Where to begin with Agnieszka Holland

Your next obsession: the politically charged human dramas of Agnieszka Holland. 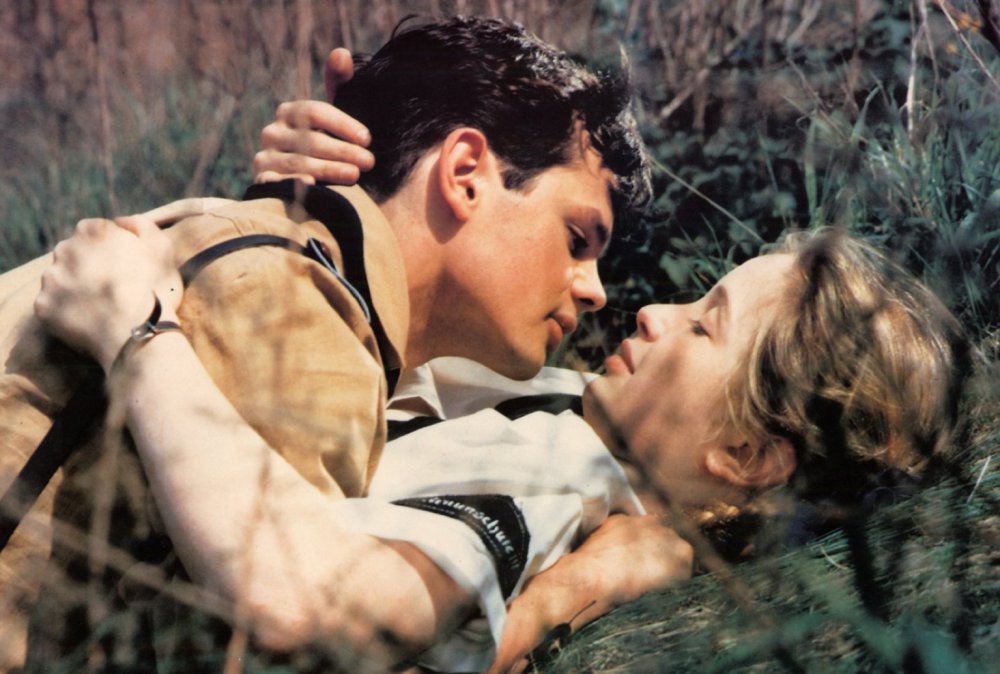 An Agnieska Holland season plays at BFI Southbank throughout April 2016.

The Faces of Agnieska Holland, an exhibition of posters for her films, is currently on display in the Atrium at BFI Southbank.

Agnieszka Holland’s filmography is vast and sprawling, both geographically and temporally, including spells in her native Poland, western Europe, the UK, Hollywood and American TV. Although individual films have had as high a profile as anything by her compatriots Andrzej Wajda and Roman Polanski (whose Rosemary’s Baby she recently remade for US television), and three of them were Oscar-nominated, her versatility means that she’s much less associated with a particular style or thematic approach. That said, her most memorable work all tends to explore ordinary people living through extreme circumstances, be they Jews during WWII (Europa Europa, In Darkness), Poles under communism (A Woman Alone) or African-Americans in Baltimore (The Wire). 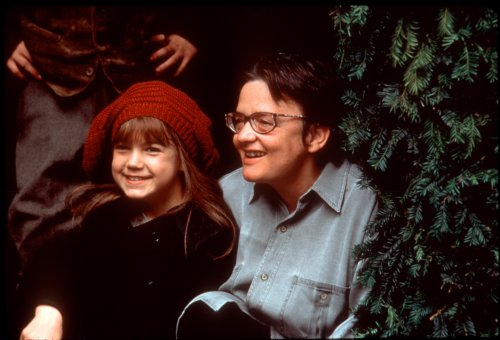 Born in 1948, she was the daughter of two journalists, her father dying 13 years later in murky circumstances while under interrogation by the secret police. She studied film at FAMU in Prague (claiming, with justification, that Czechs were making more interesting films than Poles in the mid-1960s) and began her professional career as an assistant to Krzysztof Zanussi and Andrzej Wajda, making a particularly major contribution to Man of Marble (1977) that went officially uncredited for political reasons. As he had been earlier for Polanski, Jerzy Skolimowski and Andrzej Zulawski, Wajda proved to be a crucial mentor, producing her early features through his own film unit, and hiring her to co-write the scripts of many of his 1980s productions, when both were in exile. She was also a friend and collaborator of Krzysztof Kieslowski, co-writing Three Colours: Blue (1994).

Her first three features were made in Poland – Provincial Actors (1978), Fever (1980) and A Woman Alone (1981). She was in France when martial law was declared in December 1981, and not only was the last-named film banned outright but she was refused permission to re-enter her native country. She spent the 1980s alternating between Wajda’s films and directing her own for French and West German companies. Angry Harvest (1985) and especially Europa Europa (1991) put her name on the international map when both were Oscar-nominated and the latter was a substantial arthouse hit. 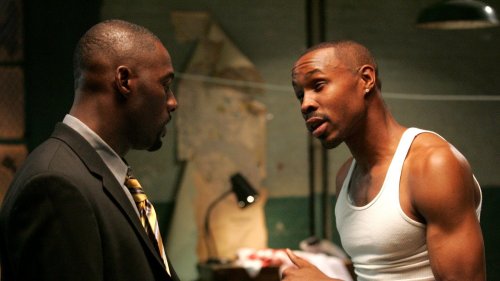 Following mainstream English-language films such as The Secret Garden (1993) and Total Eclipse (1995), an early vehicle for Leonardo DiCaprio), she spent several years working in the US on both features (starting with 1997’s Washington Square) and TV projects, including several episodes of The Wire (2004-08), Treme (2010-13), The Killing (2011-12) and House of Cards (2015). She also created the Polish political drama series Ekipa (2007) with her younger sister daughter Kasia Adamik, also a film director. In 2009, the two co-directed the Polish-Czech-Slovak co-production Janosik, about the legendary Slovak folk hero.

The two most acclaimed post-2010 entries in her filmography are In Darkness (2011), which brought her a third Oscar nomination, and the three-part Czech miniseries Burning Bush (2013) – both telling true stories of extreme personal sacrifice in Nazi-occupied Ukraine and Soviet-occupied Czechoslovakia. Now in her late 60s, long established as one of the most critically and commercially successful female directors in film history, she shows no sign of winding down – and why should she, when her former boss Andrzej Wajda is still active at 90? 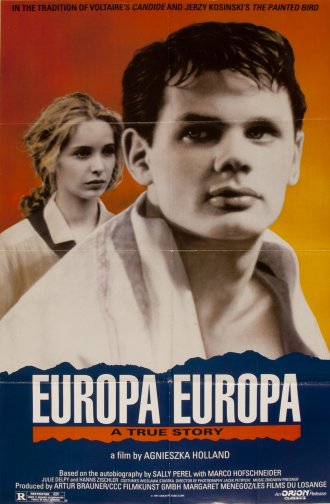 Although she’d been directing for over a decade, Holland was an obscure name even to film buffs, with her previous films generally only getting UK exposure through occasional festival screenings. Europa Europa (1991) decisively changed all that. One of the biggest arthouse hits of its year, it told a true story so astonishing as to seem quite unbelievable on first encounter (the later In Darkness has a similar effect), in which Solomon Perel (on whose memoirs the film was based) managed to escape the Holocaust by successfully pretending to be a pure ‘Aryan’ German, a pretence that nearly came unstuck on several suspenseful occasions, with intimate medical examinations posing a particular threat. (Holland is herself half-Jewish on her father’s side, and has regularly tackled the subject of anti-Semitic persecution.)

The film was controversial in certain quarters: Germany didn’t put it forward as its official candidate for a best foreign film Oscar that it might well have won, while veteran critic Roger Ebert rejected it on the curious grounds “What lesson can be learned from the freak survival of one potential victim, while millions died?” But millions disagreed, and it remains one of her standout films to this day.

Her three early Polish films are well worth a look, particularly the ensemble piece Provincial Actors (1978) and A Woman Alone (1981), although the latter comes with a warning that, even by early 1980s Polish standards, it’s quite astonishingly bleak – in fact, it was its unanswerable honesty about the plight of the poor and disabled in a system that was supposed to look out for them that triggered its lengthy domestic ban. For similar reasons, Ryszard Bugajski’s terrifying Interrogation (1982) is also a must-see – and Holland plays a significant supporting role in a film that must have struck a powerful chord given her own father’s fate under Stalinist interrogation. 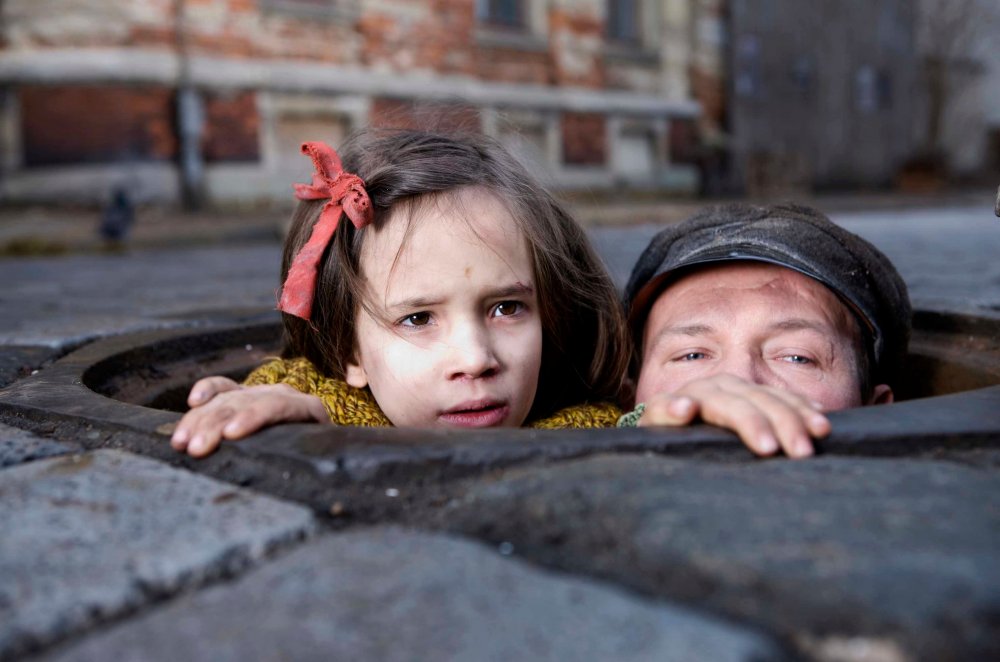 In Darkness (2011) is a more recent standout. Although David F. Shamoon’s script was written in English, Holland insisted on filming this true story of Jews hiding in the Lwów sewers in the final years of WWII in a mixture of the languages that the participants would themselves have spoken, the blend of Polish, Ukrainian, German and Hebrew serving to underscore one of the film’s less palatable messages: that despite their shared ‘victim’ status, Jews, Poles and Ukrainians frequently despised each other and certainly couldn’t be trusted as temporary protectors.

Out of her extensive television output, Burning Bush (2013) is the most obviously personal, not least because Holland oversaw the whole project. The story of Jan Palach, whose real-life self-immolation in 1969 following the Soviet invasion of his native Czechoslovakia the previous summer was one of the 20th century’s highest profile acts of martyrdom, was tailor-made for Holland, fusing as it does real-life history with compelling human drama about political dissidence and its short and long-term consequences.

Copying Beethoven (2006), about the great composer’s final years, was widely considered an artistic misfire, with the late Philip French damningly calling it “a disappointingly conventional biopic in the romantic manner of such Hollywood films as A Song to Remember and Song without End, but less funny”. 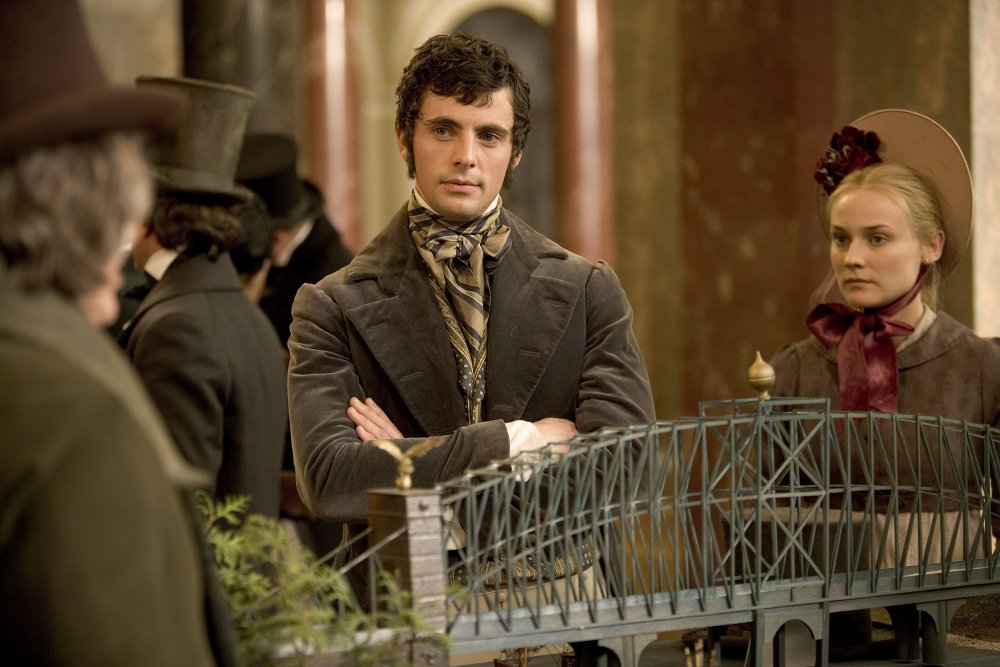 In fact, even her better English-language feature films are generally slicker and less personal than her strongest European projects, and her more interesting US directorial credits tended to be for the small screen (The Wire, Treme). Janosik: A True Story (2009) was often beautiful to look at, but it’s a very familiar saga that’s been told much more compellingly elsewhere – Janosik was central Europe’s Robin Hood, and has been a regular presence on Czech and Slovak screens. Similarly, the two-part TV movie adaptation of Rosemary’s Baby (2014), with Zoe Saldana in the role immortalised by Mia Farrow, suffered from unavoidable comparisons with the original 1968 masterpiece.

Related to Where to begin with Agnieszka Holland