Where to begin with Jean-Luc Godard – the early stuff

Your next obsession: the groundbreaking 1960s films of Jean-Luc Godard. 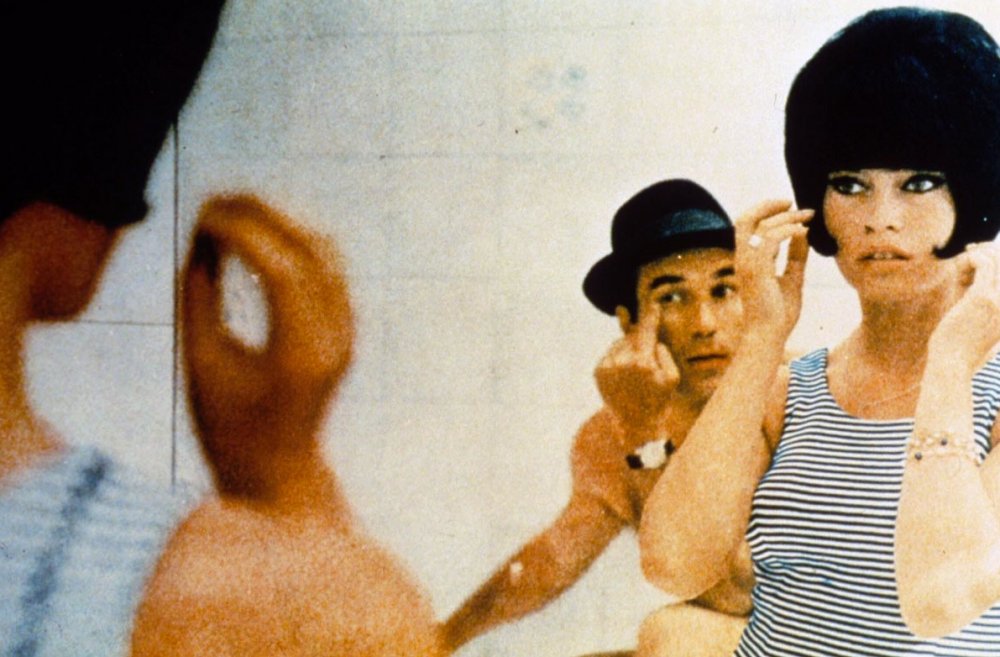 Getting to grips with Jean-Luc Godard’s early stuff will take time: every film he made between his feature debut, Breathless (1960), and taking his decisive steps away from conventional narrative cinema with Week End (1967) is worth seeing. Several form part of the essential French new wave canon and even the less vaunted titles have their moments of cinematic audacity and political provocation. François Truffaut may have coined the term ‘auteur’ in his epochal 1954 Cahiers du Cinéma article, ‘A Certain Tendency in French Cinema’, but it was his fellow enfant terrible who best embodied its ethos. 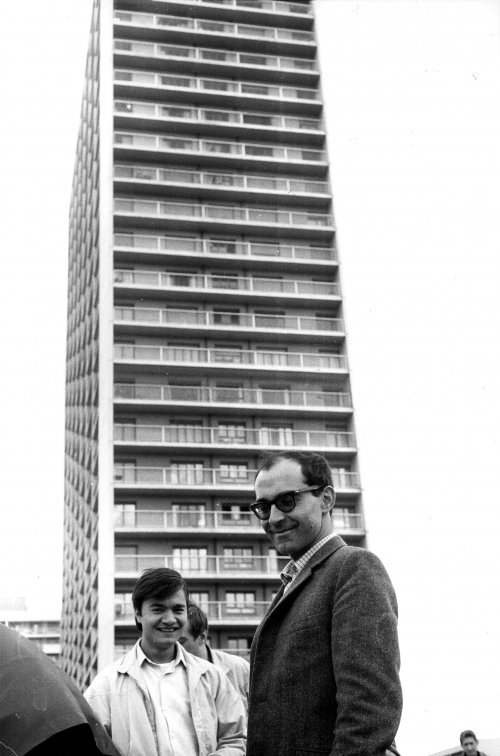 Everything Godard produces bears his signature and explores his recurringly personal themes. He sought to give cinema a new impetus and direction by harnessing its artistic and social potential. Quips like “The cinema is truth 24 frames per second” and “All you need for a movie is a gun and a girl” may have been a little glib, but they also convey Godard’s passion for his medium and his conviction that it could do more than merely provide a little escapist entertainment.

He is the most autobiographical of auteurs, whose pictures are littered with references to films, books, compositions and paintings, as well as the people, places and political ideals that have shaped his personality and psyche. No wonder critic Richard Roud declared, “there is the cinema before Godard and the cinema after Godard”, while Susan Sontag compared him to Pablo Picasso and Arnold Schoenberg as one of “the great culture heroes of our time” for not just being an iconoclast, but also for being the “deliberate ‘destroyer’ of cinema”.

Yet it’s easy to be intimidated by Godard, as he can’t abide passive spectators and keeps making demands on their intelligence and patience. “I think of myself as an essayist,” he once explained, “producing essays in novel form or novels in essay form: only instead of writing, I film them.” More revealingly, he also confessed, “I don’t really like telling a story… I prefer to use a kind of tapestry, a background on which I can embroider my own ideas.”

So, the best way to approach pre-68 Godard is to take note of the storyline and characters, but pay most attention to the visuals and the themes. As a critic, Godard had been obsessed with film. But he admitted at Cannes in 1960 that he was starting to love cinema less and it’s tempting to suggest he has spent the last 55 years searching for a self-made replacement. Truffaut lost faith in this project and denounced Godard as “a piece of shit on a pedestal”. But he predicted his own fate in a line from Alphaville (1965): “You will suffer something worse than death. You will become a legend.”

The best place to start – Breathless

It may seem invidious to start at the start, with Breathless, given that Godard once said: “a film should have a beginning, a middle and an end, but not necessarily in that order.” But it’s easier to appreciate what he was trying to achieve (and what he was reacting against) with each successive picture if they are viewed in sequence. Rarely has a debut had such a seismic impact as this paean to pulp fiction, which subverts screen convention by nonchalantly rejecting establishing shots, transitions and shot-reverse-shot sequences and replacing them with Raoul Coutard’s handheld long takes, whose raw poetry Godard periodically disrupts with jump cuts and other distancing devices such as digressions, in-jokes and cultural allusions. 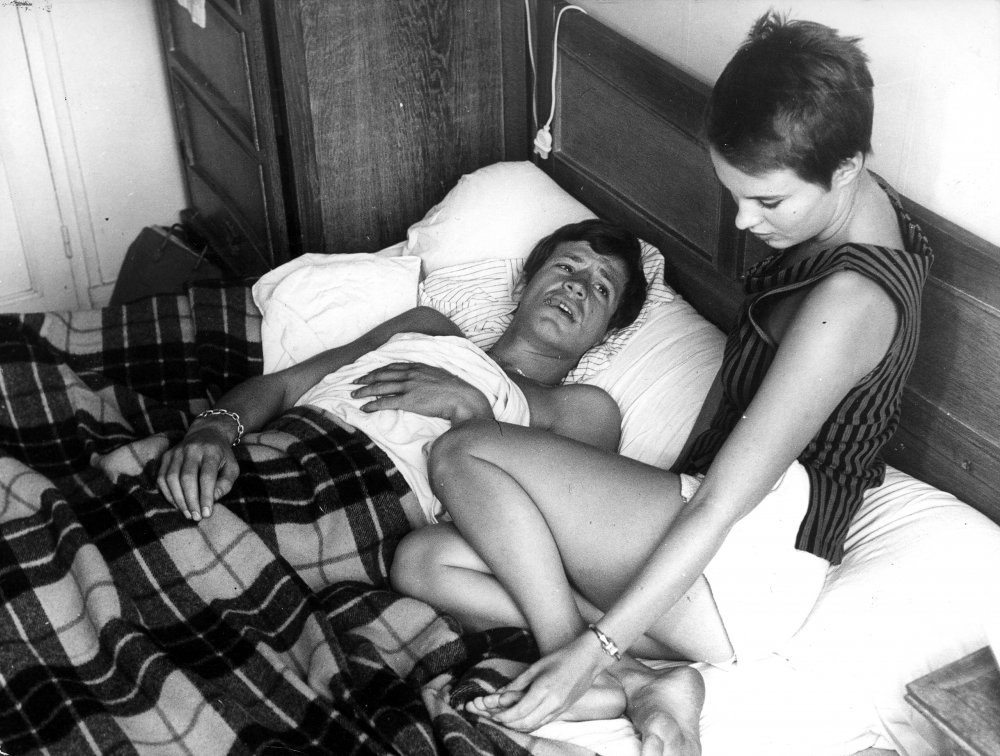 This is the epitome of personal cinema, but, as it’s dedicated to B-movie producers Monogram Pictures, Godard felt compelled to concoct a noirish plot around Jean-Paul Belmondo’s Bogart-fixated cop killer and Jean Seberg’s treacherous newspaper vendor. The result is both nostalgic and modern, exhilarating and exasperating. However, it announced Godard as a major talent who was determined to follow the advice of a fleetingly glimpsed movie poster to ‘Live Dangerously to the End’. 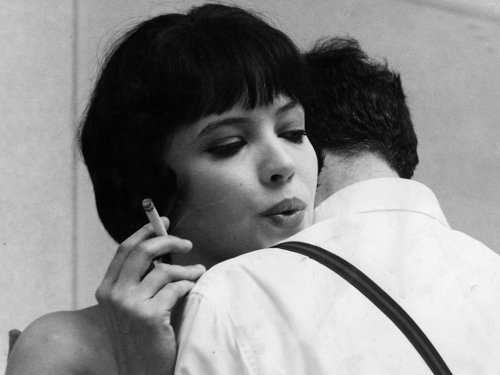 Godard opened his second feature, Le Petit Soldat (1960), with the line: “The time for action is past. I have grown older. The time for reflection has come.” Thus, the agenda was set for the next seven years, during which time just about every picture he made was about his Danish wife and muse, Anna Karina, or their tempestuous relationship. He imagined her as Cyd Charisse in the revisionist colour musical Une femme est une femme (1961), before depicting her as a prostitute in Vivre sa vie (1962).

Brigitte Bardot was cast as her stand-in in Le Mépris (1963), the closest Godard got to a Hollywood movie, albeit one about Fritz Lang trying to adapt Homer’s The Odyssey with sell-out screenwriter Michel Piccoli. Karina was back to dance the Madison in a café with Sami Frey and Claude Brasseur in the crime saga Bande à part (1964), before she saves a futuristic Paris from a super-computer in the chilling sci-fi pastiche Alphaville (1965).

The marriage was falling apart by the time they made Pierrot le fou (1965), a picaresque blend of structural experiment and socio-cultural tract, but Karina was still on Godard’s mind as he mused about Paris and suburban prostitute Marina Vlady in Two or Three Things I Know about Her (1967), in which he catches himself thinking aloud over a lengthy close-up of a cup of coffee. 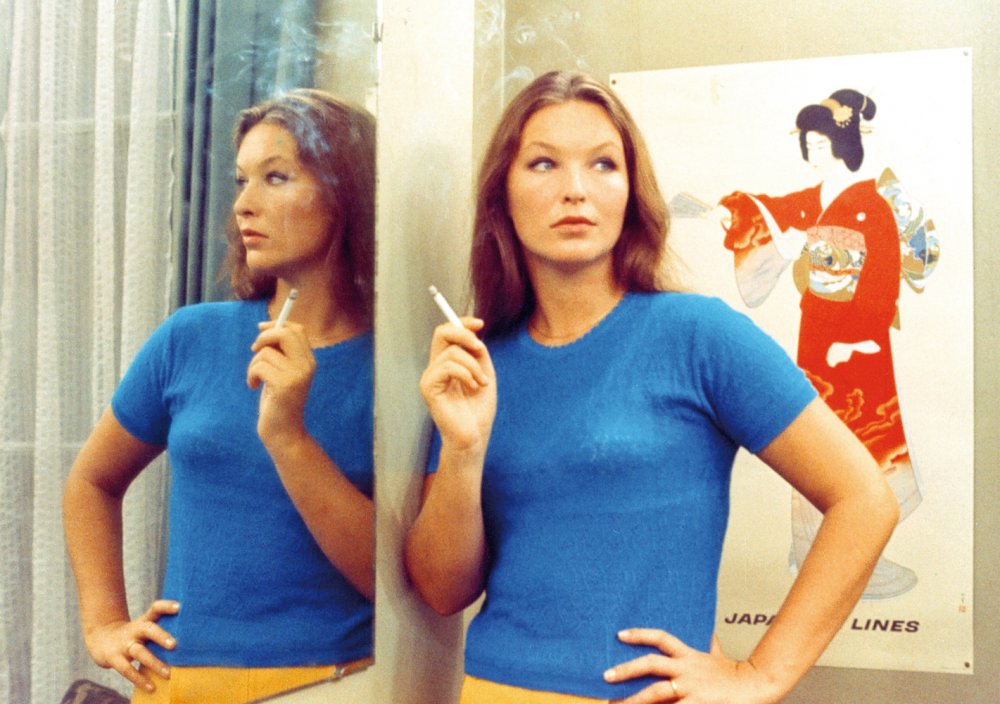 Several of Godard’s more difficult pictures from this period, including Le Petit Soldat, Les Carabiniers (1963) and La Chinoise (1967), are not currently available on disc in the UK. The exceptions are Une femme mariée (1964) and the tricky 1966 duo of Masculin Féminin and Made in U.S.A. Produced in “the era of James Bond and Vietnam” for “the children of Marx and Coca-Cola”, the former interrupts its unscripted study of a casual ménage à quatre with vérité-style interviews to provide a snapshot of mid-60s France that owes much to documentary filmmakers Jean Rouch and Chris Marker. The capricious non-linearity is even more evident in the latter, however, which pitches Karina into a dizzying misadventure in a hard-boiled wonderland. Dedicated to Nicholas Ray and Samuel Fuller, it employs a fragmentary, almost abstract editorial technique that pushed Godard closer to the captioned realisation at the end of his scandalously unavailable masterpiece, Week End – “Fin du Film. Fin du Cinéma” [End of film. End of cinema].