Where to begin with Ozploitation movies

Your next obsession: the pulp brilliance of Ozploitation. 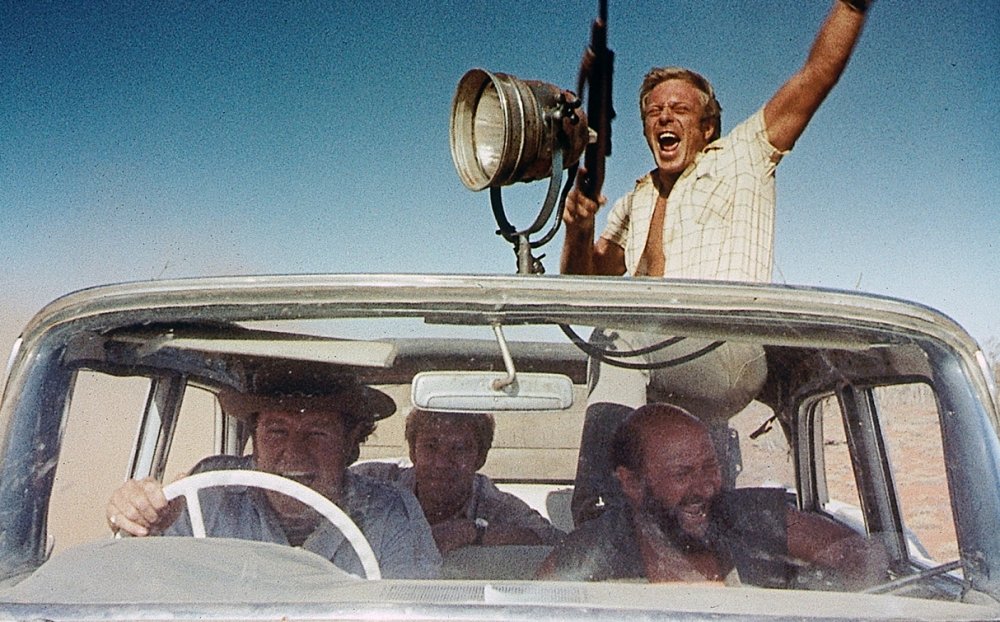 Existing within the larger Australian new wave, a period covering the early 70s to the mid/late 80s, Ozploitation movies were scuzzy, crude and sometimes bone-crunchingly violent. Many local and visiting filmmakers took full advantage of the R rating implemented in 1971 to deliver a barrage of ribald comedies, action movies and schlock horrors that were as popular with audiences as they were sniffed at by critics. Generally low budget, always anti-authoritarian and possessed of a devil-may-care attitude to social niceties and, occasionally, the safety of life and limb of their cast and crews, the Ozploitation canon is full of punky, DIY gems.

For many years, the difficulty in exploring the hugely entertaining world of Ozploitation was one of accessibility, with many of the films unavailable for home rental in Britain and rarely, if ever, shown on the big screen. Thanks to Mark Hartley’s fittingly frenetic documentary Not Quite Hollywood: The Wild, Untold Story of Ozploitation (2008), Umbrella Entertainment’s import-only four-volume, six-disc Ozploitation sets and another resurgence in the popularity of Antipodean cinema, these barriers have largely come down. The key to embracing these in-your-face movies is not to see them as standing in opposition to the more serious, critically lauded Australian films of the era – Peter Weir’s Picnic at Hanging Rock (1975) and Fred Schepisi’s The Chant of Jimmie Blacksmith (1978) for example – but to place them as comfortable bedfellows that explore similar themes: colonial history, personal freedom, alienation or the divide between urban and outback life.

Probably the best-known and most accessible Ozploitation movies are George Miller’s Mad Max series. After a 30-year gap, Miller finally returned to the world he created back in 1979 with 2015’s Mad Max: Fury Road, a hyper-kinetic two-hour action extravaganza that has thrilled both audiences and critics alike. For those yet to be initiated into the bleak and barbaric universe that Max inhabits or Ozploitation movies in general, then Miller’s original is a fine place to begin your journey down under. Less visually fetishistic than its initial sequel, 1981’s The Road Warrior, and much less sentimental than the Hollywood-infused Mad Max beyond Thunderdome (1985), Miller’s original Mad Max is a stripped back revenge tale that makes evocative use of the outskirts of Melbourne and the surrounding rural landscapes. 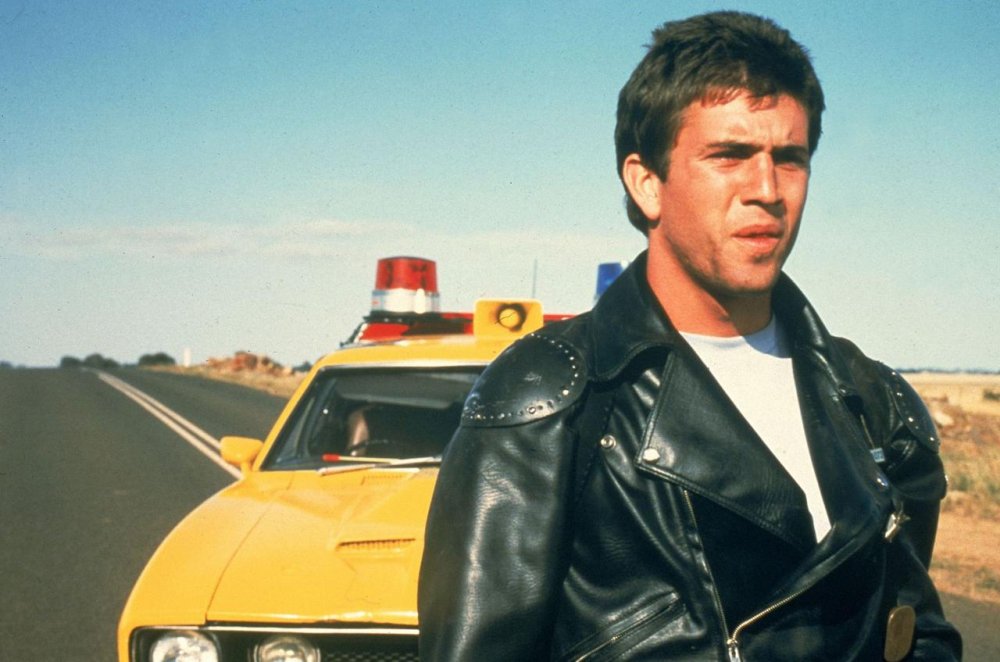 A classic example of on-the-hoof, low-budget guerrilla filmmaking, Mad Max also incorporated many exhilarating automotive stunts that would have health-and-safety officers tearing their hair out nowadays. Stunt man extraordinaire Grant Page, a regular on- and off-screen in Ozploitation movies, choreographed and performed many of the action set pieces, which proved whatever American stunt performers could do, their Aussie counterparts could do just as well.

Alternatively, Ted Kotcheff’s searing portrait of one man’s descent into a personal hell, Wake in Fright (1971), would take you back to the very beginnings of the Ozploitation cycle. An insidious, booze-sodden vision of small-town mentalities, bruising machismo and moral decrepitude, Kotcheff’s ugly masterpiece will throw you headfirst into the darker side of the human psyche. 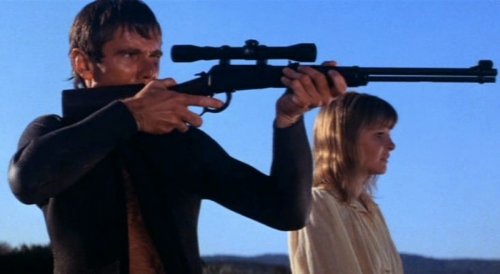 Once Miller and Kotcheff’s big-hitters are under your belt, there’s a host of Ozploitation movies to dip into at your leisure. One of the finest is Colin Eggleston’s creepy, bizarre eco-horror tale, Long Weekend (1978). This under-appreciated chiller stars John Hargreaves and Briony Behets – cannily cast against type – as a young, unsympathetic couple whose disintegrating marriage and general disrespect for nature spells disaster when they embark on a camping trip. Written by Ozploitation stalwart Everett De Roche – who penned killer-boar flick Razorback (Russell Mulcahy, 1984) and Richard Franklin’s entertaining Patrick (1978) and Road Games (1981) – Long Weekend is an unsettling slow burner with much to say about contemporary society and man’s treatment of Mother Nature.

The name of English born director Brian Trenchard-Smith is heavily associated with Ozploitation. His The Man from Hong Kong (1975), starring a post-Bond George Lazenby, Deathcheaters (1976) and Dead End Drive-in (1986) are all fun action movies. Heavy on cheese and not especially concerned with character development or narrative cohesion they may be, but their chaotic energy is hard to deny.

For a rough-around-the-edges period piece, Philippe Mora’s Mad Dog Morgan (1976) injects some graphic violence and grittiness into the traditional Bush Ranger movie. The film’s loose cannon is its star, Dennis Hopper, who delivers a trademark performance bristling with edgy intensity fuelled by his off-screen hedonism at the time. Sandy Harbutt’s cult biker movie Stone (1974) is a rough and tough thriller, and Terry Bourke’s Night of Fear (1972) is a disturbing excursion into horror featuring no dialogue. All of these movies are essential entries in the Ozploitation cycle. 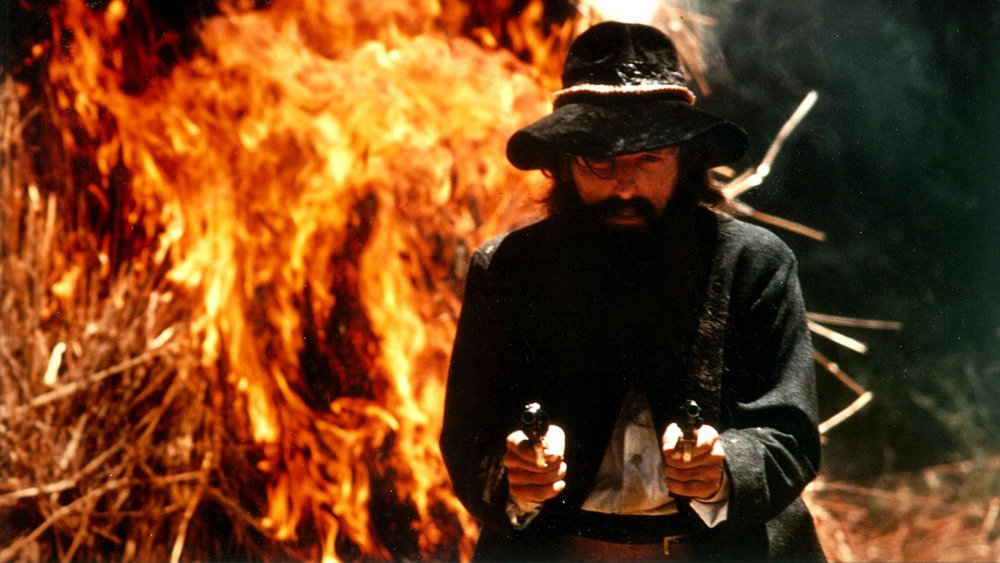 The cycle’s comedies are best left until one is fully initiated into the ways of Ozploitation. ‘Ocker’ flicks and sex-capades full of bawdy jokes, loutish behaviour, bare breasts and bodily fluids dominated the humorous Aussie movies of the era. The typical ‘Ocker’ male is vulgar, chauvinistic, crass and loves a tinnie with his mates. The films that celebrated, appealed to or satirised the ‘Ocker’ need to be approached with social and historical context very much in mind. Tim Burstall’s Stork (1971) and Alvin Purple (1973) and Bruce Beresford’s The Adventures of Barry McKenzie (1972), starring Barry Humphries, are the sub-cycle’s best-known entries. The latter two films were big hits with local audiences despite their critical mauling, spawning sequels and in Alvin Purple’s case a TV series too.

The aforementioned films, along with the likes of The True Story of Eskimo Nell (Richard Franklin, 1975), Felicity (John D. Lamond, 1978) and Fantasm (Richard Franklin as Richard Bruce, 1976) are not Ozploitation’s finest hours, and are all definitely products of their era. They are, however, interesting snapshots of a filmmaking industry reborn, untethered and ready to give the public what it appeared to want. Trenchard-Smith’s most violently OTT movie, Turkey Shoot (1982), also known as Escape 2000 and Blood Camp Thatcher, wouldn’t be a great place to begin an Ozploitation exploration either. Splatter violence and sadism are the name of the game here – it’s exploitation for sure but too low budget and sloppily executed to be a good example of a cycle of films that is well worth familiarising oneself with.