Every man for himself: The Enigma of Kaspar Hauser

The Enigma of Kaspar Hauser is the true story an adult foundling who appeared out of nowhere and mystified 1820s Germany. Geoff Andrew wonders if the original German title does more justice to one of Werner Herzog’s greatest films. 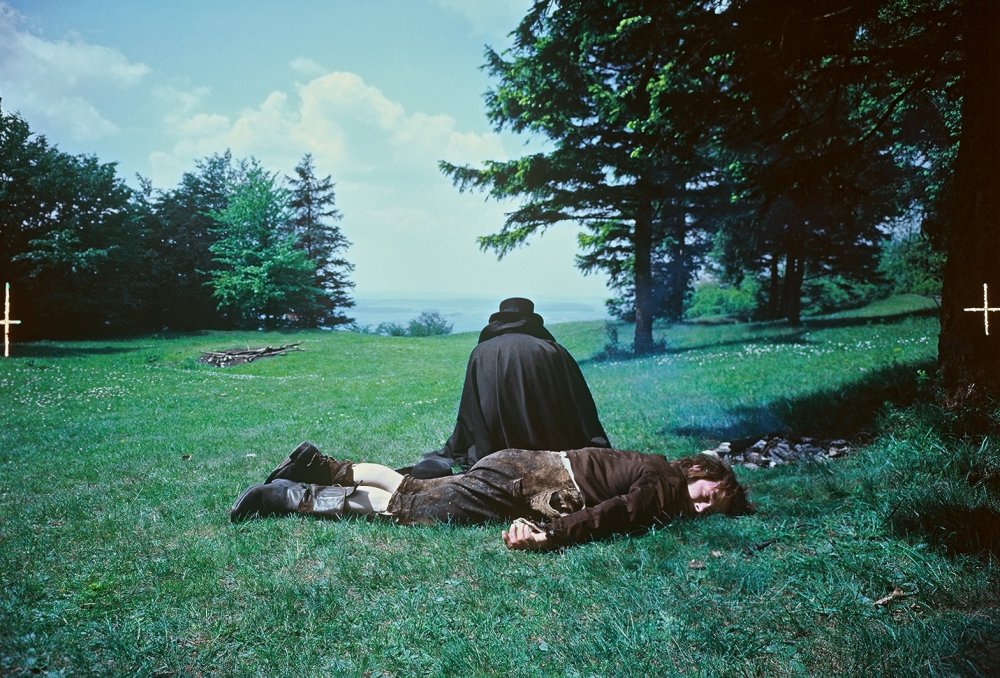 What’s in a title? Usually, for movies, choosing a title is primarily about selling the ‘product’, often by evoking memories of an earlier hit. You know the kind of thing: Before Midnight, Star Trek Into Darkness, Fast & Furious 6. Occasionally, something more original or imaginative is achieved – Behind the Candelabra, The Act of Killing, Like Someone in Love – where the need to make the movie sound attractive is balanced with a desire to give an idea, through nuanced description, allusion or metaphor, of what the film is really about.

Then there are titles that give little or no indication of a film’s subject matter, mood or genre: Chasing Mavericks (about surfing), The East (eco-terrorism), Summer in February (adultery among artists). Still, let’s be charitable: these last three are at least more ambitious (if less evocative) than Renoir – though since the film’s about the painter and his filmmaker son, not a Bloomsbury cinema, it should perhaps have been called Renoirs. 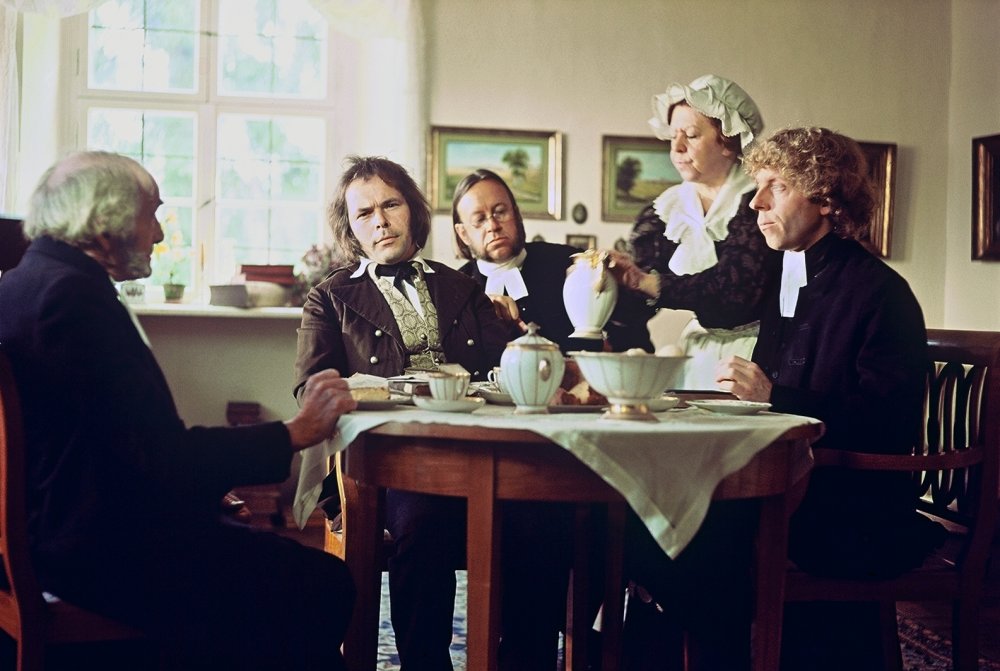 A title can tell us a lot or very little. All the above were taken from the reviews pages of the July issue of Sight & Sound, but look at the titles in the second part of BFI Southbank’s ongoing retrospective of films by Werner Herzog. If Rescue Dawn (2006) – arguably his most Hollywoodian film – and Invincible (2001) are a bit vague, most belong to the second category mentioned above, in that the title refers directly or alludes in some fairly clear way to the subject of the film in question.

What’s interesting about Herzog’s titles is the discrepancy that can exist between the original German and the English-language version. With Little Dieter Needs to Fly (Flucht aus Laos – ‘Escape from Laos’) and Wings of Hope (Julianes Sturz in den Dschungel – ‘Juliane’s crash in the jungle’), the German titles may be less ‘poetic’ but they are noticeably more specific.

But there’s one film where the English title – The Enigma of Kaspar Hauser – is more matter of fact compared to the German original: Jeder für sich und Gott gegen alle, which means ‘Each for himself and God against all’. 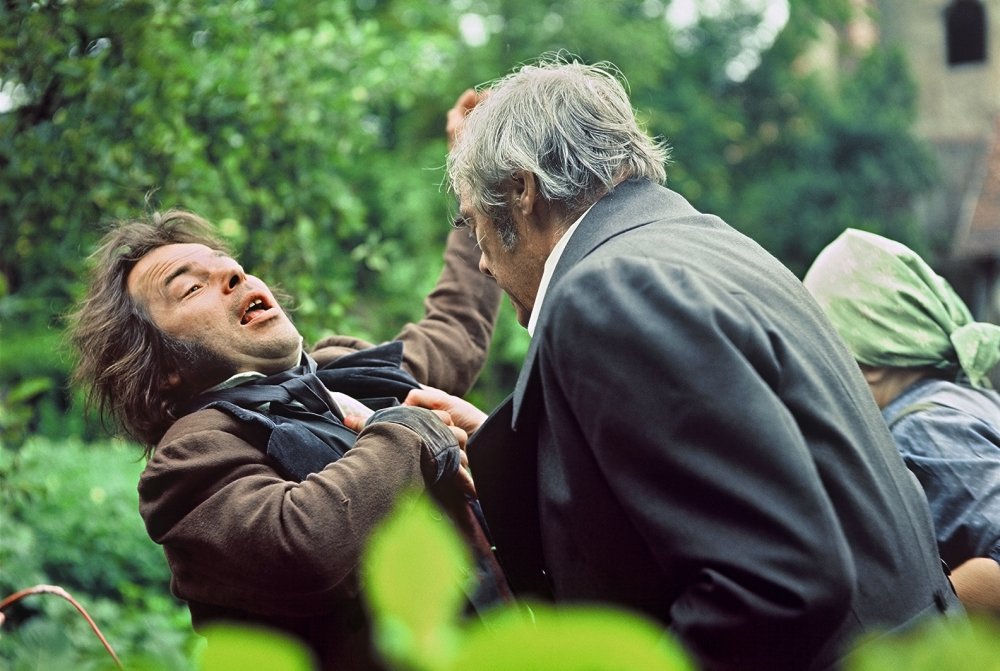 The discrepancy here is revealing. In Germany, the true story of Kaspar Hauser is relatively well known. He turned up out of the blue in 1820s Nuremberg, a grown youth barely able to walk or talk. He was interrogated, put on display and discussed until his likewise mysterious demise half a decade later.

Theories have abounded as to the foundling’s true origins and identity, and books, plays and other films have dealt with the mystery. Outside of Germany, at least until Herzog bestowed his marvellous film upon the world, both Kaspar and his enigma were largely unknown. Accordingly, few foreign territories opted for a direct translation of the original title. 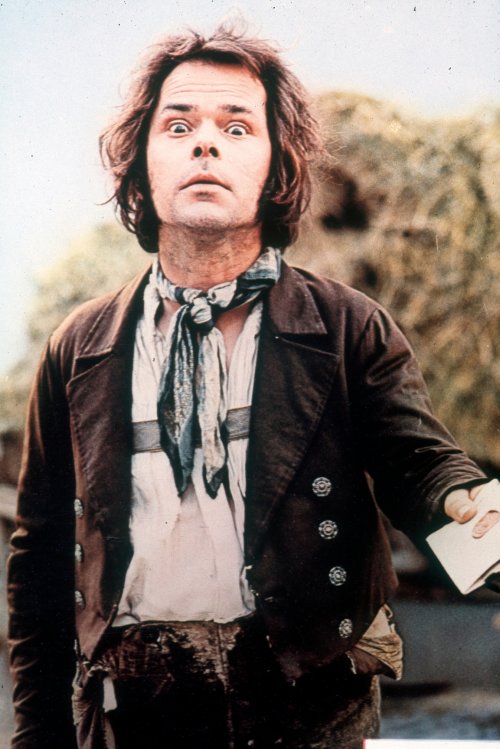 One can see why the film was released here and elsewhere with both the protagonist’s name and what was distinctive about him featured in the title. In other words, the film was sold by suggesting what it was about, which was wise given that it boasted no stars and was made by someone then still unfamiliar to most cinemagoers. (The ‘New German Cinema’ was yet to be discovered by all but a few avid cinephiles.) That said, I’d argue that the German title remains more subtly evocative than the seemingly more specific foreign-language version.

Herzog isn’t, in fact, very concerned with the ‘enigma’ of Hauser’s origins, identity or fate; for him those are incidental to what Hauser’s predicament – his position as an ‘innocent’ thrust into the social and ethical straitjacket we like to call ‘civilisation’ – enables him to say about what he sees as the human condition.

Hence the proverbial title and its sorrowing comment on the way individuals treat one another and on the futility – or folly – of seeking help from a greater power. But there’s an irony here: where the German title hints at universal relevance, the film itself refrains from abstract generalisations, dealing instead in very detailed specifics.

Kaspar could not be more ‘particularised’ – instead of a professional actor, Herzog chose Bruno S, himself a social outcast whose behaviour and manner of speaking firmly rooted the character he was playing in a very tangible ‘reality’. Moreover, the story favours moments of intimate interaction over scenes with overt ‘big’ statements.

Working outwards from the individual to the wider world, Herzog privileges Kaspar’s point of view – even his dreams – so that we may share his bemusement at what he encounters in his new life. It’s a strategy the writer-director has often adopted over the years, even to the extent of imagining, in works like Fata Morgana (1971), Lessons of Darkness (1992) and The Wild Blue Yonder (2005), how aliens might regard humanity’s ambitions and achievements. 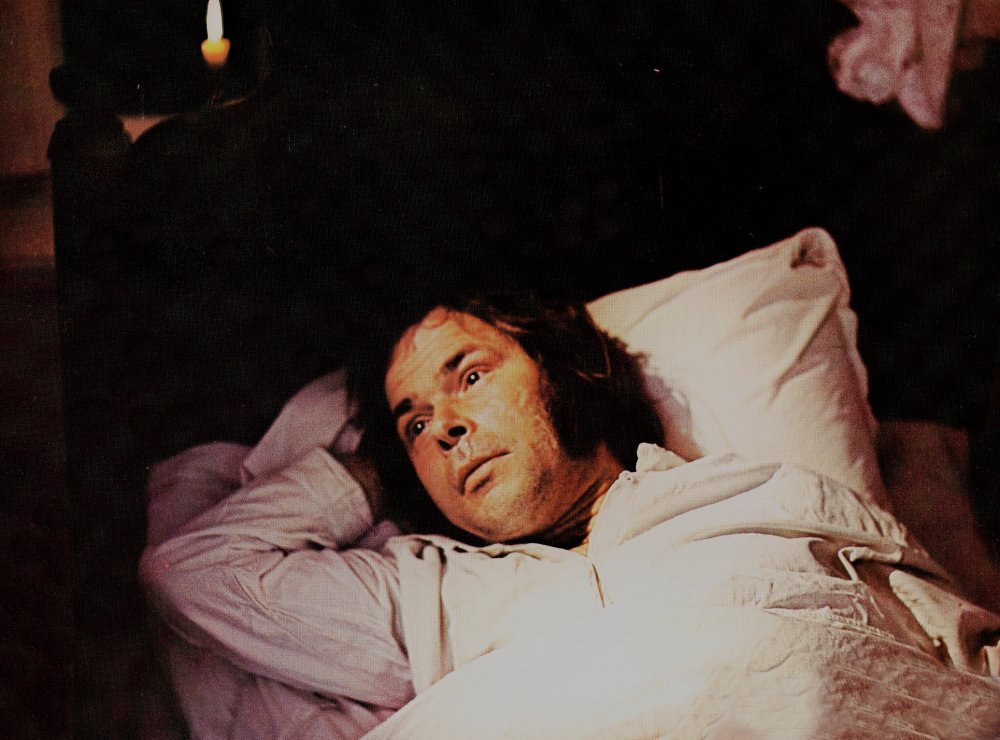 But Kaspar is no alien: he’s human, and we can see, hear and feel how much of his disenchantment with ‘civilisation’ is shared both by the actor playing him and by the film’s creator. We can also sense how much Herzog liked and respected Bruno. It shows, just as his unsentimental compassion for the deaf-blind in The Enigma of Kaspar Hauser’s non-fiction predecessor Land of Silence and Darkness (1971) – now there’s a title! – is immediately evident.

Though Herzog is a remarkable filmmaker, it’s probably fair to say that he’s not best known for making movies that touch the heart. But with his spellbinding magical mystery tour of the very particular land of silence and darkness that is inhabited by Kaspar – and quite regardless of whichever title you may prefer – he did precisely that.