There’s a gold rush going in the world of branded filmmaking, and each year the EVCOM awards celebrate this burgeoning sector of Britain’s creative industries. BFI curator Patrick Russell was there to parse the winners. 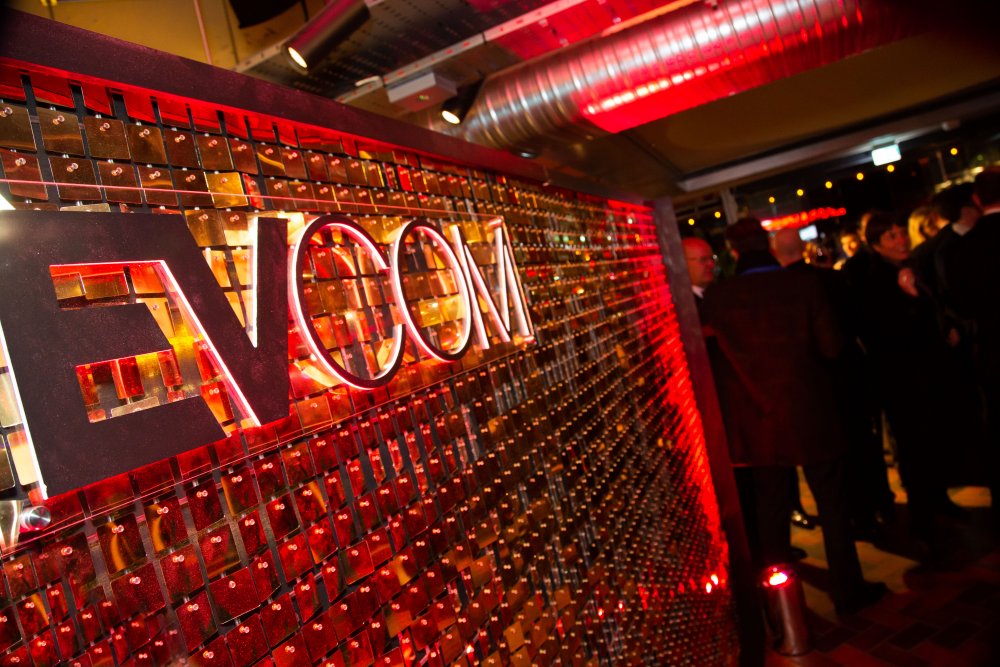 The EVCOM London Film Awards are always good value for observers of the video age. They’re a barometer of when, why and how the working world turns to the art of film to negotiate its ever shifting relationship with the world at large. It’s a game as old as the hills (filmmakers have been working with industries, governments and charities since Edwardian times) but one whose rules change with each generation.

EVCOM represents producers of screen content commissioned by public, private and third sectors, almost all now made for digital distribution either on the internet or through intranets. In reporting this event, which was held at BFI Southbank this year, I declare an interest, having been a judge for some of this year’s categories: a fascinating experience, if a daunting one given just how much institutionally commissioned film is now being made.

The awards also highlight key production players: a mix of veteran production companies and newer agencies. Lastly, by drawing attention to some cracking projects, delivered with creativity and craftsmanship to challenging briefs and budgets, EVCOM’s awards demonstrate the centrality of London, among many media cities worldwide, to this truly global field.

So who walked away with gongs?

After an astonishing 28 years in the business, The Edge Picture Company remain at the top of their game. Well known for cinematically polished dramas and documentaries, their winning projects this year illustrate their versatility, embracing too a certain homeliness well-suited to social media. Indeed, they won gold for best use of film in a wider digital campaign: the video flagship, fronted by Andy Parsons, for the Facebook-centred, HAVAS-sponsored Campaign to End Loneliness. They also produced this year’s best recruitment project The Wow Show, for the Construction Industry Training Board (CITB), whose trailer is here.

This year, CITB were also a commissioning client for another highly respected producer, Pukka Films, whose strapline is ‘Films that save lives’. Not for the first time Pukka took health and safety gold, for a CITB training programme benefiting from the production company’s characteristically assured balance of emotion and information:

I’m old enough to remember when Casual Films were new kids on the block early this decade. Now firmly established, with offices on both US coasts exemplifying the growing presence of UK producers overseas, they’re still producing plenty of work from their original London base. Best sales film went to a project for PWC (not in the public domain), while best brand communication was this typically clever, environmentally themed film for RB:

The above are all brand video specialists, but Polar Media straddle the corporate, broadcast and VFX worlds, specialising in animation as well as documentary. Working for BP (perhaps the most film-friendly of all multinationals), they won EVCOM’s animation award for the superbly detailed and lifelike Frogs.

Plastic Pictures and Media Zoo are both headed by dynamic female filmmakers – Sara Cooper and Rachel Pendered respectively. Plastic nabbed EVCOM’s best direction prize for their bitesize promos for the Amazon Alexa and best script for the futurological We Elevate, which went viral on Facebook. Media Zoo won editing gold for their film Hidden, but really hit home with Drowning, produced for charity Surviving Economic Abuse. Seizing three gold awards, it was the most accoladed film of the night.

By blending careful background research, emotional intelligence, a clever concept and fine execution (positively hair-raising in fact: it’s done without any VFX), Drowning exemplifies the industry’s skills. The UK ‘corporate’ film has long been paradoxically positioned. As equivalent global awards at Cannes and New York repeatedly demonstrate, Britain hosts the most inventive and efficient of all national counterparts. Yet it remains a bit of a Cinderella sector at home, relative to cinema, TV, advertising and videogames. Moreover, it’s changing, as ad agencies join the ‘branded content’ gold rush, comms companies build up video arms, and increasingly many corporates, NGOs and public agencies invest in in-house videography units.

There are, in short, a whole host of new players for the big beasts of the EVCOM world to compete with – not to mention a growing number of other awards schemes, from Britain’s Charity Film Awards and Brand Film Festival to the video categories of international online media competitions like the Drum Content Awards and the Webbys.

In this crowded field, EVCOM’s strength is breadth, depth and a rich heritage. It sits in direct descent from organisations among us some 60 years ago, and at the junction of paths that ultimately lead to none other than John Grierson, father of both documentary and of the idea that film can and should be the most powerful of all tools for civic engagement.

Connecting that potent past to a vibrant present and an uncertain future: that is the challenge that this impressive, intriguing but increasingly fragmented industry faces.