We remember the producer of popular British action films including Who Dares Wins and The Wild Geese, who received unlikely acclaim from Stanley Kubrick. 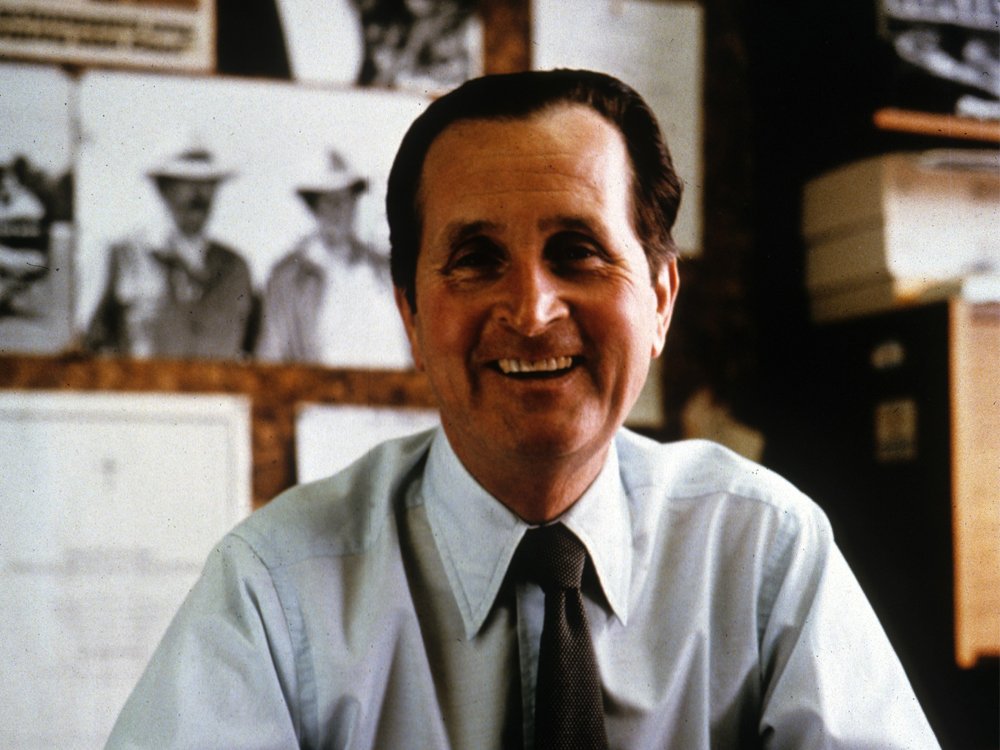 Lloyd stood alone within the depressed British film industry of the late 1970s and early 1980s as a producer with the self-belief, charisma and bluff to mount large-scale independent action-adventure films, such as The Wild Geese (1978) and Who Dares Wins (1982). A brazen, against-the-odds ambition, an old-fashioned world view, ageing stars and a journeyman crew of familiar names who returned with each production: these are the characteristics of a ‘Euan Lloyd Production’. His films sometimes made a loss but, as a recognised stalwart of the industry, he always managed to get the next project off the ground, even re-mortgaging his house for funding in one instance.

Born in Rugby in 1923, he worked during the war as a publicist for J. Arthur Rank’s Eagle-Lion Films, then, in 1951, for the newly-established Variety Club. Through his friend Alan Ladd, he got a job as a production assistant at Cubby Broccoli and Irving Allen’s Warwick Films, working on such productions as The Cockleshell Heroes (1955) and Zarak (1956) and writing, directing and producing several travelogue films.

After a short stint as production assistant to Carl Foreman, he received an offer from Richard Widmark to co-produce the espionage story The Secret Ways (1961). This in turn led to associate producer roles on two Irving Allen productions: Genghis Khan (1965) and Murderers’ Row (1966).

Another former Warwick man, director Terence Young, invited Lloyd to co-produce Danger Grows Wild (1966), an anti-drugs film based on a story by Ian Fleming and funded by the United Nations. Lloyd managed to assemble a striking cast, including Rita Hayworth, Eli Wallach, Yul Brynner, Omar Sharif, Trevor Howard, Anthony Quayle and Jack Hawkins, all of whom agreed to a 12-week shooting schedule for $1 apiece.

Lloyd then made his way to Hollywood, where he acquired the rights to Louis L’Amour’s popular Western novel ‘Shalako’, a tale of Europeans on a Wild West hunting safari who stray into an Apache reservation. Lloyd boldly cast Sean Connery in the lead, alongside Brigitte Bardot, Stephen Boyd, Woody Strode and Honor Blackman, with veteran Edward Dmytryk directing. Shalako (1968) was funded by no less than 36 independent distributors from territories around the world, with Connery, in his first post-Bond role, securing his first $1 million salary. Lloyd followed Shalako with two further L’Amour adaptations: the MGM-financed comedy western Catlow (1971) starring Richard Crenna, Leonard Nimoy and Yul Brynner; and the independent Italian/Spanish/British co-production The Man Called Noon (1973), again starring Crenna, this time alongside Farley Granger and Stephen Boyd.

Lloyd’s next production, Paper Tiger (1975), was an unusual family film with thriller elements set in the Far East and starring David Niven, Toshiro Mifune and Hardy Krüger. But it was the much-loved ‘Boy’s Own’ adventure The Wild Geese that would give him his biggest success.

Adapted by Reginald Rose from an unpublished war adventure about mercenaries in Africa, The Wild Geese harked back to the classic Alistair MacLean adaptations The Guns of Navarone (1967) and Where Eagles Dare (1968). The cast included Richard Burton, Richard Harris, Roger Moore and Hardy Kruger. Burton’s lead character was reputedly based upon real-life Irish mercenary Col. Mike Hoare, a soldier-for-hire who became renowned during the Congo Crisis of 1965-66. Hoare served as military adviser on the film. On John Ford’s recommendation, Western veteran Andrew V. McLaglen was hired to direct. Despite controversially being filmed in apartheid South Africa (which led to the international premiere being picketed), and with only a limited theatrical release in America (due to the collapse of distributor Allied Artists), The Wild Geese was a huge worldwide hit, becoming the 14th highest grossing film of 1978. 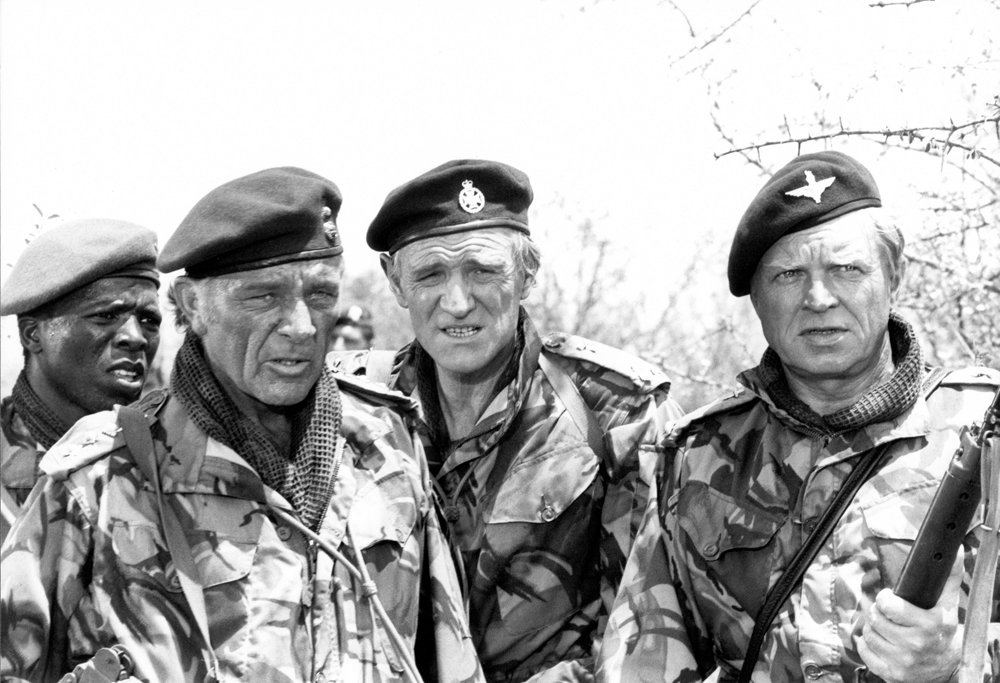 He followed this with the similarly-styled adventure The Sea Wolves (1980) which tells the true story of the Calcutta Light Horse, a reserve British Indian Army regiment who came out of retirement during WWII to perform one last daring mission. The film saw Lloyd team David Niven and Gregory Peck with much of the cast and crew of The Wild Geese.

Lloyd’s next production, the controversial action film Who Dares Wins starring Lewis Collins (then known for ITV’s The Professionals, 1978-83), was made in the wake of the Iranian embassy siege of 1980. Within an hour of watching events unfold live on TV, Lloyd had registered several potential names for a film about the SAS. Although the sixth-highest grossing film at the UK box office of 1982, the film’s depiction of a militant anti-nuclear terrorist group drew condemnation from critics and anti-nuclear activists, and reinforced Lloyd’s reputation as a right-winger. However defence came from an unlikely quarter; within days of the film’s release Lloyd received a personal call from none other than Stanley Kubrick, who praised the film, adding that casting Judy Davis was nothing short of inspirational. 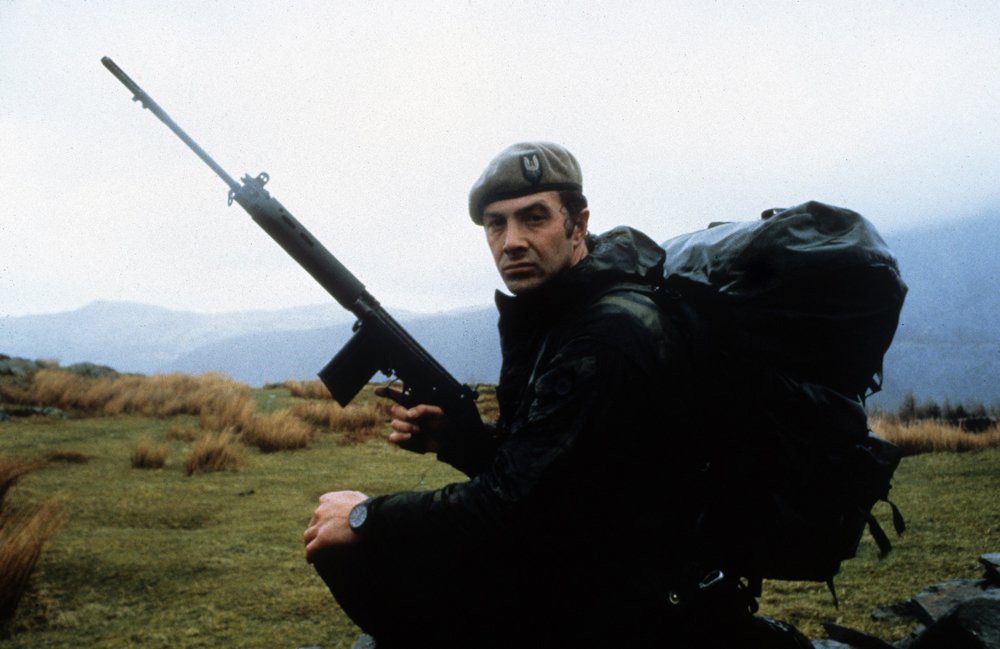 The Wild Geese II (1985), about a fictional attempt to break Rudolf Hess out of Spandau Prison, would prove to be the producer’s last film; the production was thrown into chaos when star Richard Burton died shortly before shooting began. Widely regarded as inferior to the first film, The Wild Geese II suffered at the box office and, in light of the ever more depressed state of the UK film industry, Lloyd subsequently retired.

His work was appraised in the short documentary The Last of the Gentlemen Producers (2004). Euan Lloyd passed away on 3 July 2016. Roger Moore was among the first to pay tribute to Lloyd in a statement which remembered “a true gentleman”.

James Blackford is a DVD & Blu-ray Producer at the BFI and a contributor to Sight & Sound magazine.