Kinemacolor: dazzling colour film frames from more than 100 years ago 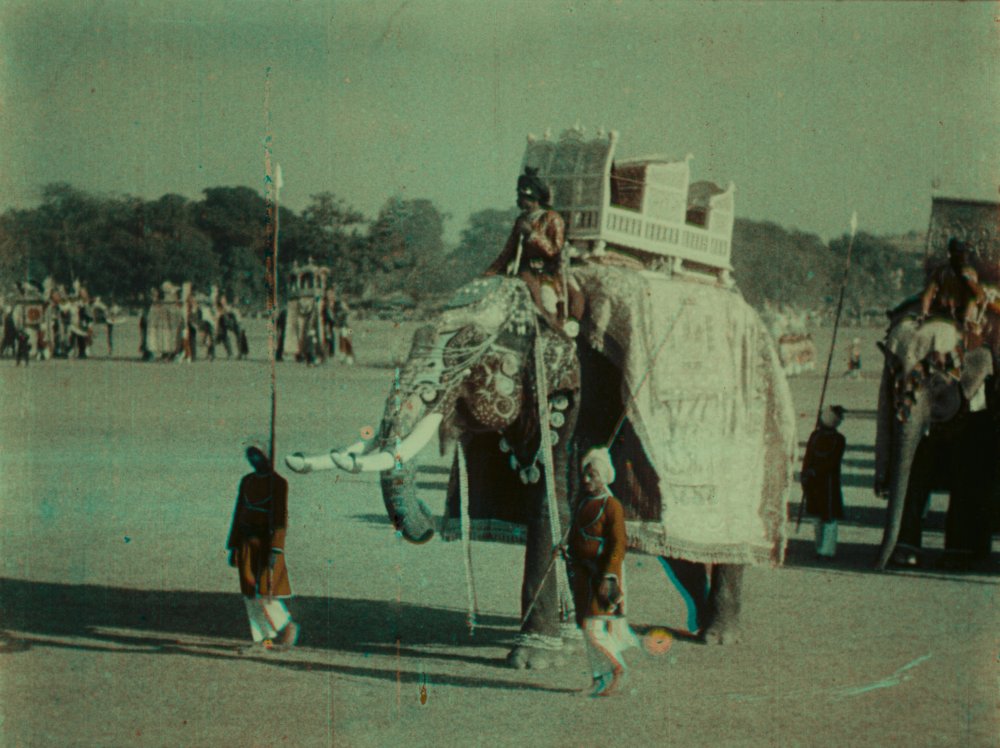 This year a programme of Kinemacolor restorations was screened for the first time in 80-odd years, at the Il Cinema Ritrovato festival in Bologna – and now they are here at the London Film Festival as part of film historian Luke McKernan’s illustrated Ernest Lindgren Lecture.

It’s difficult not to get excited by new restorations of colour film – particularly from a past we usually see only in black and white. Kinemacolor was a British natural colour system for film that lasted for a short while in the 1910s. It filmed through alternating red and green filters onto black and white stock, and the colour was recreated by projecting the film through spinning red/green discs.

There are only a handful of surviving prints, but thanks to a worldwide research and restoration effort (and the wonders of digital technology) we are able to do something that has been eluding film archivists for decades – to show these films to audiences in something like the way that was intended.

Surprisingly, the largest cache of surviving films is in Italy, at the Bologna archive, due to a connection with an Italian filmmaker, Luca Comerio, who licensed the system from Charles Urban.

The L’Immagine Ritrovata lab in Bologna has done a fantastic job of developing clever techniques to bring the films back to an audience. Elena Tammaccaro, who led the restoration project, was able to register the two-colour, successive frame system so that we can see as nearly as possible how the colour would have looked.

Bologna have issued the films as a DVD set with some other early colour films – appropriately on red and green discs. But there are also a few examples at the BFI National Archive, mostly tests by film pioneer G.A. Smith who worked away on developing the system for Urban, and two newly acquired as-yet-unrestored films, which we hope to work on soon.

Here is sneak preview of a frame from one of our newly acquired Kinemacolor prints. Percy Smith fans will recognise our favourite natural history filmmaker in a film about varieties of sweet peas: 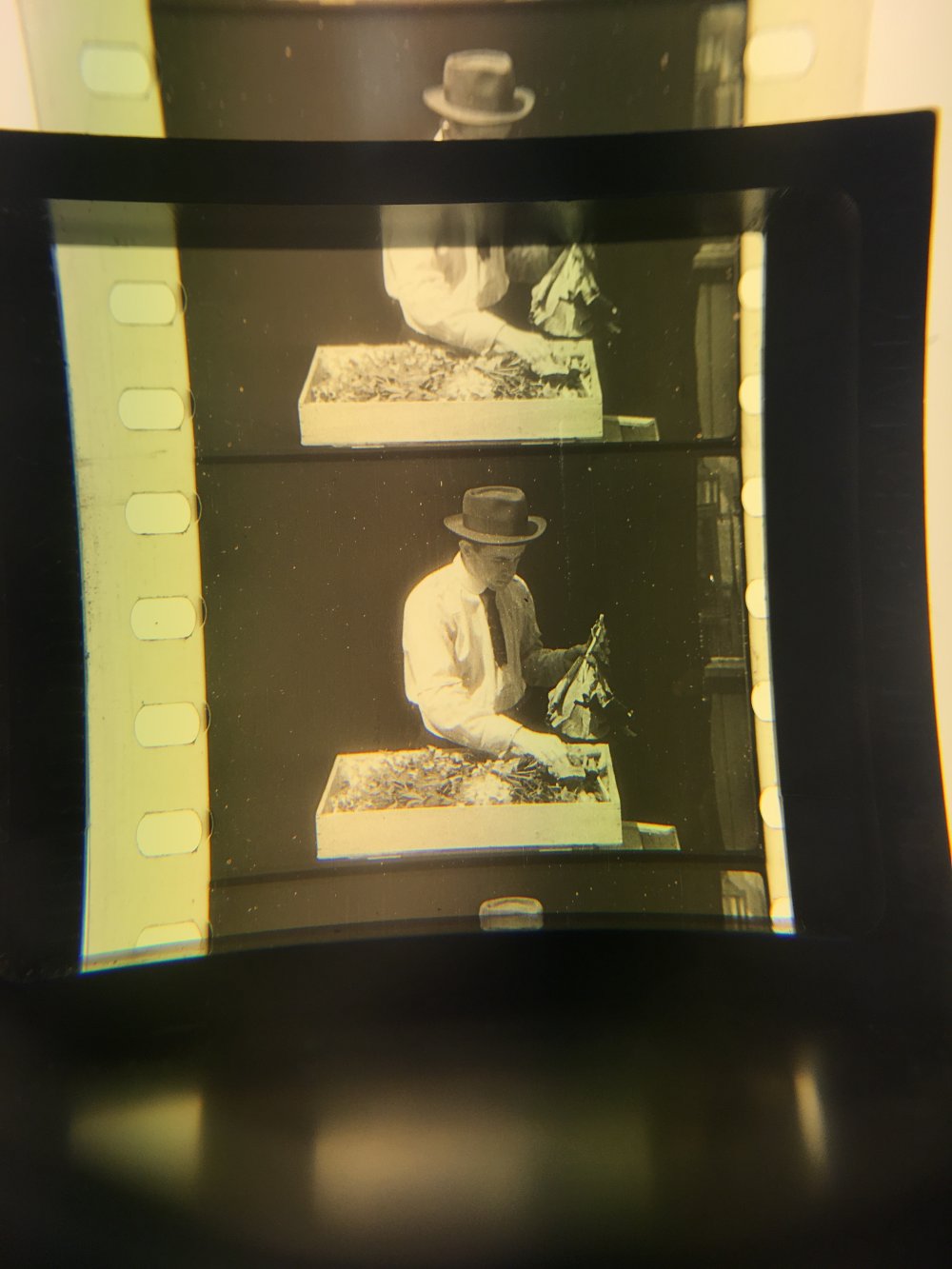 I saw my first projected Kinemacolor film many years ago at the BFI National Archive: a beautiful film taken on Lake Garda by archivist David Cleveland. Despite the ear-splitting sound of the projector as the film rattled through at 32 frames per second, and the headache-inducing flicker, it was still a magical experience. 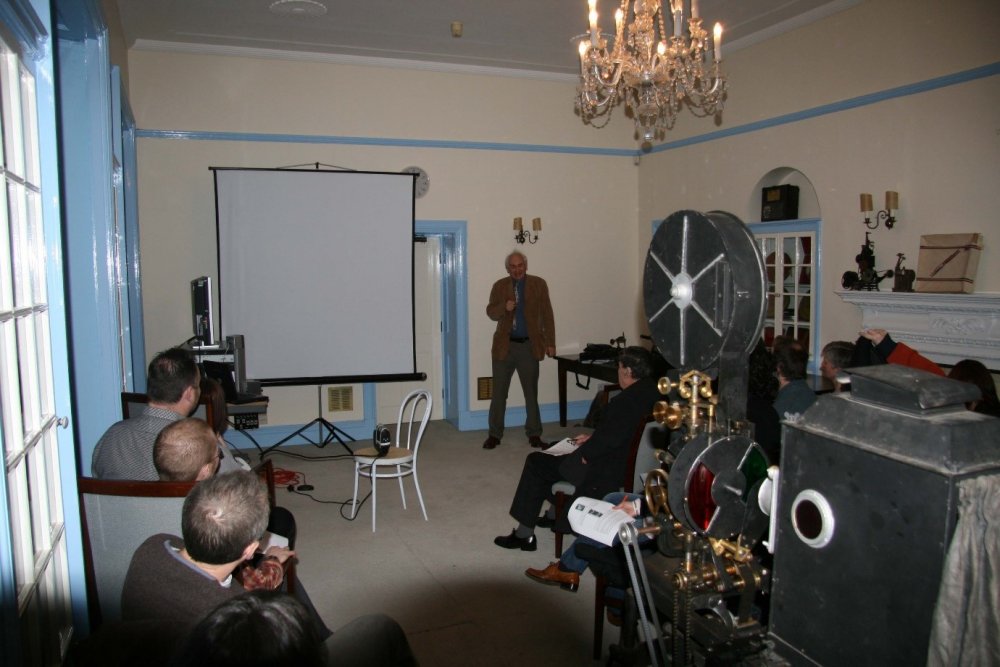 Viewing the new digital restorations is a positive pleasure. All you have to do is sit in a comfy cinema seat as we whisk you off to foreign climes for extraordinary sights, such as the magnificent processions of the 1911 Delhi Durbar or the upper reaches of the Nile. Closer to home are gorgeous views of the glorious British countryside – a farmer bringing in the harvest, the wilds of Exmoor, or wagons crossing a ford as picturesque as any Constable.

Luke McKernan, silent film historian extraordinaire and author of the definitive work on Charles Urban will be our guide. 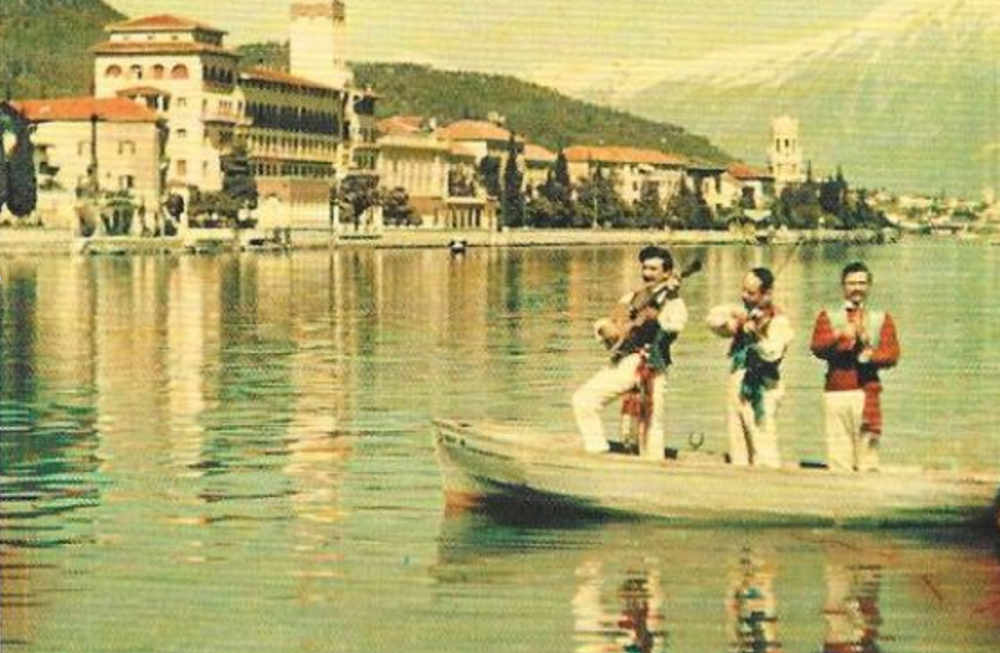 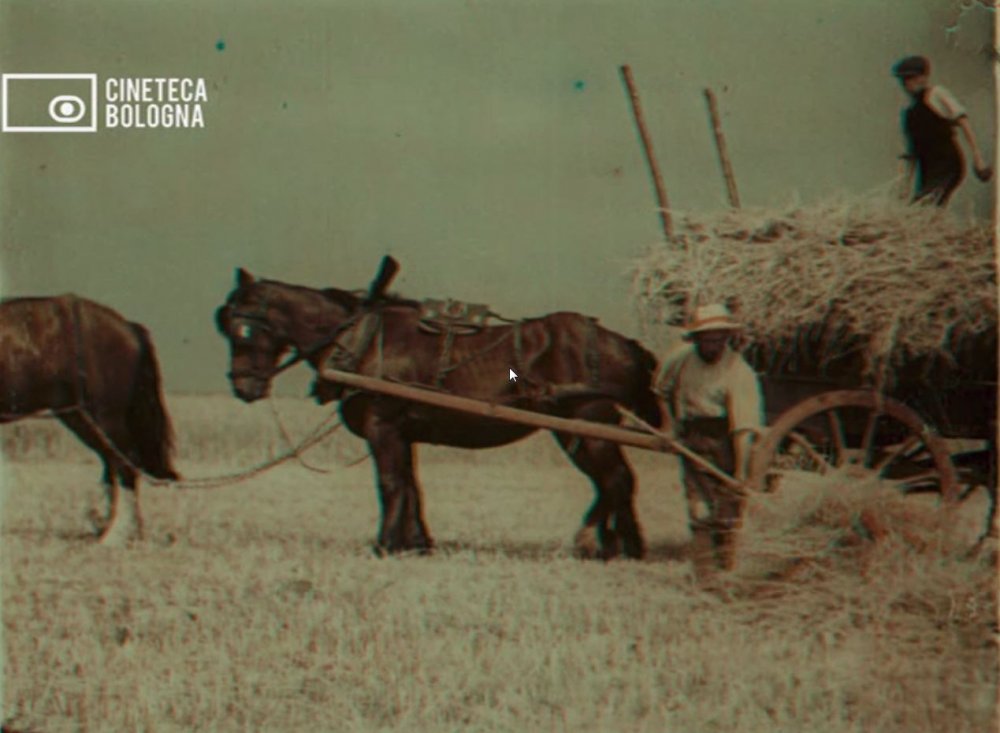 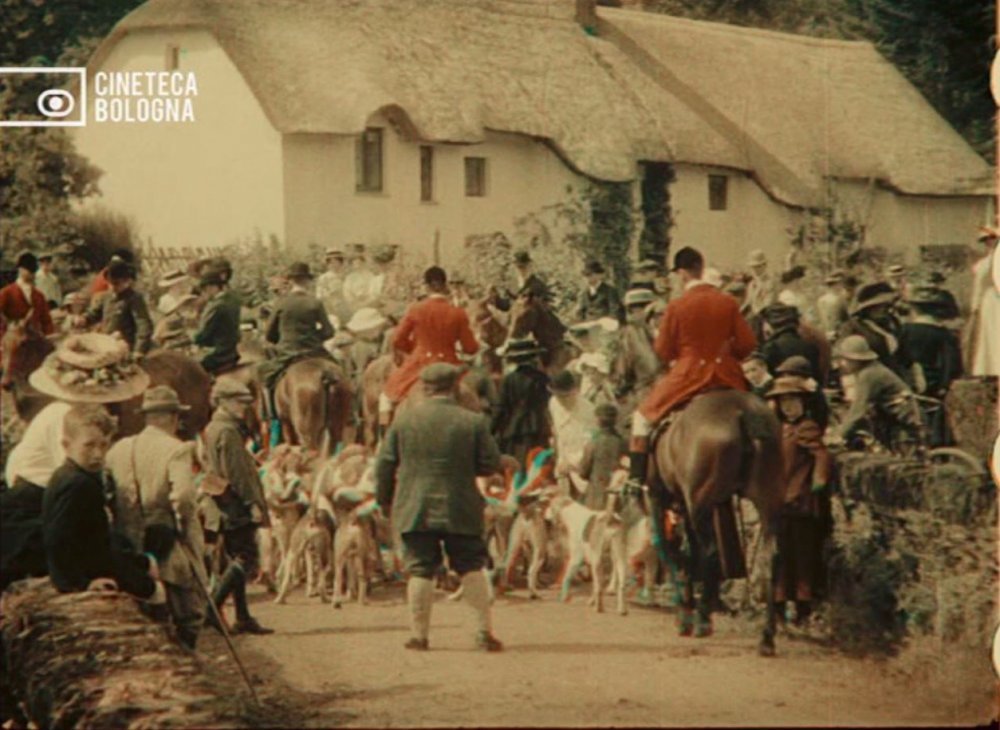 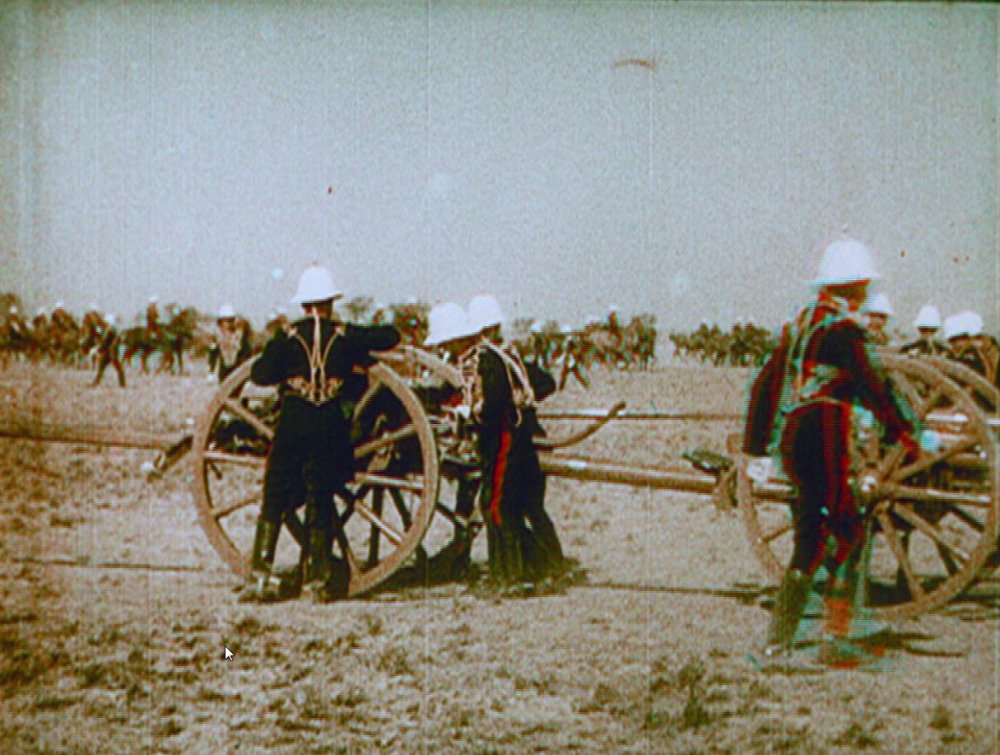