Vivid French posters for a selection of Eric Rohmer’s wonderful comedies of manners, morals and romance. 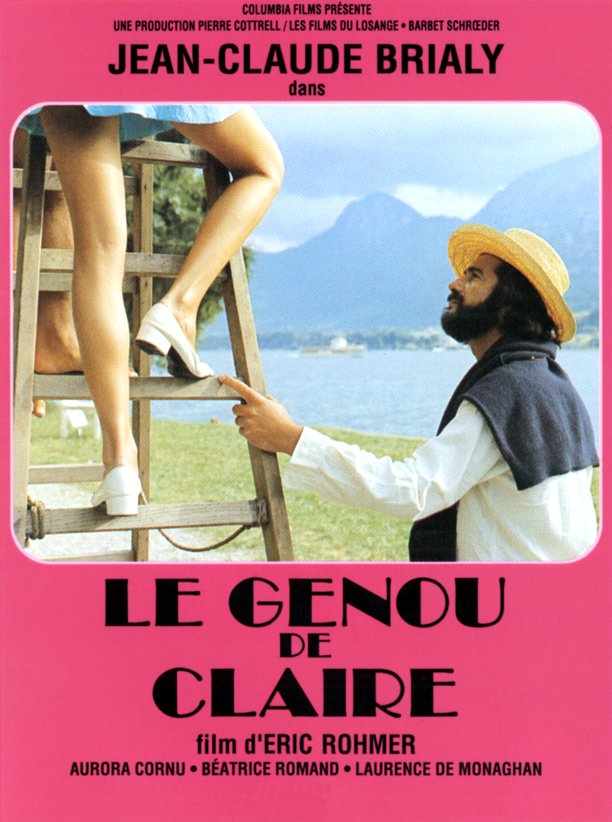 An Eric Rohmer retrospective runs at BFI Southbank until March.

A diplomat, holidaying at Lac d’Annecy before he gets married, bumps into an old flame, a novelist who wants him to provide inspiration by flirting with a friend’s young daughter. But there’s the girl’s older sister to reckon with… An elegant, sophisticated, multi-layered tale of wavering emotions and foolish play leading to unforeseen consequences. Romand and Lucchini make the first of their many memorable appearances for Rohmer. 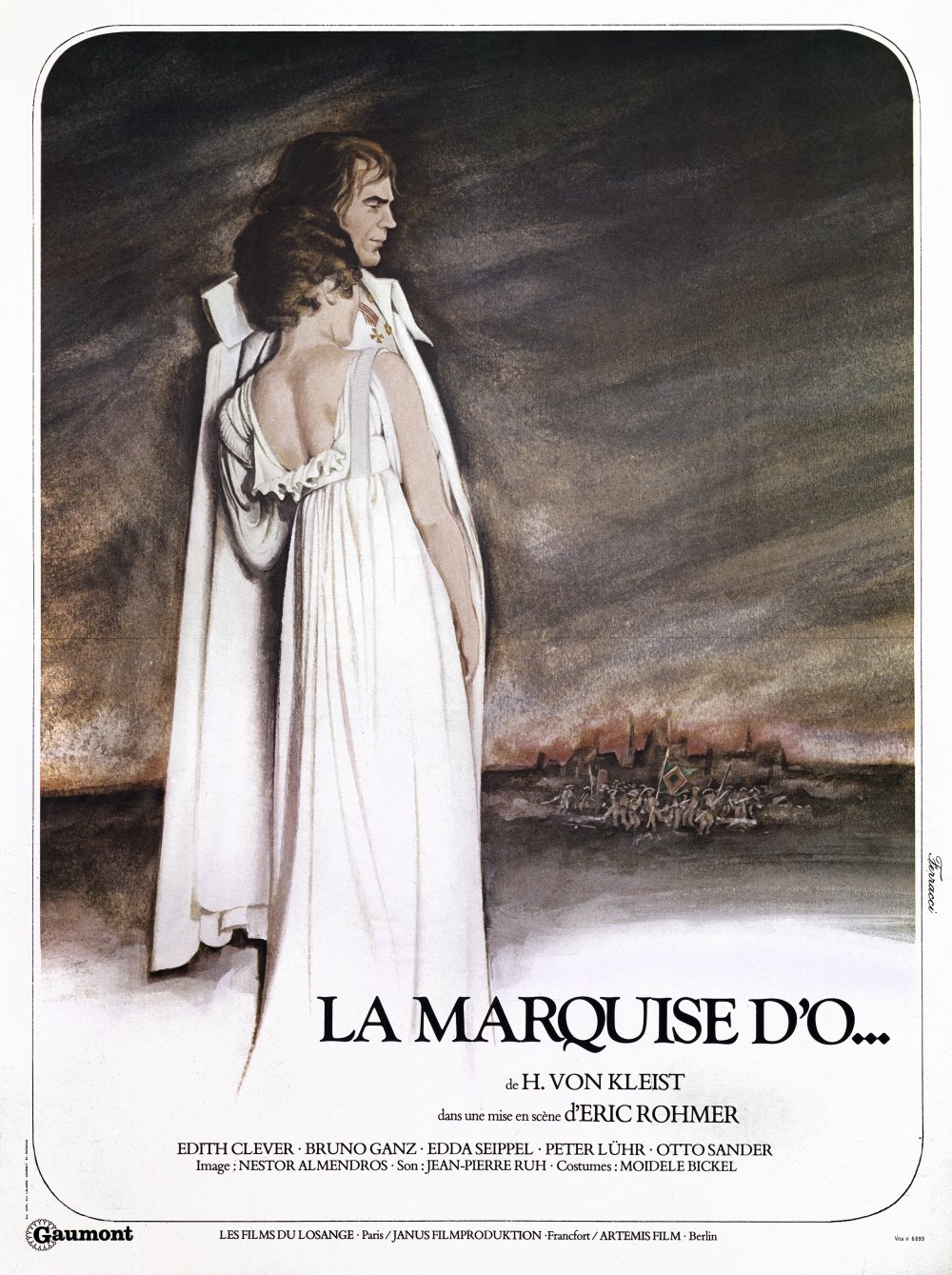 In Rohmer’s faithful, funny, very affecting adaptation of Kleist’s classic novella, set during the Napoleonic Wars, a virtuous widow finds herself mysteriously pregnant. This makes for an incisive study of the position of women in patriarchal society and of the logical absurdities that make such oppression possible. Almendros’ beautifully lit compositions, inspired by Romantic painting of the period, suit the quizzical, ironic tone. 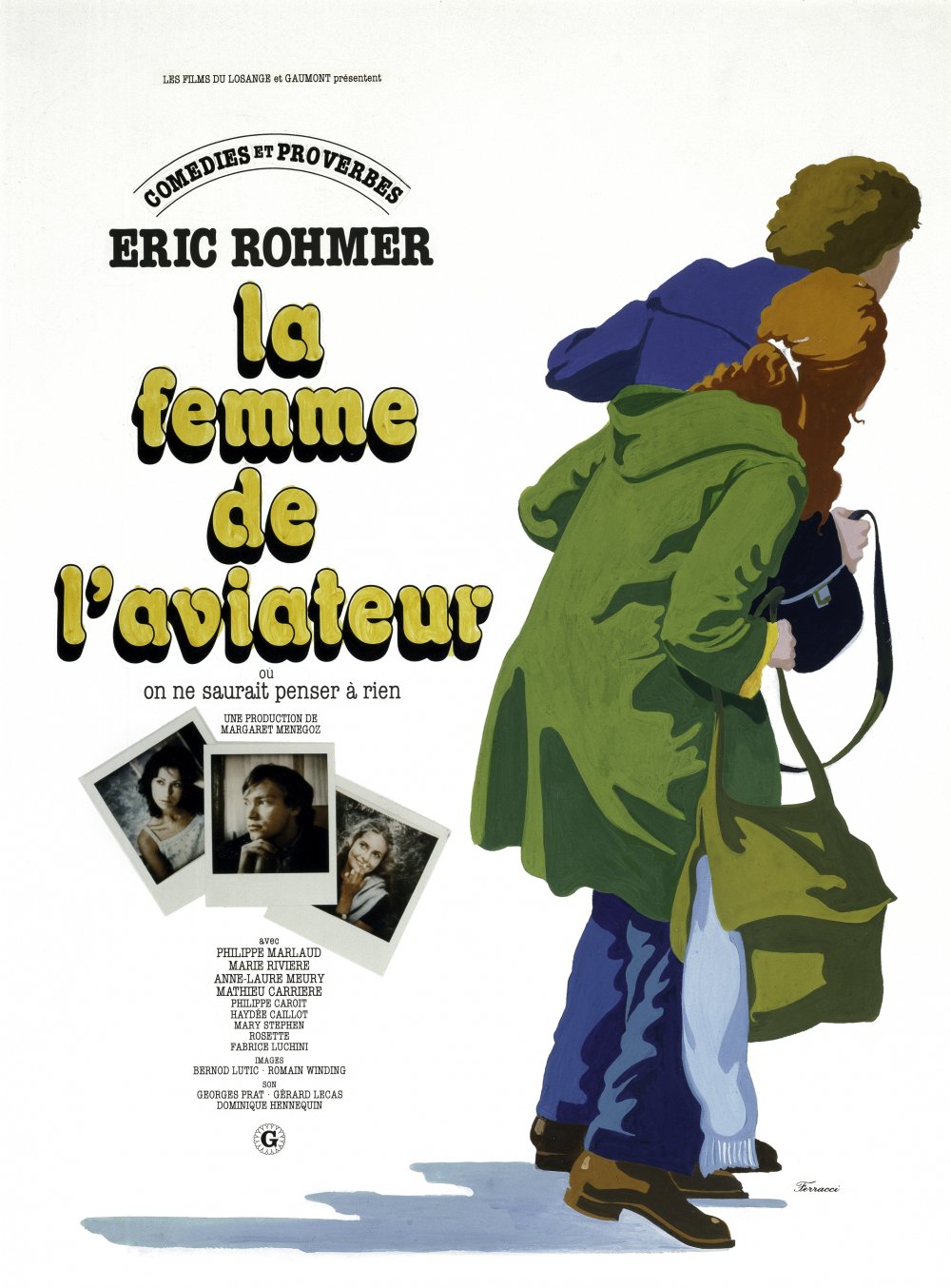 When a young postman, suspecting his older girlfriend of infidelity, follows the man he fears is her lover around Paris, he finds himself joined in his investigations by a schoolgirl bemused by the intrigue… The first film in Rohmer’s second series – about the amorous desires, doubts and dilemmas of young people – is a beautifully bittersweet fable about the importance of trust and our blindness to the needs of others. 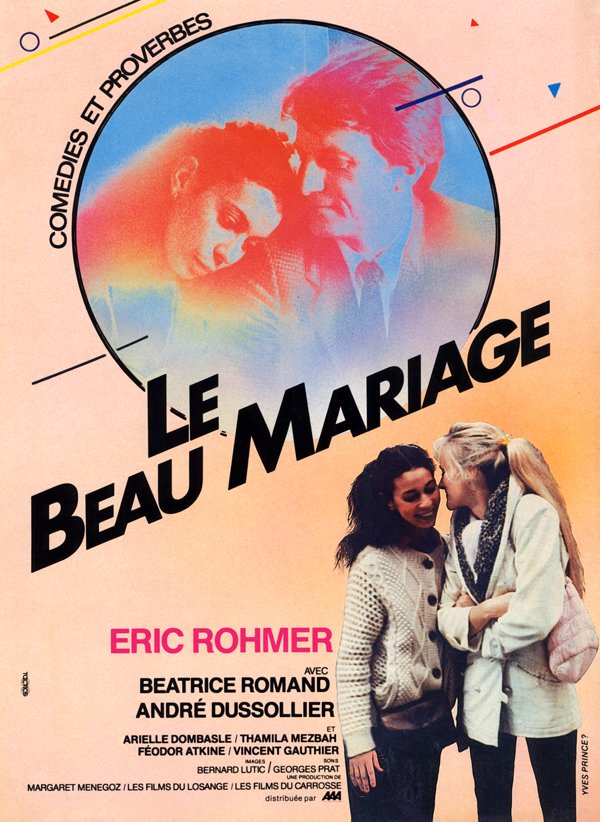 Having rashly announced her intention to marry – but whom? – a Le Mans art student (Rohmer regular Romand) sets her heart on a Parisian lawyer she meets at a wedding party. But is he even interested? A pleasingly precise portrait of obstinately perverse longing, with the protagonist’s frequent travels mirroring her inner indecision. Dombasle contributes her first major performance for Rohmer as the heroine’s confidante. 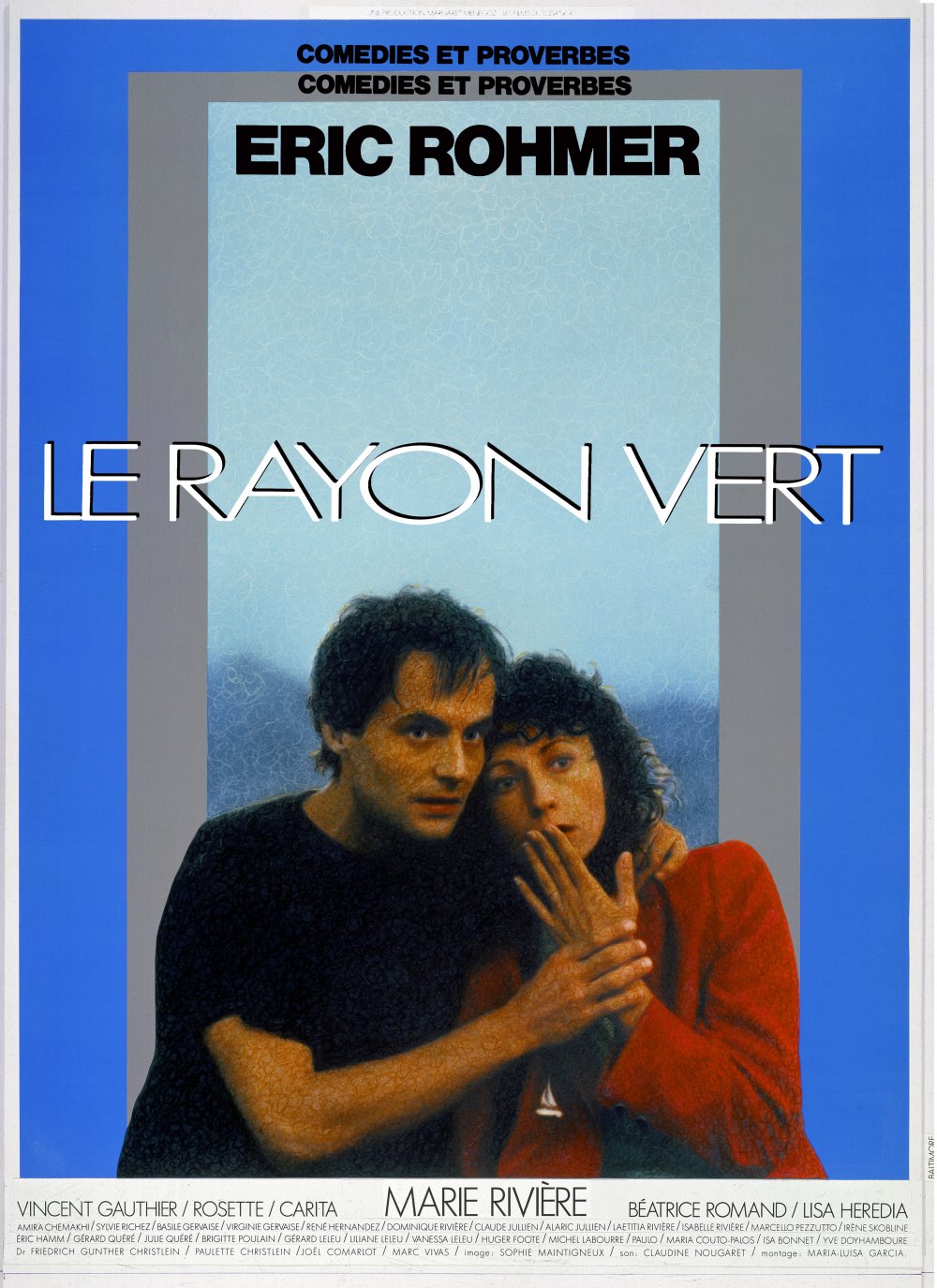 Let down by a boyfriend, Delphine (Rivière) tries to salvage her holiday by joining friends or travelling solo around France. But can no-one alleviate her solitude? In this largely improvised, wondrously detailed portrait of a sensitive, slightly picky individual in need of a break, fiction and actuality are interwoven to create an intellectual and emotional odyssey of rare honesty and humanity. A masterpiece. 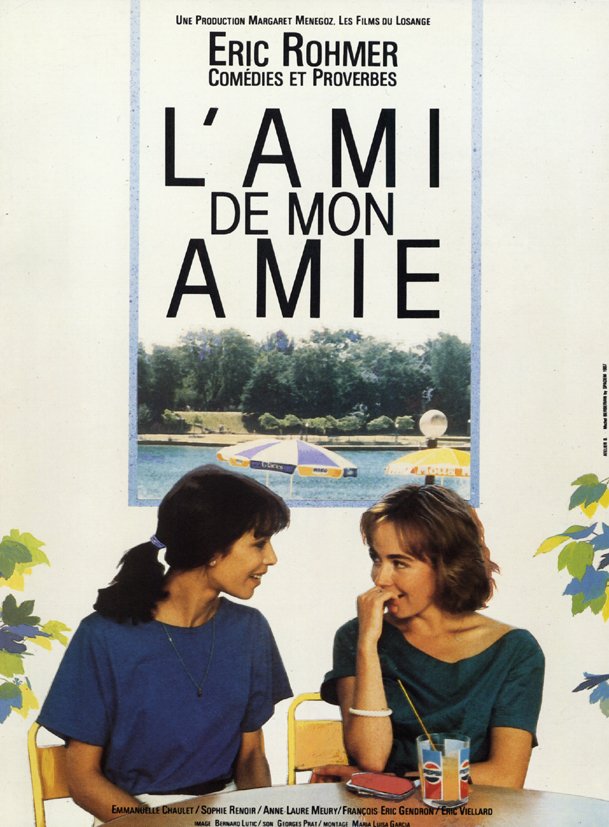 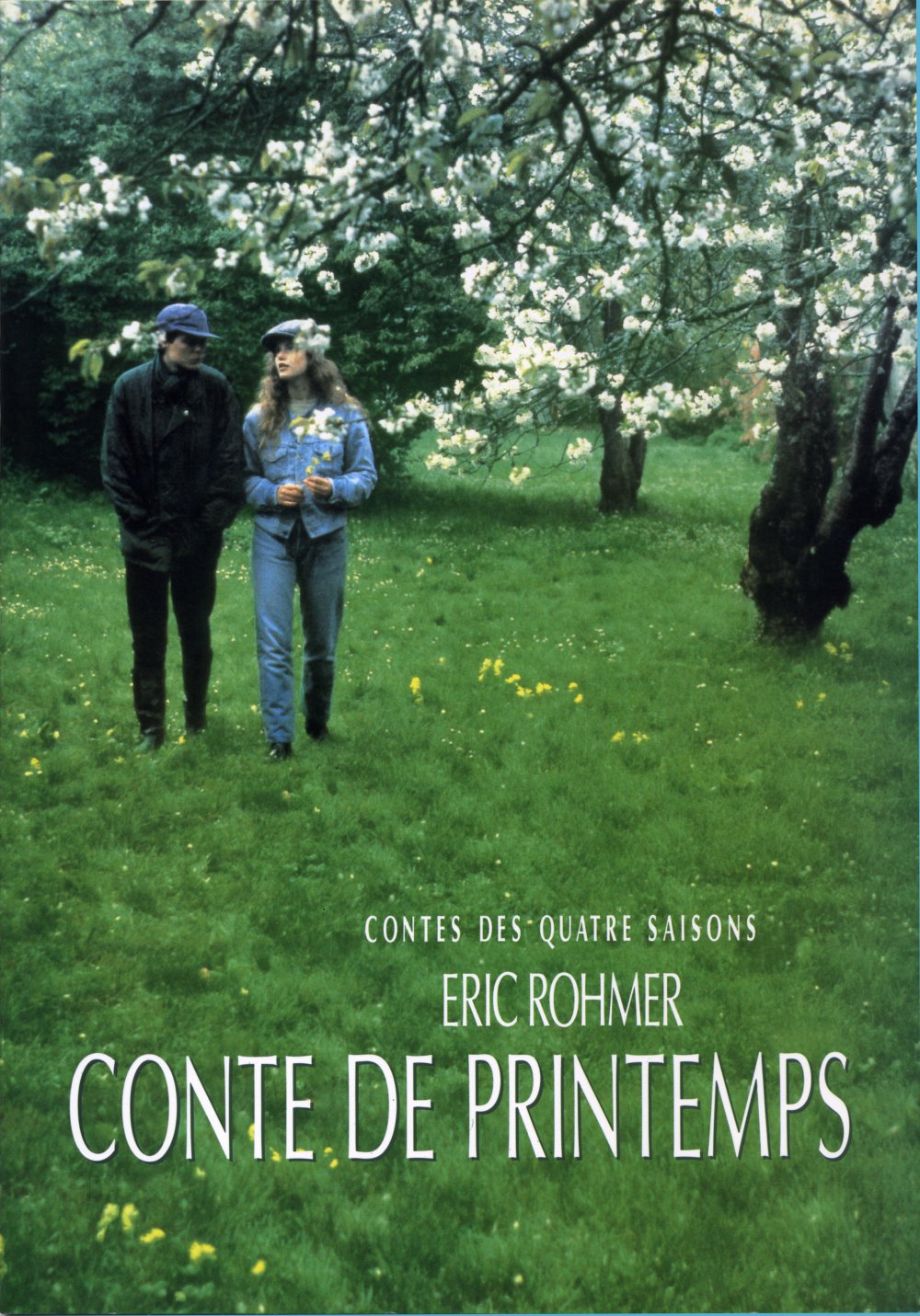 Rohmer’s third series – about women or men pressed to choose between prospective partners – begins with this tale of a philosophy graduate who’s invited by a girl she meets to stay at the house she shares with her father. Generosity? Or has the girl another purpose? Probing Renoir’s dictum that ‘everyone has their reasons’, Rohmer explores the interplay of innocence and experience to engrossing effect. 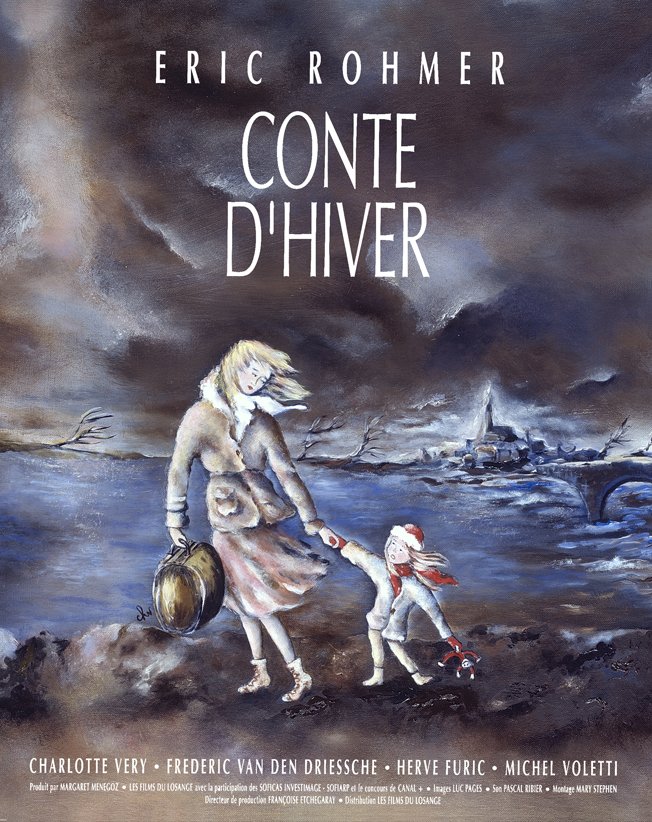 Four years after a holiday romance left her pregnant, a hairdresser still mourns the departure of the man her daughter never knew. Forlornly insisting that he may still turn up one day, she’s unable to choose between her suitors… Alluding to Shakespeare’s play of the same name, the film is a witty, unsentimental yet very affecting study in reason and responsibility, fidelity and faith. 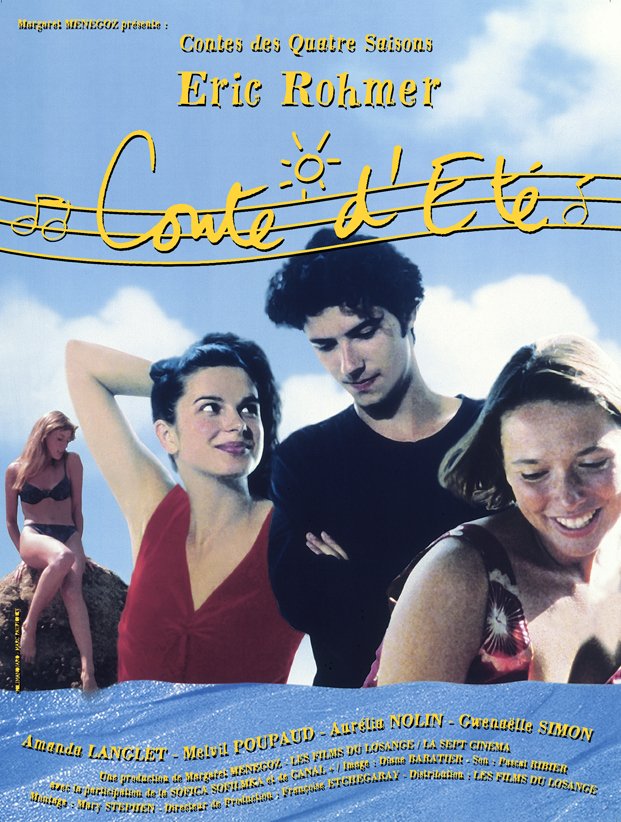 A shy, slightly self-obsessed student is torn between the girl he claims to love and two young women he befriends while waiting for her to join him on holiday in Britanny. A richly detailed, often hilarious, very suspenseful examination of desire, delusion, friendship and loyalty, the film finds Rohmer deploying his documentarist’s eye for the telling particularities of time and place.