Everything you need to know when coming new to the beguiling world of French director Eric Rohmer, famous for his three great film series about love and relationships. 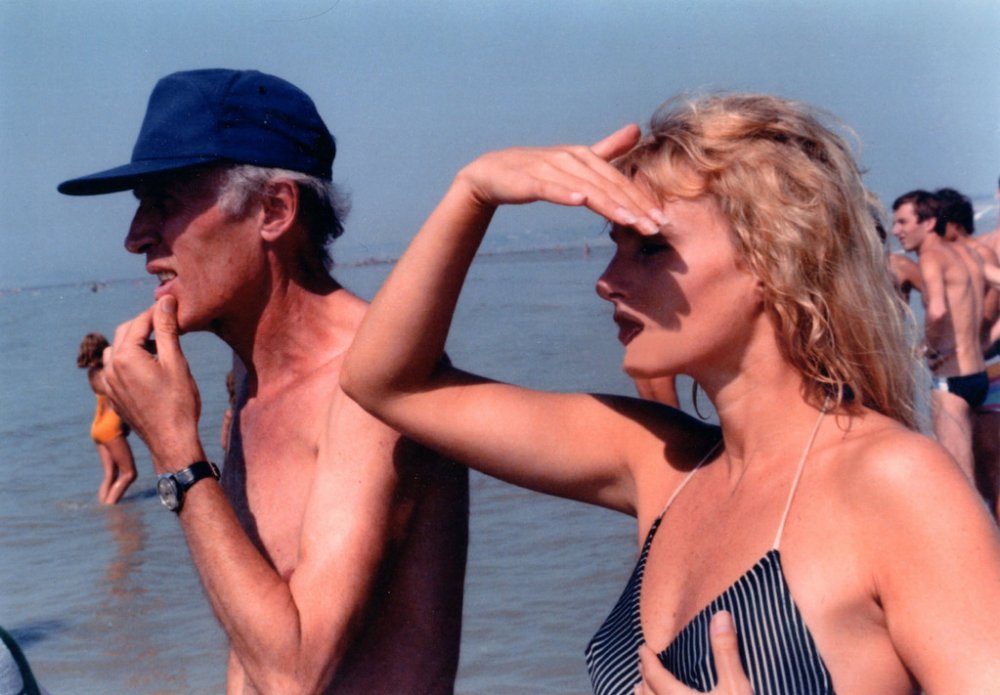 An Eric Rohmer season runs at BFI Southbank from January-March 2015.

Five years on from his death, BFI Southbank has started 2015 with a timely reassessment of Eric Rohmer. The least flamboyant member of the French New Wave, he achieved such a rare consistency of theme and tone that the elegant, erudite features he produced over four decades for his own Films du Losange company were instantly recognisable.

Reliant more on gestures and glances than melodramatic actions, Rohmer’s series and stand-alone offerings were witty, astute and compassionate. But, while his pictures speak volumes about the preoccupations of ordinary people, they reveal very little about the man who made them.

Something of an enigma

Eric Rohmer took his privacy very seriously. He told some reporters he was born Maurice Henri Joseph Schérer, others Jean-Marie Maurice Schérer. His birthplace was sometimes Tulle, other times Nancy, while his birthday was variously given as 21 March 1920, 1 December 1920 and 4 April 1923. 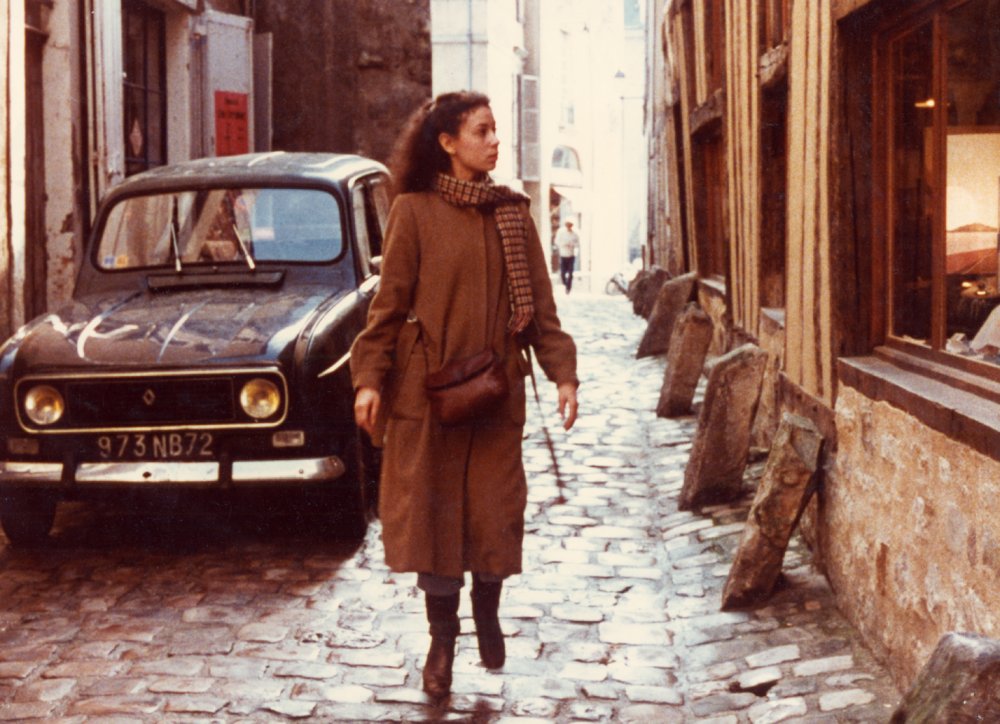 He published the 1946 novel Elisabeth under the nom de plume Gilles Cordier, while his cinematic pseudonym was inspired by Erich von Stroheim and pulp novelist Sax Rohmer. Although never a recluse, he insisted he kept a low profile so he could shoot quickly and cheaply on location. However, he attended the New York premiere of one of his films wearing a fake moustache and his bourgeois, Catholic mother, Mathilde, supposedly died without ever knowing that her son was a famous film director.

The bookworm who became a cineaste

Graduating in Paris, Rohmer taught in Clérmont-Ferrand before returning to the capital after the war to become a freelance journalist. Steeped in Pascal, Diderot, Rousseau, Stendhal, Balzac and Rimbaud, he prized literature over film. But he began frequenting the Cinémathèque Française and started reviewing after befriending passionate cinephiles Jean-Luc Godard, François Truffaut, Claude Chabrol and Jacques Rivette.

In 1950, he founded the short-lived La Gazette du Cinéma before joining André Bazin’s Cahiers du Cinéma. Championing F.W. Murnau, Jean Renoir and Robert Bresson, Rohmer was more rhetorical in style than his younger, iconoclastic colleagues and became their editor in 1956. He retained the post until 1963, during which time he teamed with Chabrol on a pioneering study of Alfred Hitchcock and started making shorts that exemplified the ‘caméra stylo’ technique of using the camera like a pen.

Rohmer made his directorial bow, the short film Journal d’un scélérat (1950), with a borrowed camera and continued to rely on a little help from his friends for the rest of the decade. Godard assisted on both Présentation ou Charlotte et son steak (1951) and La Sonate à Kreutzer (1956), while Chabrol produced Véronique et son cancre (1958) and the feature, Le Signe du lion (1959). 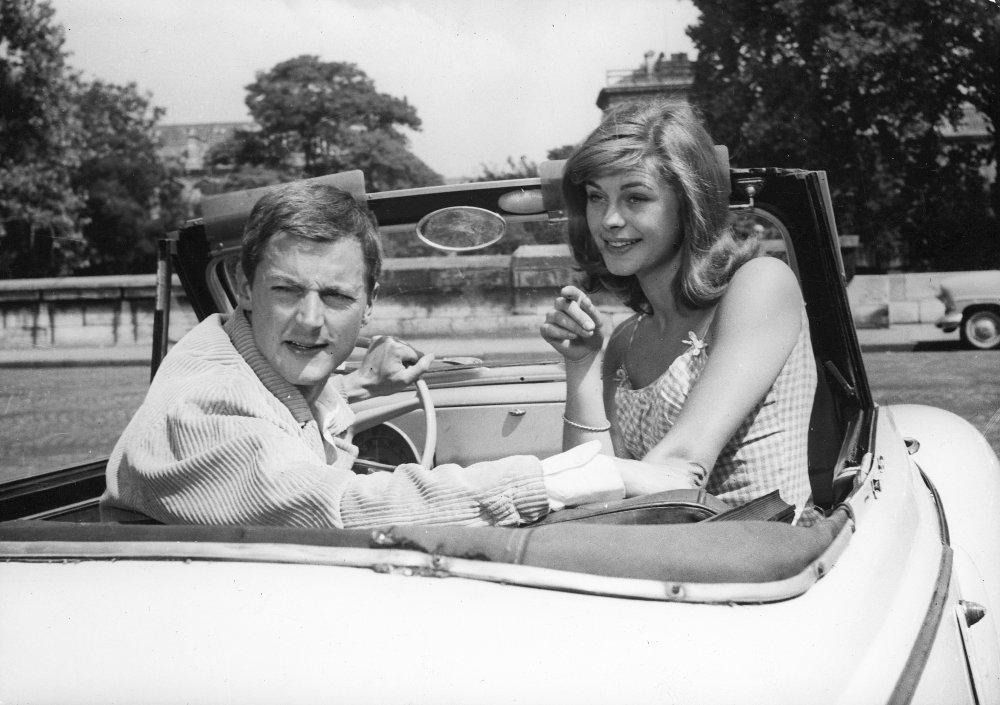 However, Rohmer struggled to find an audience and was still largely unknown when he contributed ‘Place de l’Etoile’ to the nouvelle vague anthology, Paris vu par… (1965). Indeed, he was more at home making small-screen studies of his favourite authors and filmmakers until 1966 when he finally found his feature niche.

Rohmer is renowned for the three film series he produced between 1963 and 1998. Originally conceived as novels (“I was unable to write them well enough”), the stories in Six Moral Tales – Rohmer’s first series – were inspired by Murnau’s Sunrise (1927) and focused on “a man meeting a woman at the very moment when he is about to commit himself to someone else”.

Rohmer hoped to “portray in film what seemed most alien to the medium, to express feelings buried deep in our consciousness”. Thus, he adopted in La Boulangère de Monceau and La Carrière de Suzanne (both 1963) the conversational style that would become his forte.

However, it wasn’t until La Collectionneuse (1966) that Rohmer enjoyed commercial success and, having received two Oscar nominations for My Night with Maud (1969), further critical acclaim followed for Claire’s Knee (1970) and Love in the Afternoon (1972). 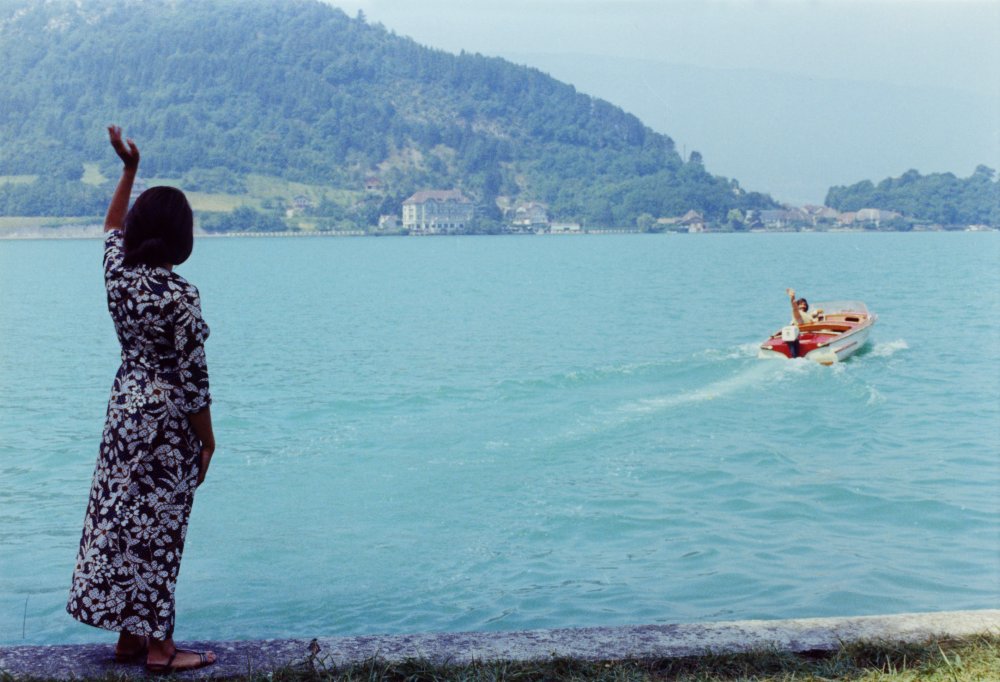 “What interests me,” Rohmer once revealed, “is to show how someone’s imagination works”, and the realisation that obsession can replace reality underpinned his second series, the Comedies and Proverbs sextet of The Aviator’s Wife (1980), Le Beau Mariage (1981), Pauline at the Beach (1982), Full Moon in Paris (1984), The Green Ray (1986) and My Girlfriend’s Boyfriend (1987).

Critic Gilbert Adair claimed the plotlines about chatty, prevaricating twentysomethings fell “halfway between Marivaux and an episode of Friends”, with the characters being among “the most foolish, ineffectual and pathetic milquetoasts ever to have graced a cinema screen”. He even calculated that 90% “of the celebrated talk is sheer, unadulterated twaddle”. But Adair conceded he couldn’t resist them or the subsequent Tales of the Four Seasons: A Tale of Springtime (1989), A Winter’s Tale (1992), A Summer’s Tale (1996) and An Autumn Tale (1998). 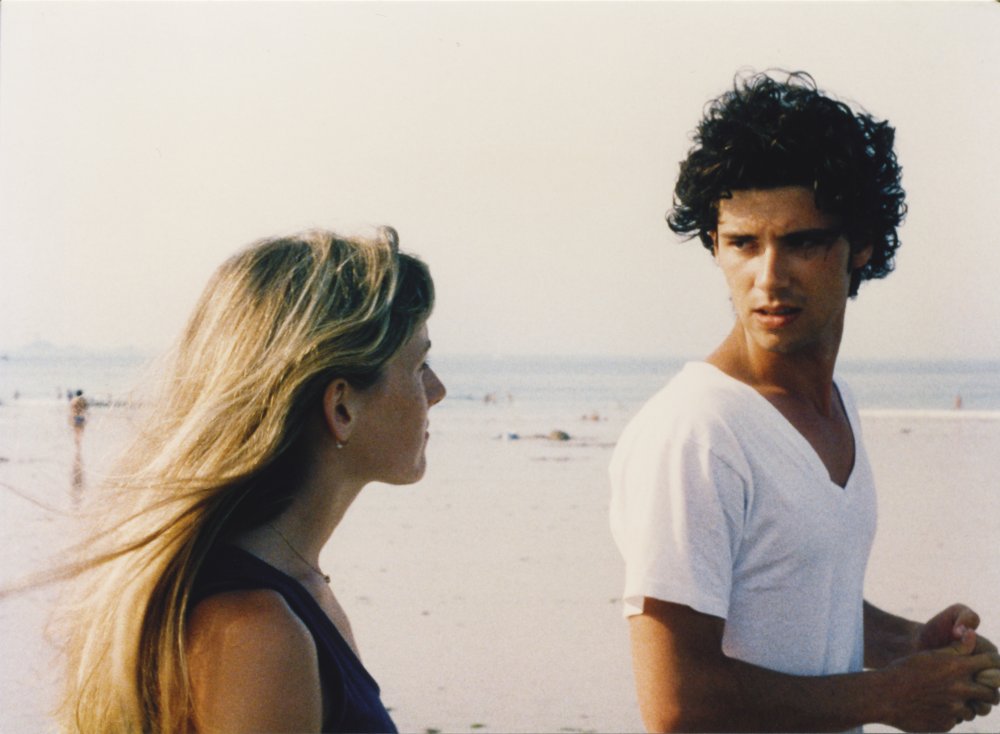 Although non-series outings with a contemporary setting, such as The Tree, the Mayor and the Médiathèque (1993) and Rendez-vous in Paris (1995), were rare, Rohmer did make a number of stylised literary adaptations. Both The Marquise of O (1976) and the 1980 teleplay Catherine de Heilbronn were based on texts by Heinrich von Kleist, while Perceval le Gallois (1978) and The Romance of Astrea and Celadon (2007) were respectively inspired by Chrétien de Troyes’ 12th-century Arthurian manuscript and Honoré d’Urfé’s 17th-century novel set in Druidical Gaul. 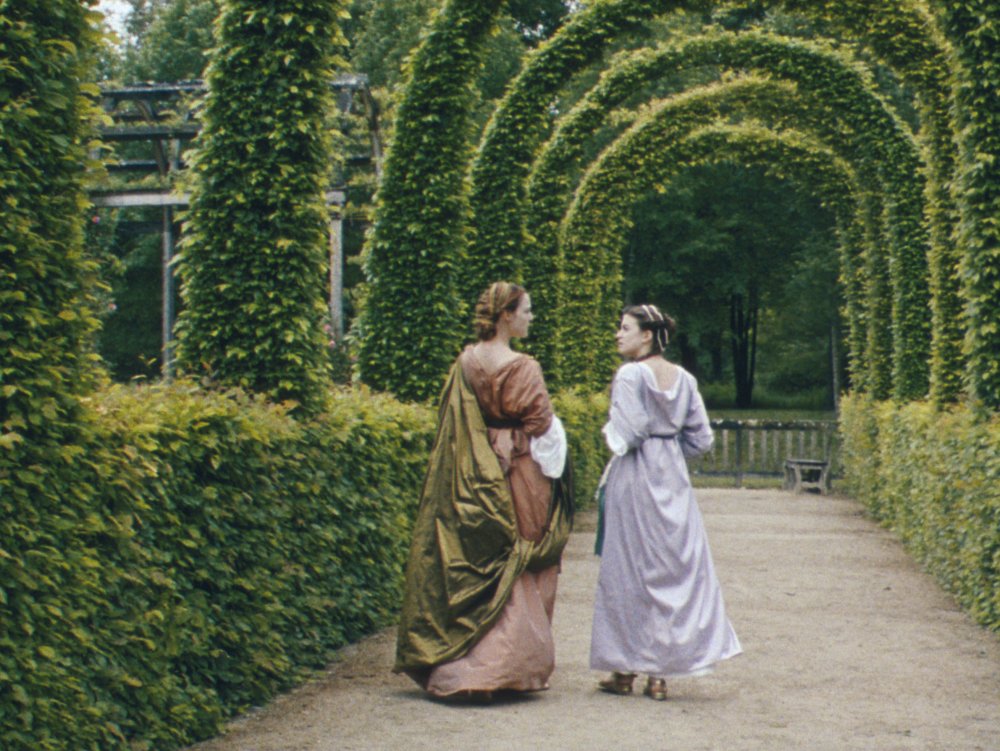 Ironically, Rohmer proved more experimental in handling these period pictures and he made audacious use of digitised scenery in recreating the revolutionary era in The Lady and the Duke (2004), which he followed with the simmering inter-war espionage saga, Triple Agent (2004).

Despite the casual naturalism and delicious sense of ambiguity, nothing was ever arbitrary in a Rohmer film. He put his often non-professional players through extensive rehearsals and amended the script as new ideas arose. On location, he preferred to shoot in sequence, according to the state of the weather and the time of day, and worked quickly (two or three takes) with a small crew. 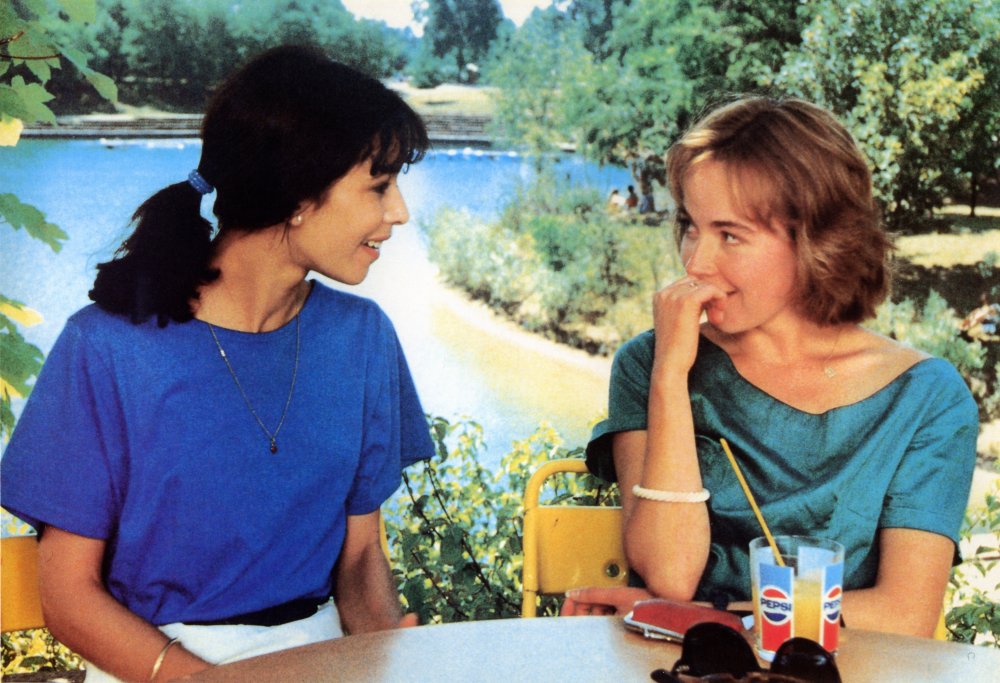 As he prioritised thoughts over actions, Rohmer restricted camera movements and close-ups. However, as a director of “people who move and speak”, he often dwelt on characters in transit. But the focus invariably fell on the sensation of being alive rather than melodramatic contrivance. Consequently, emotionally vulnerable individuals are required to make momentous decisions about love affairs, careers and vacations and they fret, make mistakes, regret and reach conclusions, as desire collides with reality, morality, caprice and common sense. In other words, Rohmer made films about human beings not movie characters.

An unassuming and enduring master

Over the years, Rohmer has been accused of being contradictory, conservative and chauvinist. Politically, he may have inclined to the right. But, while his gaze rarely veered away from the educated, articulate and somewhat self-obsessed bourgeoisie, few had a firmer grasp of shifting social mores. Moreover, his films scrupulously avoid making moral judgements about either the characters or their predicaments. Thus, there are no neat endings to these discreetly and acutely observed slices of life, which leave the audience to reach their own conclusions.

Truffaut considered this master miniaturist one of the greatest directors of all time. But nothing confirms his status like the slyly backhanded compliment paid by Arthur Penn in Night Moves (1975), as when cheating wife Susan Clark asks shamus Gene Hackman if he would like to go and see My Night with Maud, he replies: “I don’t think so. I saw a Rohmer film once. It was kind of like watching paint dry.”

Related to Eric Rohmer for beginners