Why we’ve got a soft spot for pillow shots – those short, place-setting moments between scenes that pervade the films of Japanese master Yasujiro Ozu. 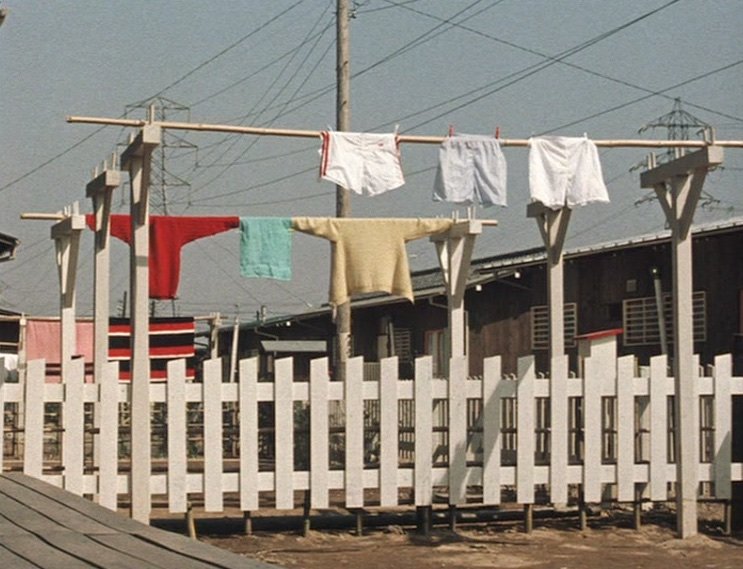 Few filmmakers are as consistent in their cinematic style as Japanese master Yasujiro Ozu. From the careful, low-angle framing (as if seated on a tatami mat) and conversations often shot head-on, to his exclusive use of a 50mm lens (most equivalent to the human eye’s perspective) and minimal camera movement, any diversions from these refined parameters are rare. The sudden use of a crane shot in Late Spring (1949) almost has the shock value of the Psycho shower scene. 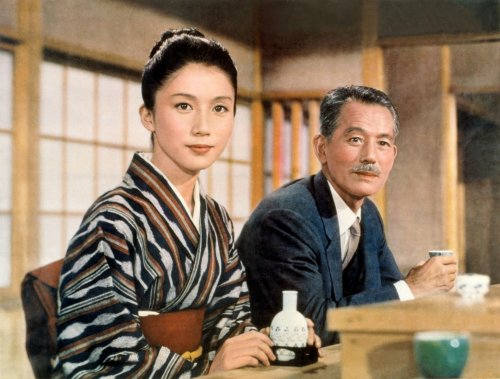 Another celebrated trademark is what became known as the ‘pillow shot’. A term coined by critic Noël Burch, it links to film the tradition of pillow words in classical poetry – short addendums to a line that reflect on or even shift the meaning of what comes next. In between Ozu’s carefully composed scenes are seemingly random shots, held for several seconds, of everyday life: of seas and mountains, boats and train tracks, public buildings and private rooms.

Though these cutaways maintain the gentle, measured rhythm of Ozu’s work, their seemingly benign nature belies their effect. While his early career incorporated comedies and gangster films, it’s the later shomin-geki or ‘modern family drama’ (many with similar, seasonal titles and dealing with close parent/child relationships) that epitomise Ozu’s influence on cinema. These stories are understated, and the pillow shots are a wonderfully subtle way to evoke the passionate emotions roiling below the surface. Here’s an exploration of some examples across Ozu’s work, alongside that of other filmmakers perhaps influenced by his approach. 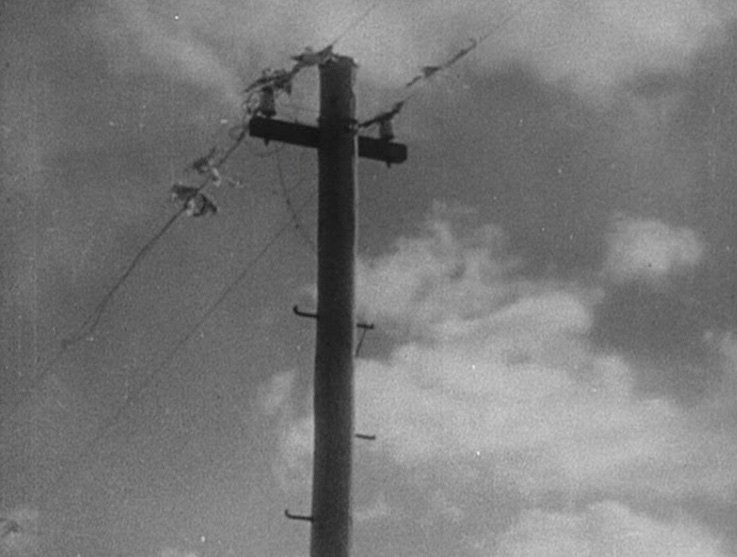 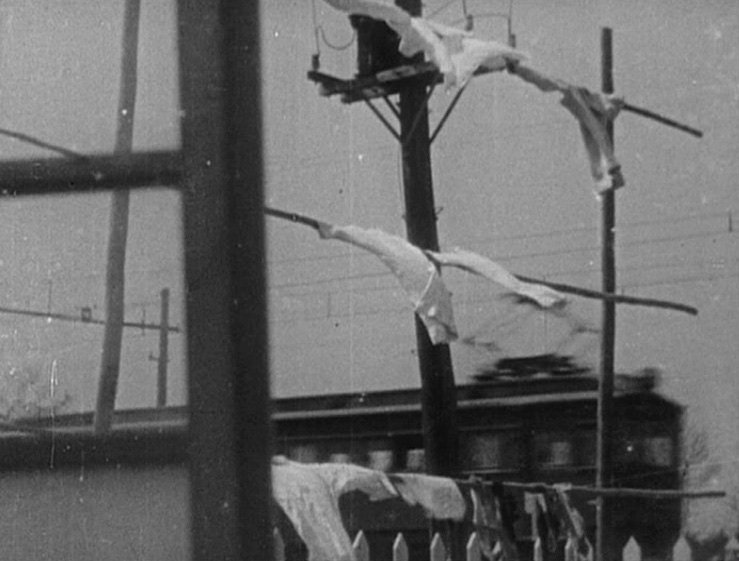 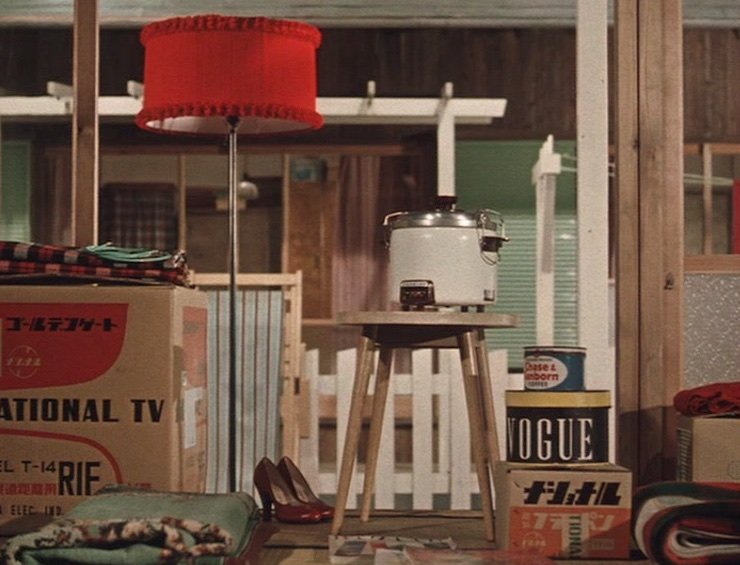 Ozu’s pillow shots often comment on the modernisation (and often Americanisation) of Japanese life. Ozu’s second colour film is reminiscent of I Was Born, But… but more overtly comic, centred around its young boys’ determination to get a TV set… 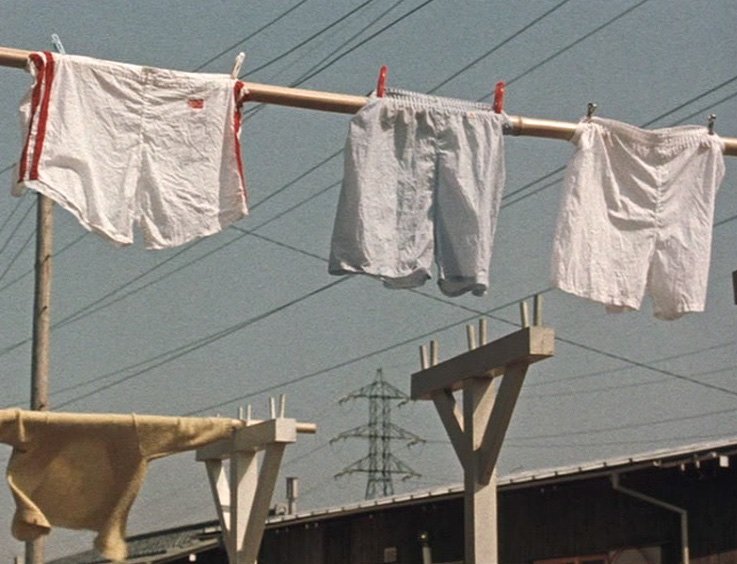 …as well as the ongoing farting contests, which often result in, er, unforeseen consequences. It’s also a more light-hearted take on the similar shot from I Was Born, But… above 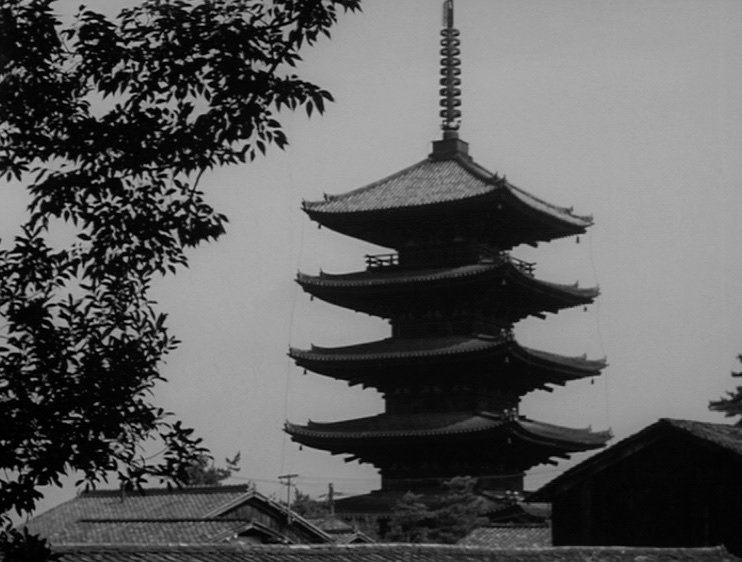 Ozu often shows the architecture of his home city, Tokyo. In a tale of a widower trying to force his reluctant adult daughter Noriko to marry and leave home, this traditional-looking building perhaps foreshadows her likely departure and destination: a symbol of ‘progress’ 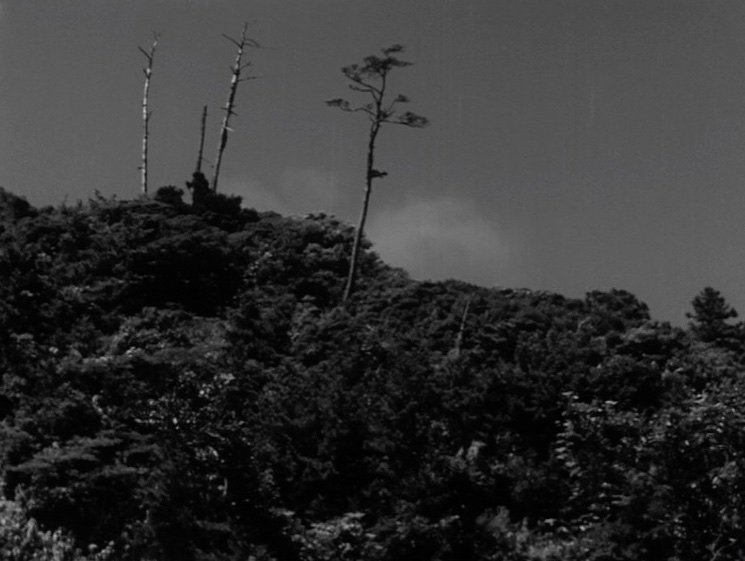 This natural image, strong yet fragile, follows the scene in which a furious Noriko storms out after her father questions her reluctance to marry 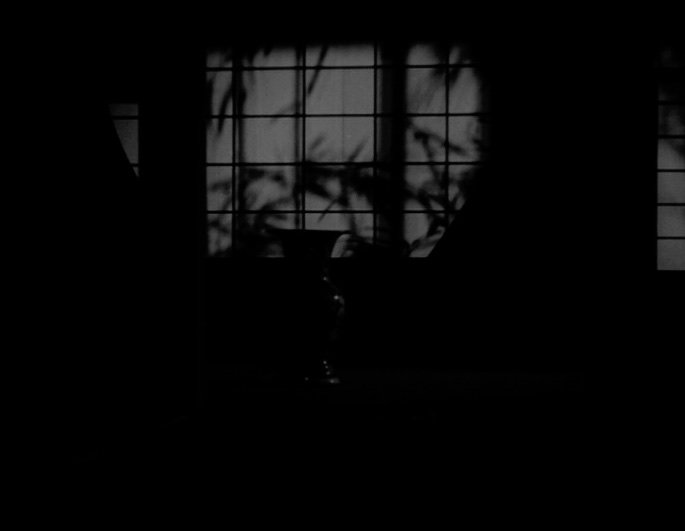 Possibly the most speculated-upon pillow shot of Ozu’s career. This shot of the vase towards the film’s heartbreaking climax has been viewed as a symbol of femininity, of stasis, of containment of emotions, of delicate Japanese tradition… 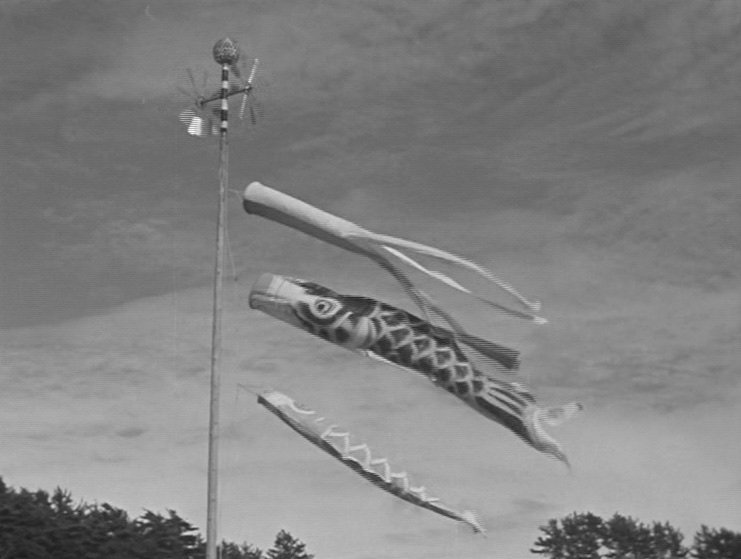 The repercussions of the Second World War: the family’s missing son Shoji is a constant absence, and these fluttering flags follow a conversation clearly suggesting he won’t ever come back 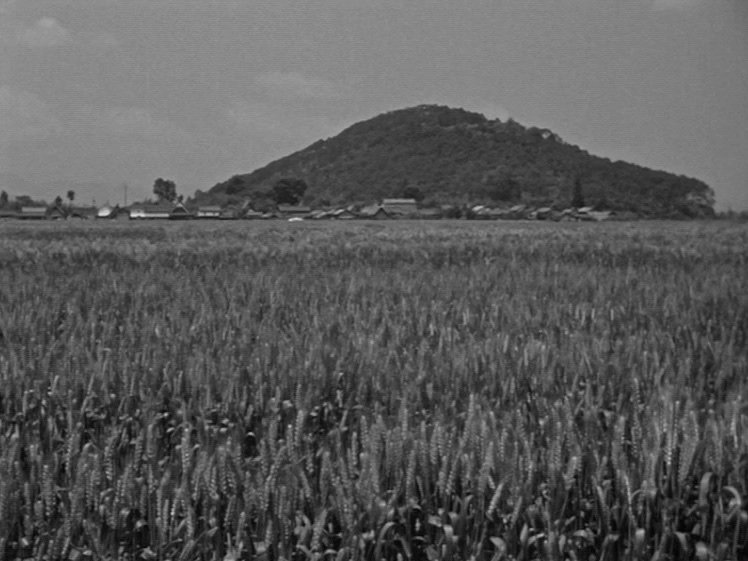 Shoji is, of course, only one of many lost soldiers. A marriage procession through a swaying wheat field suggests life continuing, while honouring the dead 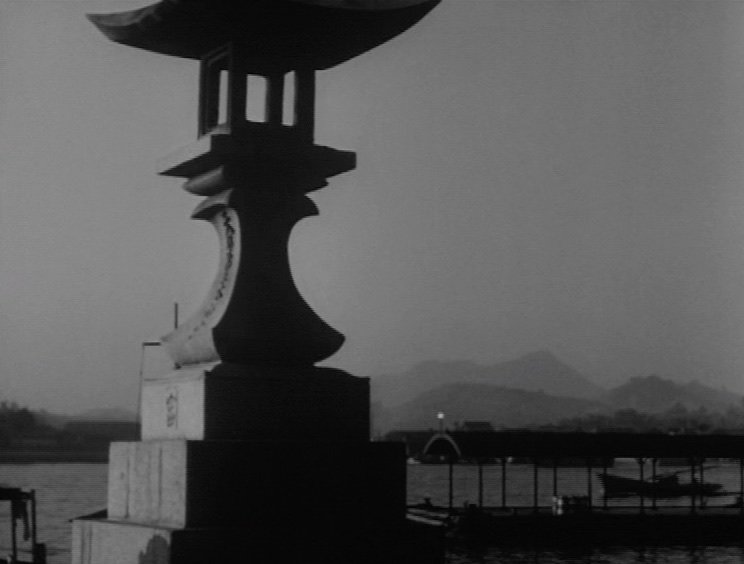 Often considered Ozu’s masterpiece, Tokyo Story is a poignant look at ageing parents’ estrangement from their adult children. This shot follows the couple’s unspoken realisation that the coastal vacation arranged by their kids is largely to avoid taking care of them 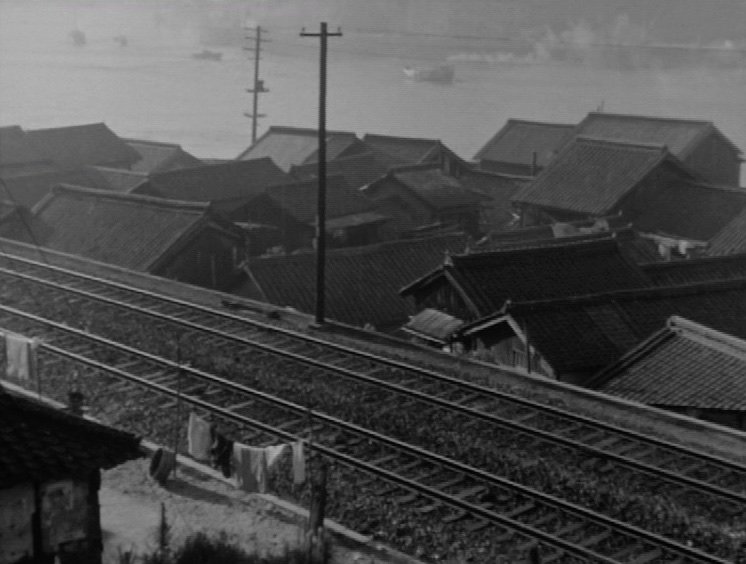 After news comes that the ailing mother will die, Ozu unfolds the film’s longest series of pillow shots, an extended, elegiac series that somehow suggests an encroaching darkness… 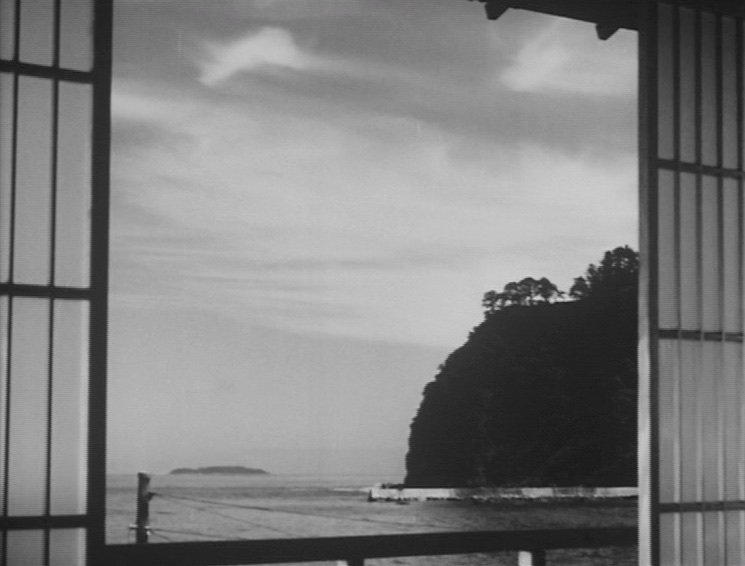 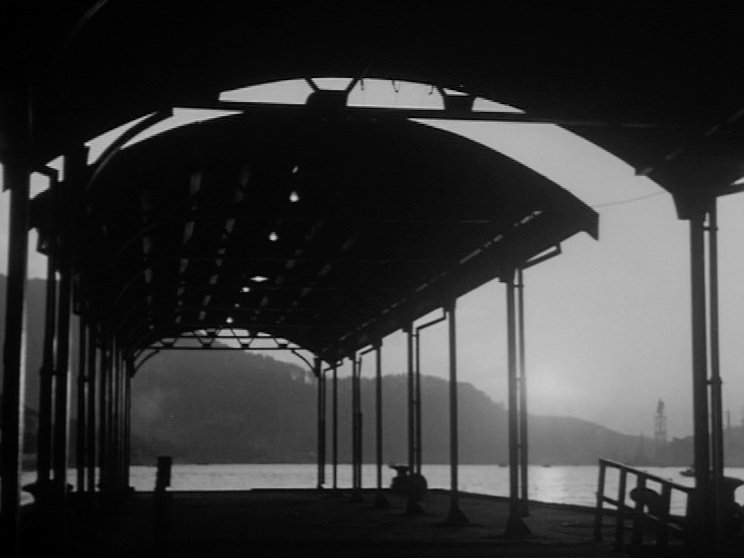 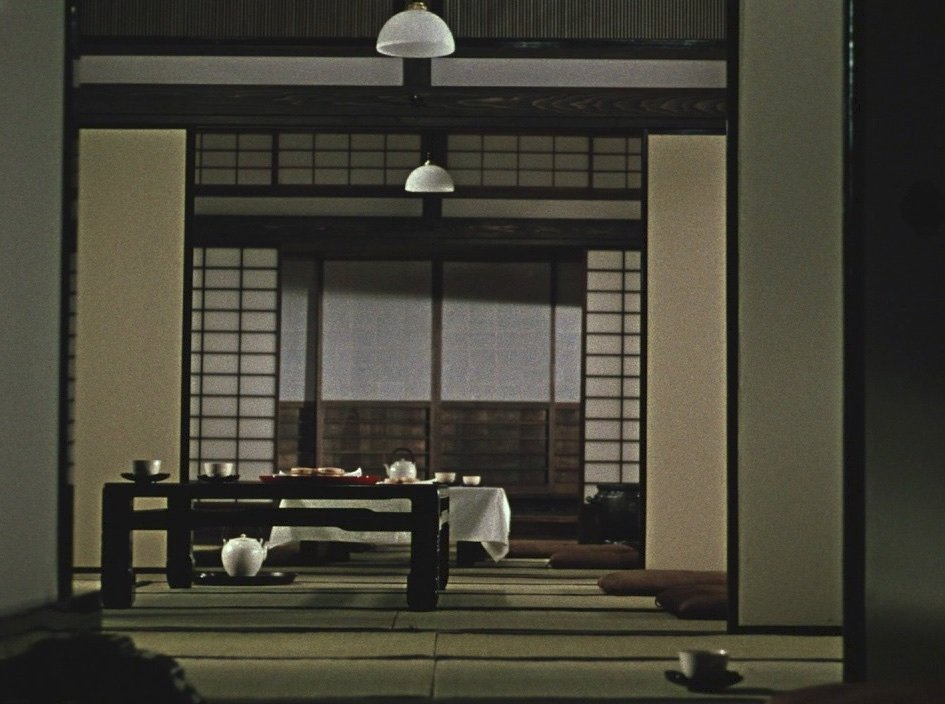 An unusual pillow shot, previously populated by the main characters, gathered for a memorial service for a friend/husband/father. Deliberately holding the frame for several seconds after they leave seems to emphasise this absence 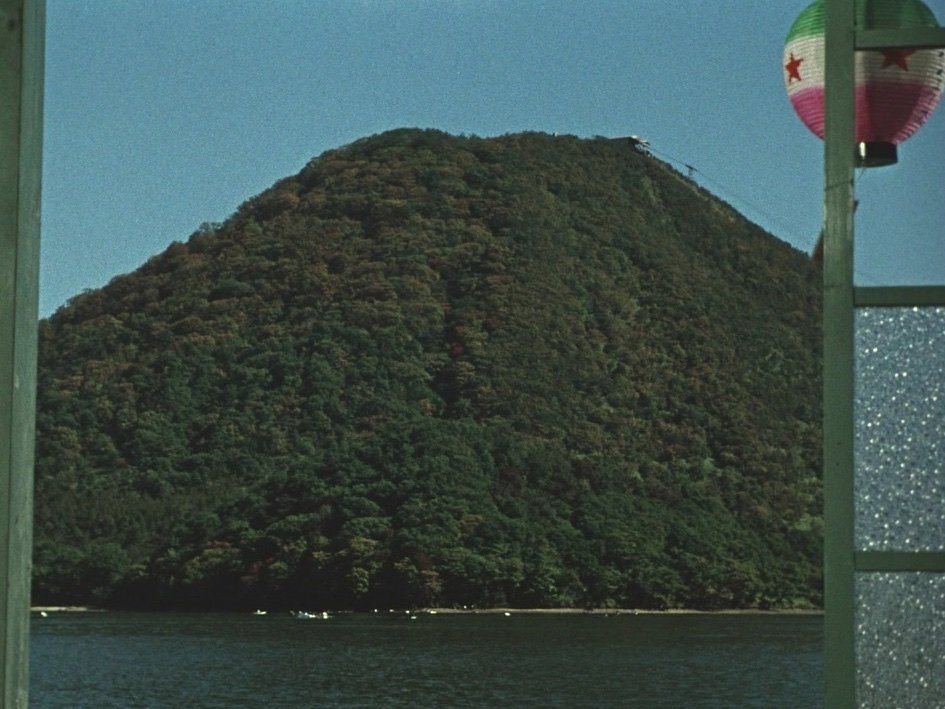 Framing exteriors through a window is a familiar Ozu technique. This verdant mountain is also the backdrop for a group photo, soon to be echoed by the wedding photo of daughter Ayako… 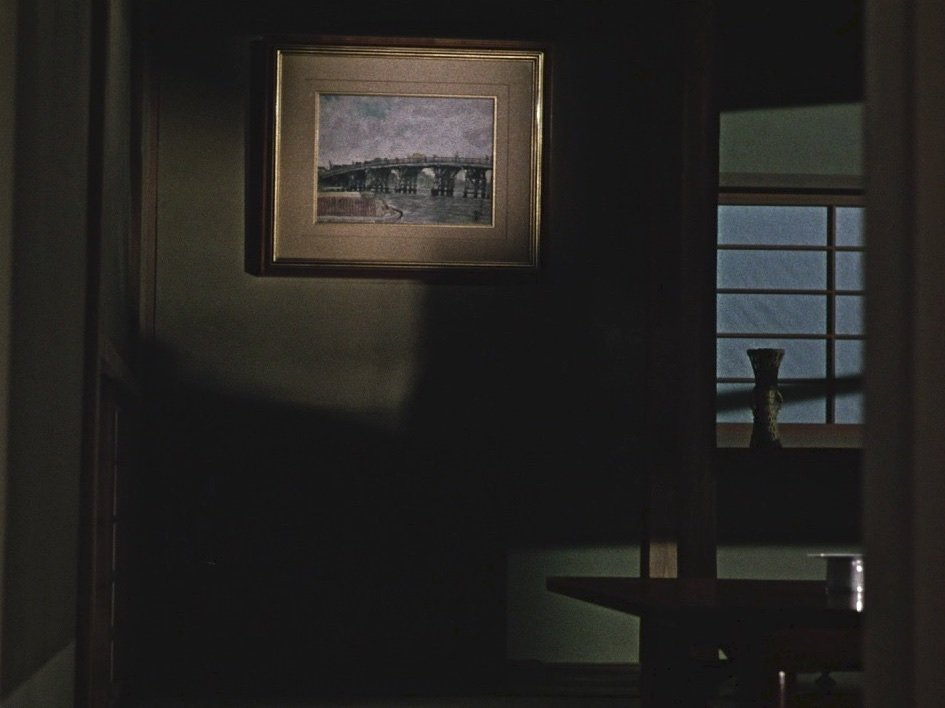 … which directly precedes this pillow shot, a repeated sequence from earlier in the film depicting empty interiors from the house where her widowed mother Akiko will now live alone 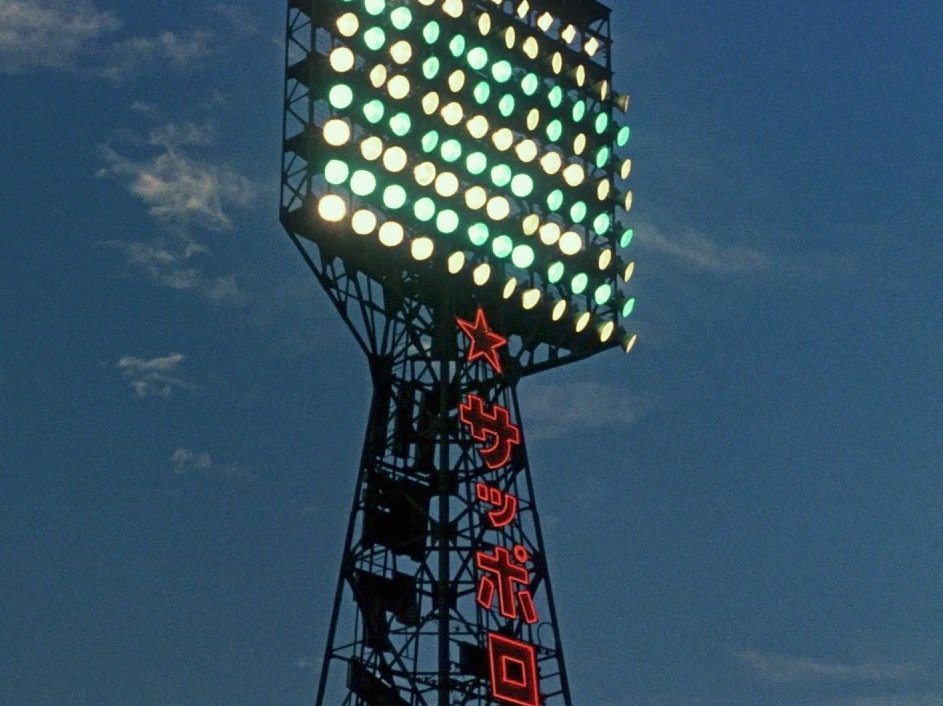 A striking shot of baseball stadium floodlights, nicely undercut moments later when its ageing male characters are shown to be watching the game on television 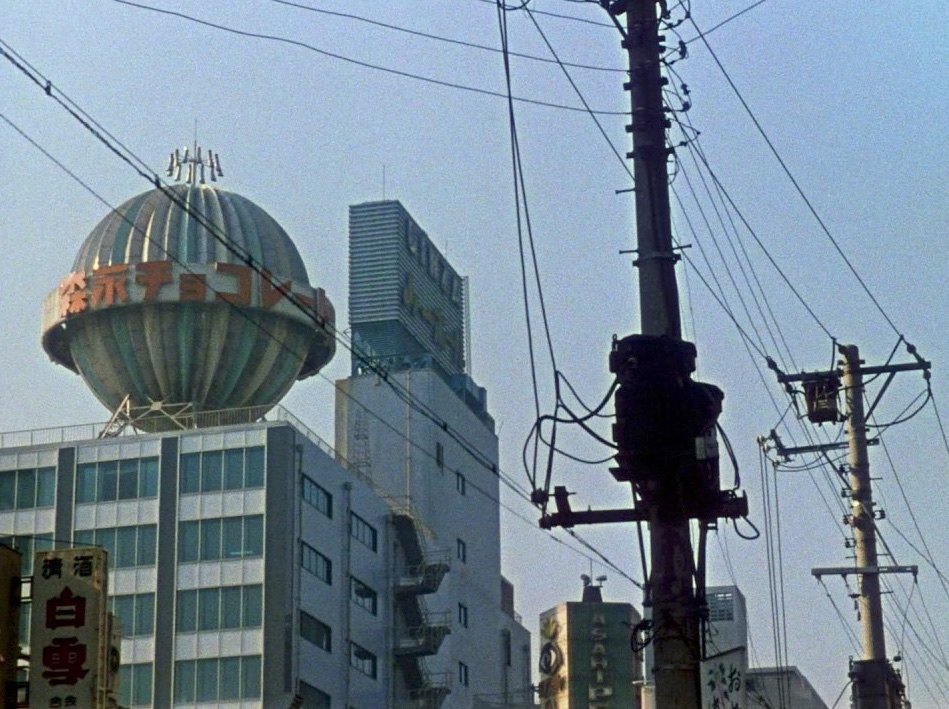 Ozu’s final film continues to highlight the fast-changing culture around him, again incorporating his signature vibrant red into the frame 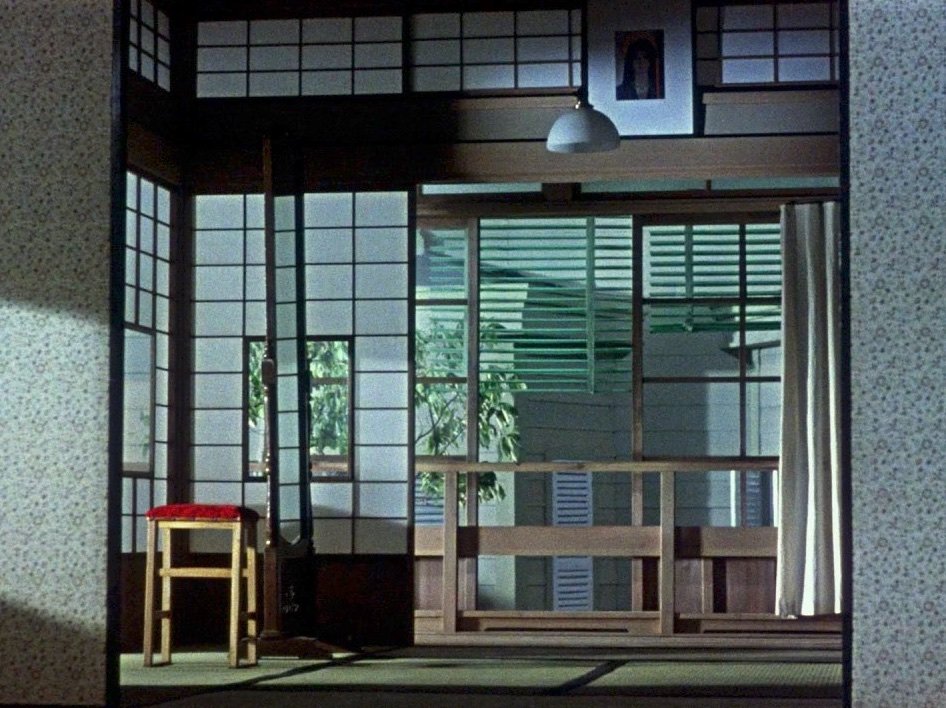 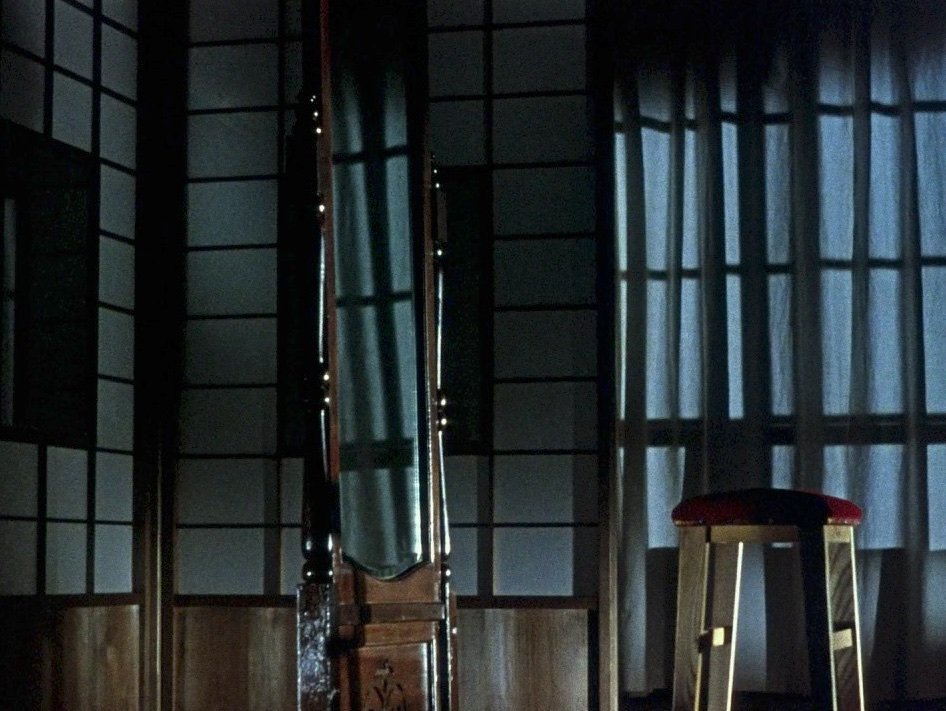 … in Ozu’s last ever pillow shot sequence, the daughter now gone, the father now alone (and a little inebriated), the house now in darkness

And some pillow shots influenced by Ozu… 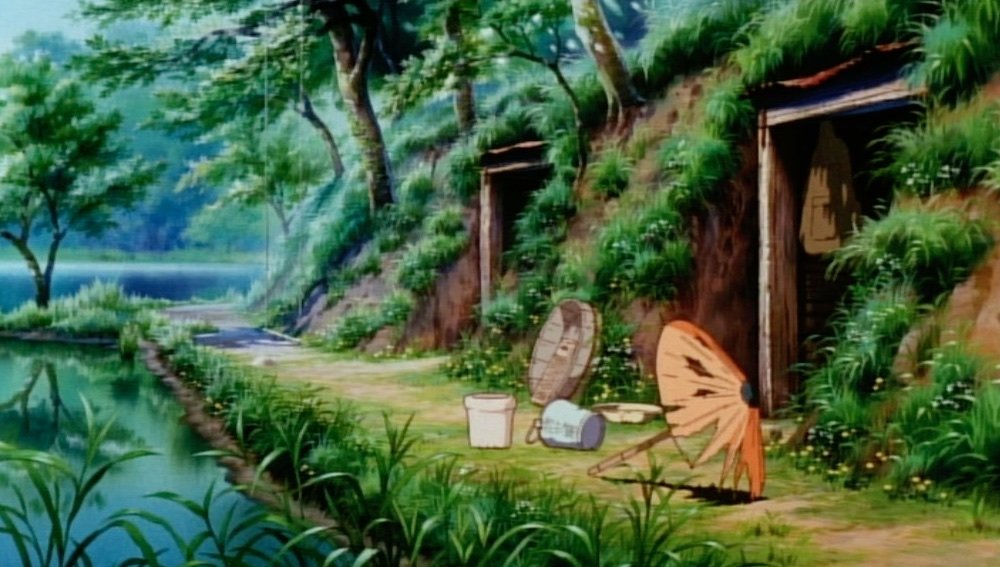 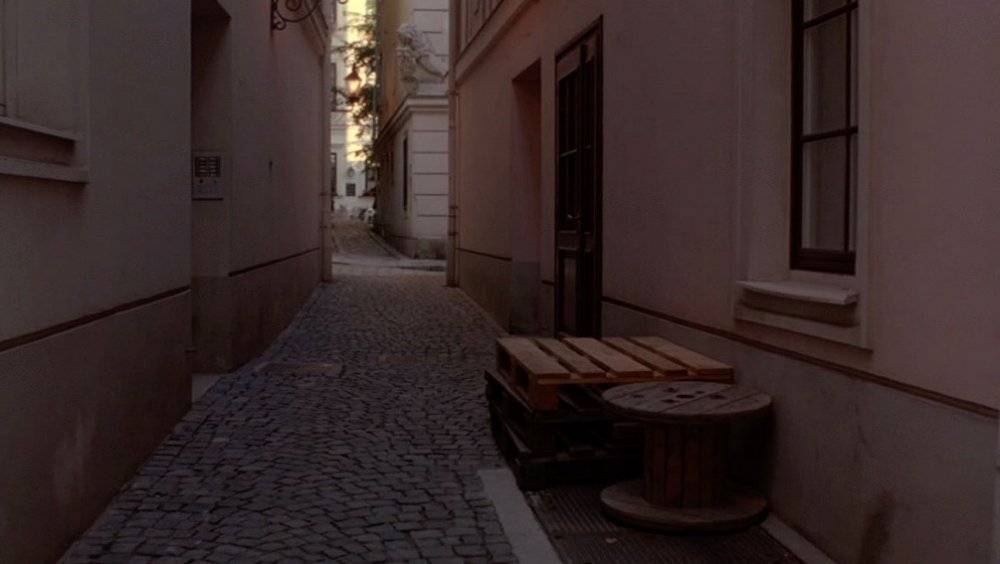 The ending montage of Richard Linklater’s ‘one night in Vienna’ romance is achingly bittersweet; how we imbue ordinary places with meaning and resonance by forging our special connections there

Through his intimate, low-key family sagas, Hirokazu Koreeda is perhaps the Japanese filmmaker most often compared to Ozu. His use of pillow shots is far less pronounced, but examples like this…

Related to The enigmatic ‘pillow shots’ of Yasujiro Ozu