The Ear is listening: Karel Kachyna and the resurrection of a banned classic

Suppressed as soon as production finished, Karel Kachyna’s The Ear resurfaces this week in a glorious 4K restoration. We take a closer look at one of the key films of the Czech New Wave. 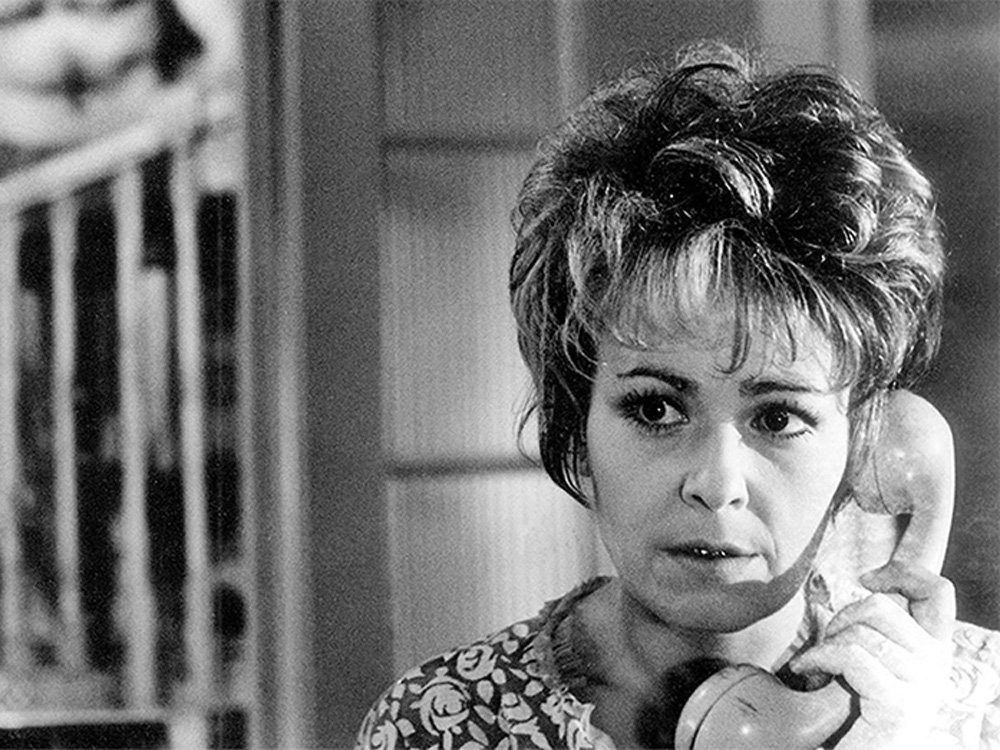 The main Cannes Film Festival competition line-up in 1990 was somewhat unusual in that not everything in it was brand new. Or rather, while two films were receiving public premieres, they were decidedly delayed: eight years in the case of Ryszard Bugajski’s Interrogation (1982) and a full 20 for Karel Kachyna’s The Ear (1970).

Films about political subjects made in Warsaw Pact countries before communism’s collapse in 1989-91 were usually (and necessarily) oblique and euphemistic, but what makes these two films remarkable is that they’re so bluntly upfront. Both are set in the 1950s, during the Stalinist period (although The Ear is calculatedly vague about this), and both deal explicitly with the notion of government as an instrument of terror. Bugajski benefited from the cultural thaw of 1980-1981, finishing shooting just before martial law was declared; Interrogation would certainly have been cancelled mid-production otherwise, while Kachyna and his writer Jan Procházka were perhaps too confident that their high-profile party contacts would protect them in the event of any controversy – a theme that also informs the content of their film.

Although The Ear often gets grouped with the Czechoslovak New Wave, Kachyna (1924-2004) was older and more established than Milos Forman, Jirí Menzel, Vera Chytilová et al. One of the inaugural graduates from the Prague film school FAMU, he began making documentaries in 1950 with Vojtech Jasný (future director of the masterly All My Good Countrymen in 1969), before they moved into fiction with Everything Ends Tonight (1955). Kachyna first made an impact as solo director with the drama Smugglers of Death (1959), effectively about the creation of the Iron Curtain in 1948. The Czech title translates as ‘King of the Sumava’, the forest region where the film is set, describing a man notorious for smuggling anti-communist Czechs over the border. The film is notionally critical of him, in line with prevailing ideological requirements, but audiences (especially younger audiences) read it somewhat differently. 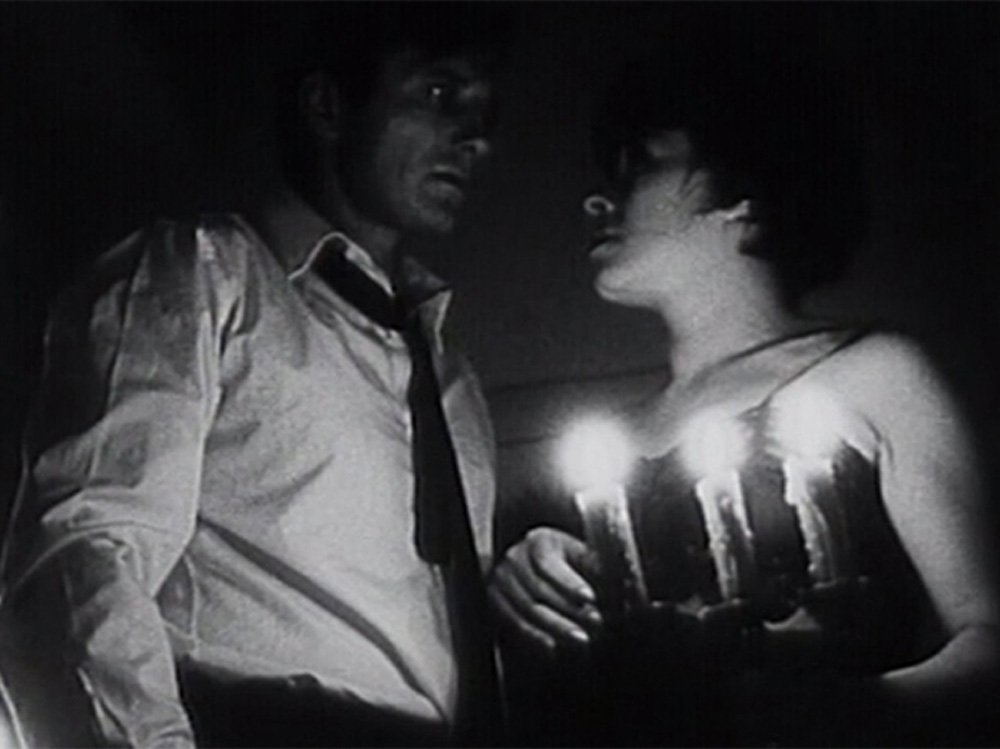 The 1960s saw several collaborations between Kachyna and Procházka (1929-71), whose personal friendship with President Antonín Novotný is assumed to have helped greenlight projects that other filmmakers would have struggled to realise, because they dealt more directly with explicitly political subjects than was normally allowed. The Hope (1964) was about alcoholism in the impoverished Prague outskirts, Long Live the Republic (1965) offers a hallucinatory study of the end of the Second World War as experienced by a young Moravian village boy, while The Nun’s Night (1967) explicitly dramatised the strong-arm tactics used to impose collectivisation on a reluctant populace (this would join The Ear on the banned list, although it was at least released beforehand).

If The Nun’s Night was forthright, The Ear went even further, being explicitly set amongst the higher echelons of Czechoslovak power as its movers and shakers gather and gossip at a clearly important party – from which people’s absence is just as significant as their presence. This is doubly true if one of the absentees is the boss of the film’s protagonist Ludvík (Radoslav Brzobohatý), a notionally loyal senior party member who during the course of the film repeatedly has to question what “loyalty” actually means against a backdrop of unexplained arrests and mysterious disappearances. 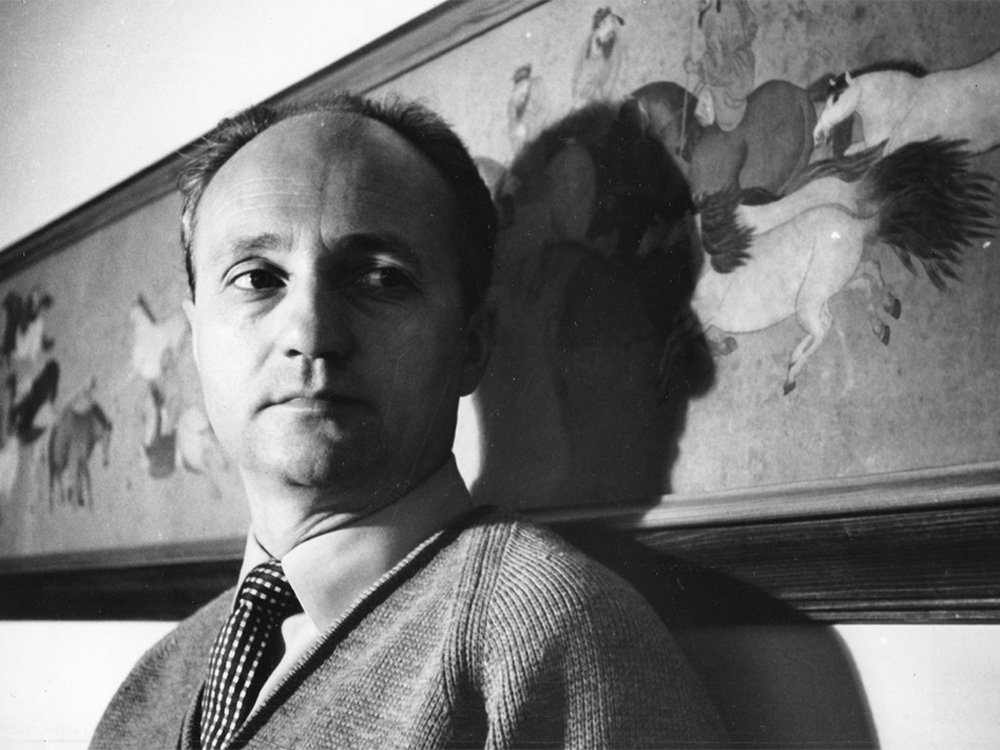 Procházka’s dramatic masterstroke was to stage much of the film in the presumably grace-and-favour house that Ludvík shares with his wife Anna (Jirina Bohdalová), and to have as many thematic nods to Edward Albee’s Who’s Afraid of Virginia Woolf? as to the universe of Franz Kafka. The film starts partway through the narrative, as Ludvík and Anna return home from the party, tired, drunk, horny (in her case) and desperately worried (in his). Their bickering is compulsively convincing, not least because they’re approaching their plight from different angles (she’s angry, he’s terrified), and the way that they bond in marital solidarity over their discovery of a number of tiny microphones is oddly touching – this isn’t a spoiler: Anna assumes throughout that the house is riddled with bugs, and joshingly refers to “The Ear” very early on.

When the doorbell rings, have the men in suits that it heralds come to take Ludvík away, or do they merely hope to continue the party in a similarly congenial environment? Ostensibly the latter, but we’re never quite sure what their true motivations are. The film is riddled with similarly unsettling touches – why, if a power cut notionally extends for several blocks, does the next door house still have its lights on? Did the fact that Ludvík’s boss was Jewish inform his arrest? (Translation: is the non-Jewish Ludvík therefore safe?) Flashbacks to brief but potent encounters at the party pepper the central situation like unexpected gunfire (Miroslav Hájek, who cut many New Wave classics, is on frequently inspired form here). The Ear remains a brilliant analysis of how political power is maintained and enforced – and not just in a totalitarian situation. For instance, while the ministers purged in Boris Johnson’s notorious July 2019 reshuffle weren’t arrested and “disappeared”, one can have little doubt that the paranoia in those circles would have looked decidedly familiar to anyone who’d just watched this film.

Broadcast on Channel 4 in 1991, and then released on DVD in 2005, in both cases from a less than wonderful videotape source, The Ear has now been properly restored by the Czech National Film Archive and the new Second Run Blu-ray is a literal revelation. They’ve also added some excellent context-setting extras, including the thematically similar short film The Uninvited Guest (1969) which was also banned until 1990, but its creator Vlastimil Venclík didn’t have a reputation to fall back on and was effectively hounded out of the film industry altogether. Conversely, unlike many contemporaries, Kachyna carried on working (his filmography is both substantial and regularly spaced), but the fact that his next project was Jumping Over Puddles Again (1971), about the relationship between a young disabled boy and his horse, spoke volumes in itself.