Five years after winning both the Oscar and the BAFTA for best costume design, Michael O’Connor could pull off the double again with these lovely designs for Charles Dickens and his secret mistress. 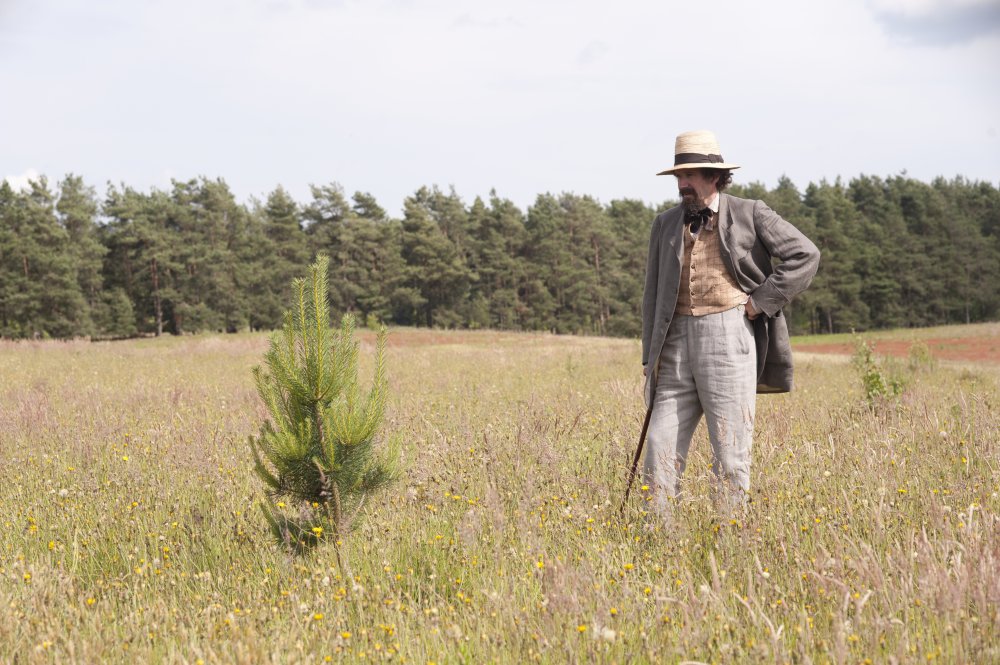 Ralph Fiennes as Charles Dickens in The Invisible Woman (2013)

Screen adaptations of the novels of Charles Dickens have been keeping costume designers busy for decades, but with Ralph Fiennes’ new period drama The Invisible Woman came a new and unique proposition: tailoring for Mr Dickens himself.

Based on the book by Claire Tomalin, it’s the story of a secret affair that Dickens (played by Fiennes) had late in life with a young theatre actress by the name of Nelly Ternan (Felicity Jones).

The challenge of making Dickens dapper fell to London-born Michael O’Connor, whose work with Fiennes and Keira Knightley on The Duchess (2008) scooped him both the Oscar and the BAFTA for best costume design. It’s a trick he could pull off again this year, as The Invisible Woman has once more garnered him nominations on both sides of the Atlantic. 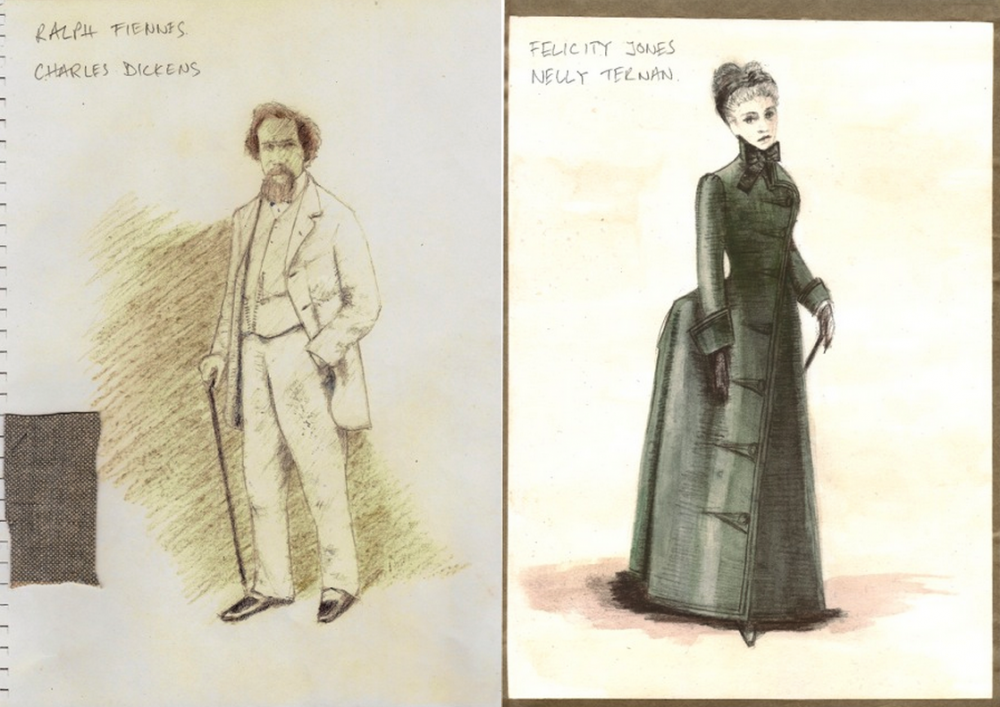 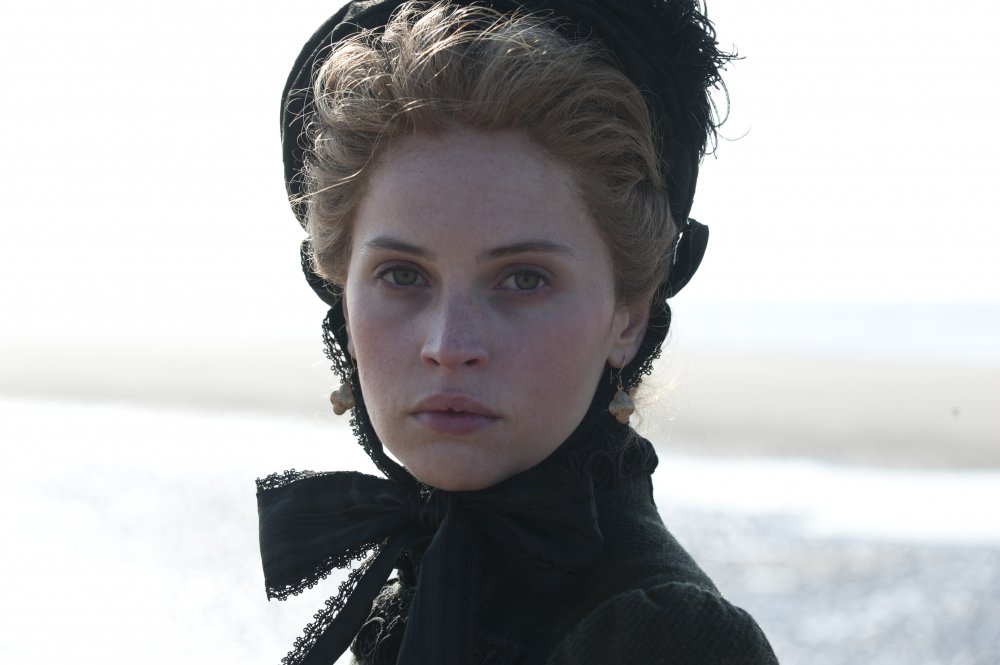 O’Connor worked closely with Fiennes to help create a sense of a lived-in Victorian England, studying contemporary photographs and paintings of the time by Augustus Egg and William Powell Frith. “What Ralph was keen to do was to use the costumes more than once,” O’Connor comments. “There’s nothing more unconvincing than people who keep changing all the time. In those days people did wear the same bonnet and re-trim it for a different occasion.” 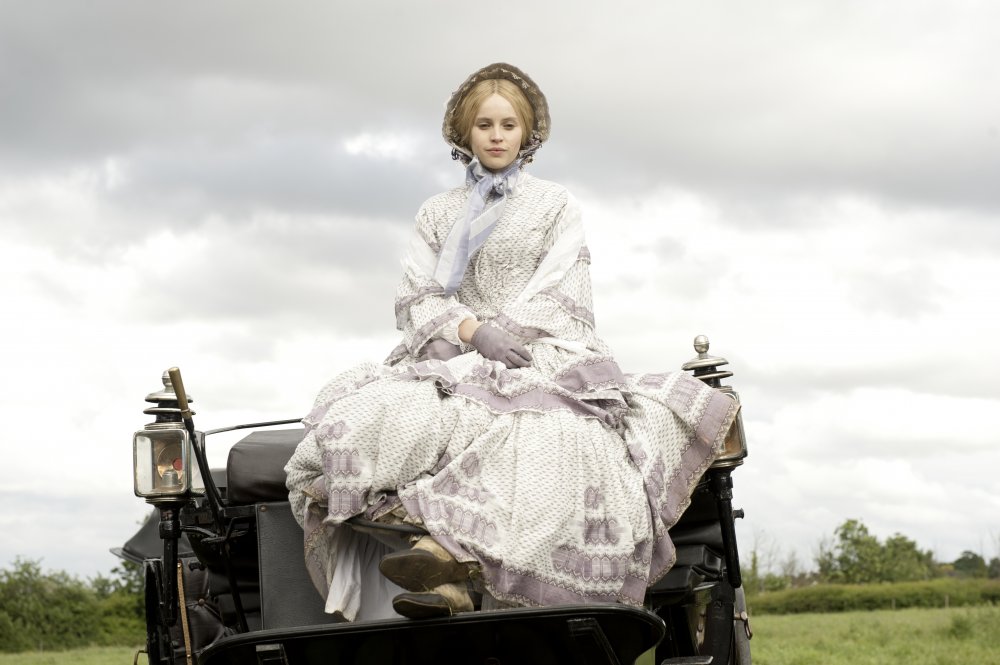 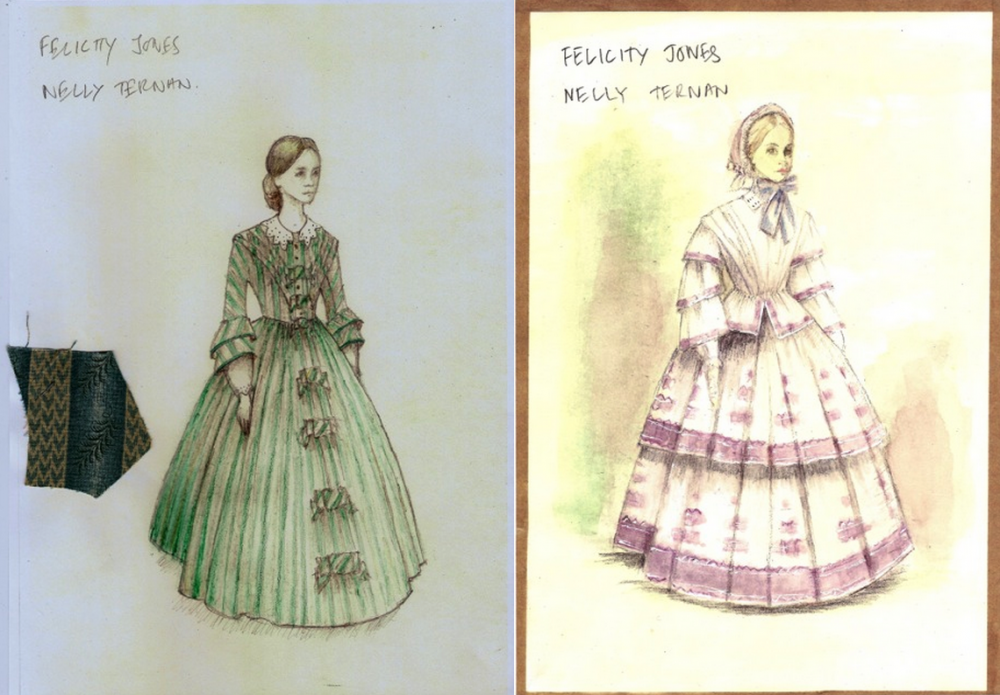 The film opens on Nelly alone on a deserted beach in Margate in 1885 before flashing back to the time of her love affair with the great author. This framing device gave O’Connor the challenge of imagining how Nelly dressed at two distinct stages of her life. “The pictures show this arched kind of woman,” he explains. “But they are later pictures and they are posed pictures. To find the woman who woke up in a cold cottage in the morning and went to the theatre and did a sort of average performance has been very difficult.”

There are nuances of detail that may be lost on the casual viewer, but the dual nomination for O’Connor speaks volumes for the industry’s respect for the designer’s craft and care. “You think it’s just a costume but the detail, every layer is completely accurate as to how it would have been,” says Felicity Jones. “With Michael O’Connor costumes, you just feel like a real person.” 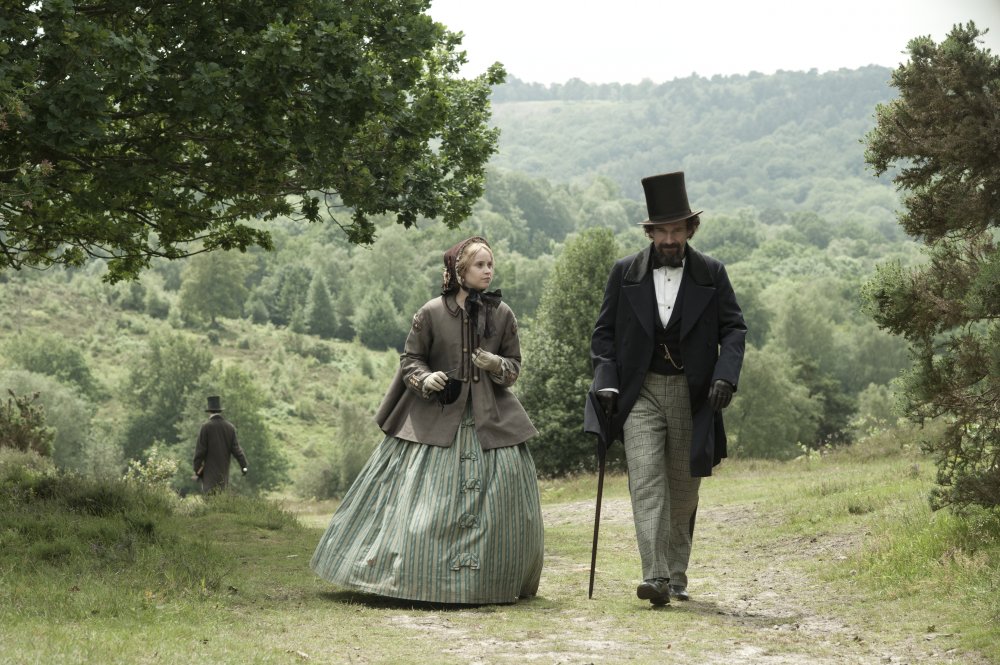 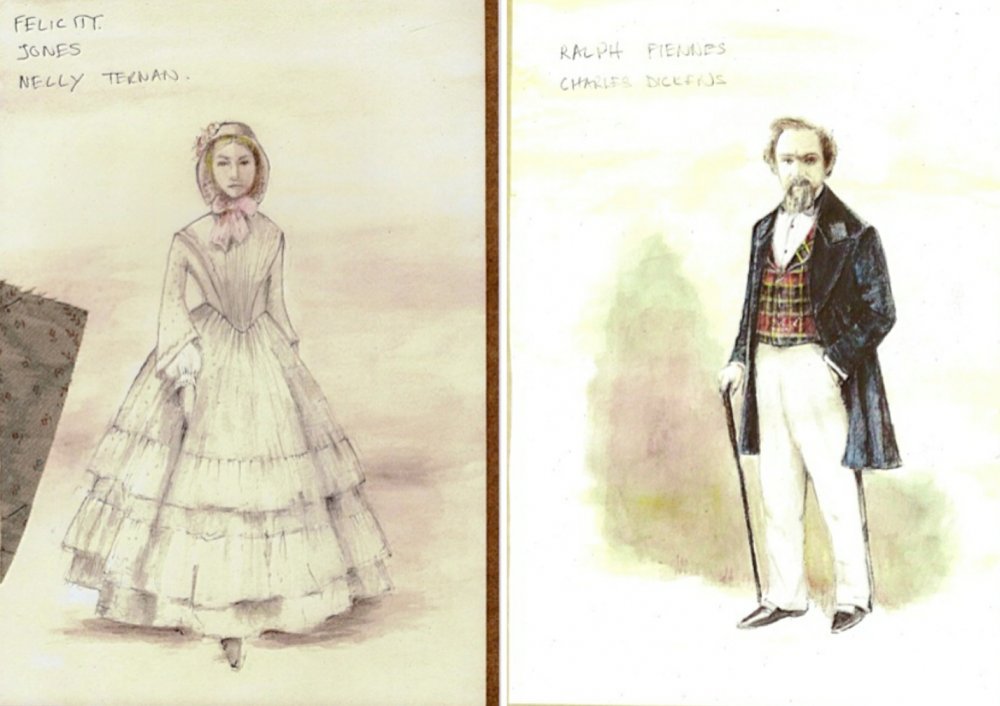 A grey dress for Nelly and Dickens’s frock coat 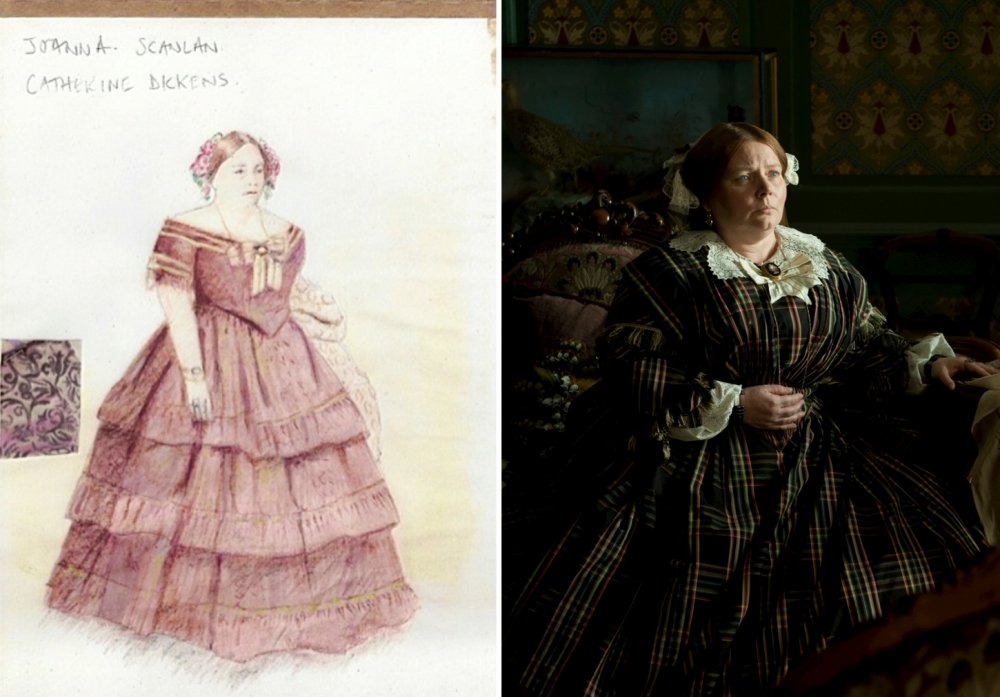 An evening dress for Dickens’s wife Catherine, as played by Joanna Scanlan in the film