Read a letter sent beyond the Iron Curtain to author Boris Pasternak after the English publication of Doctor Zhivago, the novel which won him the Nobel Prize for Literature. 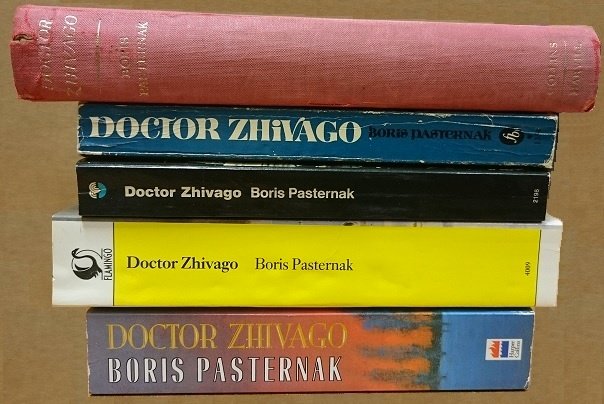 Doctor Zhivago is back in cinemas nationwide from 27 November 2015.

Boris Pasternak’s Doctor Zhivago was not only a great historical and romantic novel but also caused great controversy during its publication. Having been rejected in the USSR, the book was smuggled to Italy and published in Italian by Feltrinelli in 1957.

It was first published in English in 1958, by William Collins in conjunction with Harvill Press. Harvill Press had begun in 1946, set up by Manya Harari and Marjorie Villiers. They aimed to publish foreign writers in Britain after the turbulence of the Second World War. Collins bought Harvill in 1955 and acquired many famous authors from Europe and Russia including Pasternak, Aleksandr Solzhenitsyn and Anna Akhmatova.

These copies of Doctor Zhivago show editions ranging from the 1958 original to an edition from the 1990s. 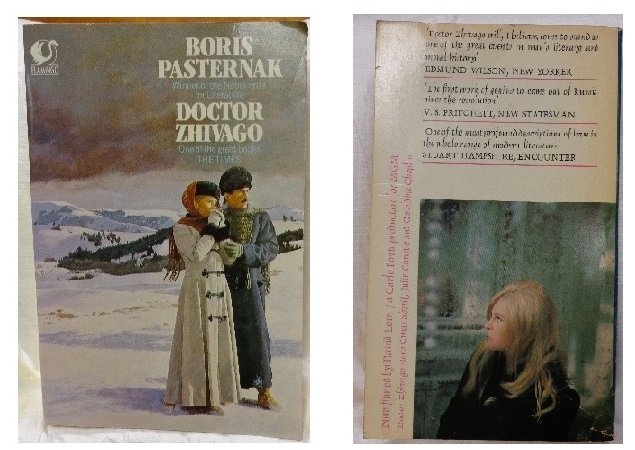 This letter from Mark Bonham Carter, an editor at Collins, was sent a few months after the publication of Doctor Zhivago in Britain and already the company was looking to publish his autobiography. 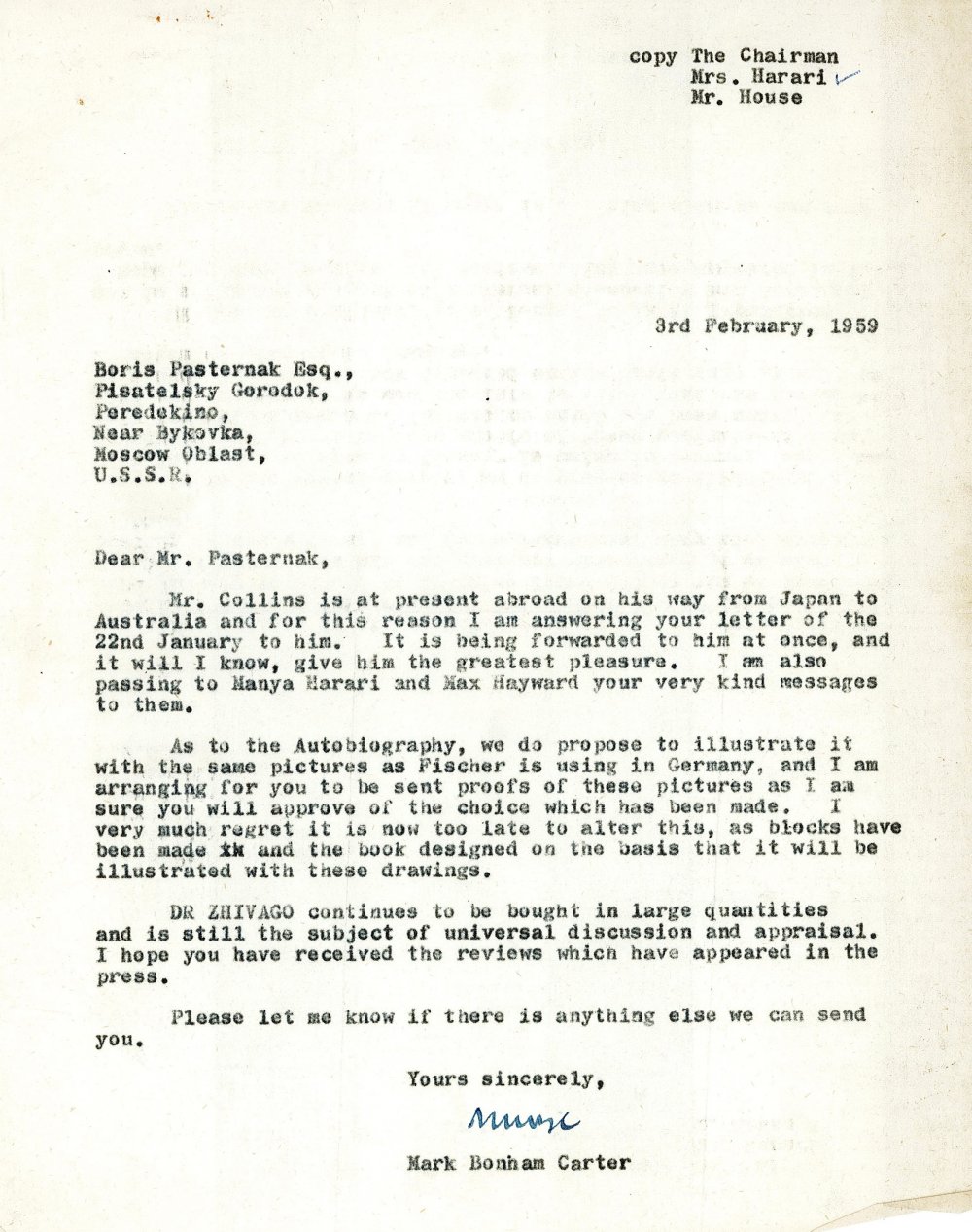 Doctor Zhivago was awarded the Nobel Prize for Literature in 1958, which did not sit well with the Russian government due to its clear rejection of socialist realism. Though in Europe some have criticised it as confused, the book was hailed as a masterpiece. The book has been adapted on numerous occasion, the most famous being the 1965 film directed by David Lean and starring Omar Sharif as Zhivago.

If you’d like to explore the intersection between romantic film and literature, then please join us at #BFILoveFest virtual festival at the end of November.

Related to Doctor Zhivago: an original letter to Boris Pasternak