A new collection available to view online on the BFI Player tells the story of Chinese Britain on film, with a selection of rare feature films and shorts. 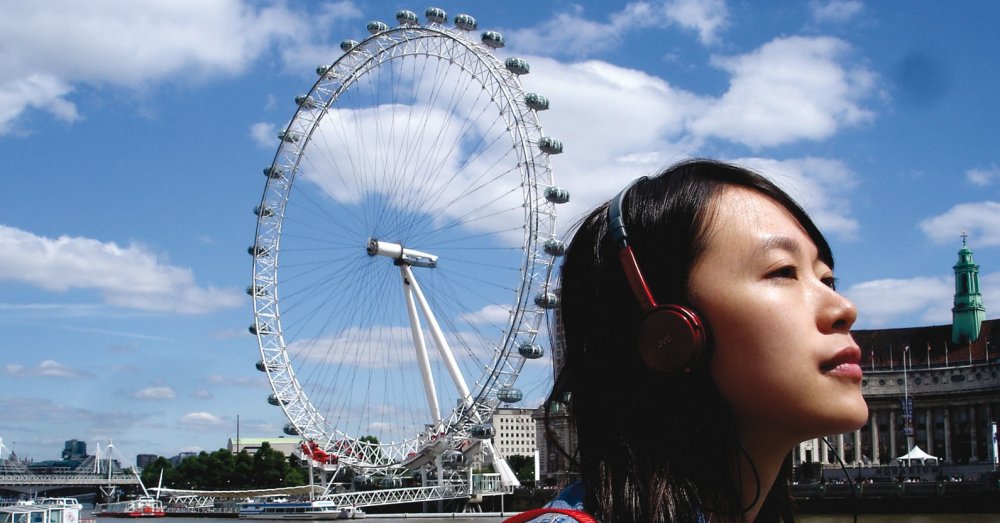 As part of the BFI’s year-long celebration of Chinese cinema, two programmes of British-Chinese films have been released on the BFI Player. In September, we unveiled China on Film, a superb collection of British documentary and travelogue films shot in China, made during the end of the Qing dynasty through to the late 1940s. Now we’ve added Chinese Britain on Film, a diverse collection of British films that look at how Chinese people in the UK have been represented on screen. Both programmes include many titles which have been made available online for the first time as part of the BFI’s Unlocking Film Heritage digitisation project.

The Chinese Britain on Film programme has evolved into two distinct groups of films, each reflecting very different ways in which the UK has depicted its Chinese community. The first collection, consisting of early British features, short films and serials, dates from the 1900s through to the 1930s. These are films made by non-Chinese filmmakers that tend to tell salacious stories about the Chinese community, whether real or imagined.

It starts with three shorts from the turn of the 19th century that depict various atrocities from the ‘Boxer rebellion’, in which Chinese militants sought to expel foreigners from China. With titles like Attack on a Mission Station, these films were sensationalised dramatisations of the appalling stories reported back from China. 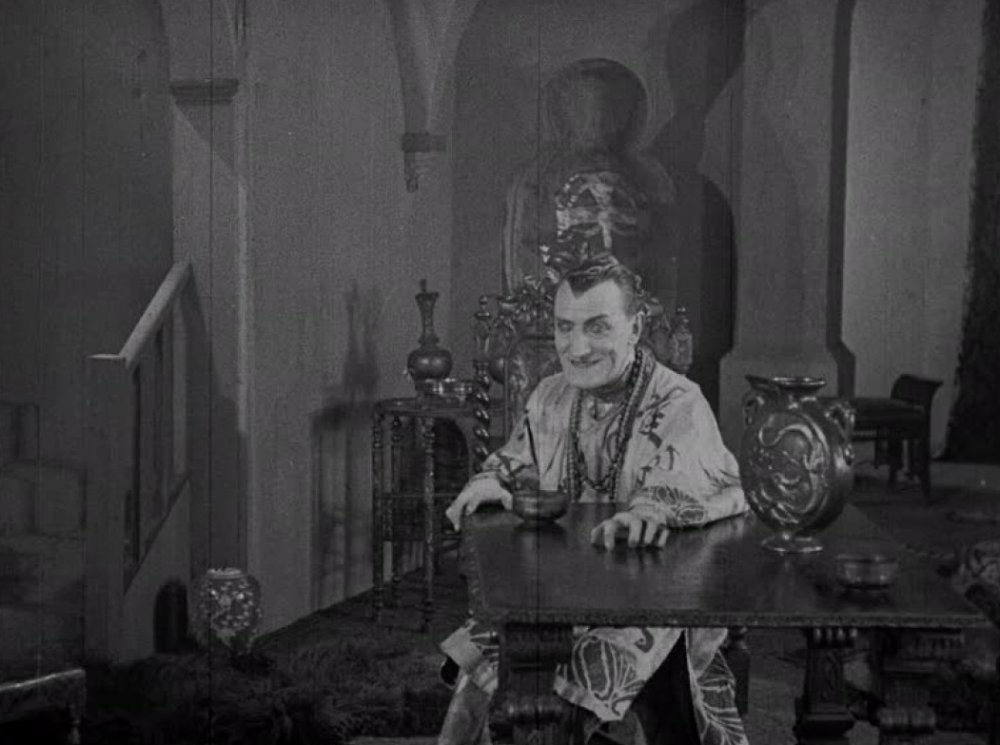 The films offered highly partisan accounts under the guise of reportage, creating a journalistic moral panic about Chinese people that continued throughout much of British cinema in the silent era.

1922’s Cocaine, for example, revels in the kind of sordid scandal that grabbed newspaper headlines in the 1910s and 1920s; the national press rarely reported on London’s Chinatown (then situated in Limehouse) without reference to drugs, nightclub dens and other illicit pleasures. The Chinese community is invariably presented in unflattering terms in the films from this era, with Chinese characters often played by white actors in heavy makeup. It’s an insular world view reflecting perhaps the last days of Britain’s colonialism; fascinating yet outmoded.

The second collection, Chinese Voices, offers some redress to the often troubling approach of the silent era films. A selection of regional news reports reveals how, from the mid-1960s, the arts and culture of Britain’s Chinese communities began to blossom in places like Liverpool, Birmingham and London. And from the 1980s, as more and more British-born Chinese filmmakers emerged, we’ve a distinct body of fiction films that reflect British Chinese experiences at first hand.

Ping Pong uses comedy and elements of mystery to explore the immigrant experience of families living in Soho’s Chinatown. Soursweet, based on Timothy Mo’s Booker nominated novel, looks at a young Chinese couple who set up a thriving fast food business but struggle to balance the differences between their inherited and adopted cultures. 1998’s Yellow Fever exposes the struggle felt by a gay Chinese man who has told himself he only fancies white men. We’re also pleased to be including work from the next generation of British and Chinese filmmakers, among them Xiaolu Guo, Lab Ky Mo, Daniel Yorke and Selina Lim.

The films in this later collection share a more authentic voice, a welcome riposte to decades of narrow stereotypes. Altogether, our Chinese Britain on Film programme adds up to a vivid and frank picture of the developing representations of Chinese people in the UK over more than 100 years of moving images.

Here’s some to try: 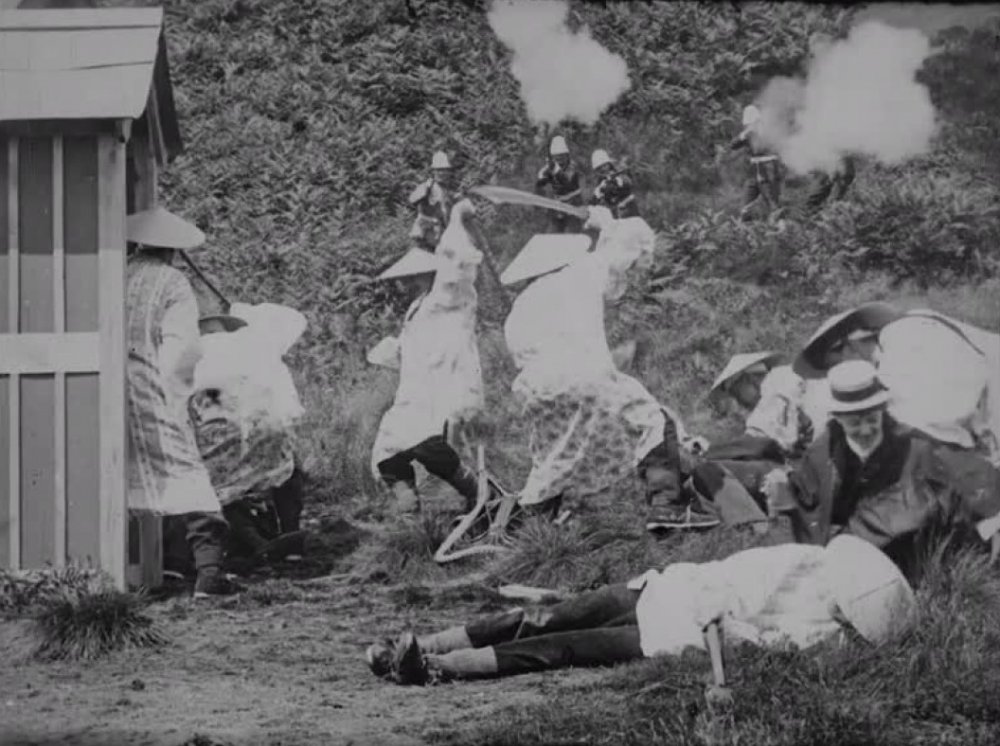 An early example of the dramatic reconstruction film, Attack on a Mission Station is most likely based on the terrifying but compelling journalistic accounts of Boxer attacks on western missions in China. Like other early British films about China, the depiction of Chinese people here is unsympathetic, it’s tone informed by one-sided reports about the Boxer uprising.

Following the enormous success of the Stoll Film Company’s The Mysteries of Dr. Fu Manchu serial in 1923, the lead actors from that serial – Fred Paul and Harry Agar Lyons – reunited to make a the distinctly lower-budget Dr Sin Fang, which ran for six episodes and whose only surviving episode can be seen here. Fang is Fu Manchu in all but name, and this episode exposes the same limited and naive perspectives about the Chinese. The makeup used by Irish star Lyons as Sin Fang is crude and the plot sensational, but the sheer audacity of the ridiculous story line is both amusing and thrilling.

One of the great films of Britain’s late silent period, Piccadilly is also a fascinating snapshot of 1920s multicultural London. Anna May Wong stars as Shosho, a dishwasher whose exotic dancing captures the eye of a nightclub owner looking to liven up his evening’s entertainment. His interest drives the former lead dancer (the terrific Gilda Grey) into a wild rage of jealousy in this great tale of fame, lust and envy. 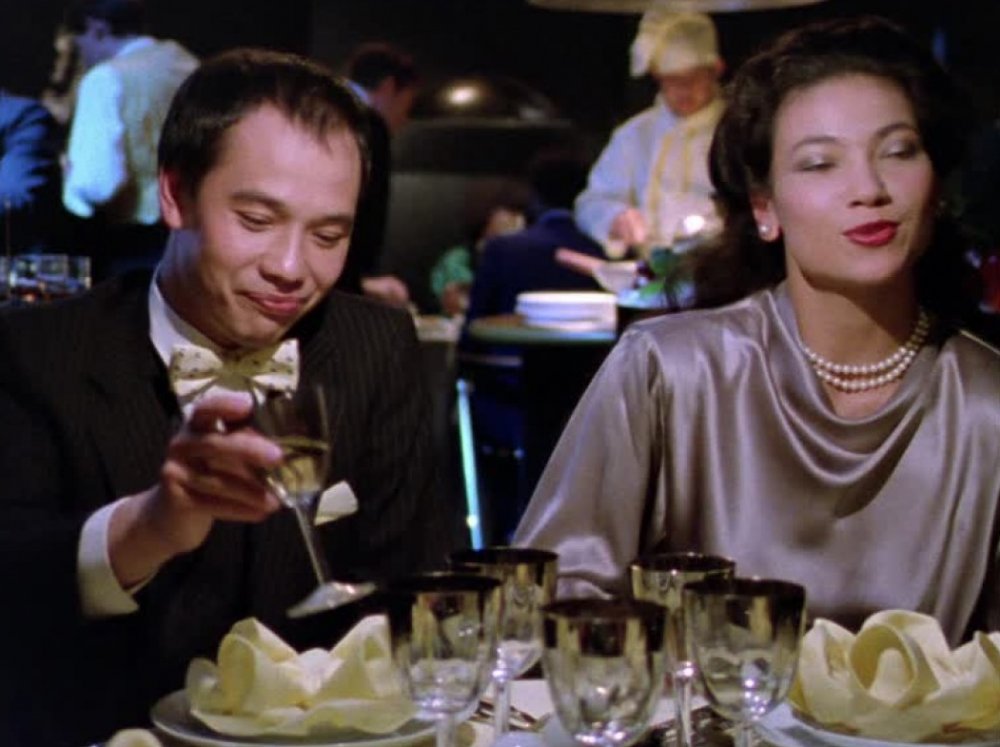 Unfairly overlooked when released in 1986, Ping Pong was the first British feature film written and directed by a British-Chinese filmmaking team. A wry comedy-thriller about a young lawyer trying to execute the will of an old man who has died in mysterious circumstances (and whose contents she doesn’t understand), the film uses the mystery to expose the cross-cultural contradictions of life in Soho’s Chinatown. Lucy Sheen plays cockney accented lawyer Elaine Choi with verve and humour, her naive encounters poking fun at the generation gaps emerging between British Chinese families.

A tale about a young Hong Kong newlywed couple who come to England to set up a take away restaurant, Soursweet gives a defiantly Chinese perspective on the UK way of life, showing the struggle that Chinese migrants have had in combining eastern values with western ways.

Acclaimed novelist and filmmaker Xialou Guo documented her parent’s first trip to the UK in 2008. The only time her parents had ever been out of China, Xiaolu’s parents give a unique insight into life in the UK, their opinions pertinent and occasionally surprising but always wonderfully honest. 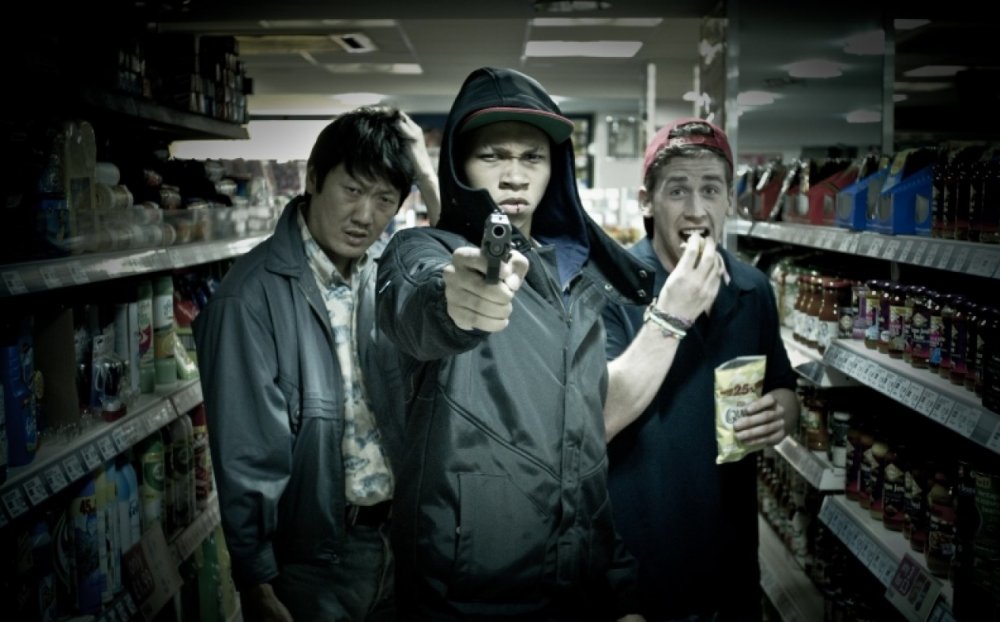 Mustapha Ksebati’s Painkiller is a short sharp thriller starring Benedict Wong and Attack the Block’s Franz Drameh. It is violent but it contains some beautifully human moments, exposing some of the difficulties faced by Chinese migrants in the 2010s. It’s written by BAFTA-nominated screenwriter Selina Lim.