Cinema in the rubble: movies made in the ruins of postwar Germany

Billy Wilder, Howard Hawks, Cary Grant and Marlene Dietrich are among the actors and directors who – like Roberto Rossellini with Germany, Year Zero – went to Germany in the aftermath of the Second World War, to film stories amid the rubble of a country in ruins. 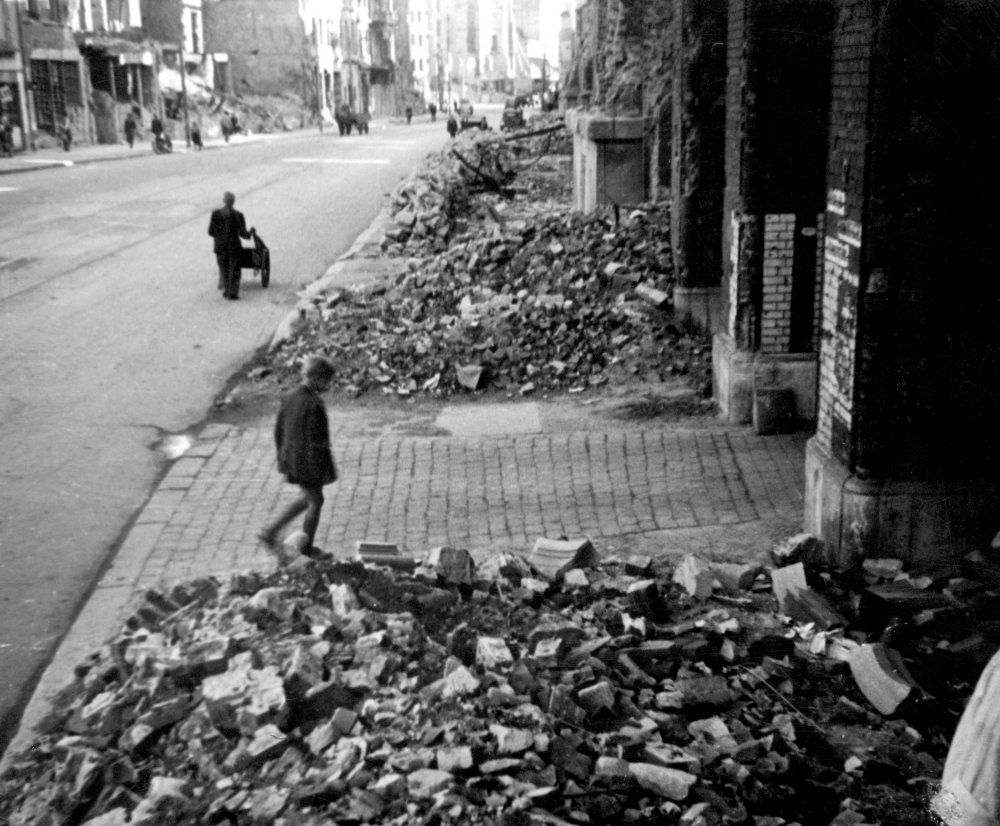 The War Trilogy is available now on BFI Blu-ray and DVD.

“The city was deserted, the grey of the sky seemed to run in the streets and, from the height of a man, you could look out over all the roofs; in order to find the streets under the ruins, they had cleared away and piled up the debris; in the cracks of the asphalt, grass had started to grow. Silence reigned, and each noise, in counterpoint to it, underlined it even more; the bittersweet odour of rotting organic material constituted a solid wall through which one had to pass; you floated over Berlin.”

So wrote Roberto Rossellini for Cahiers du Cinéma in 1955 of his first impressions of Berlin, eight years after he’d driven to the city in March 1947. He was there to begin production on what would become – following Rome, Open City (1945) and Paisà (1946) – the final part of his so-called war trilogy: Germany, Year Zero, a resolutely present-tense examination of the fallout from war. Despite a shift of national focus, Germany, Year Zero – which follows a young boy through the wreckage of postwar Berlin – remained a profoundly personal work for a filmmaker still grieving the death of his own son, Romano. 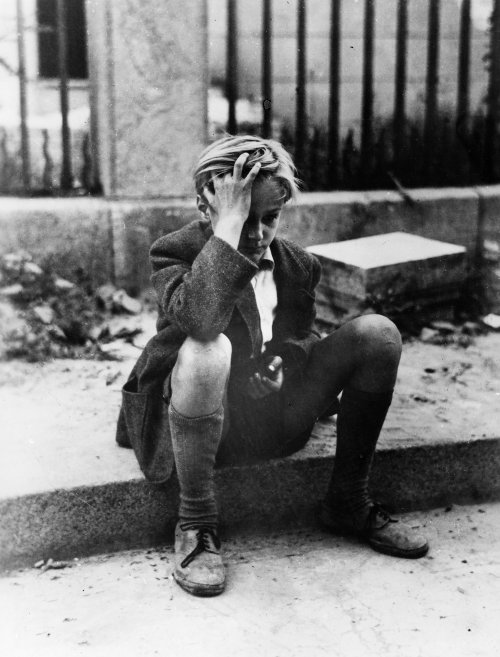 Rossellini’s intentions with the film are perhaps best summed up in the opening voiceover that accompanied the film’s American release:

“This film was shot in Berlin in the summer of 1947. It is intended to be simply an objective, true-to-life picture of this enormous, half-destroyed city, in which three and a half million people are carrying on a frightful, desperate existence almost without realising it. They live in tragedy as if it were their natural element, but out of exhaustion, not through strength of mind or faith. This film is not an accusation against the German people, nor yet a defence of them. It is simply a presentation of the facts. But if anyone who has seen the story of Edmund Koehler comes to realise that something must be done, that German children must be taught to love life again, then the efforts of those who made this film will have been amply rewarded.”

Of course, Germany, Year Zero isn’t a documentary: the lines between realism and artifice are more explicitly pronounced than in either of the trilogy’s previous entries. One doesn’t need to know that interiors were shot in Rome – or that shooting was suspended while the German cast dieted after too much Italian food led to continuity errors – to be aware of the constructive elements of what we refer to as neorealism: the expressionism readily apparent in Rossellini’s style, the melodrama in his brother Renzo’s score.

Which isn’t for a moment to suggest any reduction in its importance as an historical document. Few films capture a specific time and place with such elemental force. Edmund’s long, silent wander through the rubble before the film’s devastating climax is justly celebrated, but the looming, skeletal remains of the city that towers over him throughout the film proves as potently symbolic of his isolation and fate as his gravedigging introduction. 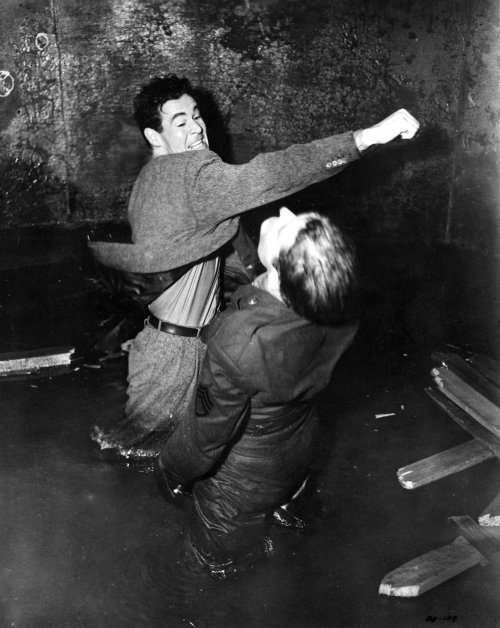 In one of the film’s most evocative sequences, Rossellini surveys the wreckage of the Reich Chancellery as Hitler’s voice raves from a record Edmund is trying to sell to a pair of GIs. It’s an irony that wasn’t lost on another filmmaker, back in Berlin at the same time as Rossellini for the first time since his stint as a screenwriter in the late 1920s. As Billy Wilder takes Jean Arthur on a jeep tour through the ruins of the city in his 1948 film A Foreign Affair, a colonel points out what’s left of the sights in the former ‘heart of Europe’: “Over there is the balcony where [Hitler] bet his Reich would last a thousand years, that’s the one that broke the bookies’ hearts.”

Despite a nostalgically mournful eye for the devastation, it was perhaps a little soon for Wilder to effectively satirise the climate of postwar Europe, having just come off editorial duties on the Holocaust documentary, Death Mills (he’d lost his mother and grandmother to the camps). Lampooning Weimar hits in broad strokes – and casting The Blue Angel star, Marlene Dietrich – A Foreign Affair at best comes off cautious, at worst glib.

Wilder wasn’t the first US-based filmmaker to get a production up and running in Berlin in the immediate aftermath of the war, and he wouldn’t be the last. Stateside studio bosses were keen to get films off the ground in Europe, as cash assets held abroad had been frozen, meaning money could only be spent internally within the country in question. French émigré Jacques Tourneur was first out the gate with his noirish thriller Berlin Express (1948), utilising the ravaged skylines of Frankfurt and Berlin (stunningly captured by cinematographer Lucien Ballard) as backdrop to multinational espionage shenanigans. 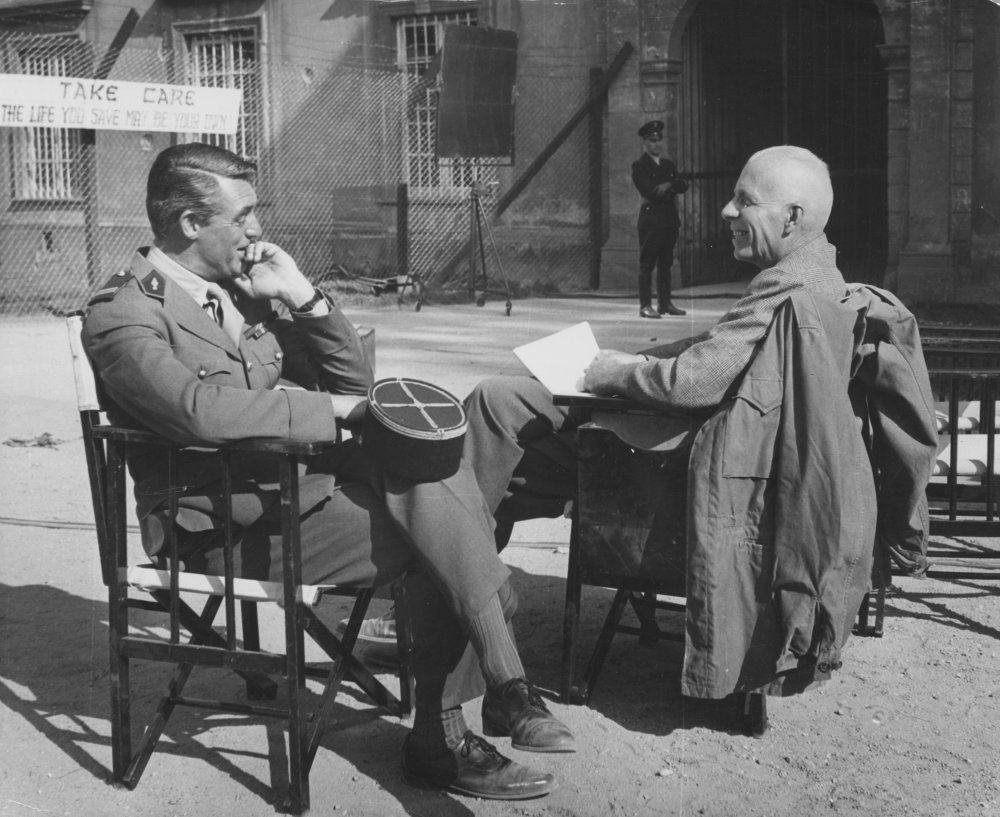 But bureaucratic tensions were commonplace. Permits had to be procured and resources were limited (There’s an apocryphal story of Wilder having to wait for Tourneur to finish with a camera before he could start shooting). There were also creative disagreements on how best to confront the horrors of postwar reality. Montgomery Clift fell out with director Fred Zinnemann on the set of The Search (1948), a quietly affecting film about a 10-year-old Holocaust survivor’s search for his mother, when he felt the director failed to sufficiently denounce the atrocities. At least some attempt was made, which is more than can be said for Howard Hawks, who managed to film the Cary Grant comedy I Was a Male War Bride (1949) almost entirely in a decimated Germany with nary a mention of the social or political repercussions of war. 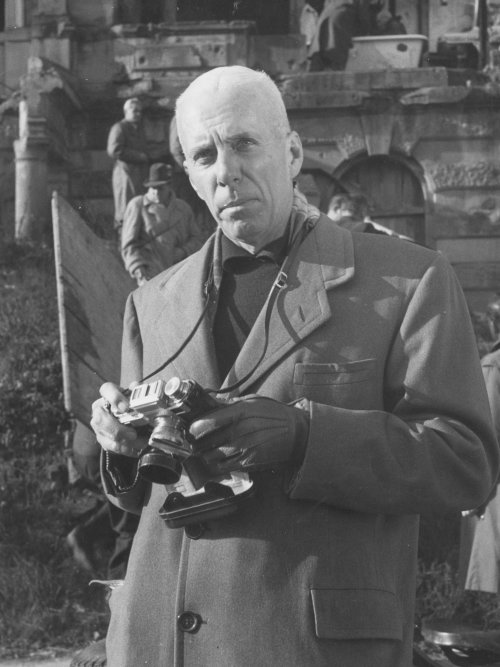 For all the foreign filmmakers in Berlin, fighting over equipment and locations, it was the Soviets who took charge of the newly established DEFA (Deutsche Film-Aktiengesellschaft) production company when the city was divided into zones in 1948. While opportunities were in place for German filmmakers to confront recent history on screen, strictures on form and content were soon put in place, promoting social realism and ‘re-education’ while disavowing the stylistic impetus of Weimar cinema.

Yet it was the short cycle of films made under the DEFA from its formation in 1946 to the close of the decade that came to be referred to as the Trümmerfilme, or rubble film. Depicting the physical and psychological ruin of postwar reality, the 40 or so films thus categorised lack the narrative and stylistic unity that could constitute a genre in itself. There are however constants: from the location shoots to the strict morality, the eye towards reconstruction and a cautious optimism for the future.

That the term Trümmerfilme was mostly used as a pejorative is perhaps unsurprising, and it was Hollywood cinema that German audiences favoured in the postwar years. With so much social depredation in daily life, audiences steered clear of big-screen depictions of the same. Critics (then and now) weren’t much kinder, citing a propensity for self-pity and a general whitewashing of questions of national guilt with reductionist sentiment. One need only watch Robert A. Stemmle’s Berliner Ballade (1948), flashing back from a super-Berlin of the year 2048 (and starring an unrecognisably svelte Gert ‘Goldfinger’ Fröbe) to see their point. 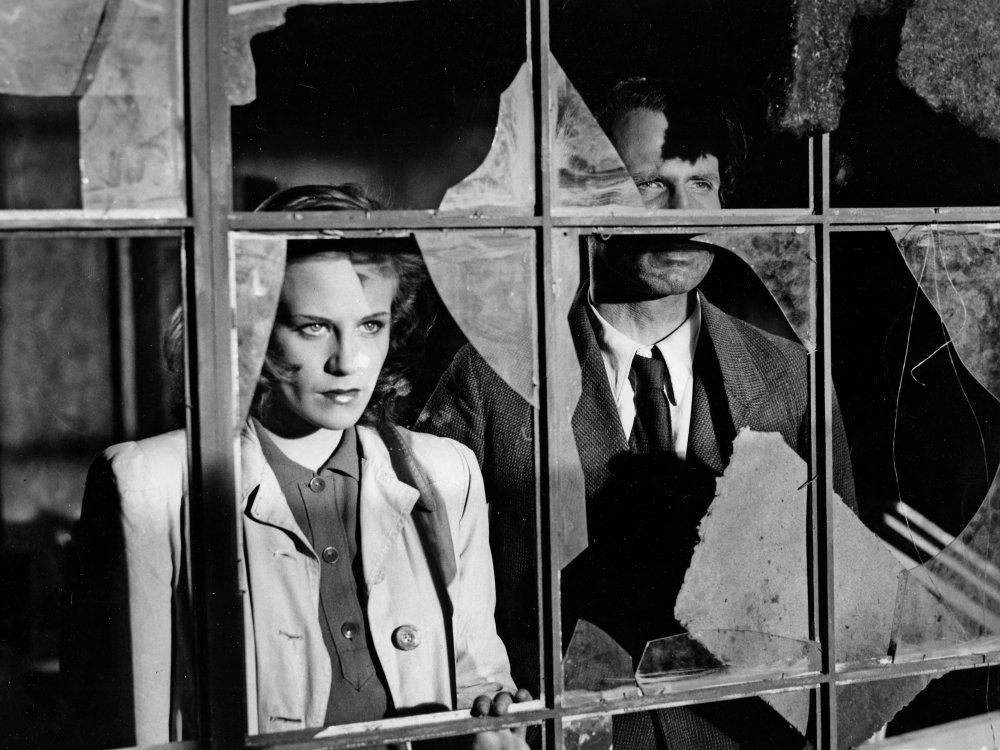 Generally considered the first of the rubble films, Wolfgang Staudte’s The Murderers Are among Us (1946) fares little better. A shell-shocked soldier and a female concentration camp survivor find themselves sharing a flat in Berlin in the immediate aftermath of the war. The soldier is suffering from increasingly debilitating nightmares, centred on a massacre to which he was witness, finally seeking revenge on the perpetrator who has reintegrated himself into the community. His flatmate’s rosy outlook on life – having emerged from the camps in full makeup and without a hair out of place – beggars belief. But, despite Staudte avoiding any meaningful confrontation with the past, it was – in the words of one contemporary critic – “a start”.

“There is more than the physical loss of brick, stone and steel, it is the loss of human dignity,” reads the voiceover in Tourneur’s Berlin Express. The shell of a Europe ravaged by war served as a canvas for filmmakers to work through divergent attitudes to recent history, Rossellini striking a more pessimistic note than his German contemporaries. Despite his protestations of presenting “the facts” with Germany, Year Zero, comparison with the Trümmerfilmes alone show that cinematic truths can only be a question of perspective.

Related to Cinema in the rubble: movies made in the ruins of postwar Germany