Rare promotional images of Charlie Chaplin... and what they tell us about him

He was once the most famous person on the planet, but cultivating that stardom was a careful process. That’s why production stills of Charlie Chaplin always have a story to tell. 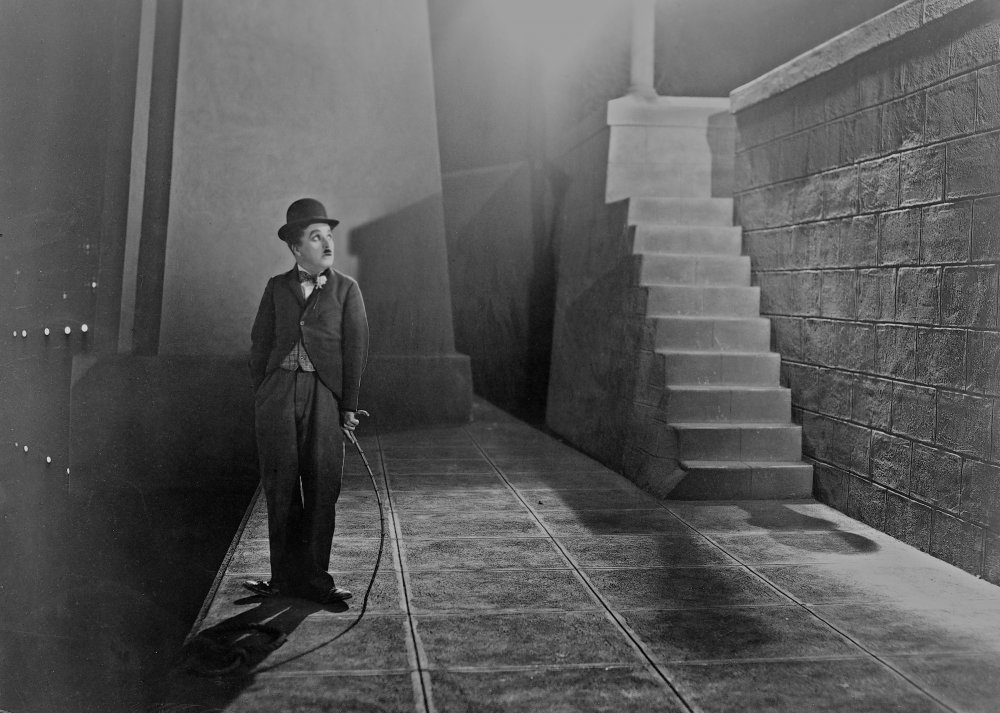 Film production stills have a value well beyond their origins as workaday publicity material. Even posed promotional photographs have a lot to tell us about, say, the construction and control of stardom, while ‘behind the scenes’ production stills have a power all of their own. They expose the mechanics of filmmaking, showing us cast and crew with their masks off and their guard down.

And when we begin to explore images across the length of a career – even a career we might think we know well, such as Charlie Chaplin’s – they can serve up unparalleled insights into the relationships between art, industry and biography.

Chaplin understood comedy completely, not just its entertainment value but its versatility and its potential as a social and political tool. That understanding shaped his films, but it in turn was shaped by his own experiences.

Chaplin’s iconic Tramp persona was embraced and adored by millions of cinemagoers worldwide, becoming an enduring symbol of the little man who refuses to be defeated by ill-fortune – a popular hero in tough times.

But from the start, the Tramp was much more to Chaplin than just a fictional character. As Chaplin climbed the ladder of success, the Tramp served as a reminder of his childhood experiences of poverty and hardship.

We can trace those experiences and their influence on Chaplin’s screen persona not just in the films themselves, but in photographs and other images from his long career, many of them held in the BFI’s collections.

In his early life, Chaplin was inspired by his mother, Hannah Chaplin, and her glamorous stories of theatre life, especially as he watched her sing and perform as a child. Chaplin and his older brother Sydney ventured on to the music hall stage at a young age, picking up small roles as the family struggled to make a living.

But when the family couldn’t make their rent, they found themselves in the Lambeth Workhouse. To make matters worse, Hannah Chaplin struggled with poor physical and mental health, including psychotic episodes that saw her hospitalised at Cane Hill Asylum.

Between Hannah’s admittance and Sydney’s return from sea, Charlie lived on the streets of South London virtually abandoned. 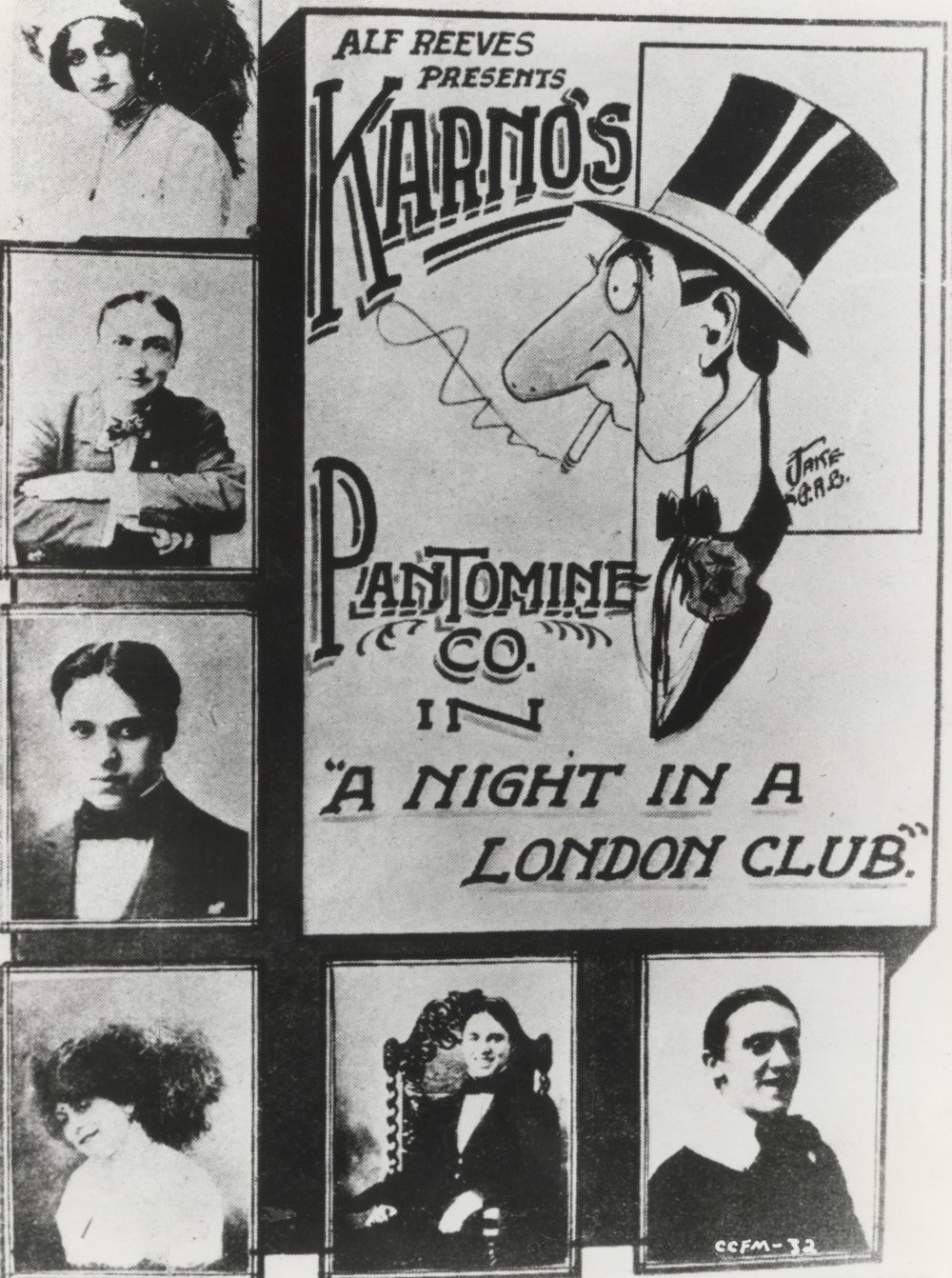 At the age of 19, with Sydney’s help, Charlie secured a place in Fred Karno’s Pantomime Company. This was a major break. The company encouraged stage improvisation and allowed him to explore endless characters.

His role as a drunkard functioned as social critique, and in retrospect looks to be an early ancestor of the Tramp. The character mocked the well-to-do ‘man about town’ through dress and makeup: Chaplin would appear scruffy and squiffy in a tailcoat, rouge on his cheeks and white powder in his hair to age him.

It was this performance that, during his 1912 tour, brought him to the attention of Keystone studios, who later offered him a contract – and a weekly wage of $150 – to re-enact his drunkard role for film. It was an offer that would set Chaplin on the path to unimagined success as perhaps the first truly global megastar. 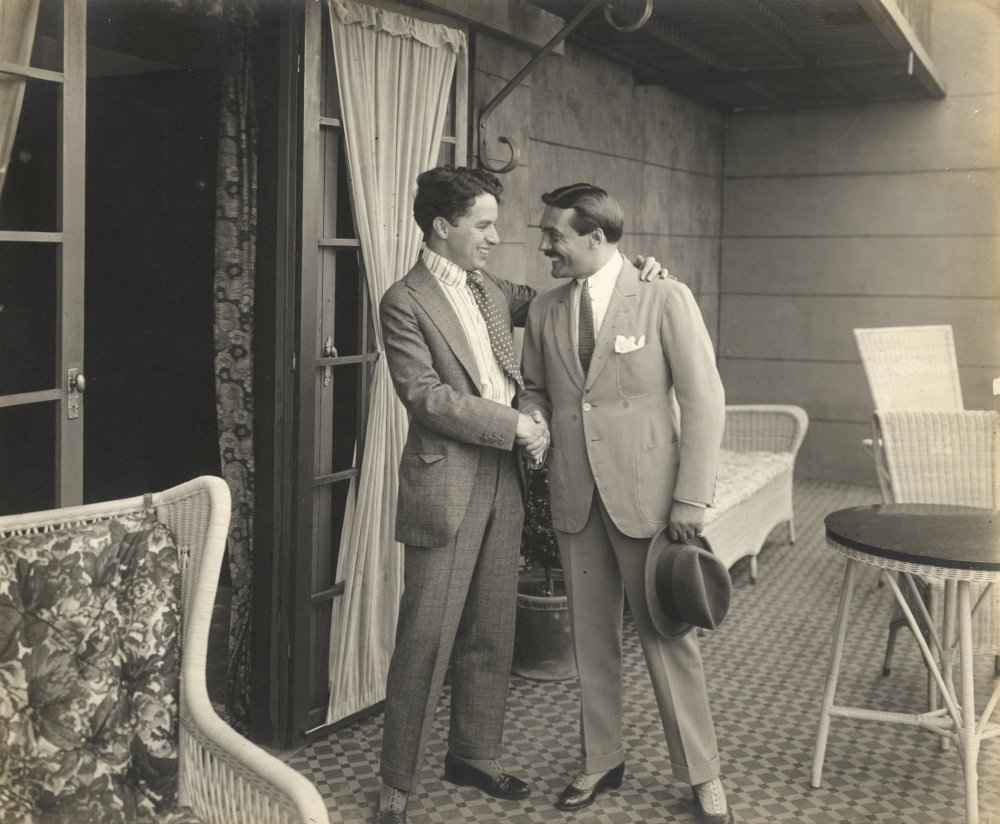 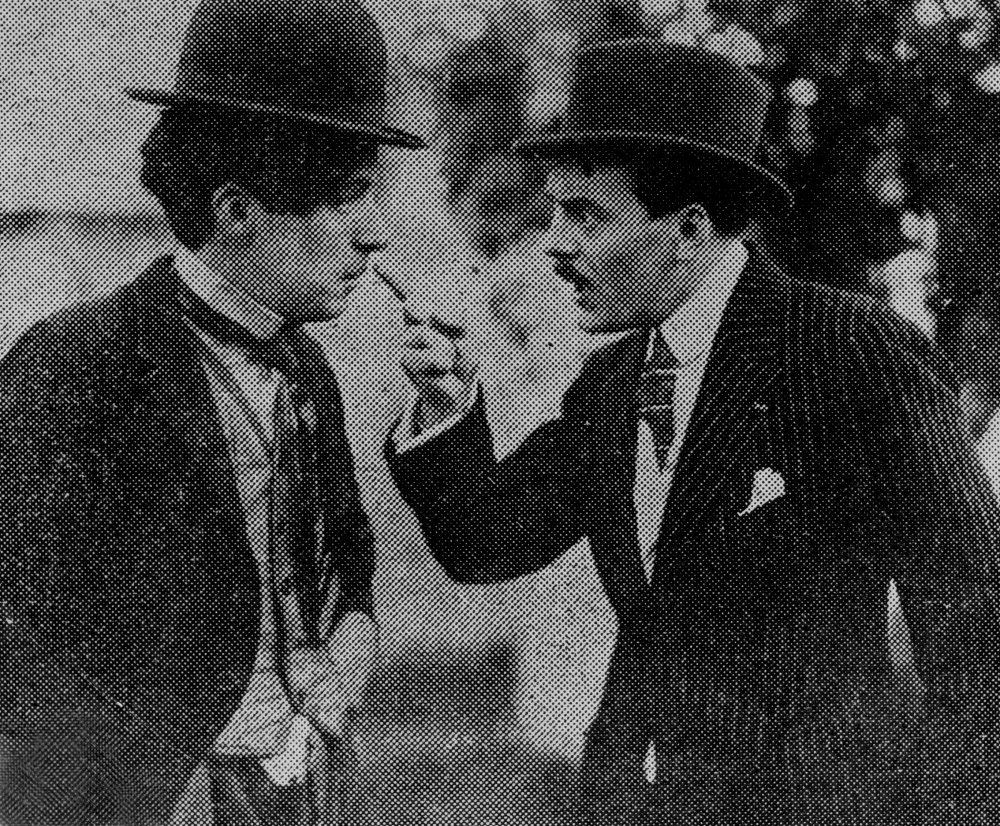 Another major influence on Chaplin’s Tramp was the French comedy actor Max Linder. The two photographs above highlight Chaplin’s working relationship with Linder on set and their close friendship behind the scenes.

Linder, six years Chaplin’s senior, had already made a name for himself as a film performer, with a more refined persona, Max. At first glance, the Tramp and Max appear to have very similar costumes, but Chaplin’s suit is worn, and the bowler hat sits, humorously, too high on his head.

Chaplin subverted Linder’s Max persona: adopting something of his style, but creating a very different character to inhabit the clothing. 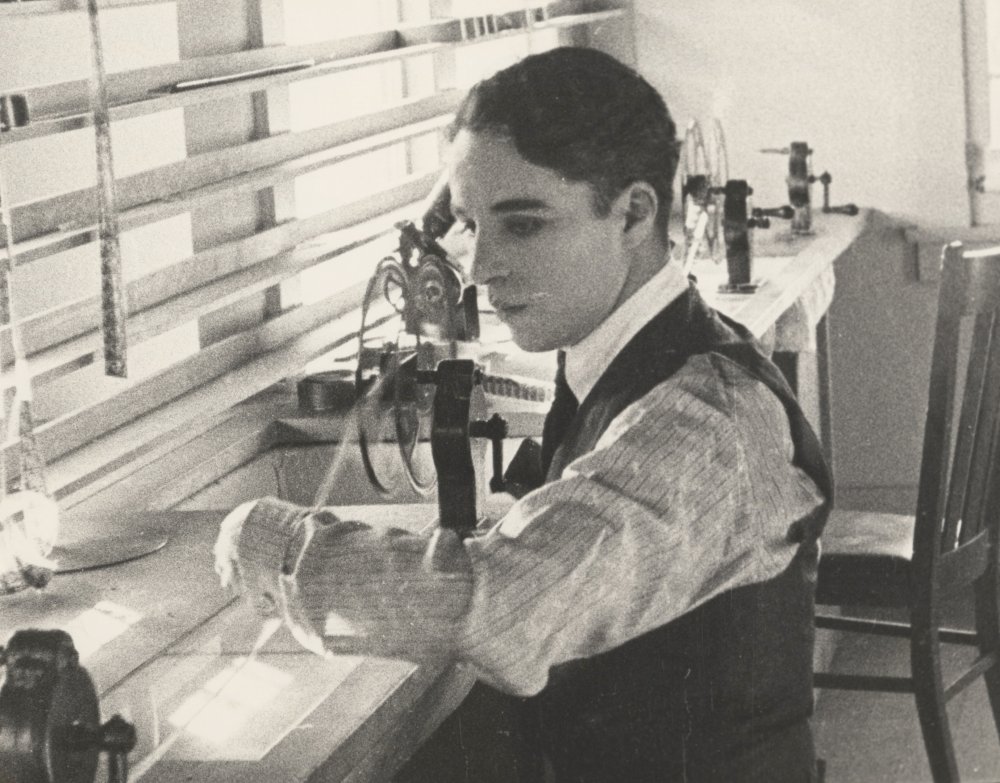 Chaplin’s journey to stardom was down to much more than luck. From an early stage, he was unusually committed to the labour of making films, involving himself in every aspect of the filmmaking process. The photograph above, which finds Chaplin in the cutting room, the powder and eyeliner still visible on his face, captures his impatience to jump onto the next task as soon as the camera stopped rolling.

This combination in one image of the two realms of filmmaking – the art of fiction and the technical craft – highlights the magic of film stills.

In America Chaplin became a celebrity, but back in England his reception was more mixed. During the First World War, Chaplin managed to avoid conscription into the army, but was criticised in the press for his perceived lack of patriotism. One common complaint of the period was that Chaplin had become a member of high society, and lost touch with his roots. 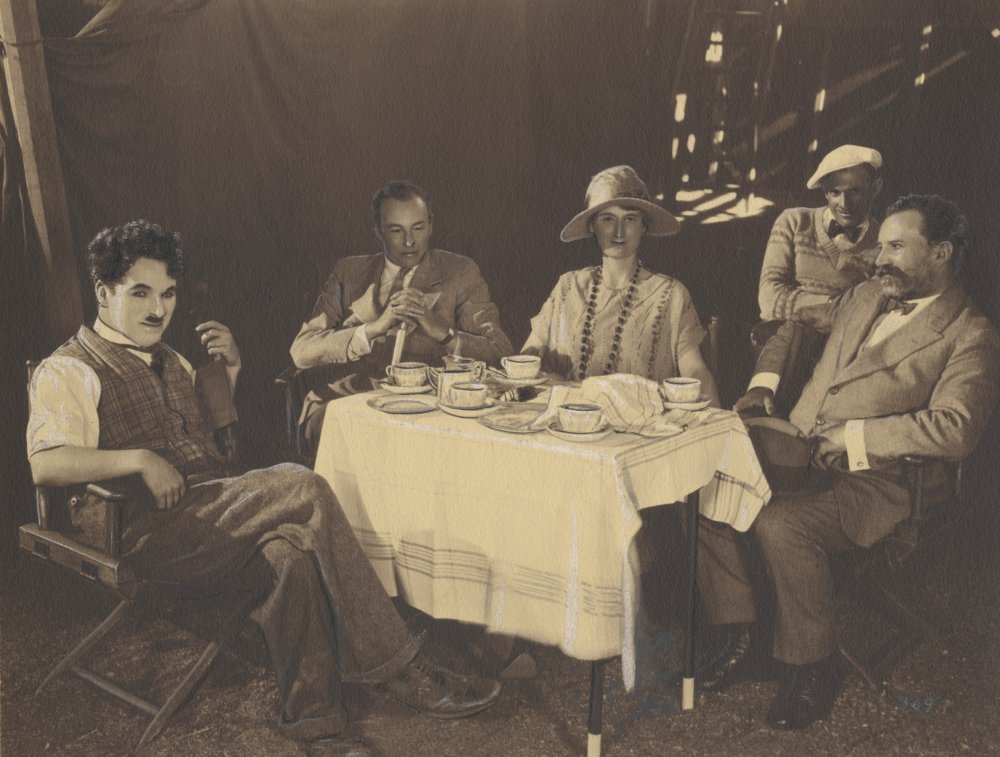 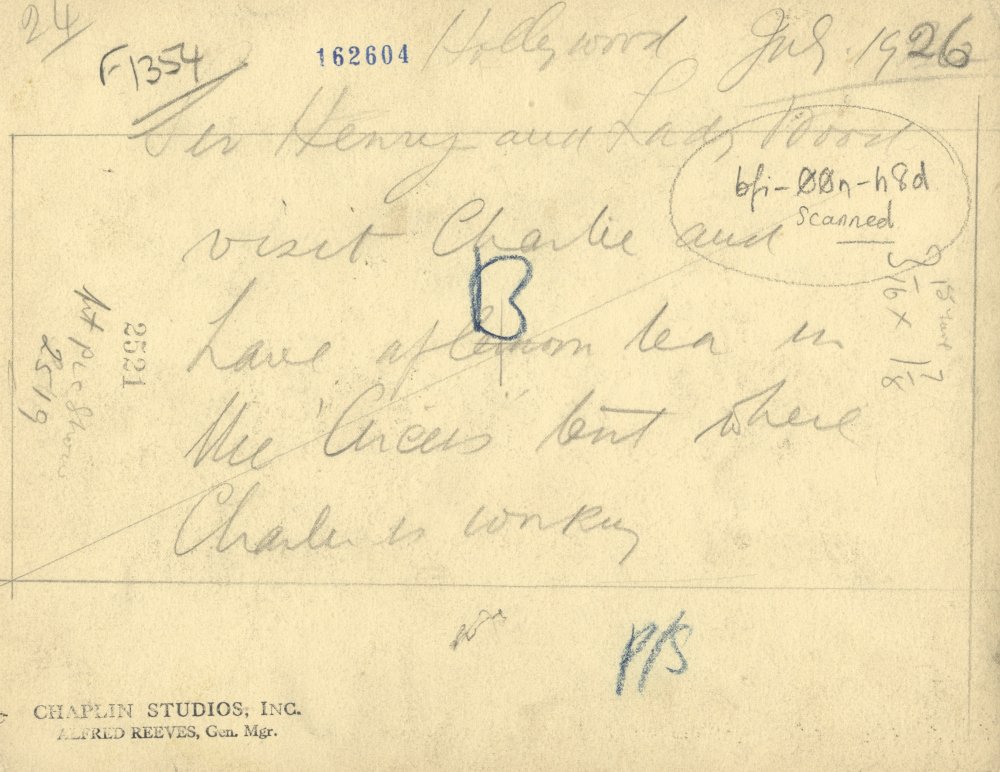 Certainly, photographs published by Chaplin’s own studio show him networking with upper-crust supporters. The image above, in which Chaplin entertains the conductor Sir Henry Wood and his wife, Lady Wood, has been modified with white and black paint, highlighting its use to promote Chaplin’s professional identity. But the demands of publicity shouldn’t be misconstrued as any betrayal of his origins or the foundations of his comedy.

In his autobiography, Chaplin recalled: “I wanted everything a contradiction: the pants baggy, the coat tight, the hat small and the shoes large… the clothes had imbued me with the character.”

The Tramp mocked the bourgeois gentleman by appropriating his own symbols – cane, bowler hat, toothbrush moustache – and appealed to audiences worldwide by outwitting his social superiors and hoodwinking authority. 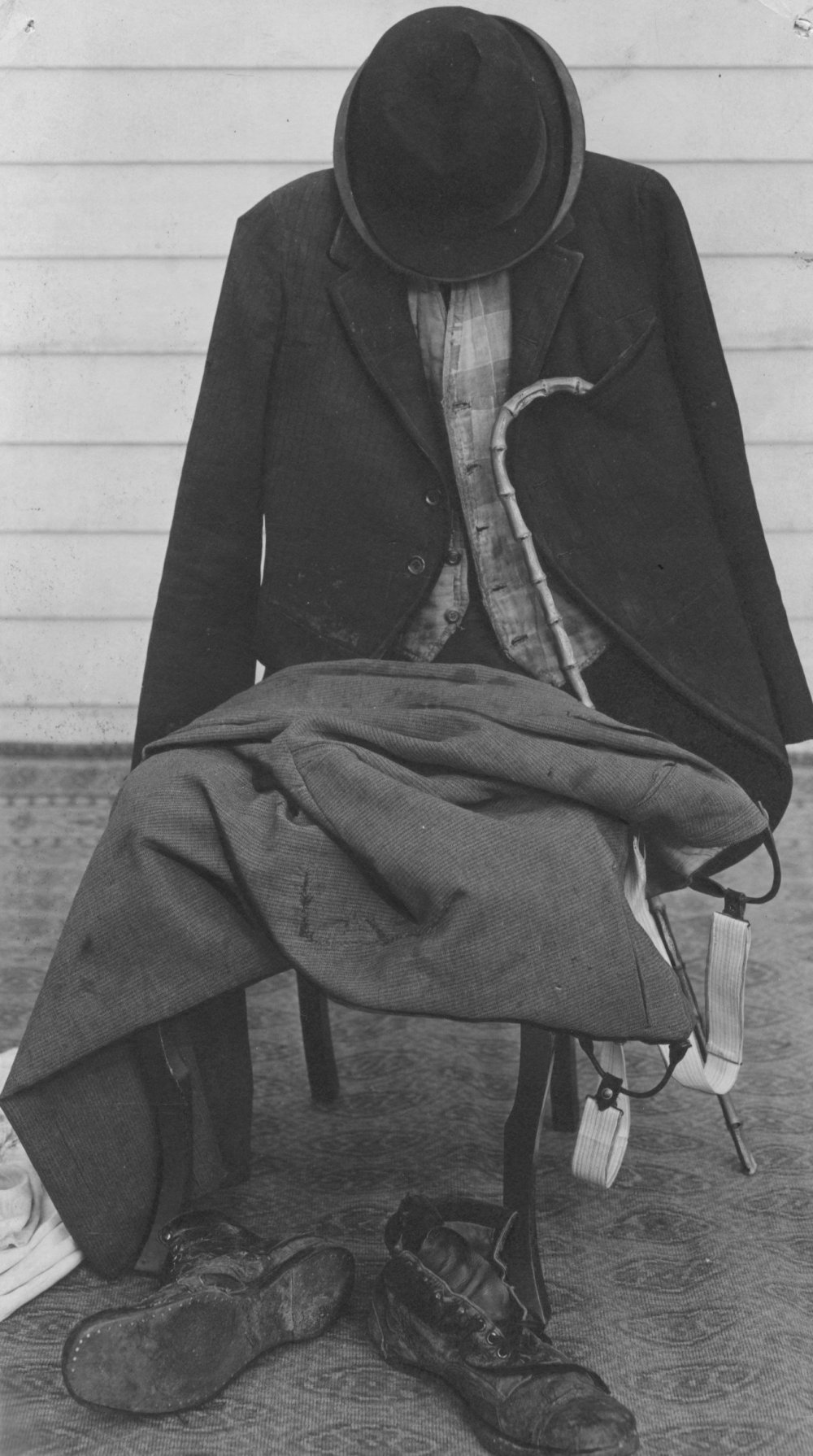 The Tramp costume laid out across a chair, date and photographer unknown
Credit: BFI National Archive

In fact, as the photograph above eloquently shows, his costume carries the identity of his character even without his presence.

Chaplin became the rich man who played the Tramp and found himself dogged by accusations of hypocrisy, but he never compromised himself. Like his character, he was always a man of contradictions: in his own words, “many sided… a tramp, a gentleman, a poet, a dreamer, a lonely fellow.”

Related to Rare promotional images of Charlie Chaplin... and what they tell us about him