See a page of Chaplin’s original draft for his recently rediscovered novella about Soho theatreland, as we celebrate the little tramp’s centenary. 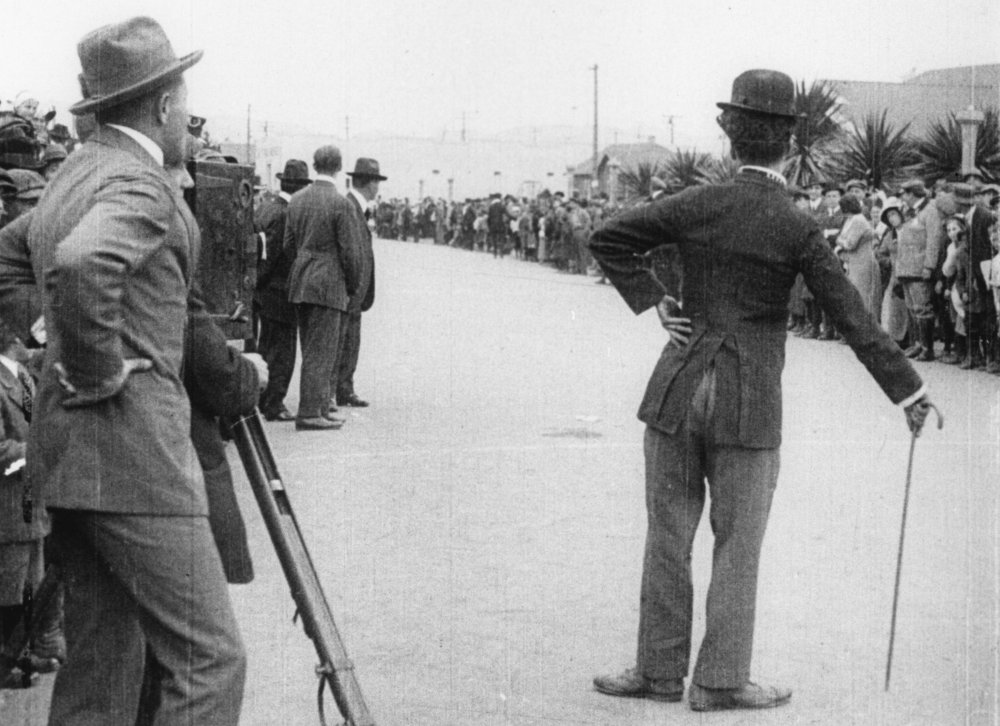 One hundred years ago, on 7 February 1914, a film called Kid’s Auto Races at Venice gave the world the first small glimpse of Charlie Chaplin’s famous tramp character. This week, we celebrated the centenary in style at BFI Southbank, with the launch of David Robinson’s new book Footlights and The World of Limelight. The author gave a tour-de-force lecture on the discovery of Chaplin’s novella Footlights in the Chaplin Archives and its pivotal place in the trajectory of Chaplin’s career from the tramp to mega star.

The novella had a long gestation, from the time Chaplin met troubled genius Nijinsky in 1916 to decades later when he finally adapted it as Limelight in 1951. This was his final American film, featuring a clown comedian at the end of his career and set in an imaginary Soho theatreland. 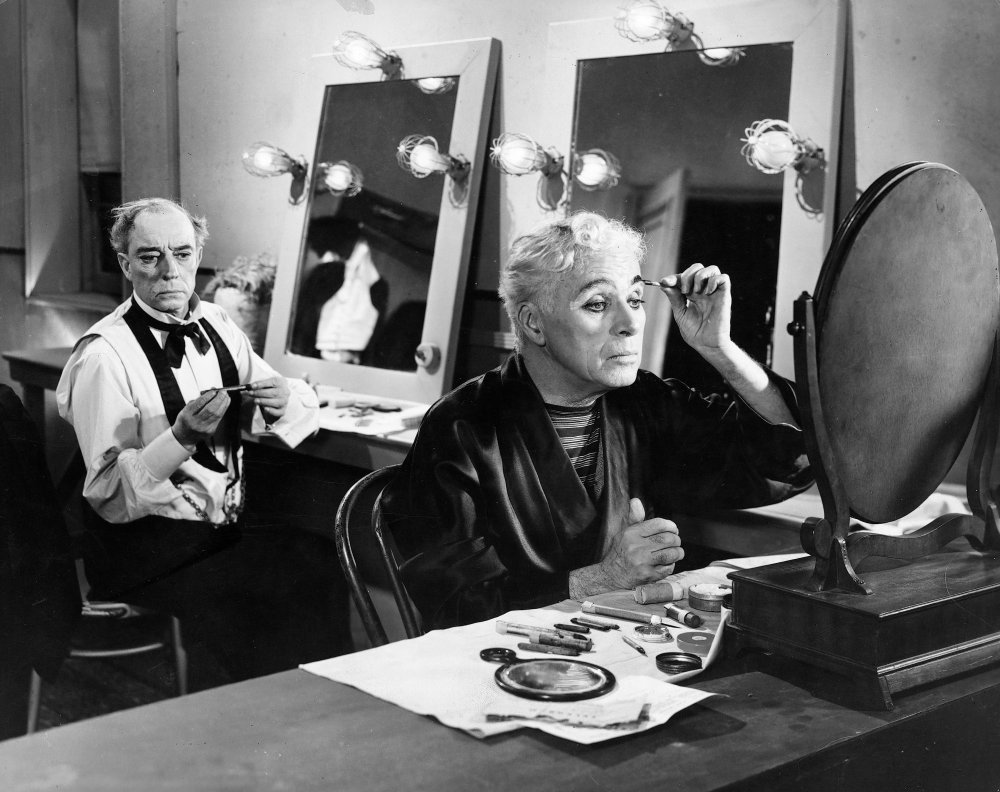 It was in this small area of London that his iconic tramp persona had its roots. Chaplin had worked from a young age at venues like the Alhambra, the Empire, the Coliseum and the Hippodrome, all within walking distance of each other and all steeped in theatrical traditions from legitimate dramas to circus, pantomime, farce and low comedy. 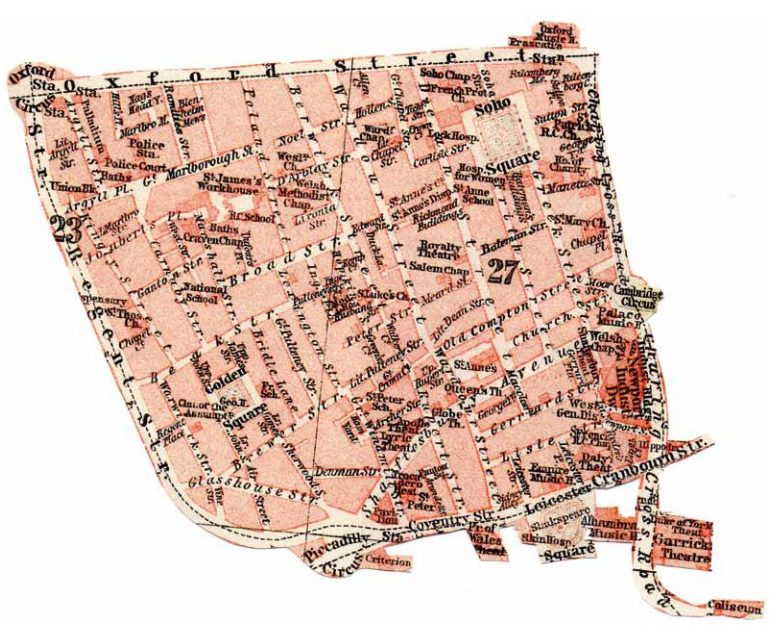 Map of Soho in 1914, the world of Chaplin's Footlights story
Credit: The Roy Export Company Establishment

In his notes for the event, David Robinson wrote that, when making Limelight, Chaplin “remembered the two great music halls of Leicester Square, the Empire and the Alhambra where – uniquely in theatre history – between the 1880s and the First World War, the nightly programmes were divided between spectacular ballet productions and vaudeville acts.”

“Chaplin chose the Empire, and recreated in Hollywood the theatre and the adjacent Soho as he remembered it from 1914. … Chaplin’s approach to his story was exceptional. He first wrote it in the form of a long novella – which is now published for the first time. The painstaking composition of this text, and the subsequent adaptation to a film script, took Chaplin some three years.” 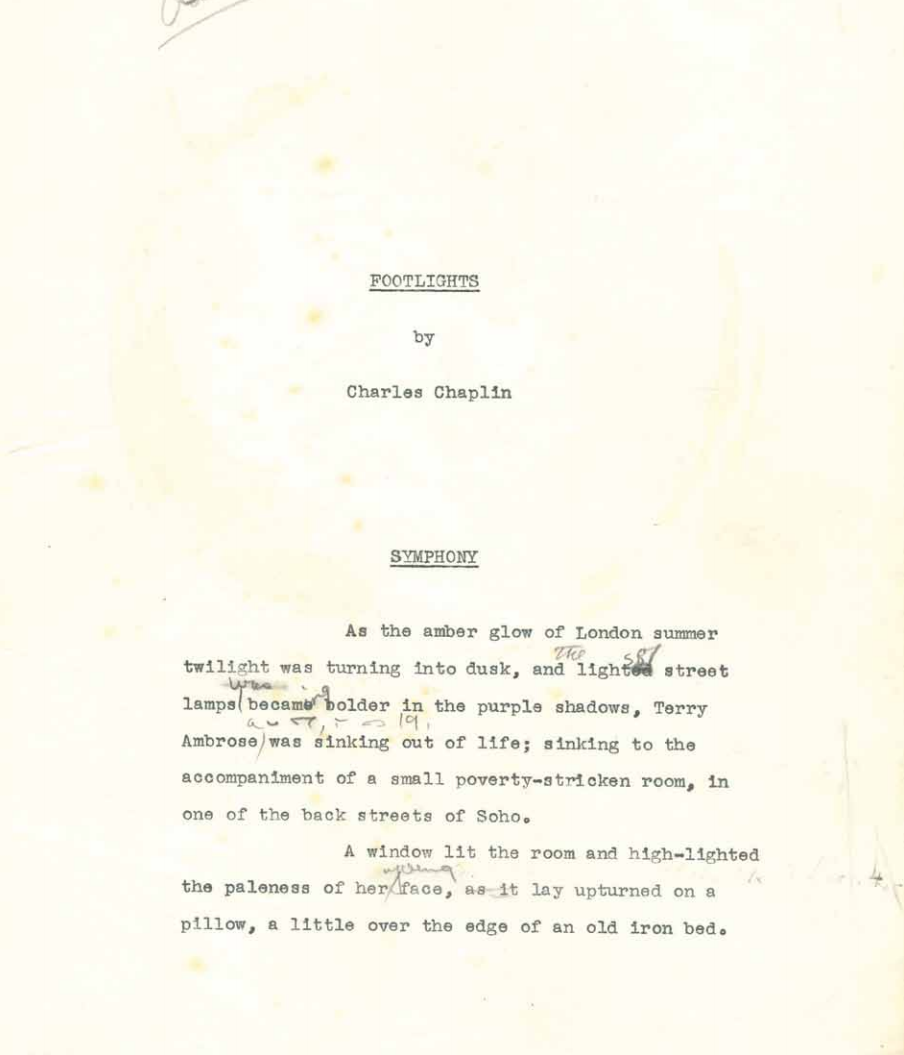 Opening page of an early draft of Footlights with revisions by Chaplin and (in shorthand) by Lee Cobin
Credit: The Roy Export Company Establishment; Photo: Eugene Smith