The sublime run of comedies Charlie Chaplin made for the Mutual company show an artist developing complete control of his medium. They include his most moving film of the time. 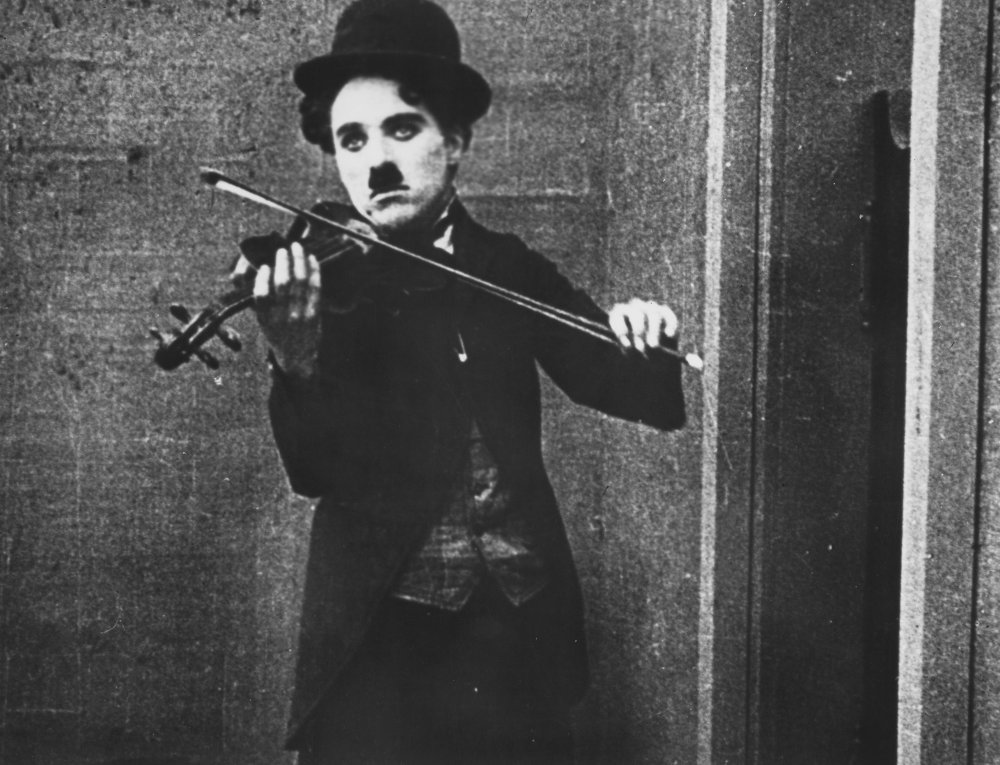 Charlie Chaplin: The Mutual Comedies 1916-17 is available now on BFI Blu-ray and DVD.

The 12 two-reelers Charlie Chaplin made for the Mutual distribution company during 1916 and 1917 formed the crucial bridge between his early Keystone and Essanay films on one hand and the nine First National films (1918-23) and five great United Artists features (1923-36) on the other. The ‘Mutual Chaplin Specials’, restored and released on a new BFI Blu-ray and DVD, are also things unto themselves – the sublime offerings of the Chaplin who was able to move from rawness to sophistication without discarding the vulgarities and flounces that made the Little Tramp simultaneously a common identity figure and a would-be exquisite.

Easy Street and The Immigrant (both 1917) are generally regarded as the best of the Mutuals. Almost as famous are The Pawnshop, for its plethora of visual gags, and The Rink, for the Tramp’s trouncing of the black-socketed heavy Eric Campbell on roller skates. Yet there’s a case to be made that The Vagabond (1916), Chaplin’s third Mutual film and a reworking of his Essanay release The Tramp (1915), was his pivotal work of the period – and his most touching. It was partially a response to a fan’s letter advising Chaplin to maintain his artistic integrity rather than pander to audience tastes, though The Vagabond’s feelgood ending was undoubtedly a sop. 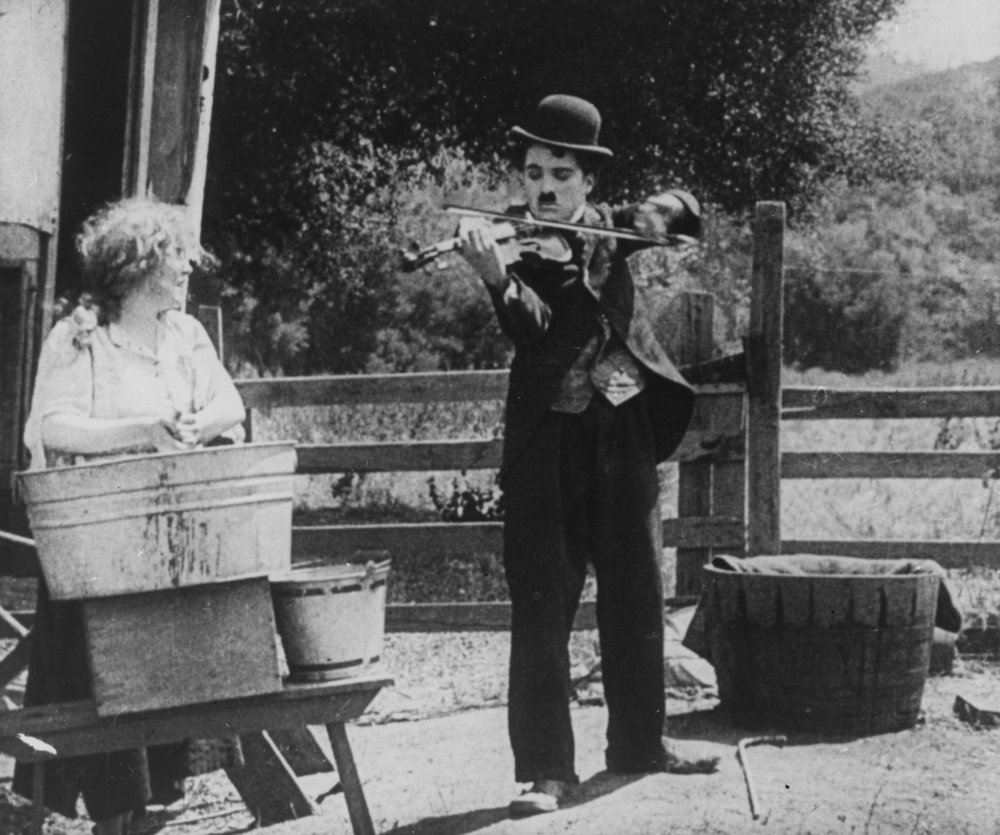 More a romantic drama than a comedy, the Victorian tale of the Tramp’s rescue of a drudge (Edna Purviance) from a cruel gypsy band not only prompted Chaplin to subdue his character’s otherwise unconquerable insolence but allowed him to examine his pathetic solitariness without straying into mawkishness. As a transitional work, it contains the first sequences in the Mutual series to ennoble the Tramp. Its predecessors, The Floorwalker (1916) and The Fireman (1916), being primarily physical comedies rather than films depicting emotional journeys, had nothing to compare with the haunting scene in which Chaplin’s itinerate left-handed violinist knocks on a four-bar gate (there being no bell) to admit himself to a gypsy encampment where he plays for Edna.

The unkempt girl, who is dejectedly hand-washing clothes in a tin tub, slowly looks up and turns her head to look in wonder at her serenader as if alerted to the possibility that beauty can exist in her miserably circumscribed existence as a long-time kidnapee. Lest the scene became too sentimental, Chaplin had the Tramp give Edna a mock-exhausted music-hall curtain call and the camera a resigned glance when she explains she hasn’t a cent to put in his proffered hat (Purviance later uses the camera as a looking glass so “we” can judge how beautiful she is becoming under the Tramp’s care). When he starts his next tune, he unselfconsciously rests his foot on her knee.

The encounter with the girl, whom he must rescue from the brutally sadistic gypsy leader (Campbell) and a bullying hag (Leo White in drag), follows an opening sequence that’s separate from the story of their relationship but shows, more keenly than the earlier Chaplin films, how conscious the Tramp is of his loneliness. (This was heartfelt: David Robinson mentions in his 1985 biography Chaplin: His Life and Art how lonely the most famous man in the world felt when visiting New York to sign the Mutual contract.) 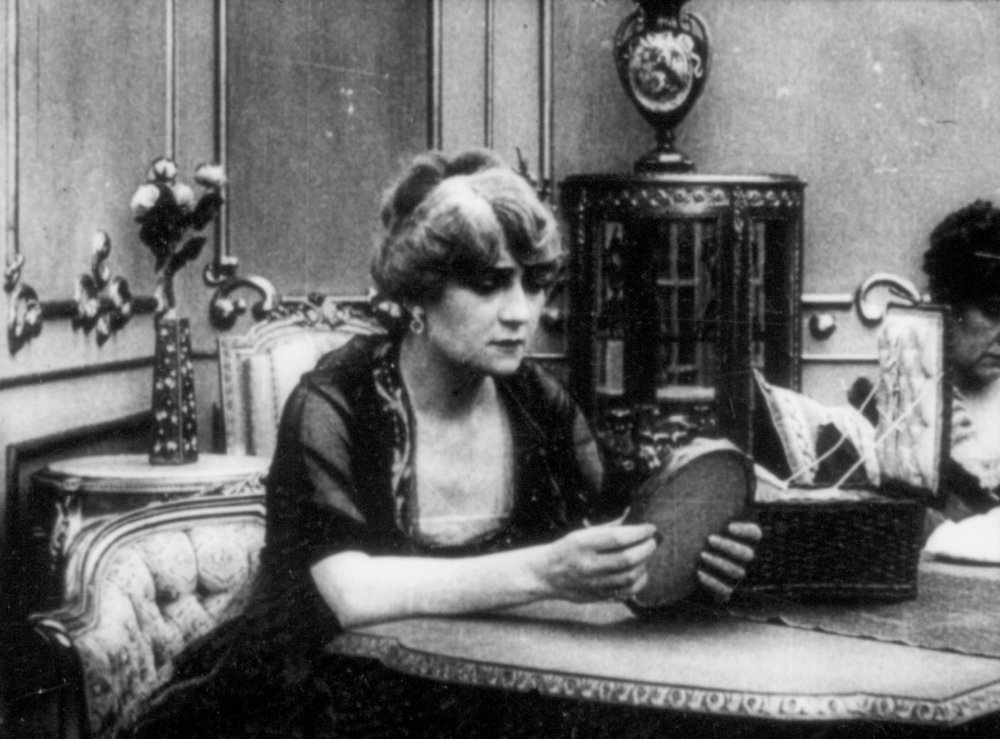 A penniless street musician, The Vagabond’s melancholy incarnation of the Tramp has been ignored in a saloon (where he is introduced by his famous feet appearing under the swing doors) so decides to set up outside, near the rear of the building. The deep-focus, middle-distance shot that holds him there emphasises his social isolation, especially when a noisy German band – a dig at the Kaiser’s ongoing belligerence – shows up in the foreground to drown the sound of the Tramp’s busking. He resorts naturally to mischief. Back in the saloon, he pokes fun at an elderly Jewish member of the band (also played by White), who has been picking at a plate of presumably non-kosher beef, and starts a chase that enables him to score a free drink at the emptied-out bar.

The serenading scene is itself transitional in the Chaplin oeuvre. It foreshadows the delightfully tender sequence that reveals his interest in the girl is not merely romantic but also paternal – anticipating The Kid (1921) – as Chaplin scholar Glenn Mitchell remarks in his DVD commentary. On the morning after he and the girl have escaped the gypsies, he ‘makes’ his straw bed with a rake and then hands it to the girl to use on her flea-infested hair. Since she uncomprehendingly sets it aside, he proceeds to douse her face in water and suds, paying special attention to her nostrils as he washes away the vermin more diligently than she attended to the hag’s clothes the previous day. His adoption of “this friendless girl anticipates The Circus, Modern Times, City Lights and Limelight”, Robinson wrote.

Their idyll is ruined when an artist (Lloyd Bacon) is inspired to paint the freshened-up girl and she apparently falls in love with him. In The Tramp, Charlie accepts Edna’s farm girl loves another man and wallows self-pitying for a minute before heading off down a road – an insouciant skip indicating he’ll quickly rebound. In The Vagabond, the Tramp is more rueful than his predecessor when he sees how smitten the girl is with his rival, though he’s not beyond nastily flicking a fly at him. Chaplin further debunks the Tramp’s gloom by having him sit on a lit stove. 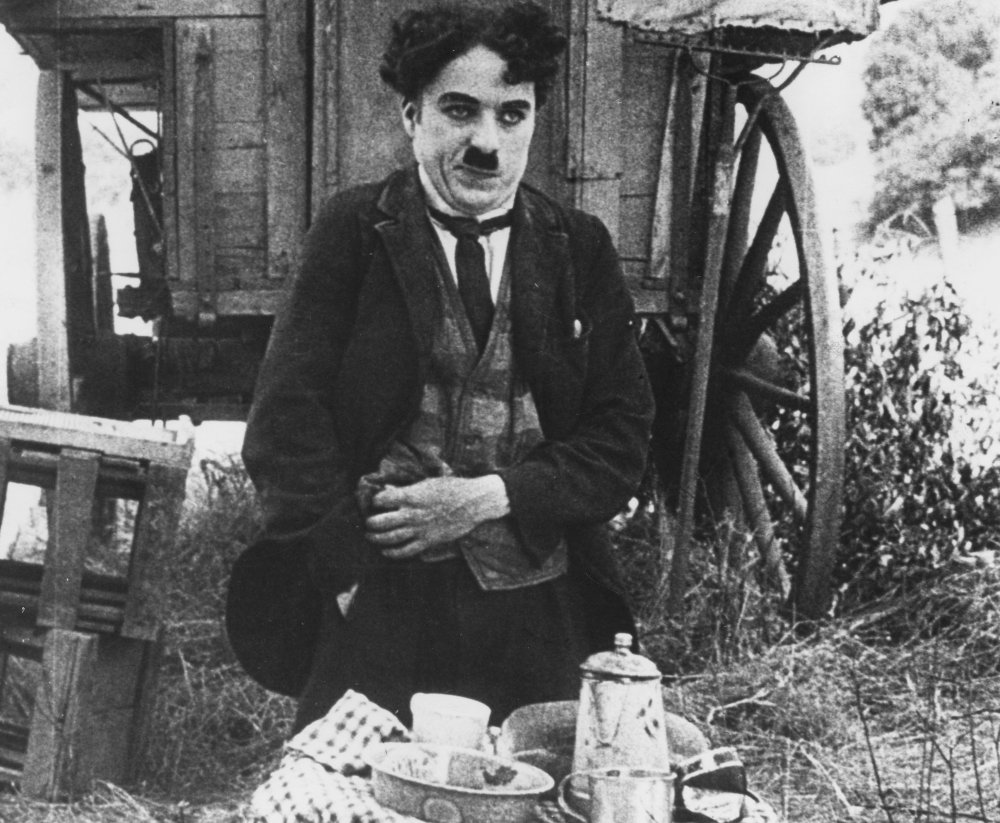 Edna’s patrician mother (Charlotte Mineau) eventually recognises her daughter’s shamrock birthmark on the artist’s kitschy portrait when she sees it in a gallery. He guides her to the spot where she’s living chastely with the Tramp. The mother gives the Tramp her hand, which causes him to sniff his fingers suspiciously after he releases it – one of those casually indelicate Chaplin moments that militated wonderfully against the character’s affected gentility. For his pains in looking after the girl, the mother offers him money he refuses to take. After she has been whisked away in the family automobile, Charlie vainly tries to buoy himself up with an impromptu strut. In contrast to his moroseness in The Tramp, there’s a hint of existential despair in his romantic disappointment.

For his own satisfaction, Chaplin purportedly filmed an ending in which the Tramp tries to drown himself and is saved by a woman (supposedly played by comedienne Phyllis Allen) so forbidding he threw himself back in the water. Since no footage or stills of this scene have surfaced, if it ever existed, the extant ending is immovable. As she’s being driven home, it suddenly dawns on Edna that it’s the Tramp she loves. She wails until her mother’s chauffeur turns round the car so the girl can tell him, “You come, too,” and off they all go – an unconvincingly crowd-pleasing, albeit ambiguous conclusion auguring that of Billy Wilder’s The Apartment (1960).

Even in 1916, audiences must have known that the idea of the Tramp being integrated into a wealthy family ruled by a society matriarch was absurd. It can be surmised that, at the cost of relinquishing Edna, he’d have soon wandered off along one of those dusty Californian roads. He had the foresight, after all, not to leave his violin behind when he abandoned the caravan.