An introduction to one of the most significant and enigmatic directors in world cinema. 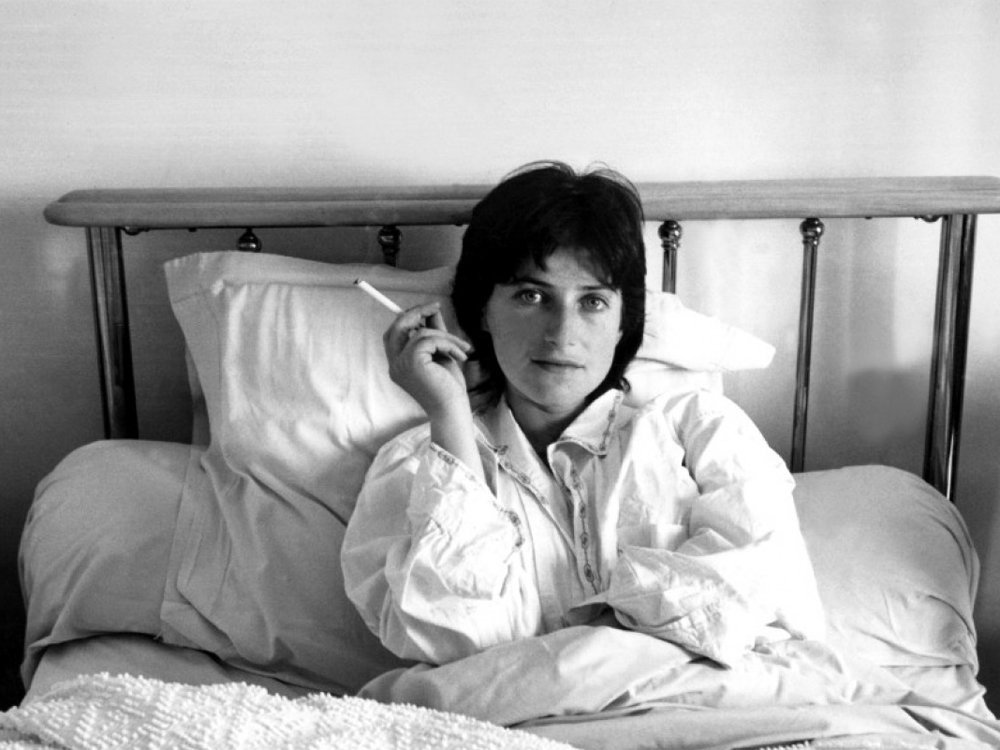 The A nos amours retrospective of the films of Chantal Akerman continues at the ICA. Yet outside of cinephile circles, few people have heard of her, and those who have would be unable to recite the full title of her most famous work.

So for novices, or those who just want to brush up on their Akerman, here are a few key points about one of the most significant yet still neglected directors in world cinema.

She made the best film ever directed by a woman

At least, according to the last Top 100 Greatest Films of All Time poll, conducted by Sight & Sound magazine. In the 2012 critics poll, only two women made the top 100 – Claire Denis for Beau Travail (1998) at number 78 and, at number 35, Chantal Akerman for Jeanne Dielman, 23 Quai du Commerce, 1080 Bruxelles (1975). This key work of experimental cinema stars Delphine Seyrig as a homemaker, whose daily routine we see unfold over three days. Gradually her domestic world (which includes peeling potatoes, knitting and prostitution) unravels, with startling results.

It’s at once her most accessible and most challenging film. Its length (3 hours and 20 minutes) and its leisurely pace may be off-putting, yet once the viewer adapts to the extraordinary, ordinary rhythms of the film, you have one of the most hypnotic, scathing and unique portraits in all cinema. 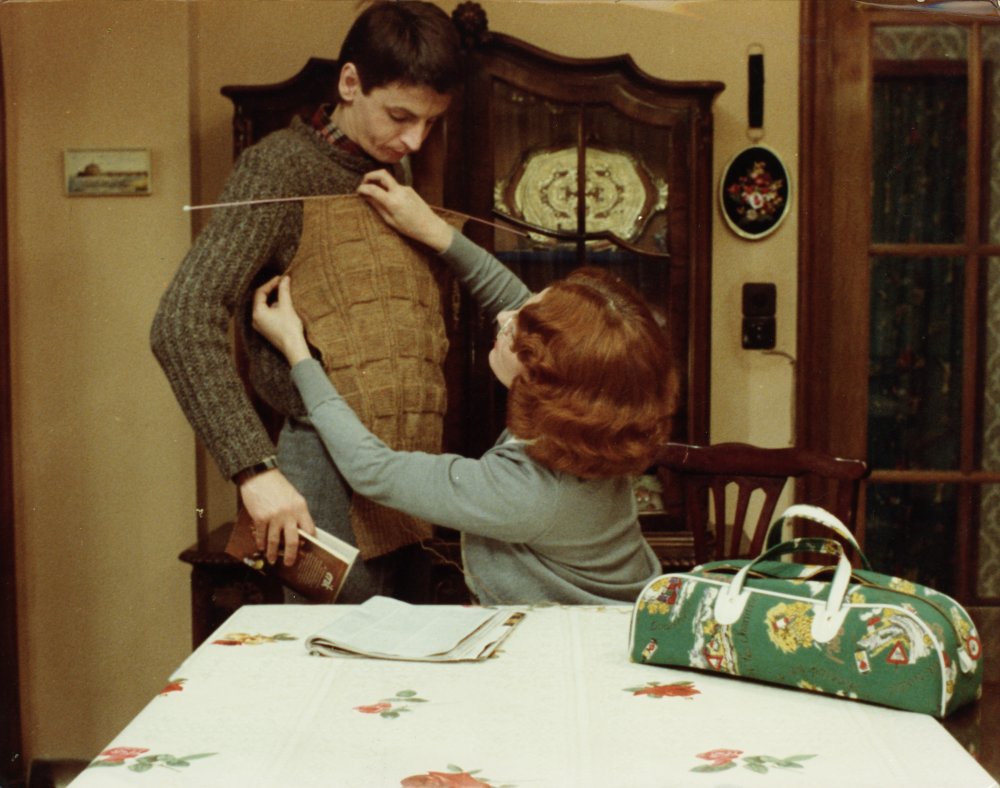 Very young. She made Saute ma ville (1968) when she was 18. Despite formal similarities to her best-known work, as it’s about a girl who enters a kitchen and does ordinary tasks in an increasingly bizarre and off-kilter way, Akerman subsequently described it as “the opposite of Jeanne Dielman, that was resignation. Here it is rage and death.”

She is the youngest of all the directors featured in the Sight & Sound Top 100 – she was just 24 when she made Jeanne Dielman, younger even than Orson Welles (25 when he made Citizen Kane), Sergei Eisenstein and François Truffaut (both 27 when they made Battleship Potemkin and Les Quatre Cents Coups respectively). 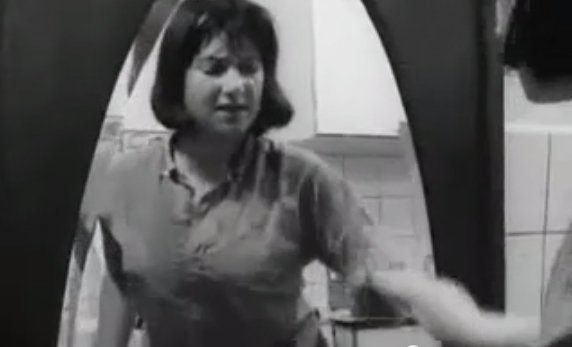 But refuses to be ghettoised. As David Edgar notes, “her work doesn’t sit squarely within existing categories of LGBT cinema, and perhaps even resists such definitions.” There are exceptions, most notably Je, tu, il, elle (1974), in which the female lead character (Akerman herself) visits the apartment of a woman who may be her ex-lover and has passionate sex with her in a lengthy take. It’s a truly unique sex scene – although the lingering camera seems voyeuristic, its static nature rules out any pornographic intent, despite the nudity on display.

We were very lucky to show Je, tu, il, elle at the London Lesbian and Gay Film Festival (now BFI Flare) in 2013 – in Raymond Murray’s book Images in the Dark, Akerman is quoted as being very reluctant to allow the film to be shown as part of a gay film festival.

Alongside the Dardennes brothers (L’Enfant, The Kid with a Bike), she’s probably the most famous filmmaker to come out of Belgium. But her homeland doesn’t inform much of her work. After dropping out of film school she moved to New York. It was here she was inspired by the experimenta she saw at Anthology Film Archives (notably the work of Michael Snow), and made some of her earliest films, including Hotel Monterey and La Chambre (both 1972). Most of Jeanne Dielman’s work takes place in an interior setting, while many of Akerman’s films involve characters abroad, such as News from Home (1976) and Les Rendez-vous d’Anna (1978).

Her later works use documentary to captures lives from around the world. D’Est (1993) is a haunting snapshot of Russia and eastern Europe filmed immediately after the collapse of communism. Sud (1999) considers the climate surrounding a racially motivated murder in American’s Deep South. In Là-bas (2006) she pays a troubling visit to Israel (Akerman is Jewish, and the daughter of Holocaust survivors).

She revolutionised the portrayal of women and female desire on screen

She’s regarded as one of the most significant feminist filmmakers, who constantly challenged the representation of women on screen. In an essay for Sight & Sound, Professor Janet Bergstrom writes:

Akerman the filmmaker came of age at the same time as the new age of feminism, and [her 70s films] became key texts in the nascent field of feminist film theory. Feminism posed the apparently simple question of who speaks when a woman in film speaks (as character, as director); Akerman insisted convincingly that her films’ modes of address rather than their stories alone are the locus of their feminist perspective. The many arguments about what forms a “new women’s cinema” should be resolved arounded a presumed dichotomy between so-called realist (meaning accessible) and avant-garde (meaning elitist) work; Akerman’s films rendered such distinctions irrelevant and illustrated the reductiveness of the categories.

She saw Jean-Luc Godard’s Pierrot le fou (1965) when she was a 15-year-old with little interest in cinema – she’d never heard of the director, but was immediately excited by the film’s immediacy, which she described as “like talking to one person”. It’s a style that infuses much of her work, from the intimate female studies of Jeanne Dielman and Les Rendez-vous d’Anna to the long takes and formal repetition in Hotel Monterey, exploring unexpected beauty in a cheap Manhattan hotel (a film heavily influenced by the work of Edward Hopper). 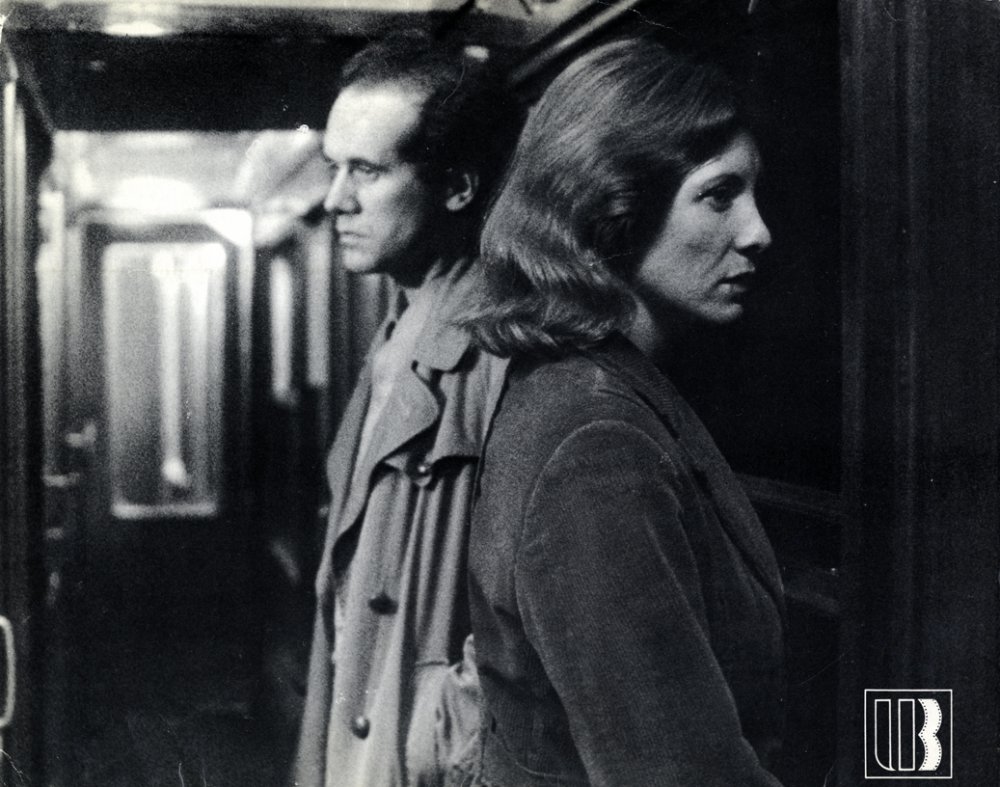 You can’t pigeonhole her

Golden Eighties (1986) is a peppy, vibrant musical in the style of Jacques Demy, set is a Parisian shopping mall. La Captive is a literary adaptation with a male lead, using Marcel Proust’s La Prisonnière as as springboard for a study of the nature of sexuality and love. Demain on déménage (2004) is a frothy screwball comedy starring Sylvie Testud as a neurotic writer and Aurore Clément as her daffy mother.

She’s one of a kind – here’s hoping more of her work becomes available in the UK soon.