British cinema in the 1940s was a boom time for talented women actors and screenwriters, as the industry rushed to reflect the new realities of a wartime nation where women’s work was starting to be recognised. 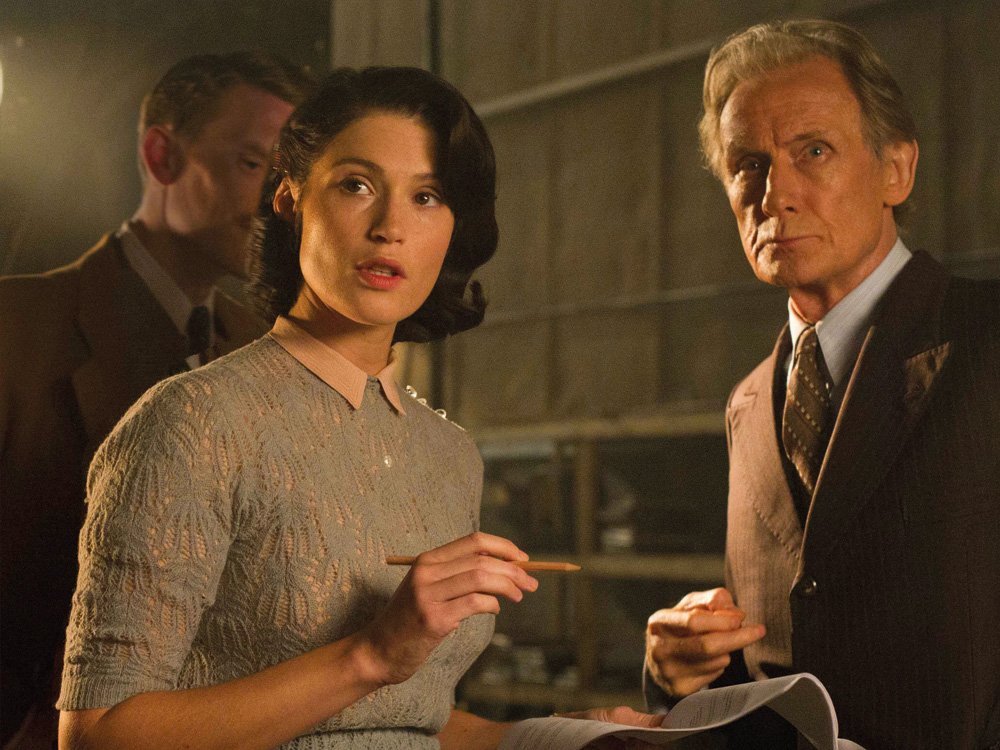 Explore the Girls Like Us: British Women and WWII Cinema season at BFI Southbank

Their Finest is in cinemas now

Buy tickets for Their Finest at BFI Southbank

Air raids and fighting on the beaches will be in good supply on British screens this year, with cinemas set to host three new features about the Second World War: Christopher Nolan’s restaging of Dunkirk, Jonathan Teplitzky’s biopic about Churchill and, first up, Lone Scherfig’s Their Finest, which mingles fact with fiction in its tale of one woman’s involvement in film propaganda production during the war years.

While ‘Britain’s finest hour’ still provides great fodder for filmmakers, between 1939 and 1945 movies themselves played a vital role in the war effort. At the outbreak of hostilities, cinemas were closed amid fears that large gatherings of people could be disastrous during bombing raids. But British producers were quick to grasp the opportunity to convince the government of the importance of the medium, not only as an essential escape from the realities of war and austerity but also as the ideal way to disseminate the messages it needed the public to absorb.

Film propaganda had made a brief appearance at the end of the First World War, but in the early 1940s it really came into its own, encouraged by producers such as Michael Balcon and Alexander Korda, who understood that the propaganda ‘pill’ would have to be sweetened with a large spoonful of entertainment.

Thus, cinema programmes were peppered with short ‘fillers’ giving advice and warnings on everything from fire bombs to salvage. Many of these were aimed primarily at women. Not only were they the most avid cinemagoers but this war was being fought not just on the battlefields but also in Britain’s factories, kitchens and allotments. To tie in with the release of Their Finest, BFI Southbank is showing a season of some of the best films that throw the spotlight on wartime women.

This was the first time that women’s work had really been valued and celebrated, whether in the services, factories or running the home. One well-disguised advert emphasises the importance of being able to make a good cup of tea (especially when a GI comes to call), while a Ministry of Information short encourages women to start their own ‘make do and mend’ groups.

But it was not only short films that were controlled by the Ministry of Information; every feature made was also carefully vetted, and writers and directors were co-opted into building propaganda messages into their narratives. So spy drama Yellow Canary (1943) contained warnings about careless talk, while The Demi-Paradise (1943) aimed to convince audiences that Russians were our friends.

One of the government’s most urgent needs was to encourage ordinary women to participate more directly in the war effort by joining the services or taking up factory work. This focus on women’s importance to the war provided new opportunities for female involvement in the film industry but was not always positive in terms of the portrayal of women. The emphasis was on collective effort, and there was little space for character development. Women tended to be marked out as ‘types’, such as the spinster, the good-time girl, the innocent abroad, the head girl or the sensible matriarch, and each had their role in the narrative with little scope for psychological depth. Heroics were reserved for foreign women in Nazi-occupied countries, and sexuality was suppressed, unless for the purposes of espionage. 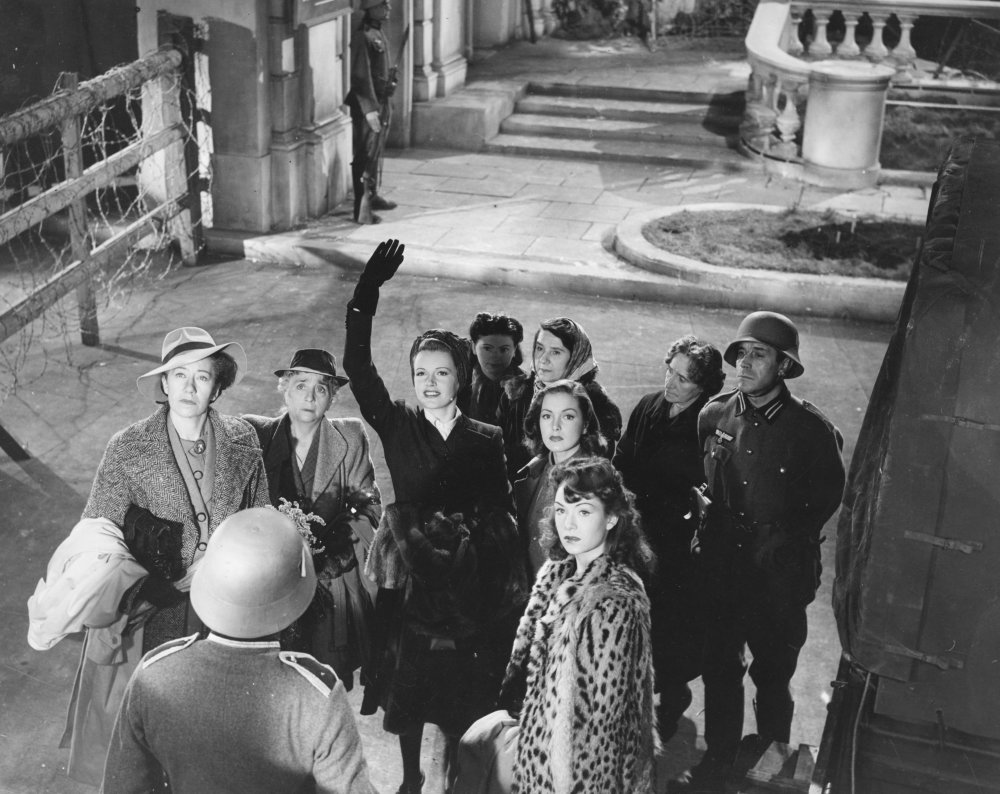 Despite their limitations, these features are fine examples of the filmmakers’ ingenuity at combining ‘realism and tinsel’, as Michael Balcon dubbed it. One genre that came to the fore could be termed the ‘female ensemble’ film, in which a group of women find themselves in unusual circumstances and have to find strength in each other in order to cope with their situation. This format provided great opportunities to show the democratisation that war had brought, throwing together women of all ages and classes. With uniforms and overalls eradicating their individuality, behaviour and language, as well as lingerie and nightwear, became markers of class and background.

Four of these are in the BFI season – The Gentle Sex (1943), Millions like Us (1943), Two Thousand Women (1944) and Great Day (1945) – and they offer a fantastic insight into the way women were viewed by the government and film industry during the war.

The Gentle Sex was made to encourage women to join the Auxiliary Territorial Service and was one of the most popular films of 1943. In it, a group of women join up and train as lorry drivers, but the film’s emancipatory efforts are somewhat undermined by the rather patronising attitude expressed by the men. One soldier, pondering on their non-arrival remarks: “I expect they’ve stopped to have their hair waved.” Yet the film clearly had the right combination of glamour and realism to make war work seem attractive. 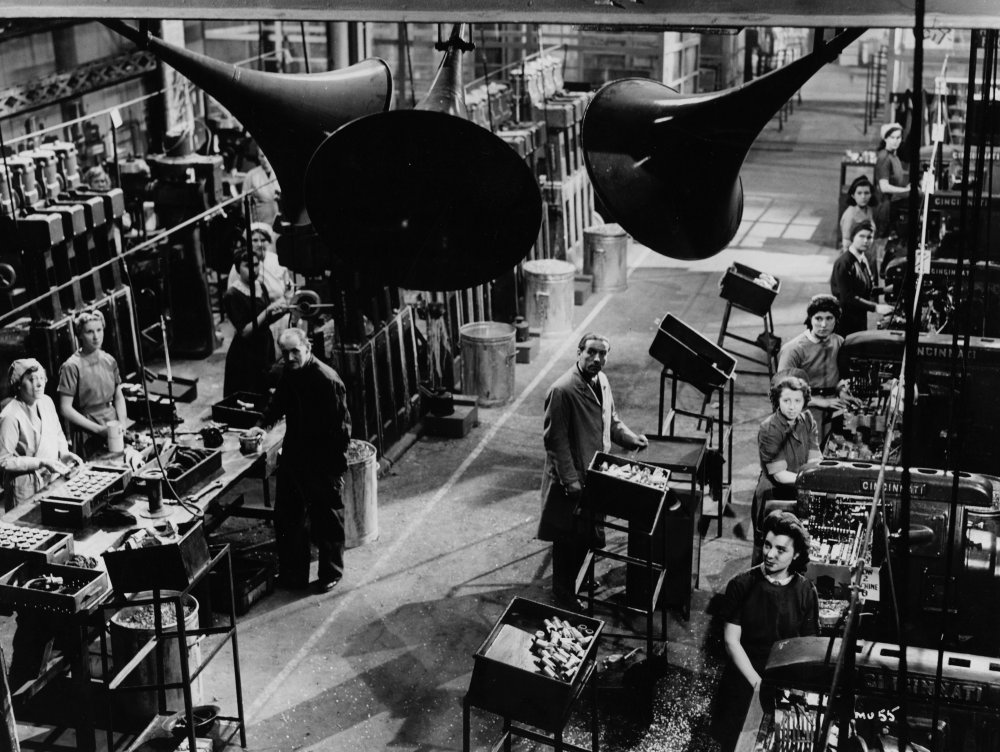 Millions like Us had a tougher job: to persuade women that factory work was as important as the forces and had its own appeal, even though overalls could not compete with a uniform for style. This film is perhaps the best of all the British wartime paeans to women’s work, and its closing scene, in which the recently bereaved Celia joins in a canteen sing-song with tears in her eyes, is one of cinema’s most poignant.

The success of Millions like Us is largely due to the excellent script and direction by Frank Launder and Sidney Gilliat, whose ear for women’s dialogue and skill at combining comedy and drama is also evident in Two Thousand Women, set in a female internment camp in occupied France. The arrival of two British airmen who have to be concealed from the Germans allows for plenty of comic scenarios as well as some nail-biting moments.

Great Day, released towards the end of the war, is a film that deserves to be better known. It focuses on a branch of the Women’s Institute in an English village that has been chosen to host a visit from Mrs Roosevelt. Putting aside their differences, they work together to represent their valuable contribution to the war effort, whether that is making jam, knitting or preserving the emotional well-being of the men who fight.

Throughout April and May, Girls Like Us at BFI Southbank is showing features and shorts from what is often referred to as the ‘golden age’ of British filmmaking that honour women’s contribution both to the war effort and our national cinema.