Beyond Orwell and Kafka, which films helped inspire Gilliam’s visionary 1980s tale of an office worker’s struggles in a nightmarish totalitarian future? 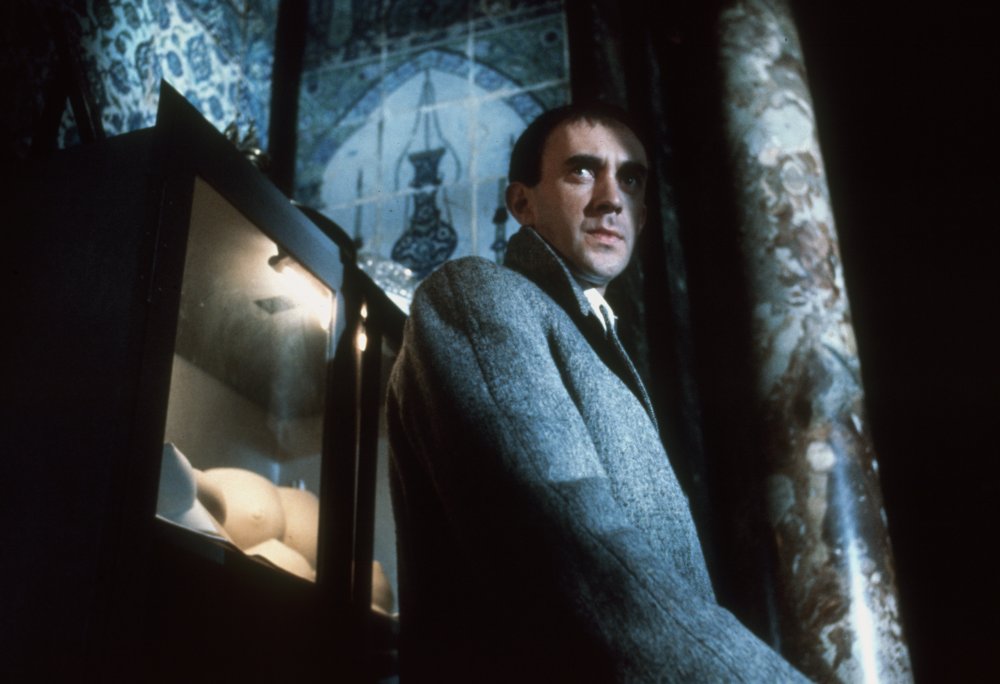 A dystopian society run by a totalitarian state, where departments with names like the Ministry of Information oppress citizens through empty rhetoric and labyrinthine bureaucracy; an everyman protagonist (Jonathan Pryce) longing for escape who resists the authorities through an illicit romance with a similarly rebellious lover; a sinister room of torture where his hopes are finally broken – the literary influence of George Orwell’s 1984, as well as the bureaucratic absurdity of Franz Kafka, is overtly clear in Brazil (1985).

Yet Terry Gilliam’s nightmarish masterpiece transcends its literary debts via extravagant production design, extraordinary sights and otherworldly sounds, which contribute to a thrillingly cinematic experience. Brazil dazzles the senses while never losing sight of the dark themes that underpin its story.

Those dark themes culminate in an ending that’s as bleak as anything in Orwell or Kafka, and which he had to wage a public war with the studios to be seen. Much to Gilliam’s horror, American distributors Universal insisted on an alternative ‘love conquers all’ finale, as part of a truncated edit of the film. The conflict delayed the film’s US release, but the studio eventually caved in to Gilliam’s vision after an underground campaign to screen the unedited version led to the Los Angeles Film Critics Association crowning it film of the year.

Gilliam is a singular filmmaker, with a wild, maximalist visual sensibility and dark humour that leave an unmistakable imprint on his films. But, in Brazil, he also wears his influences on his sleeve, from costumes and aesthetics that evoke film noir to the gargantuan sets inspired by German Expressionism.

Here are five special films that may have inspired him. 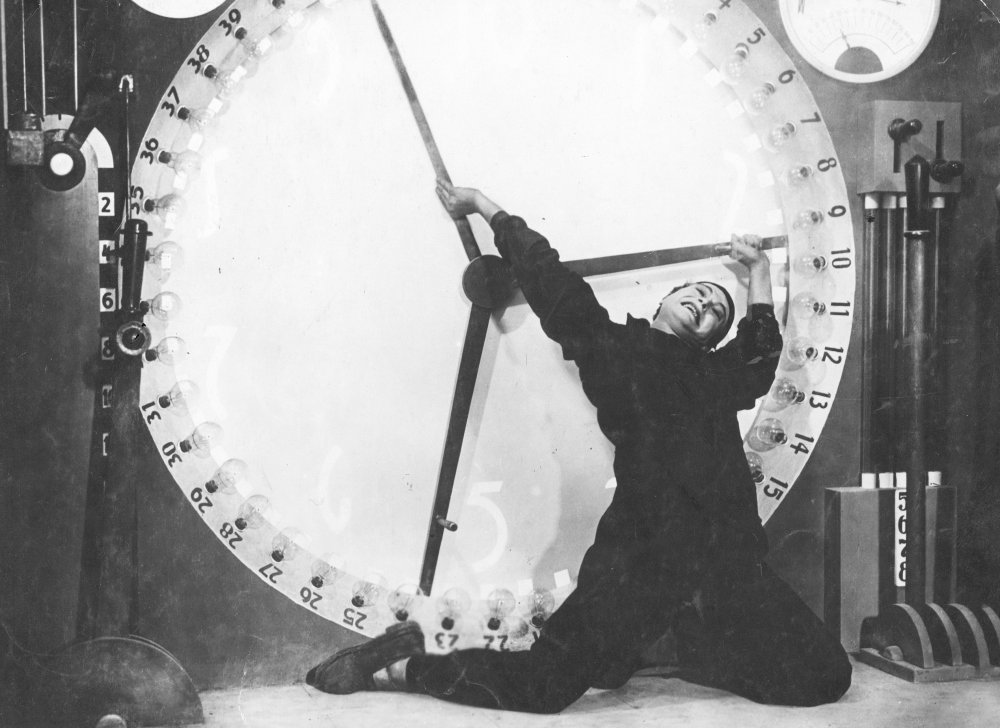 The time period in which Brazil is set is kept deliberately vague: an epigraph places it “somewhere in the 20th century”, while visually it includes a hodgepodge of styles from different eras, from 1940s fashions and fascist iconography to retro-futurist art direction. But the industrial urban spaces and vast buildings that dwarf its inhabitants most overtly recall the sets of German Expressionist films of the 1920s, specifically the huge art deco and Bauhaus architecture of Fritz Lang’s sci-fi classic Metropolis. Both films imagine dystopias where machinery and oppressive governance have stifled human everyday life, conveyed through the drab greys and uncomfortable density of their cold urban landscapes. 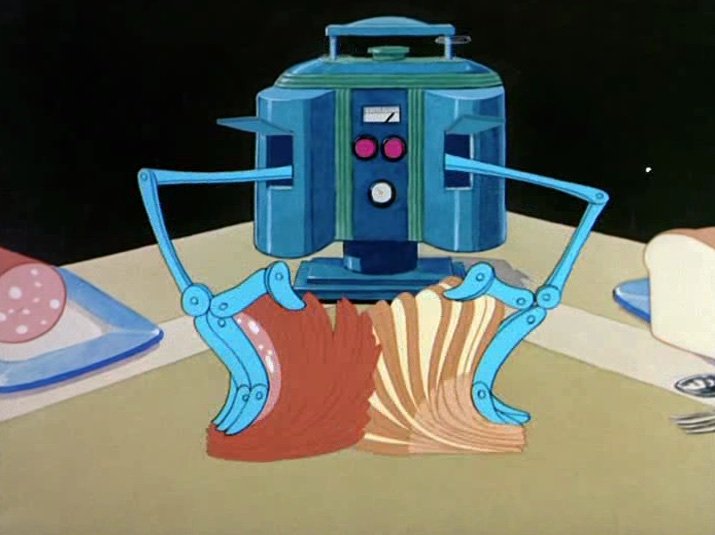 Having first made his name as an animator, there’s an imprint of the cartoonish in Gilliam’s live action films, especially the madcap work of Tex Avery. Gilliam has said “the magic of Tex Avery’s animation is the sheer extremity of it all”, and the slapstick and exaggeration of much of the humour and elaborately malfunctioning technology found in Lowry’s (Jonathan Pryce) home is reminiscent of Avery’s The House of Tomorrow, which poked fun at new-fangled domestic technological developments by presenting them as counterproductive and redundant, including a mechanised shaving device that shears off the man’s face and an exploding all-in-one cooking device. 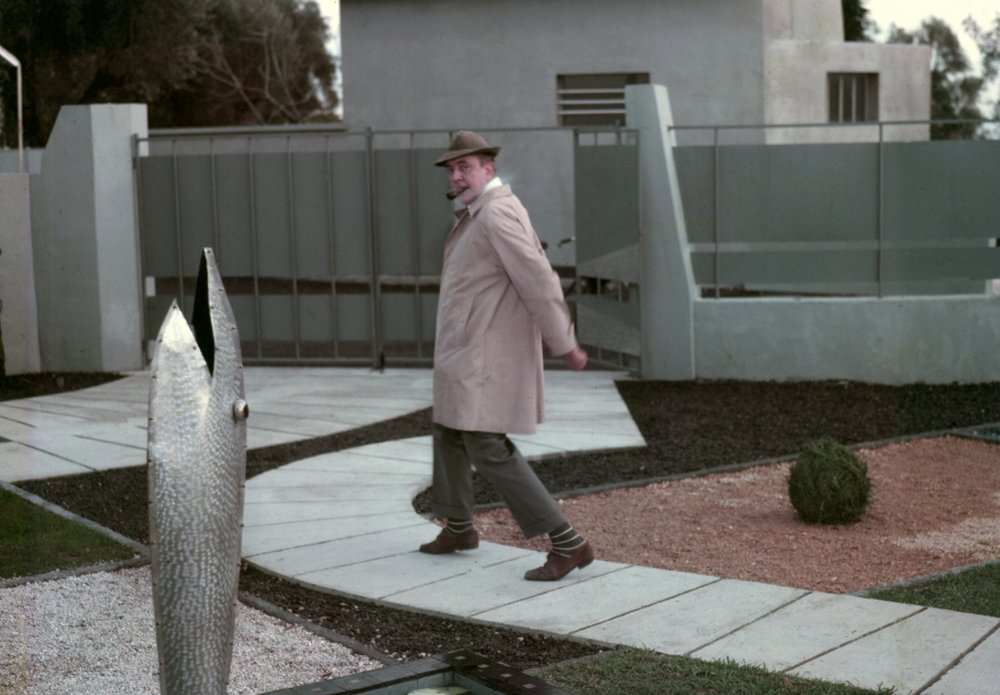 Another film that satirises the dehumanising impracticality of ultra-modern technology, albeit in a more muted, deadpan manner, is Jacques Tati’s Mon oncle. Like Lowry, Tati’s beleaguered protagonist Monsieur Hulot is a simple dreamer induced into dreary office work at a bizarre plastic hose factory by more materialistic family members. Hulot’s grey, industrial workspace, where unspecified paper documents are meaninglessly passed around, is echoed in the similarly wearying office occupied by Lowry. Tati has a distinctive visual strategy of making full use of every corner of the frame. This is also true of Gilliam, who fills many shots in Brazil with blink-and-you’ll-miss-it additional gags. 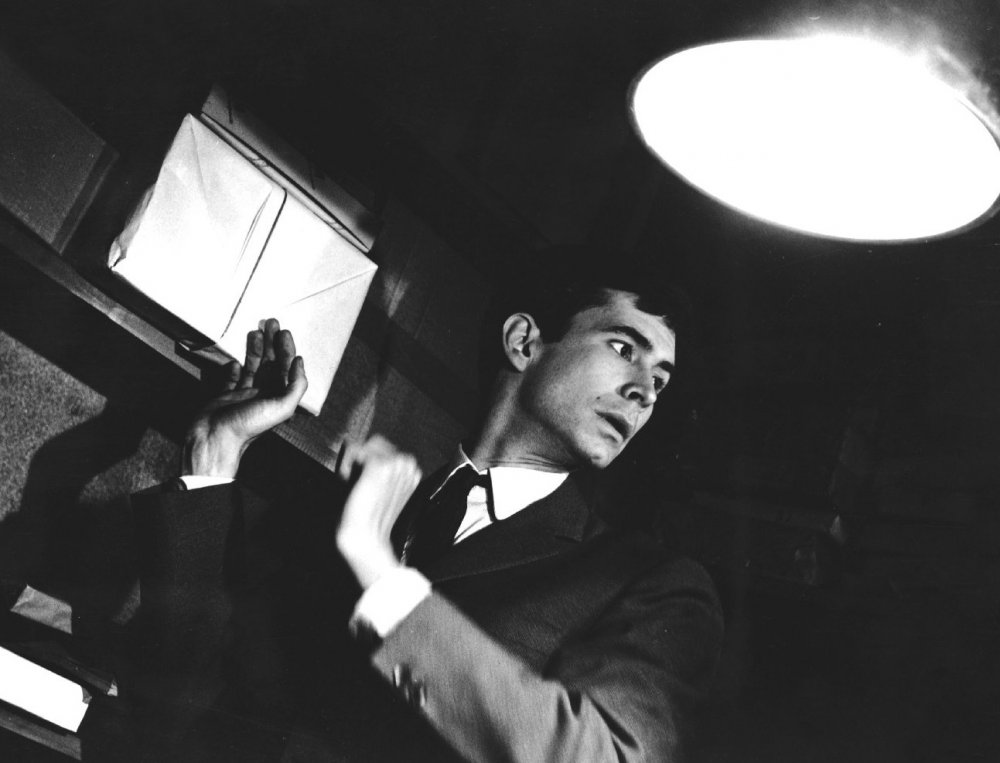 The real villain in Brazil is the faceless, mindless bureaucracy that pervades its world, which obfuscates, confounds and ultimately defeats anyone who attempts to take it on. In this sense Kafka is an obvious influence, particularly his great novel The Trial, which provided the framework for the type of maddeningly surreal and existentially alienating situations that are now commonly called ‘Kafkaesque’. Orson Welles adapted the book for the big screen during his time in Europe, casting Anthony Perkins as Josef K and dramatising the unsettling story with a noirish aesthetic of chiaroscuro lighting, off-kilter angles and deep focus cinematography – all of which also inform the stylistic composition of Gilliam’s film. 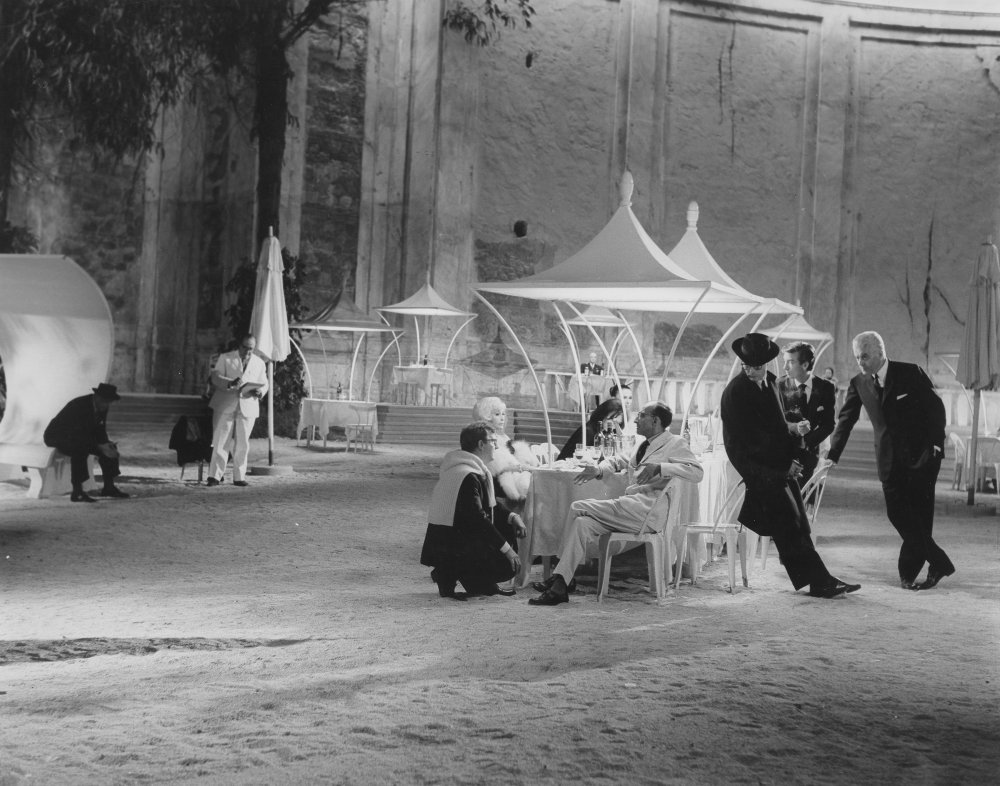 One of Brazil’s most memorable attributes is the way it slips between the real world and Lowry’s daydreams, which brings to mind the disorientating blurring of reality and fantasy in Fellini’s wondrous 8½. Gilliam has called that film’s opening dream sequence “the most important in [his] life, because [he’s] been trying to do versions of it ever since”, and indeed Lowry’s fantasies of flying through a cloud-decorated sky explicitly reference it. The film’s persistent variations of the samba number ‘Aquarela do Brasil’ also recalls Nino Rota’s similarly carnivalistic score, both of which are crucial to establishing the disarmingly jaunty tone. The joint inspiration of Fellini and Orwell led to one working title for Brazil being 1984½.