A bolt from the blue: Pasolini’s Theorem

In Theorem, Terence Stamp plays a mysterious stranger whose stay with a middle-class family causes tremors of sexual tension and disquiet. Geoff Andrew explains how Pasolini’s film hit him like a thunderclap.

Pier Paolo Pasolini was a man of many qualities and contradictions – oft-noted when folks point to the strangeness of an atheist making The Gospel According to Matthew (1964) – and that is reflected both in the diversity of his films and in how people respond to them. Some, for example, prefer the seemingly more realist early works like Accattone (1961) and Mamma Roma (1962); others prefer his exotic adaptations of Greek myths (Oedipus Rex, 1967; Medea, 1970) or the late, determinedly populist ‘Trilogy of Life’ (The Decameron, 1970; The Canterbury Tales, 1972; Arabian Nights, 1974); and some even favour the extreme horrors of Salò, or the 120 Days of Sodom (1975).

My own favourites? Well, I’ve long had a great affection for Pigsty (1969), but my number-one favourite has always been Theorem (1968). 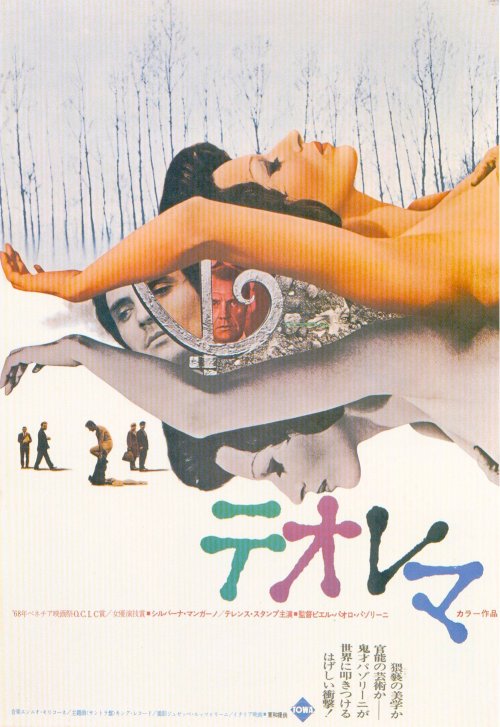 It should be said that, along with Medea, these two titles are probably the most defiantly original films of Pasolini’s admirably defiant career. In the latter half of the 60s, he took to experimenting with form, frequently using a kind of dual narrative. Pigsty, for instance, intercuts and ‘rhymes’, to wonderful satirical effect, two stories, one about a cannibal in a vaguely defined pre-industrial past, the other about the strange, pig-fetishist son of a wealthy modern industrialist.

But Theorem is a little different. While it too brings together different narrative styles – from fake newsreel interviews and subdued ‘realist’ drama dealing with familial tensions to something more blatantly fantastic or mythic – it does so, remarkably, in a more organic and integrated way.

Hence, the story of a well-to-do Milan household – paterfamilias, mother, daughter, son and maid – transformed beyond recognition by the arrival of a mysterious and attractive visitor (Terence Stamp) may be read – indeed, it virtually demands to be read – in various ways, each equally intriguing and rewarding.

Politics, sex, religious fable, existential allegory and wickedly mischievous satire are all held in precarious but perfect balance by Pasolini’s distinctively strange but seductive poetics. Small wonder critic Tony Rayns has written that nobody had ever seen such a film when it was first released in 1968. 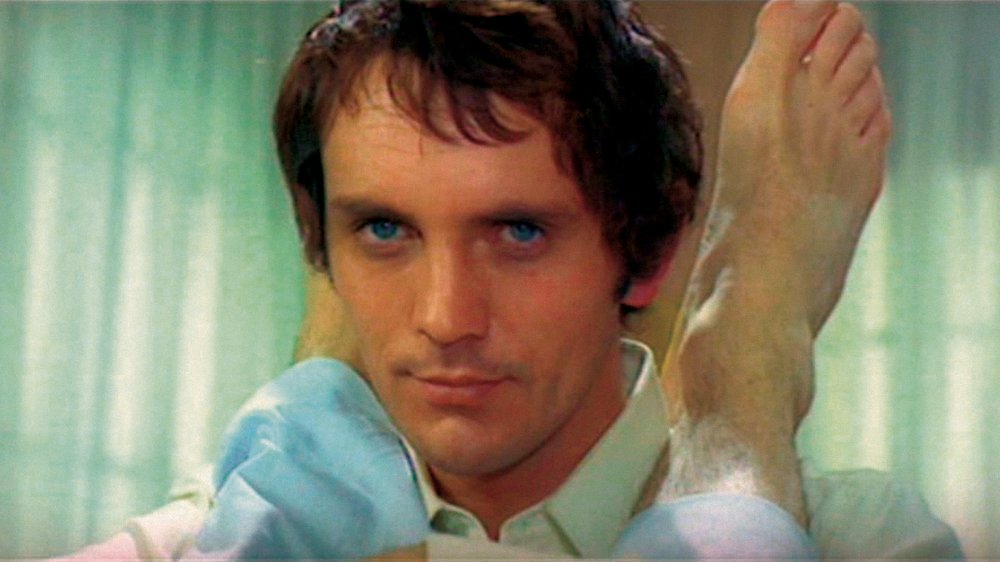 My own first viewing of the film was about five or six years later, when I was a student, but even then it still struck me like a bolt of lightning. It wasn’t just that cast, including as it did Stamp, Anne Wiazemsky (fresh from Bresson’s Au hasard Balthazar, 1966, and Godard’s La Chinoise and Weekend, both 1967) and the extraordinary Silvana Mangano; nor was it the often surprising but consistently evocative use of locations; nor Pasolini’s characteristically stimulating use of music (Mozart and Morricone).

All these had their effect, but what felt most miraculous to me were the striking images Pasolini found to make his strange story so persuasive. Stamp seemed like some Apollo or Dionysus, and those falling under his spell appeared, very plausibly, to be utterly possessed. Even more than The Gospel According to Matthew, Theorem felt like a film which dealt – both seriously and semi-comically at the same time – with the spiritual and sensual, the physical and metaphysical.

I believed in its peculiar magic, and it reminded me very forcefully of the ancient saying, “Those whom the gods wish to destroy, they first make mad.” Of how many movies is it possible to say that? Clearly, Pasolini knew a thing or two… if not about gods, then about humanity.