Boats, pubs and salt air: filming The Damned in Dorset with Oliver Reed

Stunning shots of Oliver Reed, Shirley Anne Field and director Joseph Losey in Weymouth in the summer of 1961. The trio were in the seaside town for the filming of one of Hammer’s most unique films – the apocalyptic sci-fi classic The Damned. 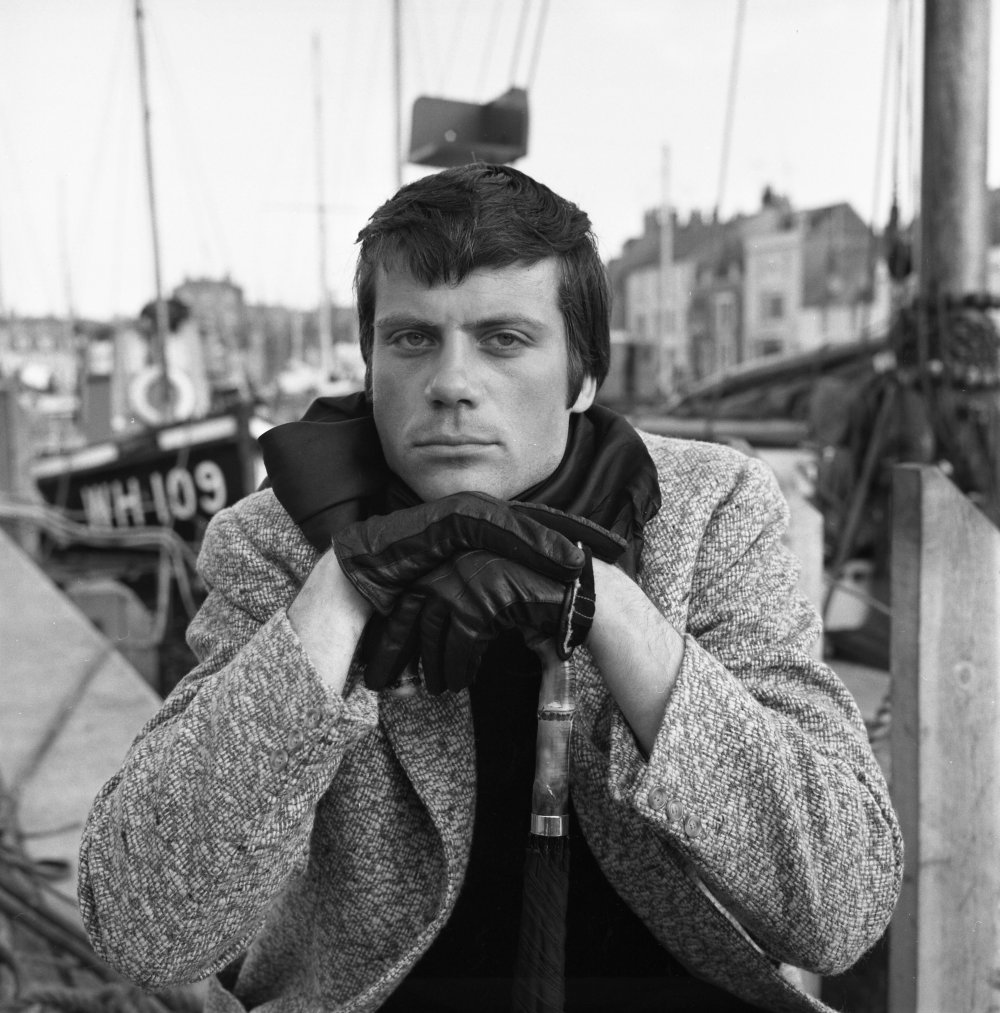 A beguilingly strange brew of delinquent teenager drama and paranoiac sci-fi, Joseph Losey’s The Damned (1961) is one of the most enduring films to emerge from the Hammer studio during the 1960s.

It’s set on the Dorset coast, and was filmed in May and June 1961 in Weymouth and on Portland Bill. The action gets under way when American tourist Simon Wells (Macdonald Carey), on a boating holiday along England’s south coast, is beaten up by a gang of hoodlums led by the charismatic King (Oliver Reed). 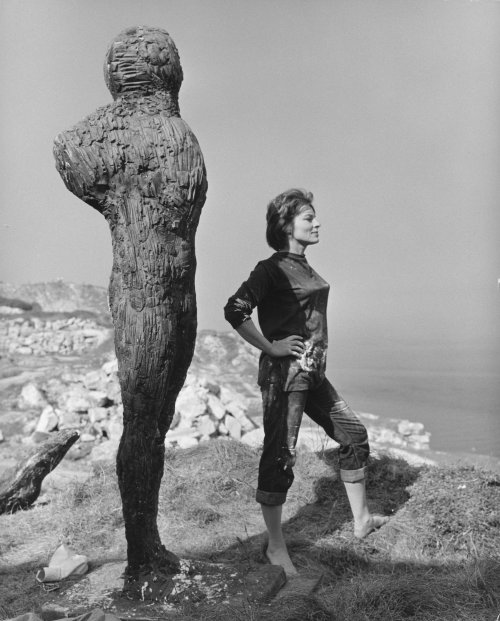 Many have seen this vision of vicious delinquency as a precursor to Stanley Kubrick’s A Clockwork Orange (1971), indeed to Anthony Burgess’s novel, which was first published in 1962.

But from there on, The Damned only gets deeper and deeper into weirdsville. On the edge of town, Wells discovers a network of caves and bunkers where nine 11-year-old children with odd powers are being kept by the military in a secret compound.

These photographs from the film’s production give little sense of such dark narrative currents, however. In what was evidently a hot early summer, we see the crew sunbathing, boating and even down to their swimwear for some publicity shots.

Sadly, neither Losey nor his cast members could have known at this point that the fruits of their labours wouldn’t see the light of day for two years. Hammer simply didn’t like this odd fusion of textures and held up the release until 1963, even then only distributing the film in a heavily cut version. 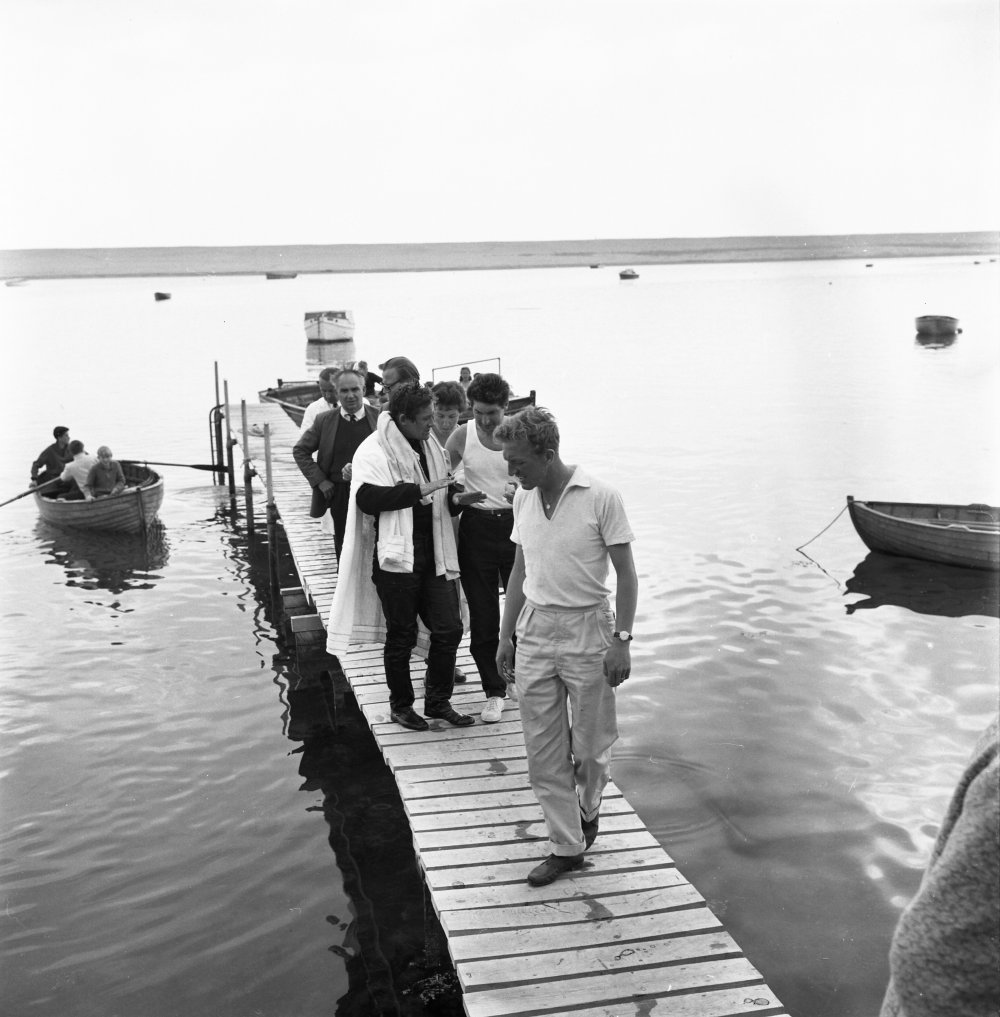 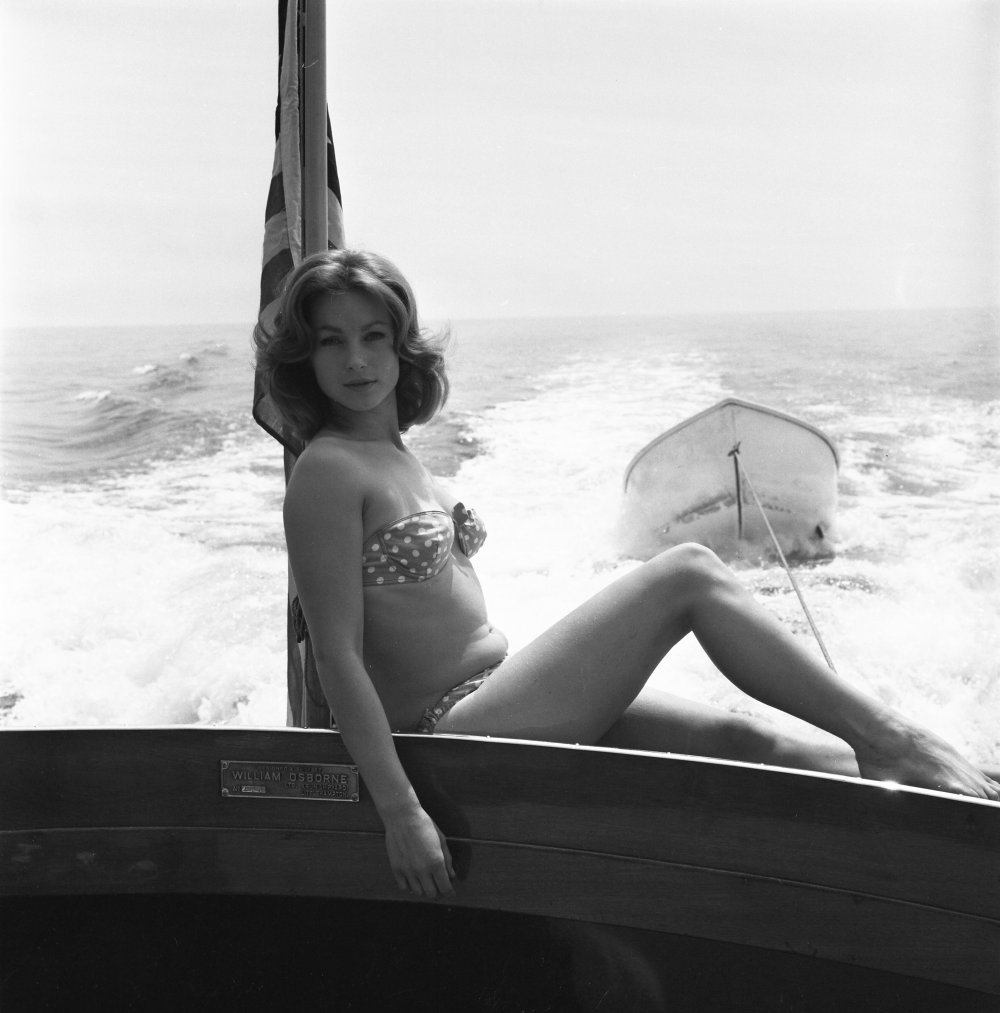 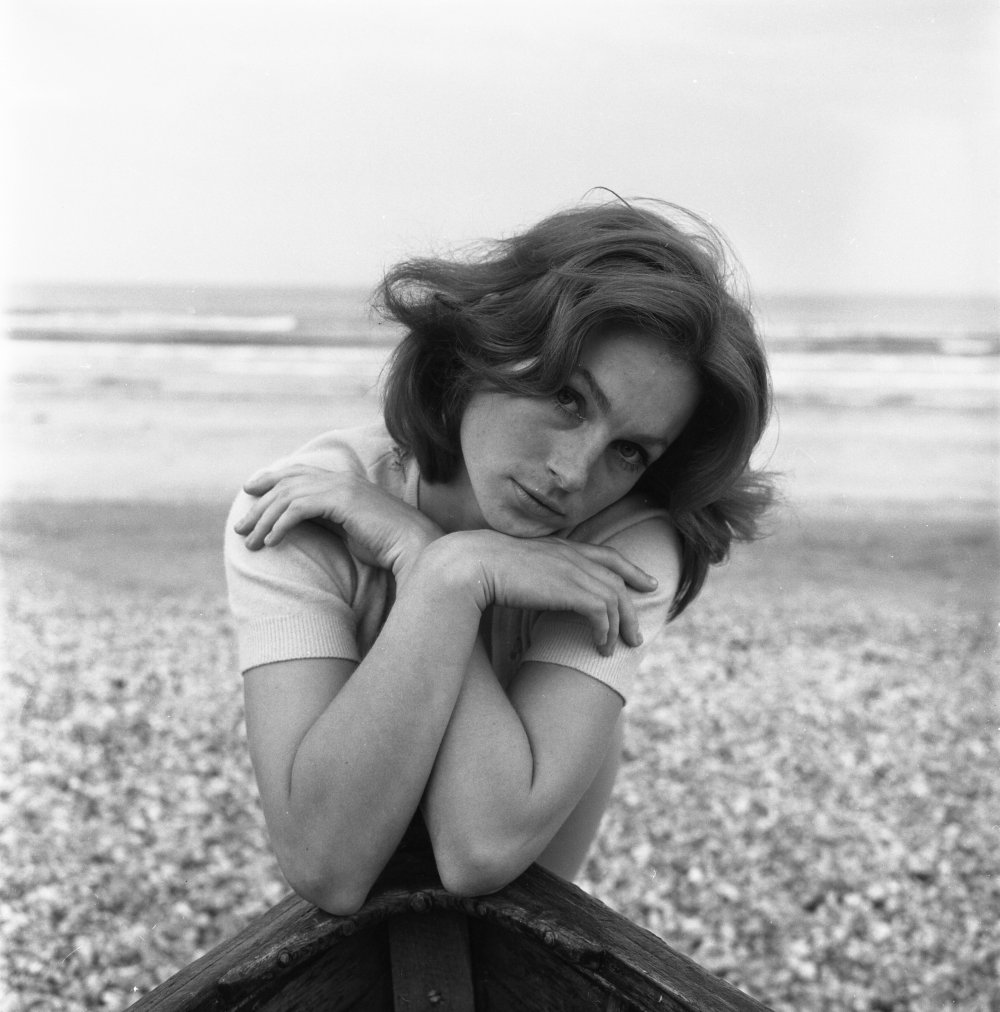 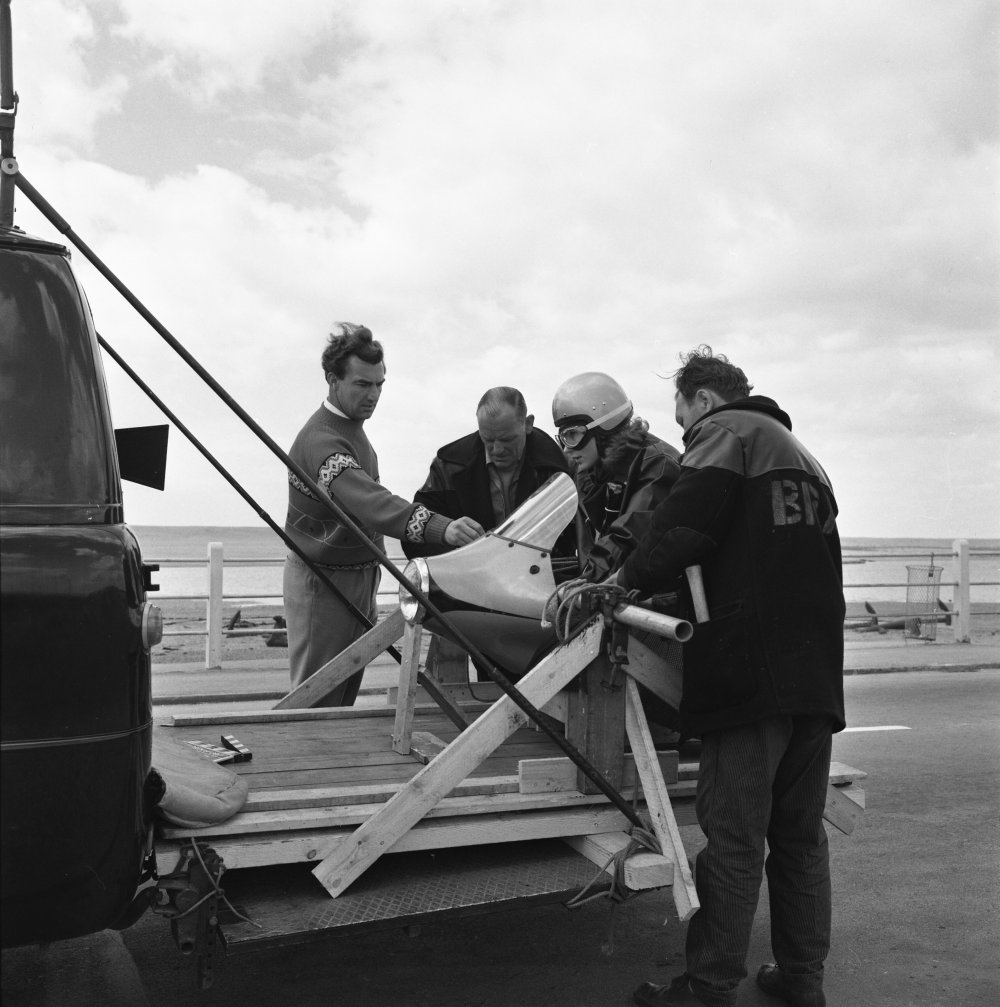 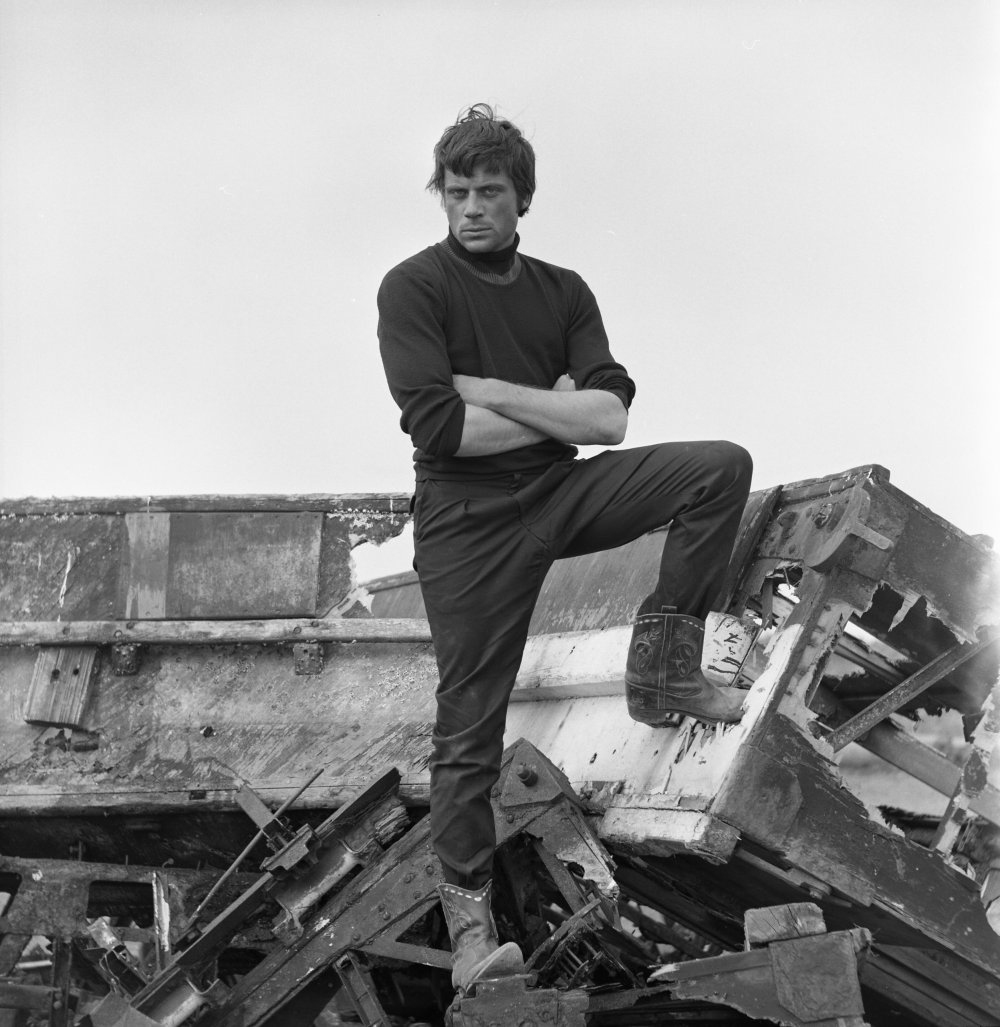 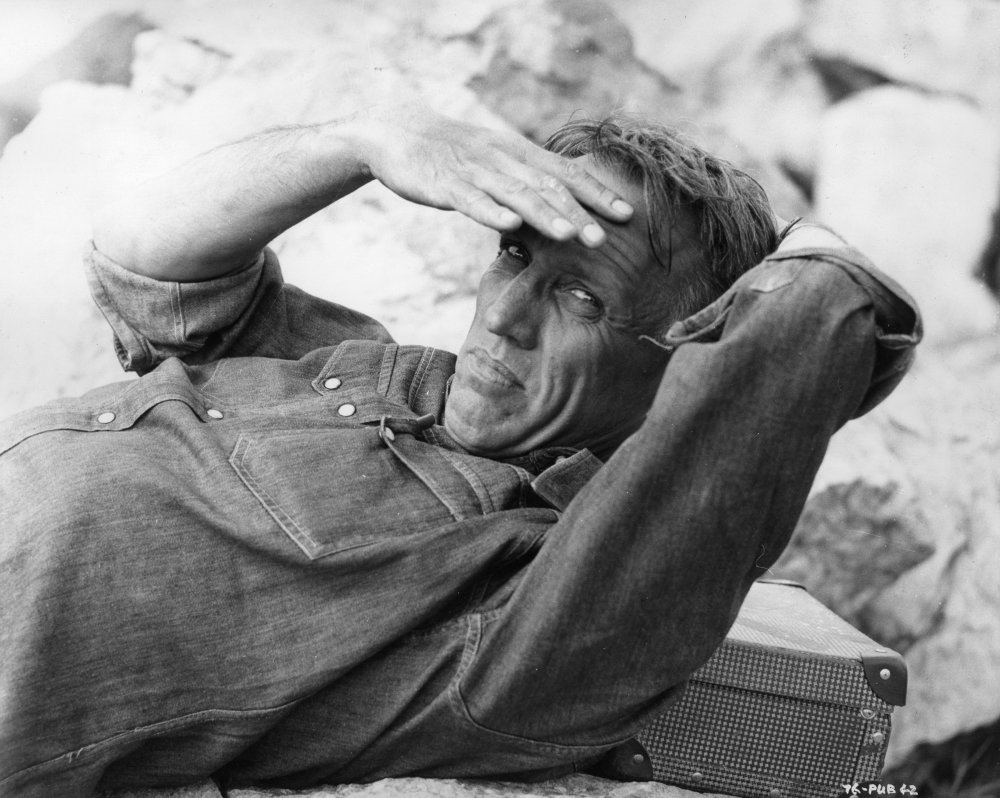 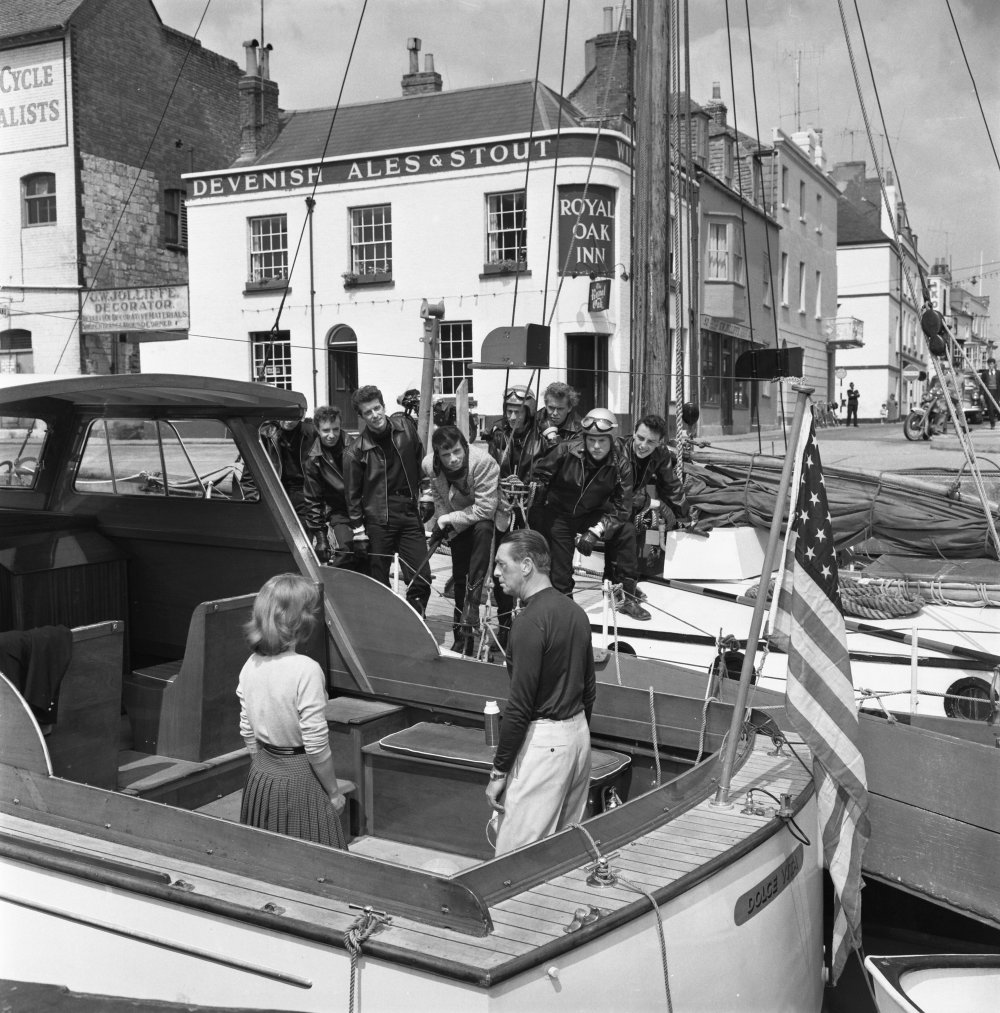 The cast on the waterfront, outside the Royal Oak Inn, which is still a pub today 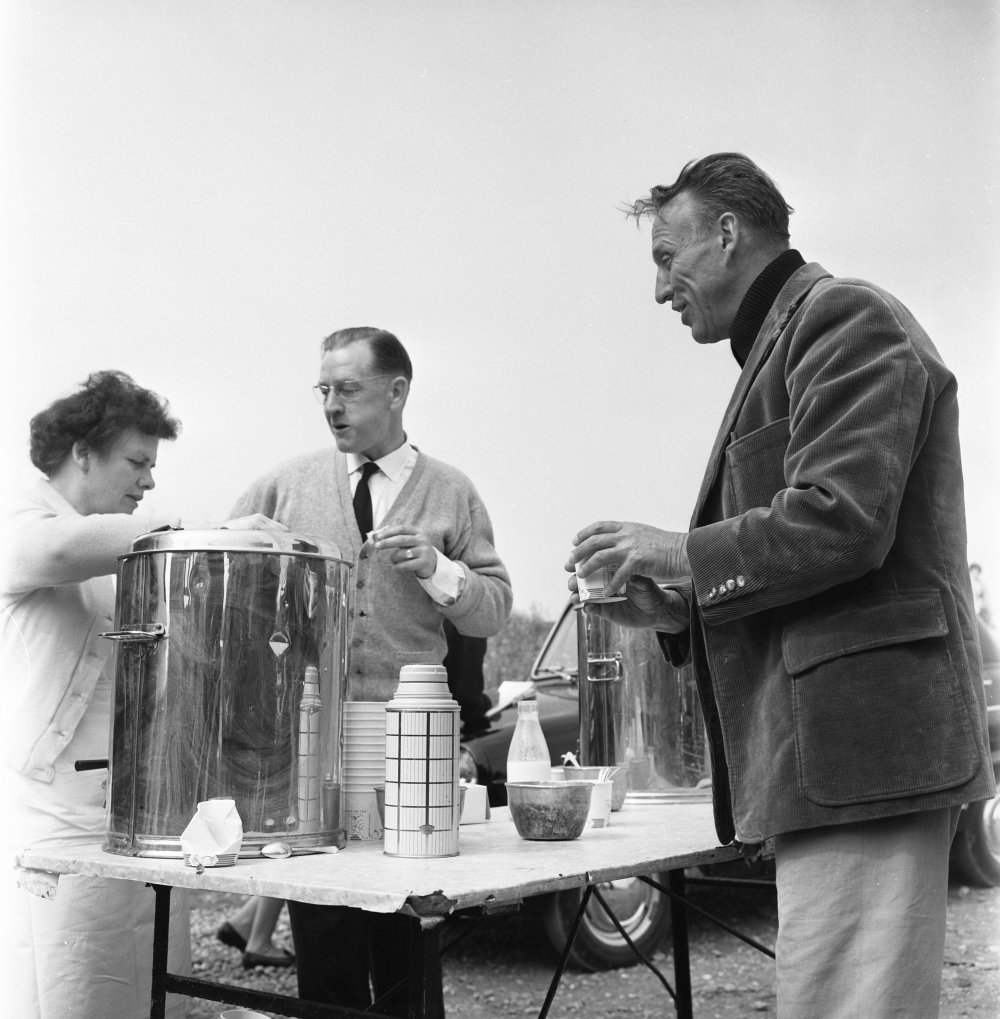 Losey helps himself to a hot drink from the location caterers 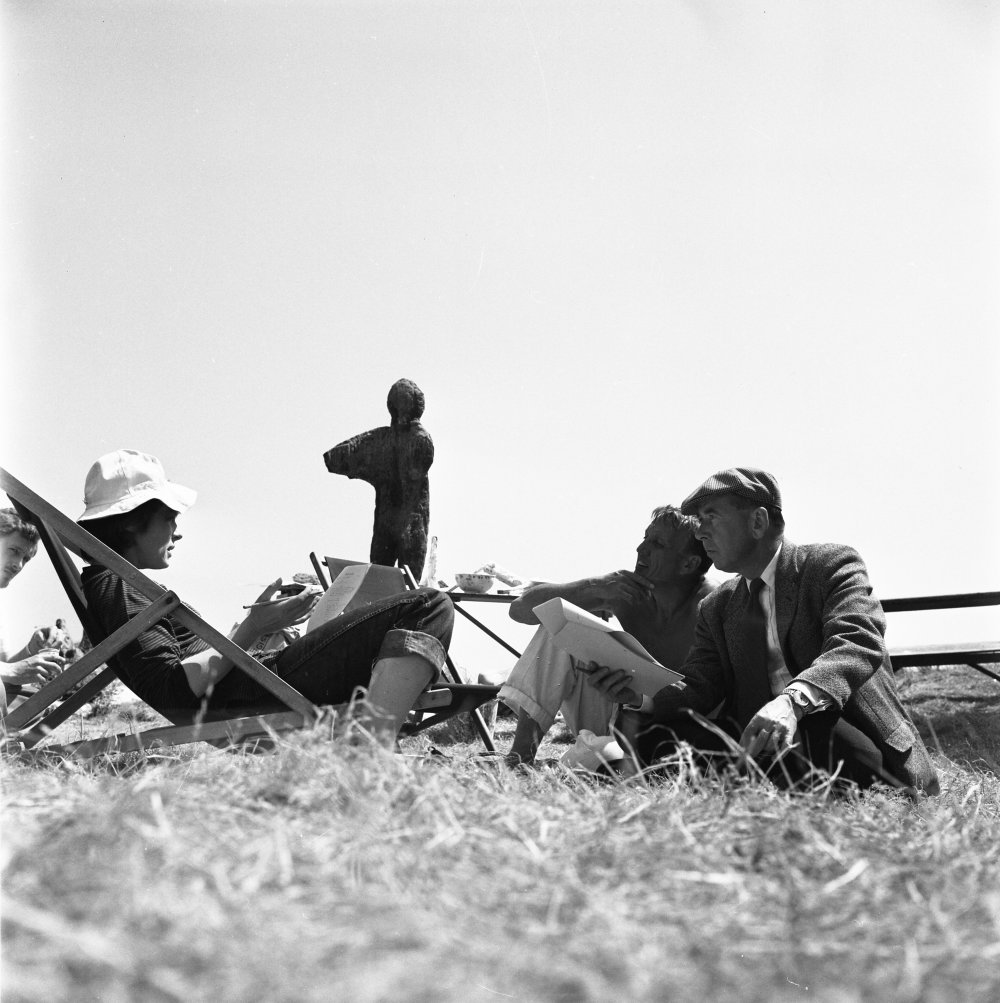 A moment of summery relaxation on location 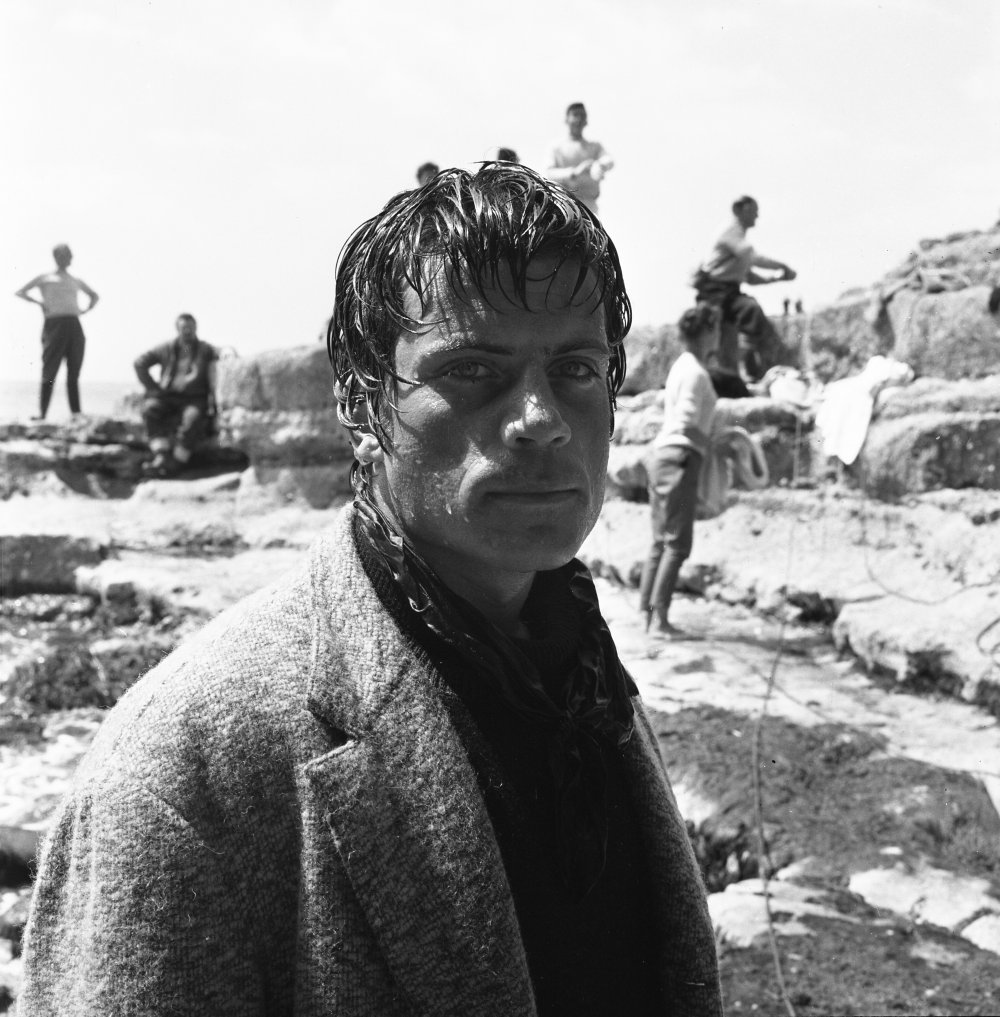 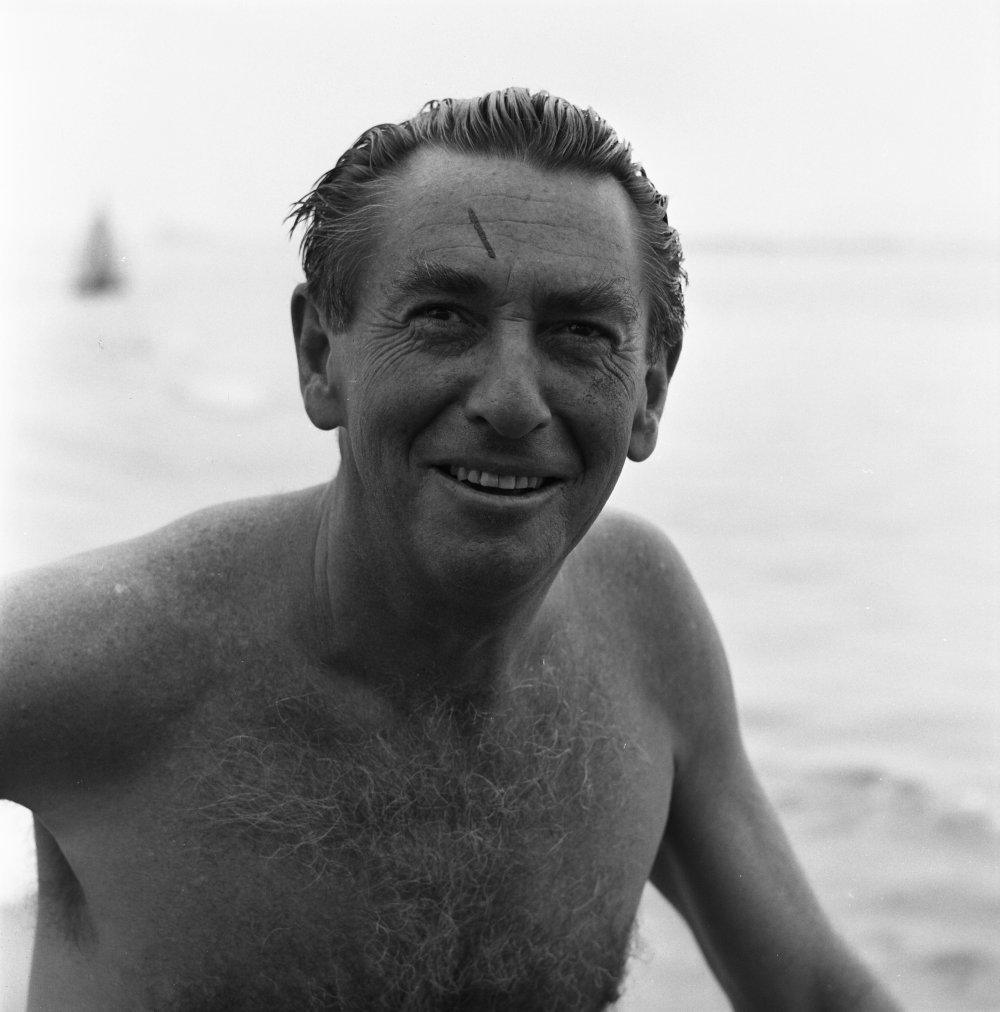 Actor Macdonald Carey, who plays the American boatsman who is beaten up and robbed by King’s gang. Carey’s previous films include Shadow of a Doubt (1943) and the 1948 version of The Great Gatsby, and he would later take a part in the US soap opera Days of Our Lives 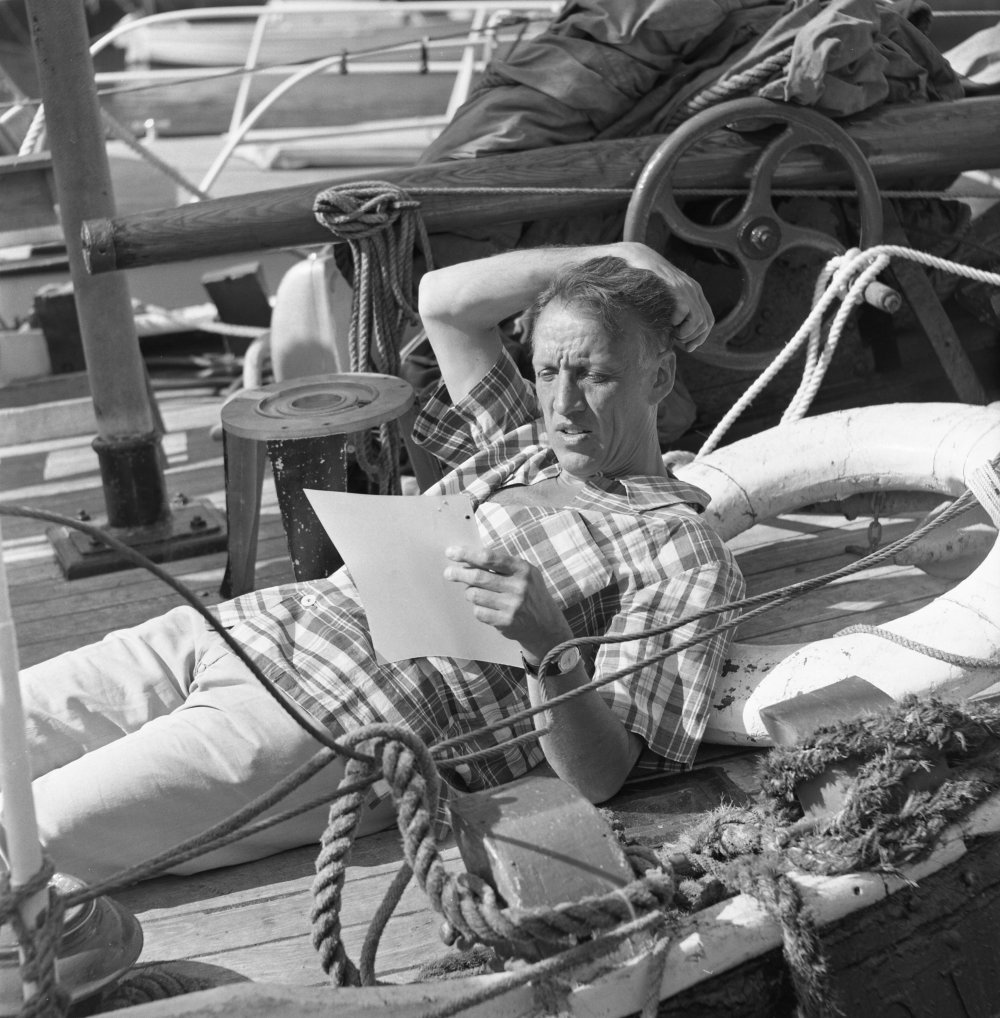