His best-known comedies may have been behind him, but the era of the Blitz found Will Hay moving to Ealing Studios for a series of hilarious wartime features blending puns, pranks and propaganda.

A brand new 75th anniversary edition of The Goose Steps Out comes to Blu-Ray for the first time and a new DVD on 15 May 2017 as part of the Vintage Classics collection – showcasing iconic British films, all fully restored and featuring brand new extra content

Aficionados of vintage film fun might argue that great British comic actor Will Hay did his best work before the Second World War – while he was at Gainsborough Pictures. For it was during the Gainsborough years that he perfected his persona as a workshy but wily fraudster, squinting sceptically at the world through precariously perched pince-nez spectacles; bluffing, blustering, and indignantly sniffing his way from one close scrape to the next, while battling to maintain his somewhat shaky dignity at all costs.

Hay is preserved at his finest for all eternity in a string of comedy classics, later described by his Gainsborough cohort Val Guest as ‘six of the best’, including the excellent Oh, Mr. Porter! (1937) and the less well-known but even better (if you ask me) Ask a Policeman (1939). But while the move to Ealing Studios (which more or less coincided with the commencement of conflict overseas) may have signalled the end of Hay’s golden age, the new era still yielded loads more splendidly funny stuff and also provided Will with the opportunity to do more than his bit for the war effort, on screen and off it.

As a big star at the box office, Will was well placed to be a part of the propaganda drive, and wasted no time in getting involved. He was something of an anomaly as far as top-flight cinema comedians went as he was also a serious scholar of astronomy (having penned a highly-regarded volume on the subject entitled Through My Telescope). Not only could the great man deliver laughs, he could also deliver lectures to troops on the stars and their use in navigation.

With Crazy Gang legends Flanagan and Allen he reworked his music-hall schoolmaster routine for ENSA concerts in the Orkneys, donned his tin helmet for photo opportunities with wide-grinned George Formby, and trod the boards with my favourite silly-ass comic, Claude Hulbert, performing patriotic sketches which saw the duo as bumbling air-raid wardens. Alas, nobody bothered to shove a film camera in front of them. 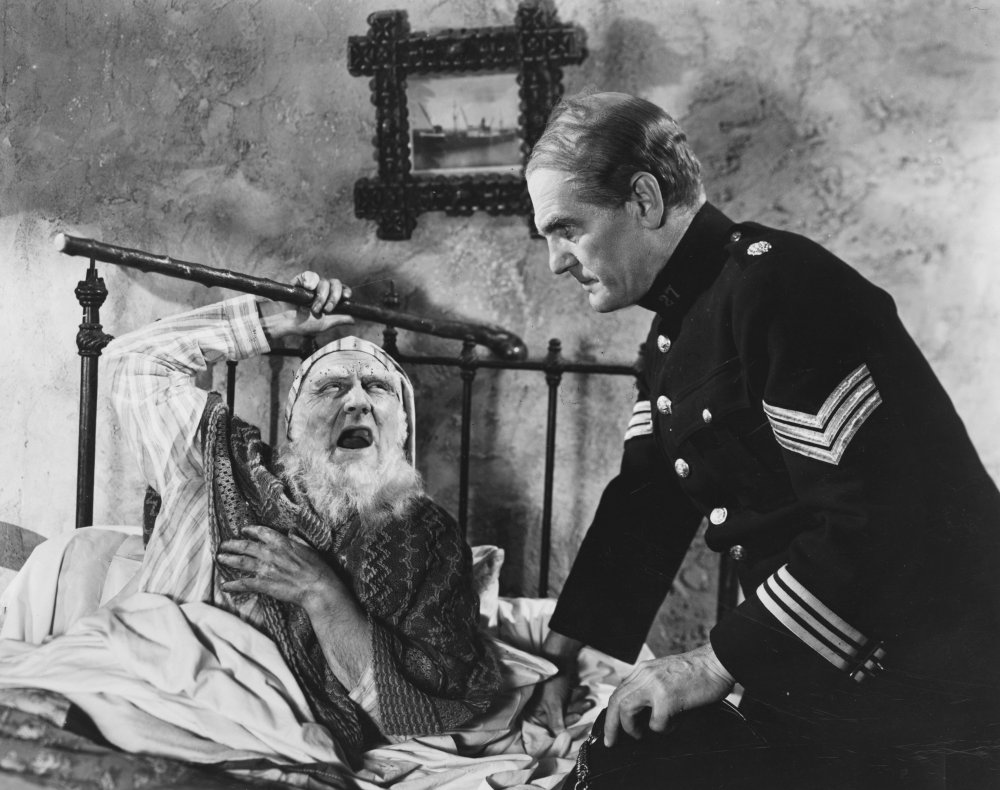 Thin on fun – but caught on celluloid – was Hay’s guest ‘turn’ in The Big Blockade (1942), an Ealing propaganda mini-feature that featured our hero as a boat skipper, disappointingly spouting thoroughly sensible information relating to contraband. Far better was Go to Blazes, an amusing ministry of information short in which a properly bumbling Hay struggles to sort out incendiary devices dropped on his suburban semi (luckily his long-suffering daughter, cheekily played by fresh-faced Thora Hird, is on hand to help the old duffer). 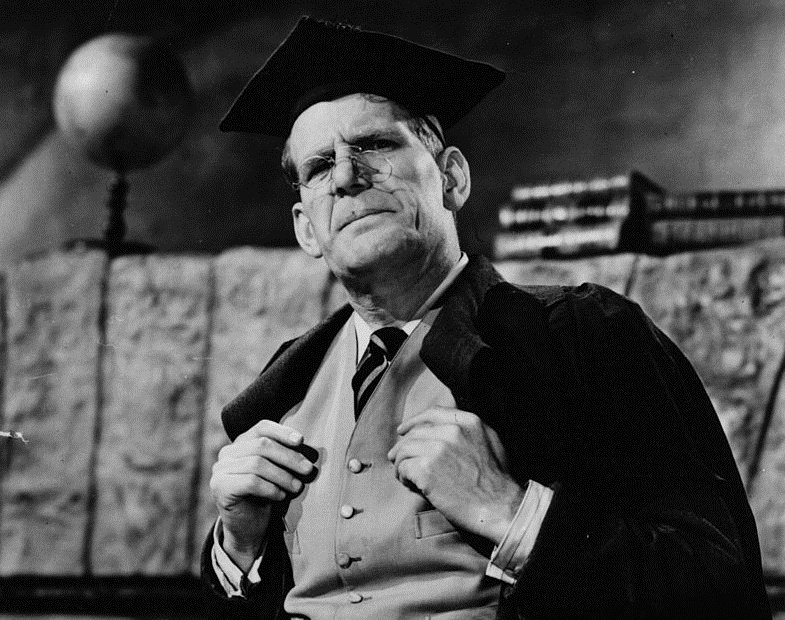 Hay’s fantastic first feature at Ealing (splendidly teaming him with Claude Hulbert and Charles Hawtrey) was perhaps closest in style and spirit to the Gainsborough films, but had a distinct wartime theme. The Ghost of St. Michael’s (1941) saw Hay play to his strengths as an inept schoolmaster, dragged out of retirement to a school temporarily relocated to a haunted castle on the Isle of Skye. Here he must attempt to conceal his ineptitude from hordes of wonderfully disdainful schoolboy evacuees (many of whom appear to be rather a long way beyond official school-leaving age) while searching out a German spy. It’s terrific!

In his next wartime feature, The Black Sheep of Whitehall (1942), with young John Mills in tow, Hay combined bluff, bumbling, bravado and bravery to foil fifth columnists. This time he played a disreputable correspondence course con-man who, doubling for a kidnapped economist, makes a hilariously nonsensical wireless broadcast exploring the intricacies of foreign commerce. Hay edged behind the camera too, sharing directorial credit with Basil Dearden. Some of the material in the latter part of the picture seems bewilderingly broad for a performer of Hay’s subtle genius, but no matter: this thoroughly fun film is still brim full of superb sequences which surely delighted audiences nationwide and the forces overseas too. 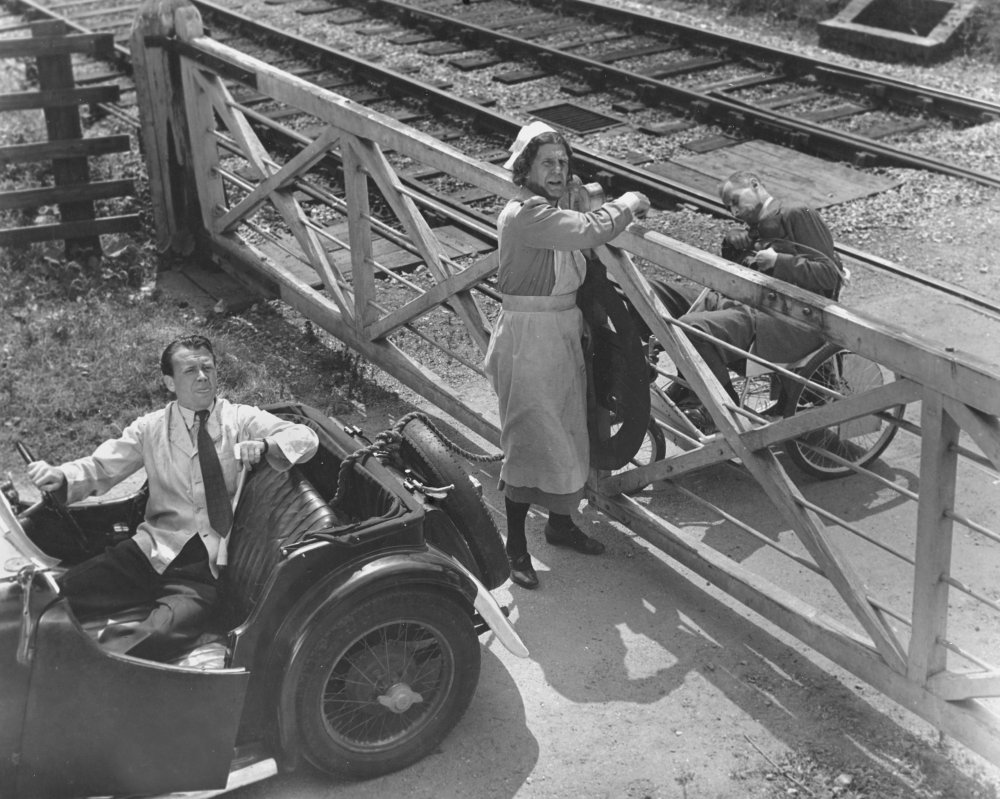 Hay’s third starring vehicle for Ealing was The Goose Steps Out (1942), again co-directed with Dearden. This hugely entertaining comic-propaganda piece constitutes an oft-undervalued high-point of Hay’s tenure at Ealing. Here, Hay deftly flies the flag without compromising on the humour, while simultaneously taking steps to begin to reshape and stretch his screen persona. He remains the chancer we know and love and is still thrust into situations where he needs to reply upon his stock-in-trade deviousness, deception and bluff, but he is no longer as inept as he once was.

It works wonderfully well; it’s a film stuffed with great routines. And if the thought of Hay, deep inside enemy territory, masquerading as a bomb expert, haranguing Nazi High Command at high-speed with his suggestions for a prospective pincer-Panzer movement isn’t enough to sell it to you, I should also add that this is the film featuring the rightly-legendary scene where Hay teaches a classroom full of young German students to salute a portrait of Adolf Hitler with a distinctly Churchillian ‘V’ sign. Also heard in this superb sequence (featuring a youthful Peter Ustinov as class swot) is some fine verbal humour revolving around the correct pronunciation of that Great British place name Slough. English? It’s tougher than it looks… 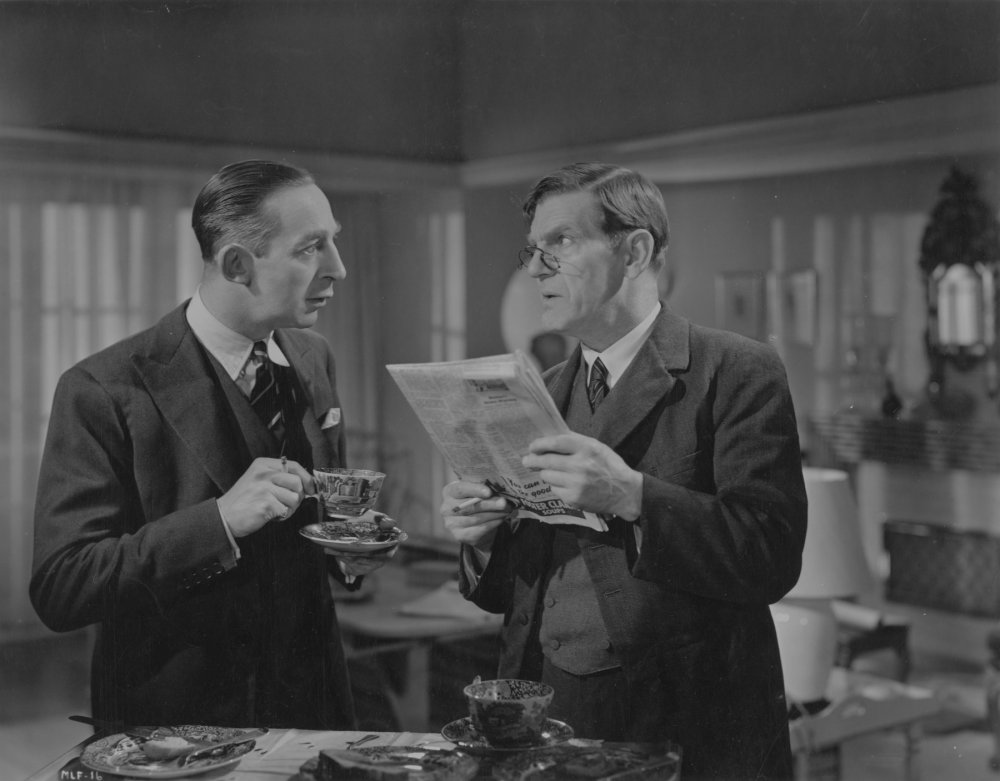 Hay’s last film for Ealing, and his final feature, was My Learned Friend (1943). And though there’s plenty of slapstick in a climax which sees our old chums Will and Claude dangling dangerously from the face of Big Ben, overall there were signs that it signalled a further stylistic shift, perhaps towards a darker, more sophisticated brand of character comedy. And in sharp contrast with the film that preceded it, it was clearly no propaganda piece. But our Will had been no slouch when it came to the war effort and the best of his work from the era still stands up splendidly today. What a shame ill health precluded the possibility of further Will Hay films in the post-war period. It would be great to know just what comic direction he would have taken next.