Best of Cannes 2013: some films to look out for

From the big winners to the small gems, Geoff Andrew rounds up his picks of the 2013 Cannes Film Festival, assessing their chances in UK cinemas, and including a personal top 15. 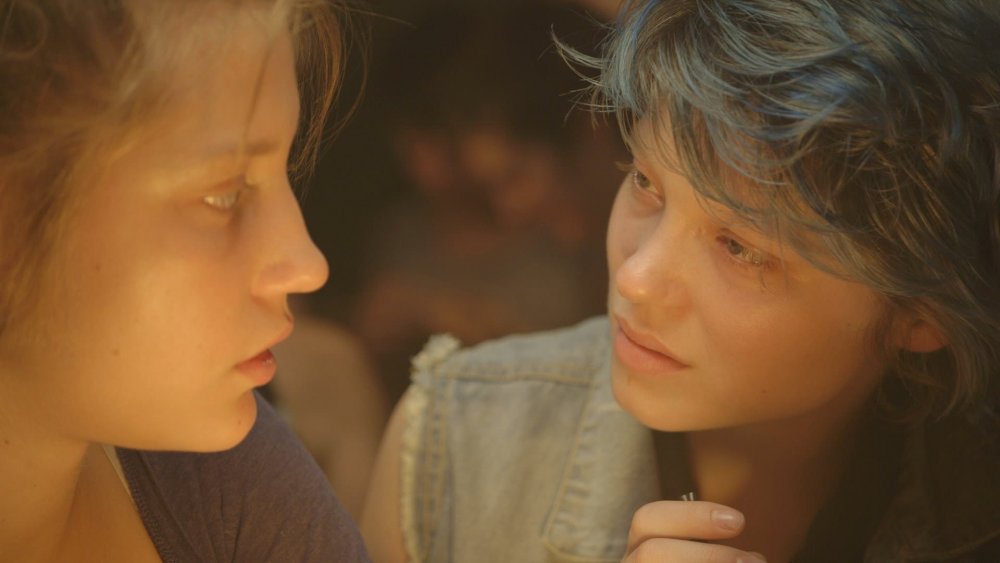 Blue Is the Warmest Colour

Before the 2013 edition of the Cannes Film Festival began, I wrote here about how I would inevitably be responding to the films on view from several perspectives – primarily, those of a cinephile, a critic and a programmer. None of these takes precedence; they all function at the same time. So what follows is an attempt to offer a brief overview of this year’s festival which draws on all three perspectives.

At the end of this piece you’ll find my own best-of-the-fest list, which reflects the tastes of the individual cinephile in me, rather than the ideas of the critic or programmer. I’d hoped to restrict it to a top 10, but this year that was not to be. Unlike most years, when you get a few stand-out masterpieces and a number of truly excellent films, followed by the good, the bad and the unforgivably ugly, the 2013 bunch – for many of us, anyway – offered not a single masterpiece and mercifully few very bad films. Rather, there was a glut of very fine but flawed films, which made it unusually hard to predict the prizes and to put a personal list of favourites in any clear-cut order; hence my top 15!

Still, many were very pleased – and unsurprised – by the awarding  of the Palme d’or to Abdellatif Kechiche’s Blue Is the Warmest Colour (La Vie d’Adèle, chapitre 1 & 2). Certainly, this tale of the blossoming and aftermath of a young woman’s first great love – for another woman, as it happens – provided one of the most emotionally involving experiences of the festival, since it’s one of those meticulously observed naturalistic dramas at which the French excel. 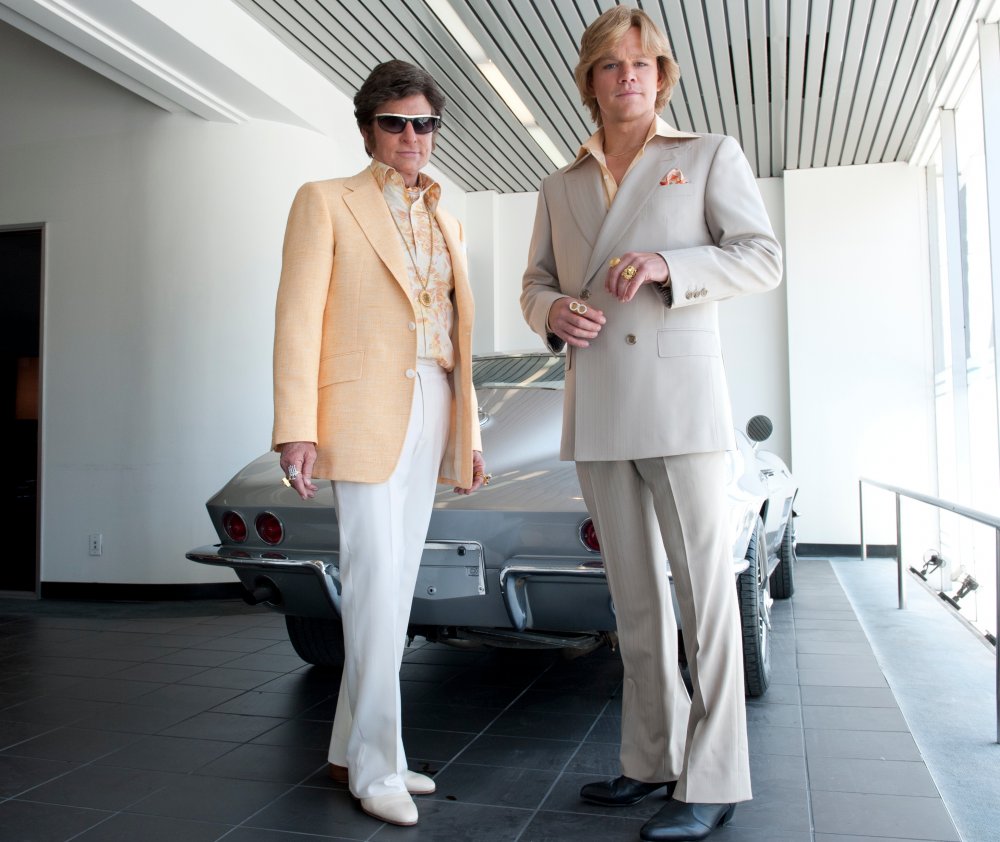 Much has been made of the duration, explicit nature and credibly impassioned playing of the sex scenes, but many other scenes also go on rather longer than is the norm – presumably with the aim of reinforcing the impression of naturalism – and Adèle Exarchopoulos and Léa Seydoux convince throughout as the schoolgirl protagonist and her slightly older artist lover. 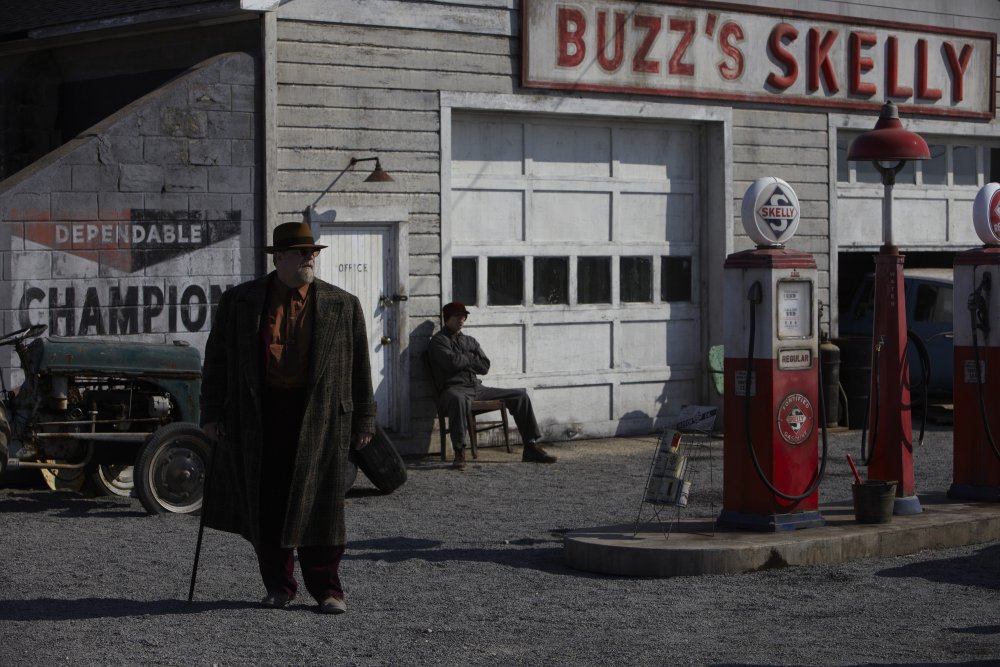 Whatever, Guiraudie’s film – a terrific return to the form of his 2001 featurette Real Cool Time (Ce vieux rêve qui bouge) – might have a tougher time finding an audience than Kechiche’s film given that its milieu (a lakeside beach and woods frequented almost exclusively by cruising gay men) may suggest a very specific target audience, which is certainly not the case.

For all the male nudity on view, Guiraudie’s tale of a holidaying man so attracted by a hunk he meets at the beach that he ignores evidence of his possibly being a murderer is an altogether effective combination of taut suspense, droll comedy, gay erotica, metaphysical allegory and pastoral fable. Thanks to great camerawork, editing and sound design, it was also one of the most beautiful films shown in Cannes, which – given the competition – is saying a great deal.

Perhaps these films, along with Steven Soderbergh’s Behind the Candelabra, a funny, very touching and very resonant account of Liberace’s fraught relationship with his ‘assistant’ Scott Thorson, which shows Michael Douglas and Matt Damon naked together in jacuzzis and in bed, will follow the likes of Brokeback Mountain (2005) in winning over a wider audience than that traditionally associated with gay and lesbian subject matter. 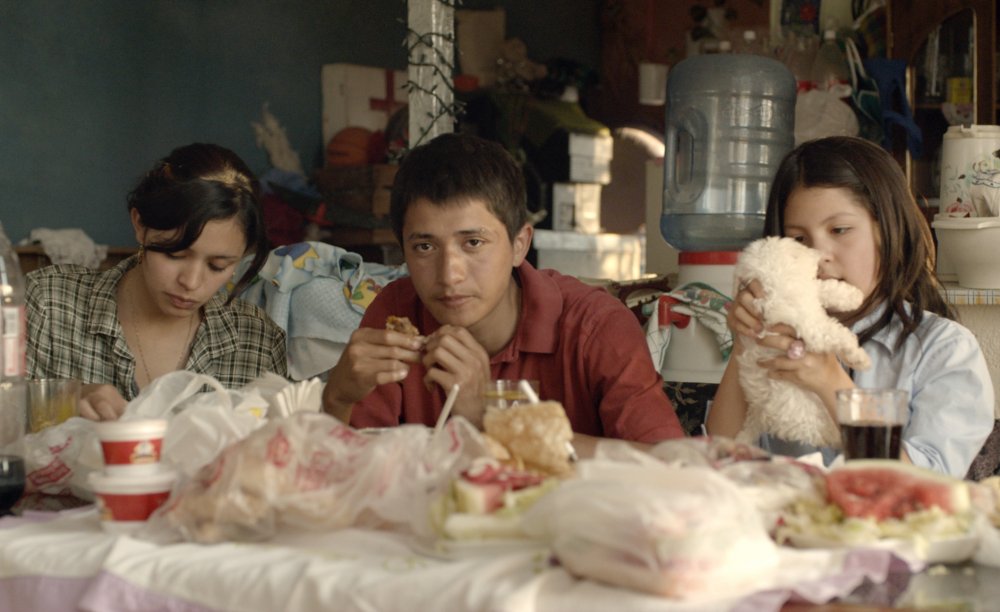 Cannes has often had a hand in creating crossover hits, and it would be good to see a number of competition entries do well. Though Inside Llewyn Davis, which won the Grand Prix du Jury, is essentially a ‘small’, star-free film about a not particularly sympathetic folk-singer struggling to make a go of it in Greenwich Village in 1961, the fact that it’s written and directed by Joel and Ethan Coen is obviously a commercial advantage. Also, it’s wonderfully witty, performed to perfection by newcomer Oscar Isaac and others, superbly shot and boasts a soundtrack to die for.

Alexander Payne’s Nebraska, too, is a modest affair, but with luck Bruce Dern’s best actor prize will translate into box-office success for this bittersweet road-movie about a cantankerous, senile Montana ne’er-do-well taken by his son to visit his Nebraska birthplace and estranged family one last time before he croaks. 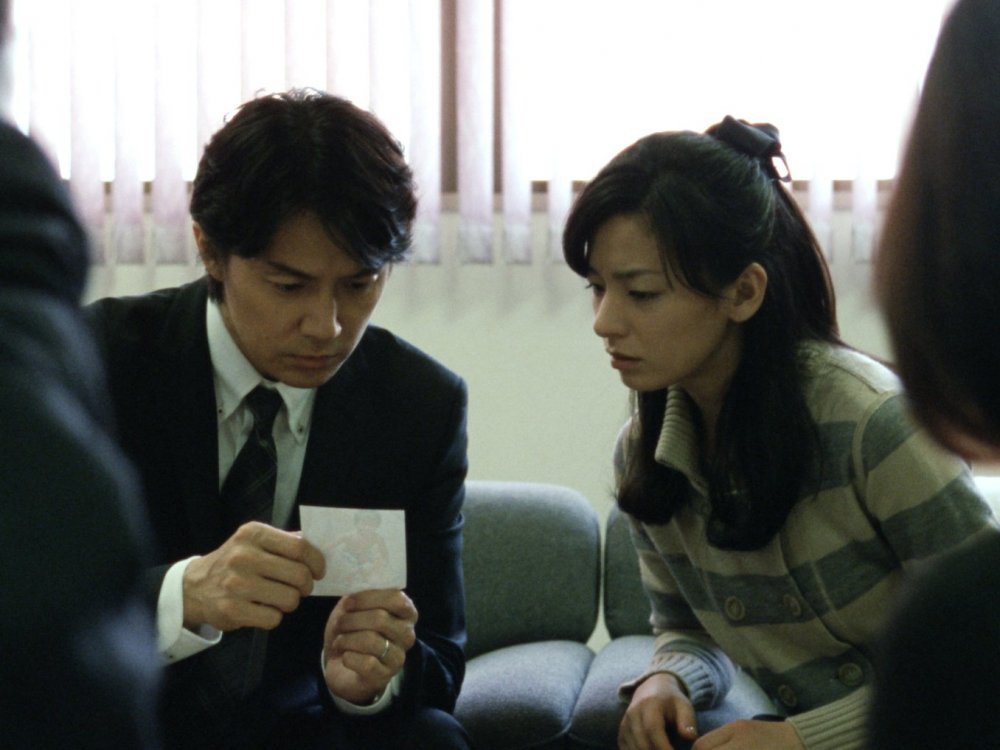 As ever, there were many strong films in Cannes which will nevertheless need careful handling if they are to reach the audience they deserve. One thinks, for example, of Heli, which won Amat Escalante the best director prize. It’s an impressively controlled, scarily believable tale of a perfectly innocent Mexican family caught up in murderous criminality and corruption, but while it’s a rather more substantial treatment of that topic than the recent Miss Bala (2011), an unforgettably plausible torture scene halfway through the film may make it a hard sell.

Similarly, Jia Zhangke’s A Touch of Sin, winner of the best screenplay prize, is an alarmingly persuasive portrait of the growth of violence and corruption in today’s China, but the assurance and subtlety of Jia’s storytelling may not compensate at the box-office for an ambitious, fractured narrative and a generally bleak tone.

From Japan, Hirokazu Koreeda’s Like Father, Like Son, an understated, deftly nuanced look at what happens after two very different couples learn a hospital mistakenly swapped their sons when they were born six years earlier, looks a stronger bet. The director’s skill with kids certainly appealed enough to Steven Spielberg’s jury to bag the festival’s third prize. 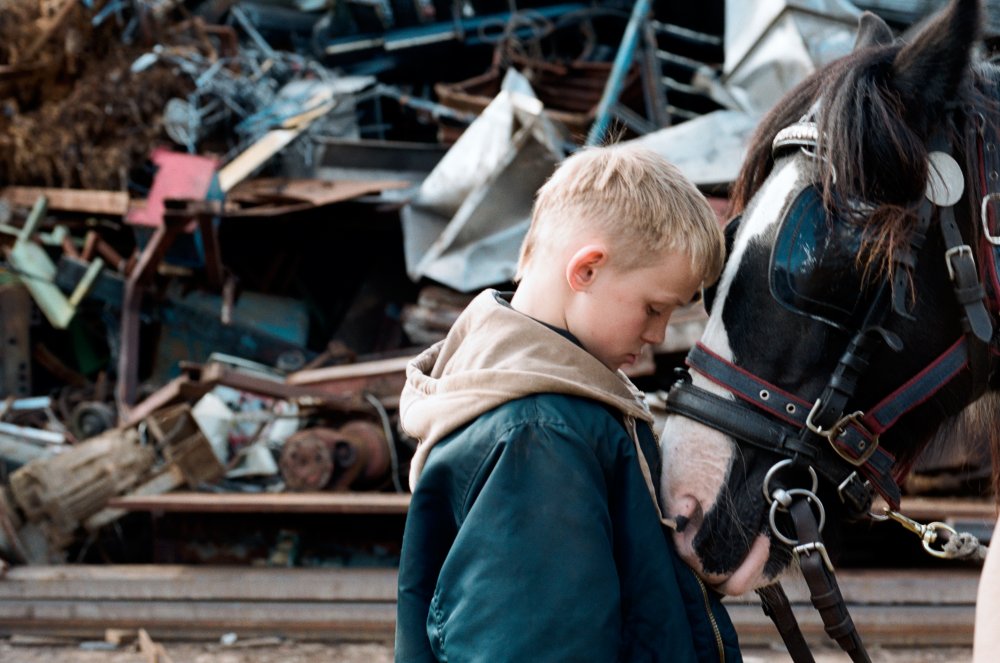 Of course, critical support can help a ‘niche’ film’s release, and there’s likely to be plenty not only for Clio Barnard’s The Selfish Giant – deservedly a hit in the Directors’ Fortnight selection – but for Paolo Sorrentino’s The Great Beauty (La grande belleza), which many believed was a strong contender for the Palme d’or but went home empty-handed.

Partly about a journalist and failed novelist (Tony Servillo) who’s a famous fixture of Rome’s social elite, partly about the morbidly excessive beauty of that city, the film’s as prone to baroque mise-en-scène of the brazenly virtuoso variety as anything in Sorrentino’s meteoric career. That doesn’t always make for narrative clarity or coherence, and might explain the jury’s response, but as bold, visually and sonically resplendent filmmaking, it’s likely to appeal to anyone happily seduced by the magic of cinema as sheer, sensual spectacle. 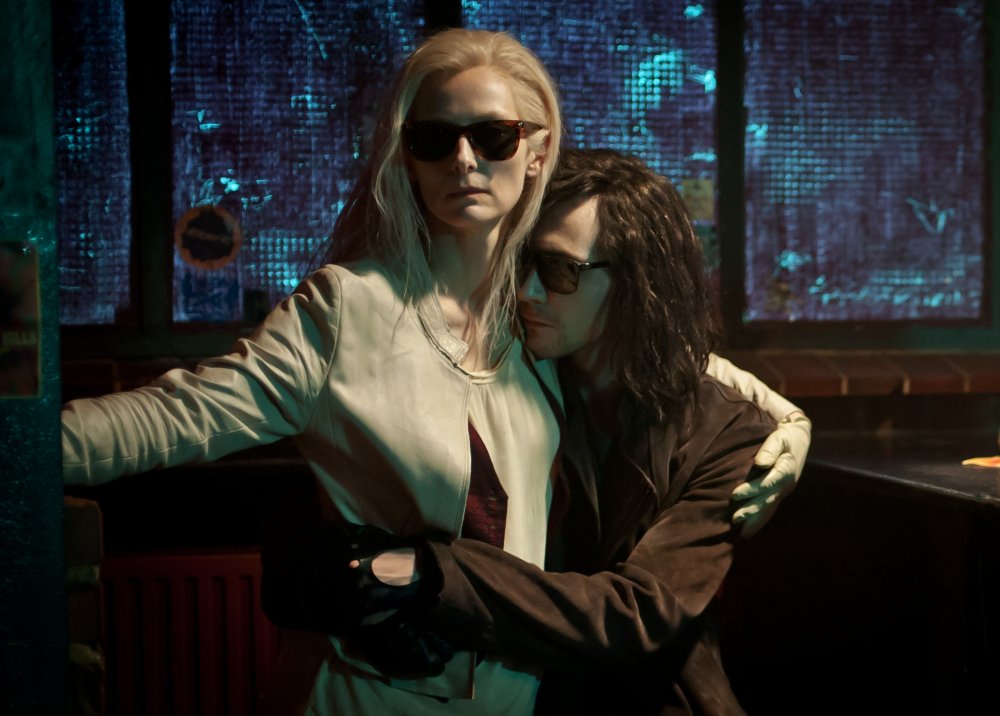 In many ways, Jim Jarmusch’s Only Lovers Left Alive also falls into that category. The story – about various vampires in Detroit and Tangier going about their nightly lives while trying not to kill humans to feed their addiction – counts for less than the opportunities it offers for deadpan gags (notably at Hollywood’s expense), comment on the contemporary human condition, filmic, musical, literary and philosophical allusions, and the sustaining of a weird, sometimes pleasingly unsettling mood. Tom Hiddleston, Tilda Swinton, John Hurt and Mia Wasikowska are all well cast, while the music, camerawork and art direction cast their own dreamy spell. Twilight it isn’t, but given the right push, it could find a responsive audience.

I won’t waste your time here by commenting on films I didn’t rate highly, but with regard to the competition, I’ll briefly mention two more films. Valeria Bruni-Tedeschi’s A Castle in Italy proved divisive, with some dismissing it as a self-indulgent lament for the woes of a rich, arty Italian family forced to sell off some possessions. Others – myself included – were pleasantly surprised by a mainly comic but slightly sympathetic critique of a clan in moral, physical and spiritual decline, their members variously blinkered, neurotic, near-incestuous, absurdly superstitious and self-regarding. Since it develops its theme in a spritelier fashion than have films like Luchino Visconti’s The Damned (1969), its occasional lapses into theatricality – the commedia dell’arte is never far away – can surely be forgiven. It deserves an audience. 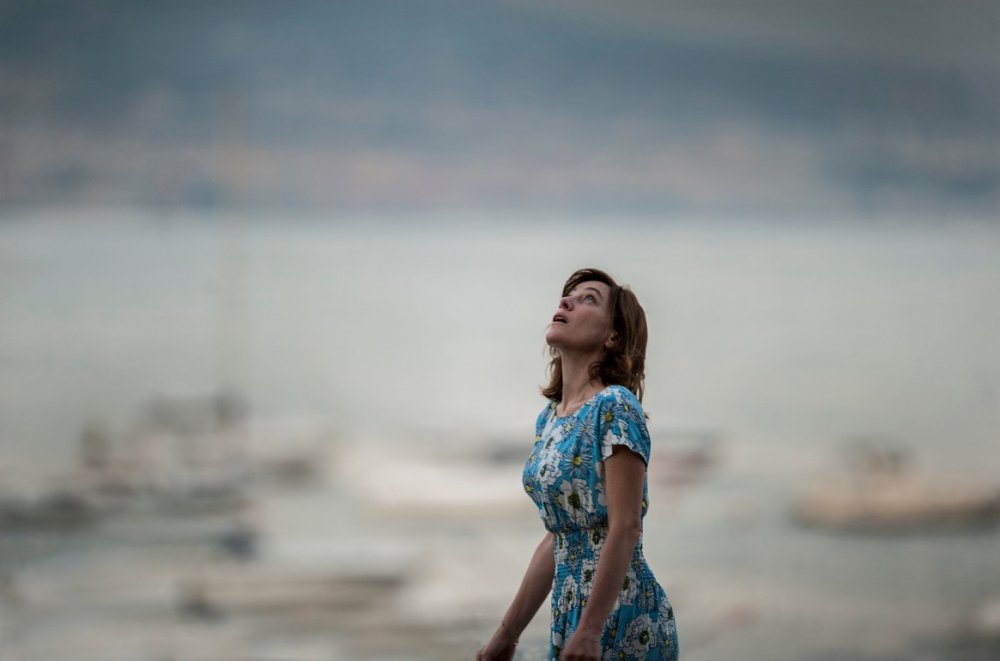 Still more unapologetically theatrical, Venus in Fur was adapted by Roman Polanski and David Ives from the latter’s play about a director (Mathieu Amalric) seeking a Vanda for his stage version of Saser-Masoch’s novel and reluctantly auditioning a seemingly unsuitable actress (Emmanuelle Seigner, also Polanski’s wife); the film is set entirely within a Parisian theatre.

But while this witty disquisition into the interlinked relationships between male and female, director and actress, reality and artifice grips from start to finish, it takes on added resonance thanks to Amalric being made up to look like the young Polanski, and to its sly recapitulation of themes, motifs and moments from his earlier films. Many counted it as one of the most purely entertaining entries of a very rewarding festival, and, while it won no prize, it could surely enjoy both critical and commercial success.


In main competition unless stated otherwise.