An Autumn Afternoon: a fond farewell

Exquisitely moving and truthful, An Autumn Afternoon is a fitting end to the great career of Yasujiro Ozu. 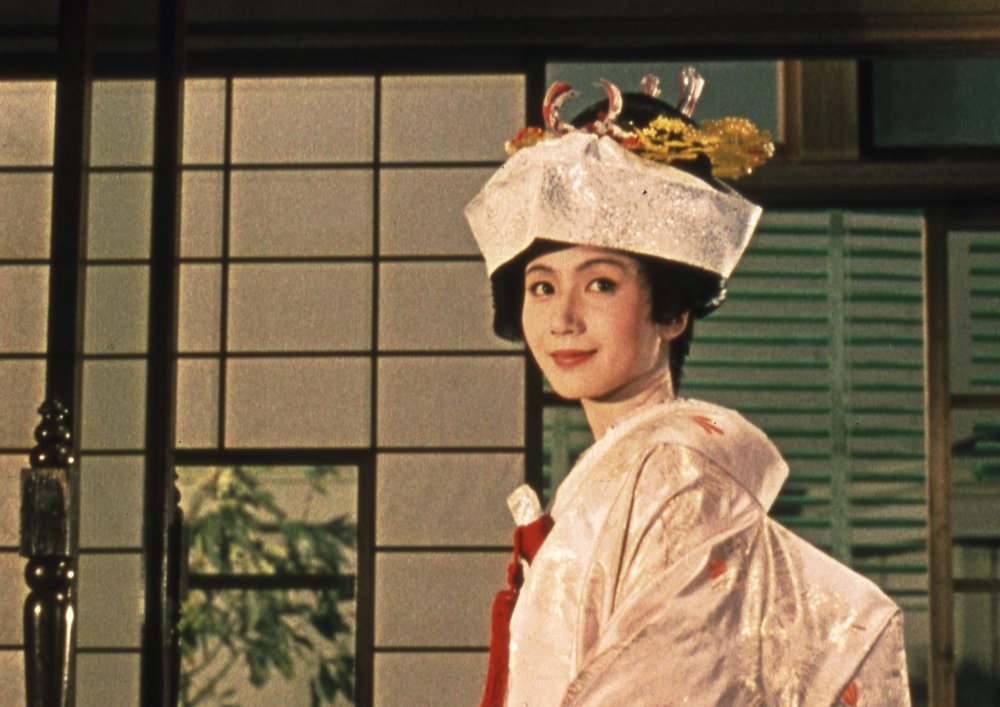 It was never, of course, Yasujiro Ozu’s intention that An Autumn Afternoon (1962) should be the final film of his 35-year career as a writer-director. Indeed, before he died on his 60th birthday, in December 1963, he had made notes for another project, provisionally titled Radishes and Carrots (once again, as it happens, the story of a daughter about to marry and leave her father, though the parent in this instance was to have cancer, the affliction that would bring Ozu’s life to an end); and there is every reason to believe that, had he lived on, the Japanese master would have continued completing films at the steady rate of one a year. Sadly, however, that’s not how things turned out, and consequently An Autumn Afternoon has come to be regarded by many as Ozu’s ‘testament’.

As can be said of so many of Ozu’s works, the film is both typical and unique. It is typical in that, like all but his earliest films (which ranged from comedies about college life to gangster films), it is a gentle domestic drama about middle-class family life, a shomin-geki characteristic of his home studio, Shochiku. More specifically, it belongs to a particular subgroup of these films whose central story turns on the question of whether a young woman deemed of marrying age will wed or will remain at home to look after her widowed parent. 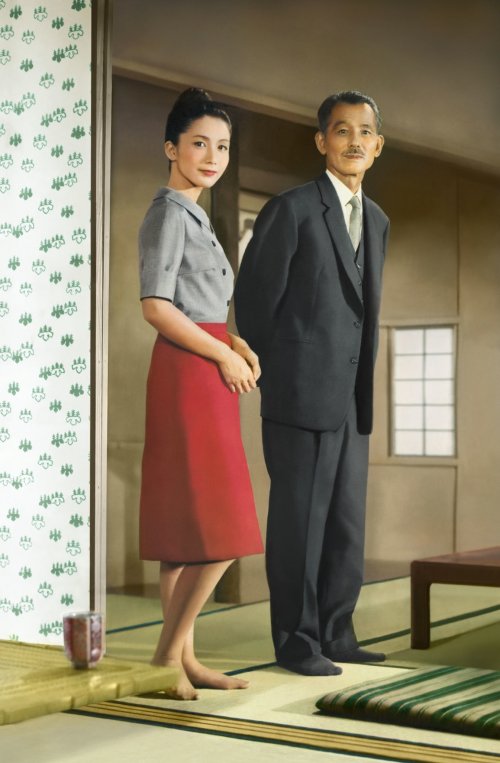 In this case, even though her younger brother, Kazuo, has also yet to leave home, Michiko Hirayama (Shima Iwashita) seems to be in no hurry to wed. Nor indeed has her father (Chishu Ryu) given the matter much thought. Still, his old college friends and drinking pals Professor Horie – recently remarried, to a woman little older than Michiko – and Mr Kawai keep telling Hirayama he should find a husband for his daughter before she turns into a lonely, embittered old maid like the daughter of ‘the Gourd’, a former teacher they’ve recently re-encountered.

Even without seeing Ozu’s name in the credits, anyone who has ever seen even one of his films would probably recognise An Autumn Afternoon as his work within a minute or so, so idiosyncratic, consistent, and bold is his signature style. Early in his career, the director sought to find and develop a way of seeing and showing the world that felt right to him. The hallmark elements of the style are, famously, the use of relatively short shots, taken with a mostly stationary camera from an unusually low angle in relation to the characters in frame; simple cuts rather than fades, wipes, or dissolves; montage sequences of landscapes and buildings not only to begin films but also to provide punctuation and linkages between narrative scenes; the preference for ultra-naturalistic, ‘everyday’ dialogue, often of the most seemingly trivial kind; and a related preference for low-key, almost de-dramatised stories evocative of the ‘ordinary’ lives of the middle classes, who made up the major part both of Japan’s population and, presumably, of Ozu’s audience.

So constant are all these elements in Ozu’s work that some have complained of there being little to differentiate between many of the films. Not only did his mature style remain consistent, especially from Late Spring (1949) onward, but the stories centred on a few fairly basic familial situations and dilemmas, while many of the actors turned up in film after film. It’s hard to imagine any charge of repetitiveness being made against, say, Monet or Miró, Shostakovich or Sibelius – nor, in the world of film, against the likes of Howard Hawks or Alfred Hitchcock, Pedro Almodóvar or Theo Angelopoulos; there are immediately distinctive voices in all areas of creativity. But more to the point, such a complaint is inaccurate and derives from not looking closely enough at his films. 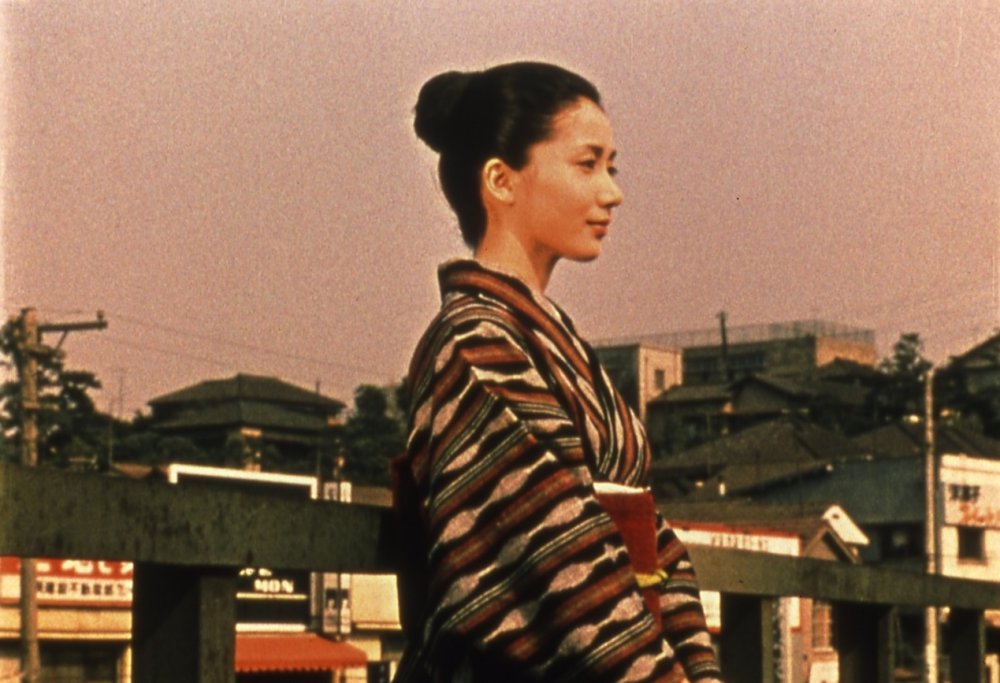 So while An Autumn Afternoon is in so many ways wholly typical of Ozu, it’s also a very distinct variation, following beautifully from its predecessors. In particular, it powerfully counterpoints its more comic aspects with repeated reminders not only of the loneliness that Hirayama might face in his final years but also of the fate that could await his daughter if he doesn’t find her a husband.

Moreover, Ozu devotes rather more of the narrative to the father and his likewise elderly friends than to Michiko, which ensures that there’s an undercurrent of nostalgic melancholy to what is in many other regards a wonderfully playful film – a nostalgia exemplified by Hirayama’s being reminded of his late wife by the hostess of a watering hole he frequents and by the hostess’s repeated playing of an old war march he knows from his army days.

Go beyond the apparent simplicity of Ozu’s films and you will discover immense sophistication at play in their construction and meaning. Take, for example, the subtle treatment of the interrelated themes of ageing, loneliness, loss, nostalgia, and familial responsibility in An Autumn Afternoon. Though the film’s real focus is on what will happen between Michiko and her father, their relationship is endlessly reflected in and refracted through the experiences of the other characters in the film: not just Hirayama’s other children but his friends and their families, his secretaries and colleagues, his former teacher, and a man met in a bar who served under him in the war. 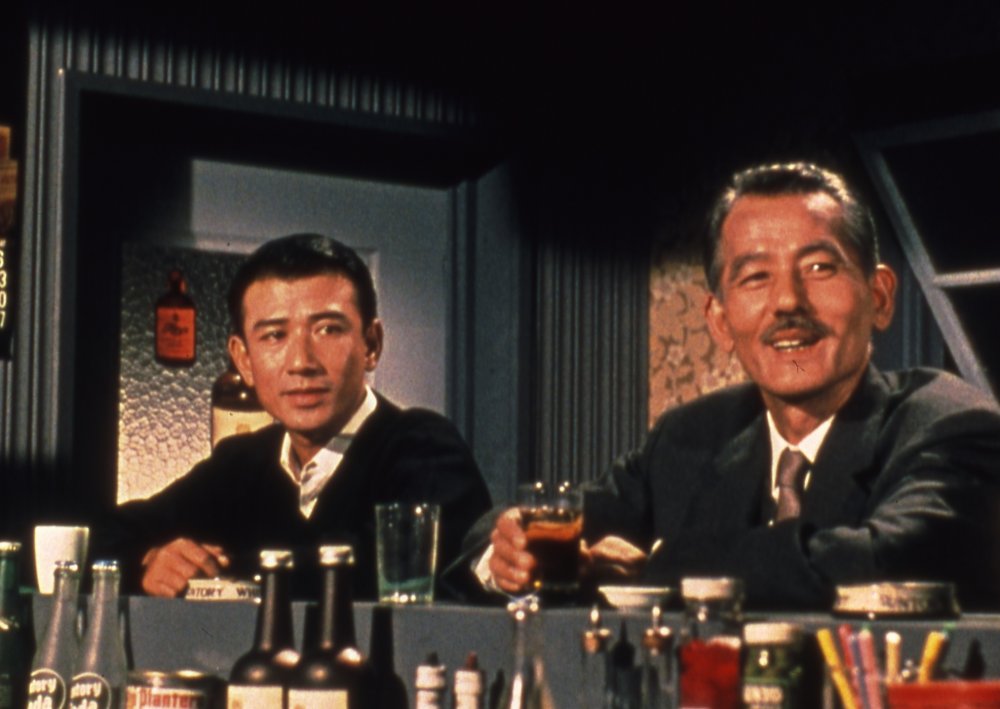 These characters’ experiences and words of advice serve a number of functions: they flesh out and enrich the story; they provide the hesitant Hirayama with an array of options to consider; they show that his problems are common and far from extraordinary; and they ensure that we don’t identify or sympathise too simplistically with either Hirayama or his daughter.

Ozu makes us feel deeply about his characters, but he does so by being honest rather than manipulating us. Hence his famous restraint: like the stories themselves, the performances avoid histrionics and melodrama. If we are enormously moved at the end of his films, it is not because anyone has pushed the right buttons but because we have seen something that strikes us as truthful.