Curator Patrick Russell pays tribute to the late British director Anthony Simmons, best known for his features The Optimists of Nine Elms and Black Joy but with an equally rich background in documentary. 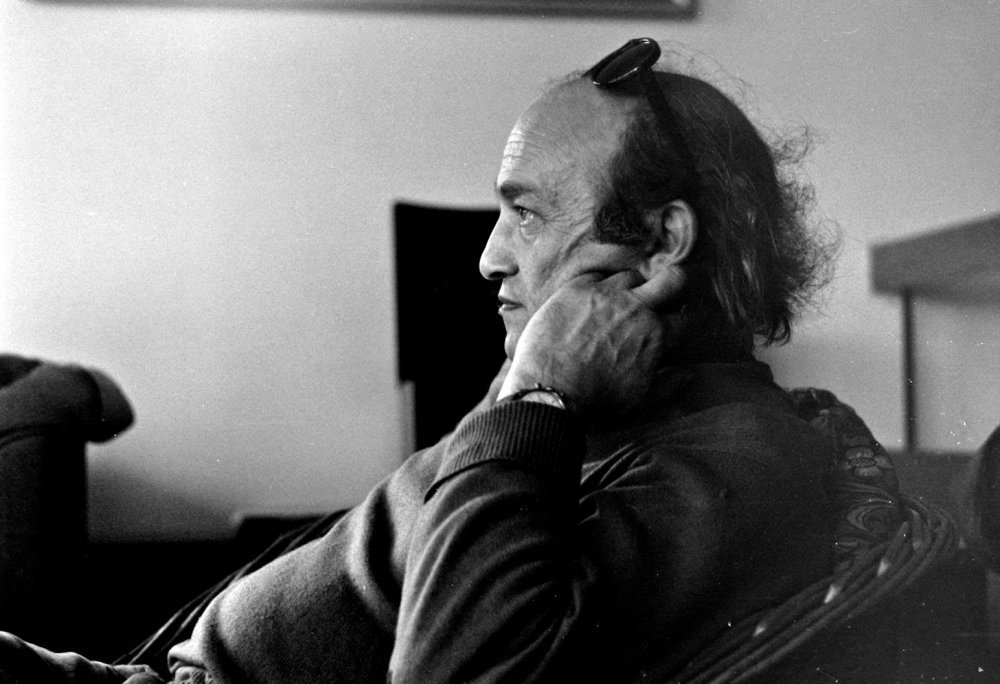 Here at the BFI we were sorry to hear of the death last Friday of screenwriter and director Anthony Simmons. We were lucky to have worked with him on several archival projects in recent times. In any event Simmons’ film and TV career deserves warm tribute – and closer attention than it’s generally had (the most notable published writing on Simmons to date is an interview and article by Andrew Spicer and Josephine Dolan, concentrating on his features, and a book chapter by Michael Brooke, concentrating on his documentaries).

On one hand, Simmons’ career well illustrates the reality of being a working filmmaker – so easily misunderstood by reducing careers to the sum of their better-known credits (especially problematic in the case of the British industry, currently stable and strong but in the past so susceptible to boom-and-bust). Simmons worked on numerous different categories of filmmaking – from features and fiction shorts to documentaries and sponsored films, TV shows and commercials (providing him with much of the income that kept the rest of his career going) as well as writing novels. Some films he saw to completion, others never made it past pitching; some were deeply personal projects, others professional undertakings in which he injected as much of himself as appropriate.

On the other hand, while it would be disproportionate to portray Simmons as a neglected great, there’s much about his work that’s not only admirable but also unusual to the point of unique (again, in a UK context especially). Many tributes are likely to focus on Simmons’ three best-known features, Four in the Morning (1965), The Optimists of Nine Elms (1973; available to watch on BFI Player) and Black Joy (1977), about which much can – and I hope will – be said by other obituarists. 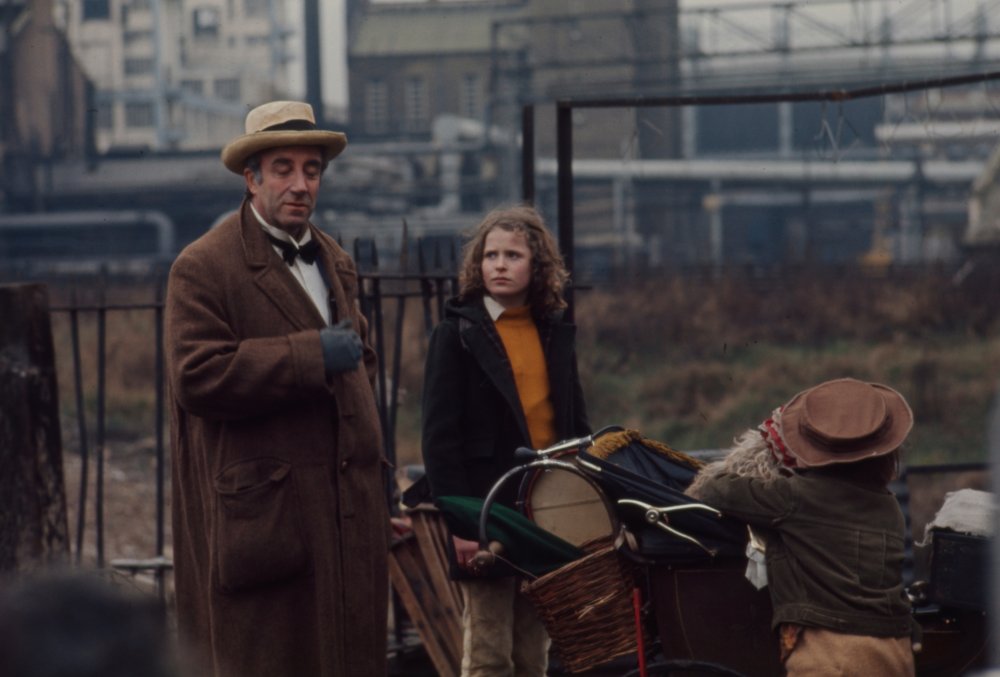 But here I will concentrate on other parts of the oeuvre; essential context, I’d argue, for understanding the aforementioned trio. Simmons was notably quick, in conversation with me and other interviewers, to stress how important were his origins in short-form documentary and the influence not only of Humphrey Jennings but also of international documentary giants Robert Flaherty, Joris Ivens (whom he met) and Joseph Strick (whose Muscle Beach (1948) influenced Simmons’ 1953 film Sunday by the Sea), plus the Italian neorealists (again he’d met several, during a period in Rome) and even the early films of Michelangelo Antonioni. Location filmmakers all, they fed into the ‘impressionist-realist’ feel running through many of Simmons’ films, taking an identifiably English form but one found in few British contemporaries. Simmons was, among other things, one of the great London filmmakers.

He was himself East London-born, Jewish and working-class. His father’s original Polish name was Anzulowsky. One of his schoolmates, incidentally, was Ken Gay, documentary correspondent for Films & Filming magazine and films assistant at the National Coal Board; I believe they remained in touch until Ken’s death last year. For a thorough account of Simmons’ early working days – coming out of university and war service into simultaneous pursuit of legal training, left-wing politics and amateur filmmaking – I recommend the articles mentioned above. But to cut to the chase: Simmons’ first film was Bulgarian Village (1948), a unique collaborative documentary project filmed in a rural community in the newly established Eastern bloc state. Brooke’s article explicates the film’s fate: in short, Simmons completed editing the picture and writing his voiceover script but was unable to record the soundtrack, so it was never publicly released. However, the cut picture neg made its way to the BFI and five years ago we were able to present the restored film with Simmons present for its belated ‘premiere’. It’s an unusual film in terms of its subject and stands up very well in terms of its craftsmanship. 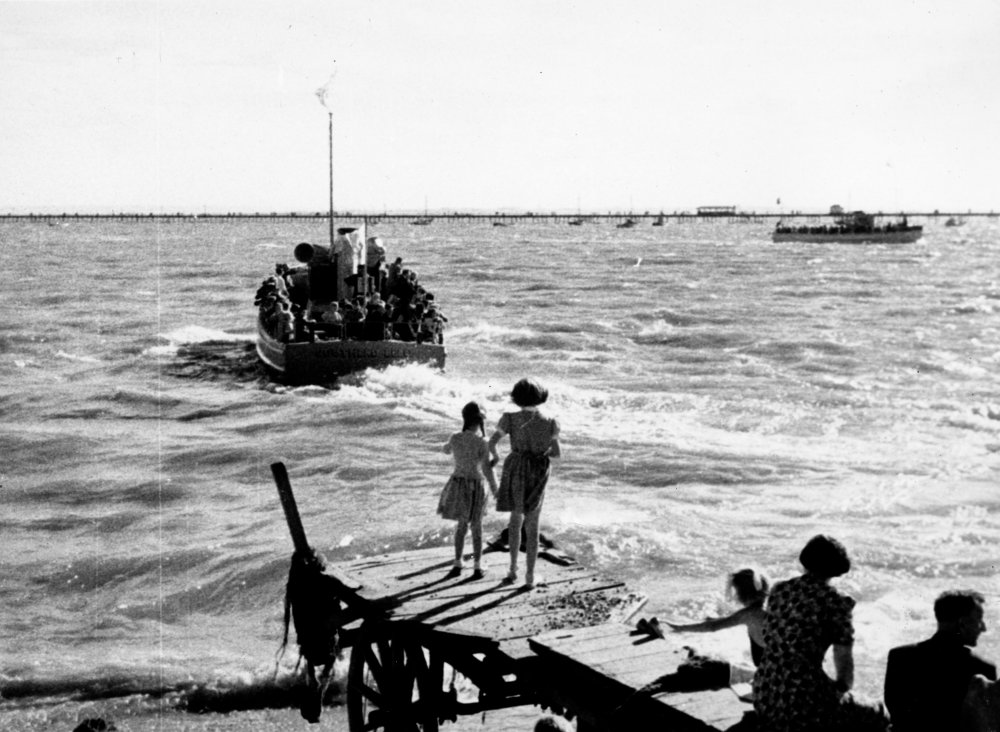 But Simmons’ breakthrough was his pair of short ‘Cockney-mentaries’: Sunday by the Sea (1953; available on the Shadows of Progress DVD set) and Bow Bells (1954), filmed in Southend and the East End respectively, both setting footage of Londoners’ lives to a music-hall soundtrack. In their unpretentious way, they’re important films without any direct parallel – though I’m far from the only person to make a pointed contrast between Sunday by the Sea and Lindsay Anderson’s O Dreamland (also 1953), similar on paper but radically different in practice. For my money, Simmons’ lesser-known effort is superior, artistically and morally. It’s certainly unusual to find such resolutely independent filmmaking that’s so cheerfully populist. In his book The Politics of Documentary, Michael Chanan argues: “Anderson’s eye is that of an outsider, alienated by what he films, while Simmons offers an insider’s vision of working-class conviviality… only a step away from political solidarity.” Simmons told Michael Brooke: “I came from the East End, I liked the East End, and that’s what we filmed. Lindsay didn’t like the East End, or any end, and that’s what he filmed.” 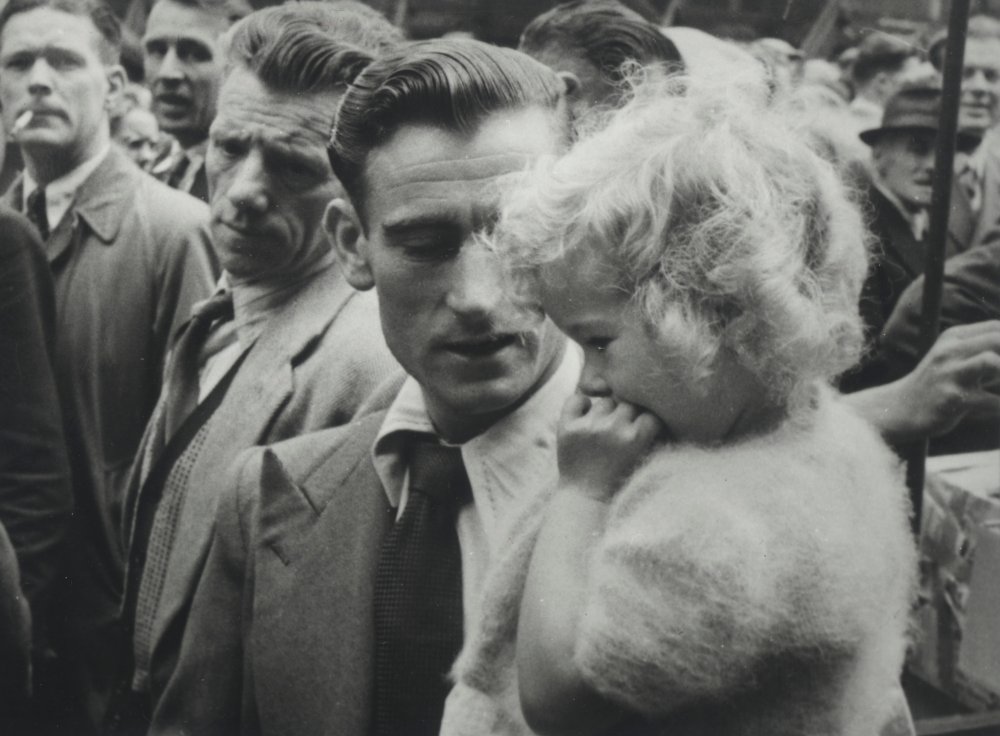 Simmons was always keen to champion the neglected importance of producer Leon Clore as the generous ‘godfather’ of not just these two documentaries but of much worthwhile filmmaking of the time. Such varied contemporaries as John Krish, Sarah Erulkar, Jack Gold and Joseph Losey, as well as Anderson and his Free Cinema cohort Karel Reisz, were intermittently under the same roof in broadly the same period. Interesting mix! Krish, one of the best filmmakers working in the ‘mainstream’ sponsored documentary tradition, was openly opposed to what he considered Free Cinema’s self-indulgence and slack craftsmanship whereas Simmons (I sense) was more ambivalent. Certainly he was never directly part of it. He shared Reisz’ enthusiasm for unscripted shooting but neither the tonal quality of Free Cinema nor its overt hostility to ‘establishment’ documentary. Brooke reports that Simmons almost ended up making a British Transport film under one of those ‘establishment’ figures, Edgar Anstey, and to me he spoke warmly of the encouragement offered him, coming into the film business, by another, Donald Alexander, whom he knew through leftist politics. The broader point is that the sharp lines so easily drawn up in hindsight between film sectors, movements and tendencies often don’t reflect the mixed mileu in which they actually occurred.

Dispute (1960), written by Simmons for another Clore director is worth a footnote: an industrial relations training film whose plot device (so Simmons cheerfully boasted) was nicked from Akira Kurosawa’s Rashomon (1950)! Like many Clore people, Simmons also made numerous commercials, initially as part of Clore’s advertising production company Film Contracts. Brands Simmons is known to have worked for include Kraft, Players, Martini and Mothercare. The varied workload continued to proceed through the 1960s, 70s and 80s in parallel with Simmons’ intermittent feature film directing, and latterly with TV work including two Play for Todays and episodes of The Professionals, Super Gran, Inspector Morse, A Touch of Frost and more.

For Brooke, this potentially perplexing career is defined by “interest in the lives of individuals and communities… allied to an unfashionably optimistic attitude… [and] sympathy for the underdog… rarely idealised or sentimentalised”. On a personal note, while I won’t claim a close friendship, I enjoyed meeting Tony many times over several years. He was friendly, unassuming and an engaging conversationalist, who happily indulged me plundering his memories of the postwar film industry, but clearly dwelt in them at first hand far less than I did at second. He seemed affectionate towards the past but not especially nostalgic, and obviously more stimulated by the world around him.

Nor (as far as I could tell) did he harbour any bitterness at all about the numerous missed or denied opportunities littering his career, as they litter many others. Instead he enthusiastically looked to the future. He continued writing all his life: five years ago he showed me two scripts (good ones) that he was starting to pitch to funders. He was, in short, an incurable London optimist.

Anthony Simmons leaves his second wife, six sons and three grandchildren. One of his sons points out the apt irony that Tony was writing his memoirs and had got as far as his first film, Bulgarian Village – and died with this section unfinished, just as he was unable to finish the film itself first time round. And I’m solemnly assured that on the day Tony died he wrote in his diary an old, but good, Cockney joke: “It wasn’t the cough that carried him off, it was the coffin they carried him off in”! May he rest in peace. 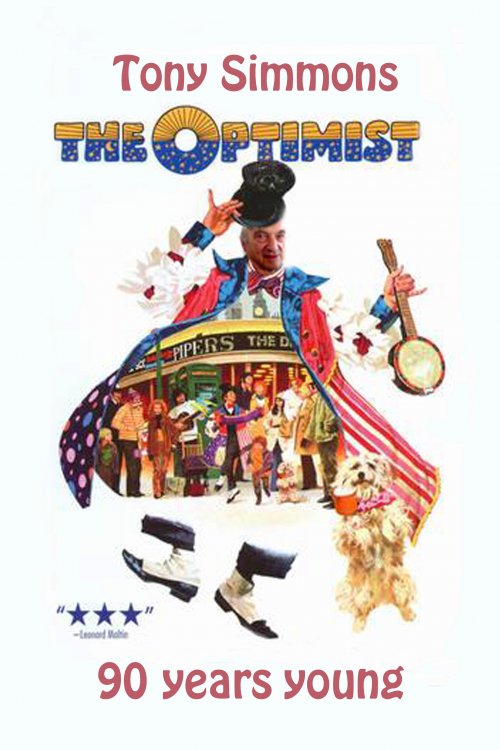