The rich Halas & Batchelor collection held by the BFI National Archive has played a central role in understanding British animation production from the early 1950s.

Animal Farm, Britain’s first animated feature to be released, is pivotal to our understanding of animation in the rest of the 20th century and of vital importance to my role as animation curator at the BFI National Archive.

When they started production on the film, co-directors John Halas and Joy Batchelor already had a decade’s worth of experience of running their own company. Through a series of cinema commercials, training films, and public information shorts they had built a reputation as the leading animation company in Britain, with aspirations beyond those borders. Tellingly, they had also revealed their wider ambitions for animation as an artform through independent abstract shorts such as The Magic Canvas (1948). But gearing up for a feature based on George Orwell’s popular novella was something altogether different … 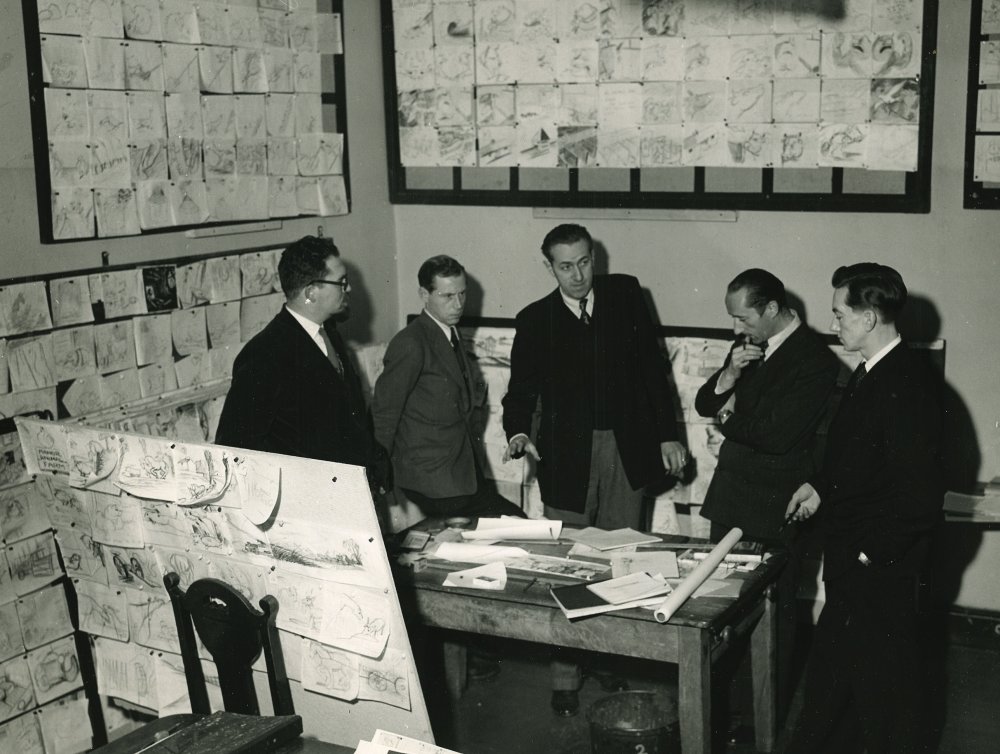 Most recent attention to the film has come from research into its covert part-funding via the CIA, which is a fascinating story but has unfortunately overshadowed the creative efforts behind the film. Infamously, the film alters the ending of the story from Orwell’s original pessimistic return to the status quo to a more open-ended finale in which the rest of the animals rise up against the pigs. You could speculate that even conventional film backers would have asked for a more ‘family friendly’ outcome, and Halas and Batchelor resisted many of the more insidious requests from their mysterious investors – such as putting a Stalin-esque moustache on Napoleon (see Orwell Subverted by Daniel J. Leab for the full story).

While finding a long-lost ‘smoking gun’ letter personally written to Halas and Batchelor from the US president demanding they stick it to those damn commies and change the ending would be very nice, personally I would swap it for a full list of animators who worked on the film. Thanks to a new digital remastering of the film by RRsat Europe Limited, this release gives us an opportunity to see afresh the craft of the animators, designers, and technicians that came together to work on this production.

In a column about the recent establishment of the BFI Aardman Animation Development Lab in Sight & Sound, BFI Film Fund Director Ben Roberts describes the increased importance of visual development alongside the screenplay for animation, when compared to a live-action feature. The arrival of the Halas & Batchelor Collection at the BFI National Archive in 2010 was significant for our understanding of British animation because it compromised a wealth of papers, drawings, photos, scripts and cels, alongside thousands of film cans. 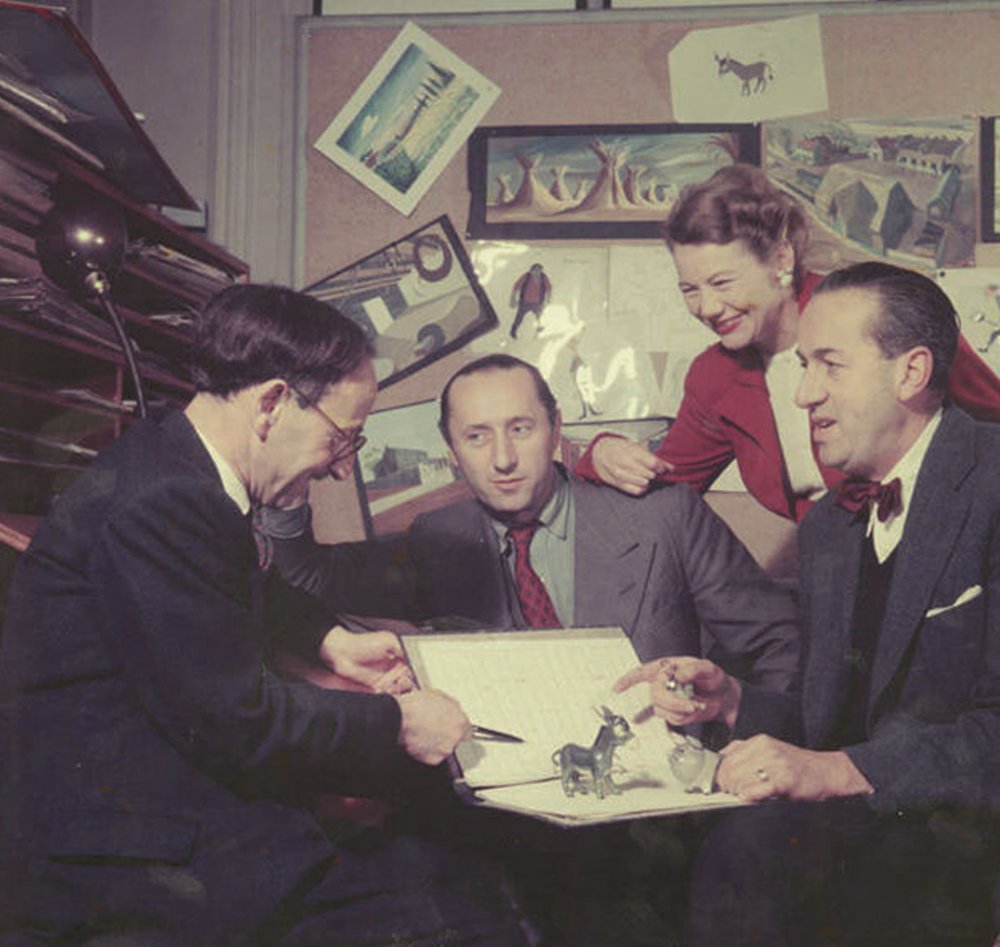 The talent on the film was a mix of old and new faces for the company. Mátyás Seiber, of Hungarian origin like John Halas, was a frequent collaborator from the company’s very beginnings until his untimely death in 1960. With an eclectic musical toolkit at his disposal, comfortable with folk, jazz, classical or modernist music, he was the perfect accompanist to animation. His contribution to building the themes, moods and tensions of the film was fundamental to its whole development. 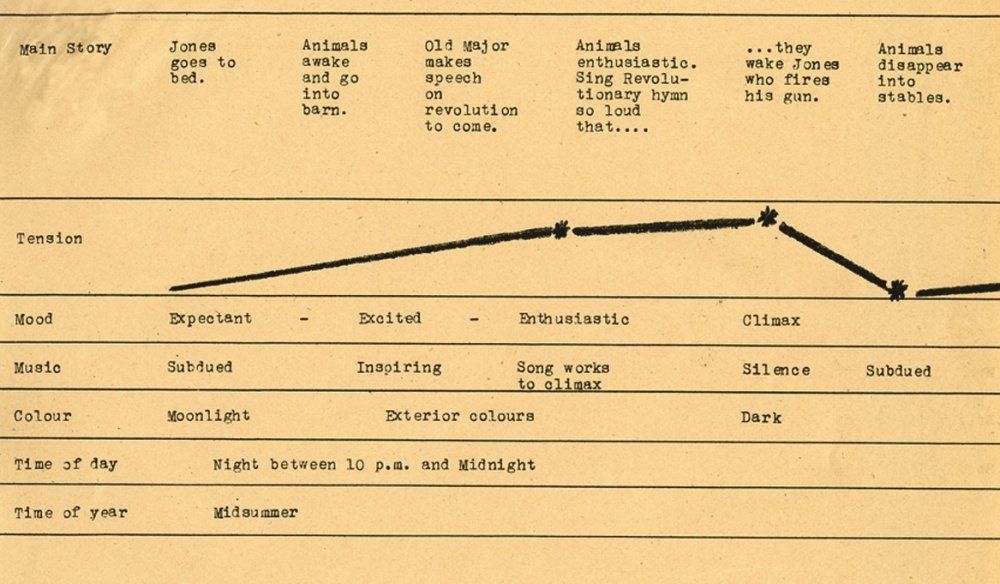 A tension chart was mapped out for the story with indications for how music and even colours would contribute to the story. Animal Farm was ‘built’ from a combination of the narrative needs of the story, research trips to contemporary farm buildings, and mood sketches representing the more emotional needs of the scenes. 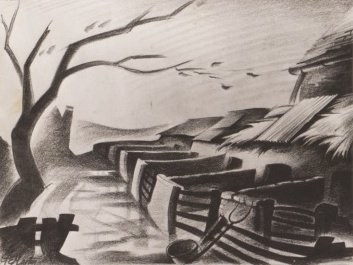 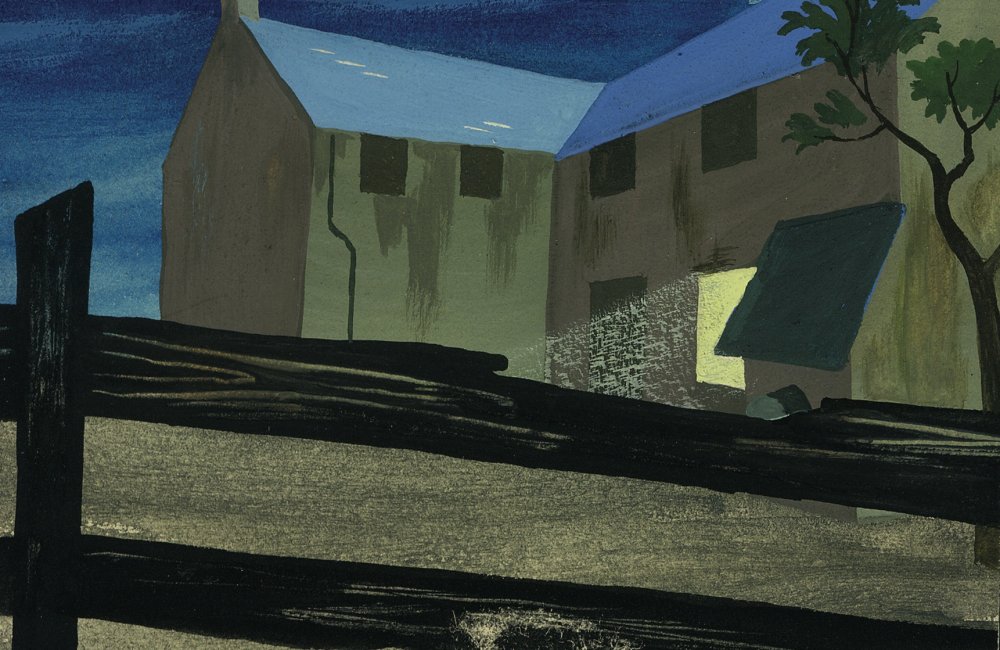 All this would be pulled together to create the final layout designs which would be signed off and then act as guides for the animation drawings. Everything had to be precise to make sure that the finished inked and painted cels would line up properly when placed on to the final coloured backgrounds, so that Old Major could lay properly on his bed to address the other animals, for example. 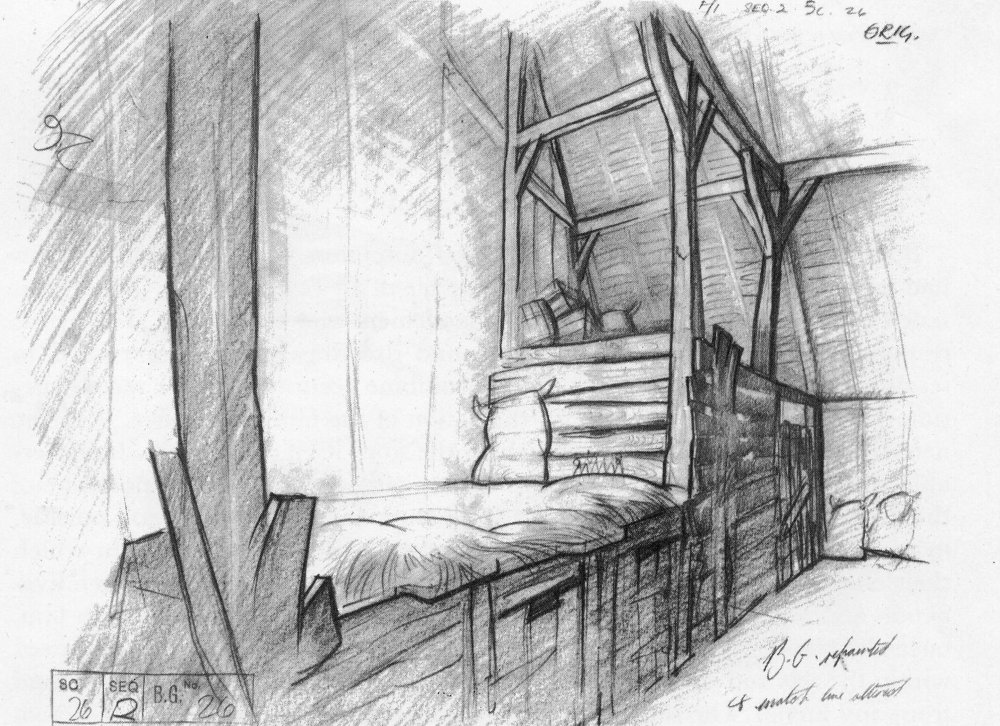 Those drawings were produced under the guidance of ex-Disney man John Reed, who had first been brought over to Britain to work at Gaumont-British Animation with David Hand, supervising director of Snow White and the Seven Dwarfs (1937). Four of the five lead animators on Animal Farm came from the recently closed GB-Animation experiment, which had been bankrolled by J. Arthur Rank to take on US animation until it quickly became clear that profits would never be forthcoming. The fifth was Harold Whitaker, who I was very happy to meet on a few occasions. I can still remember his sense of awe while sharing the typewritten “sweatbox notes” where John Reed analysed Harold’s rough animation line tests. 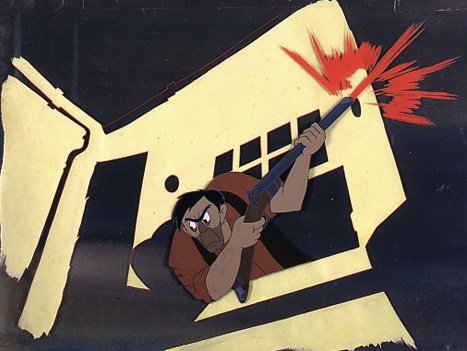 We are still in the process of discovering the depth of the collection, and are indebted to the generosity of Halas and Batchelor’s daughter Vivien Halas for her insight into, and passion for, the work of her parents.