Andrei Tarkovsky’s seminal sci-fi, about a trio of travellers searching for wish fufillment by crossing into restricted territory, made a dystopian malady of life in the then Soviet Union. Forty years after the film’s release, Patrick Gamble heads to Estonia to track the Stalker, the Writer and the Professor in his own attempt to get into the Zone. 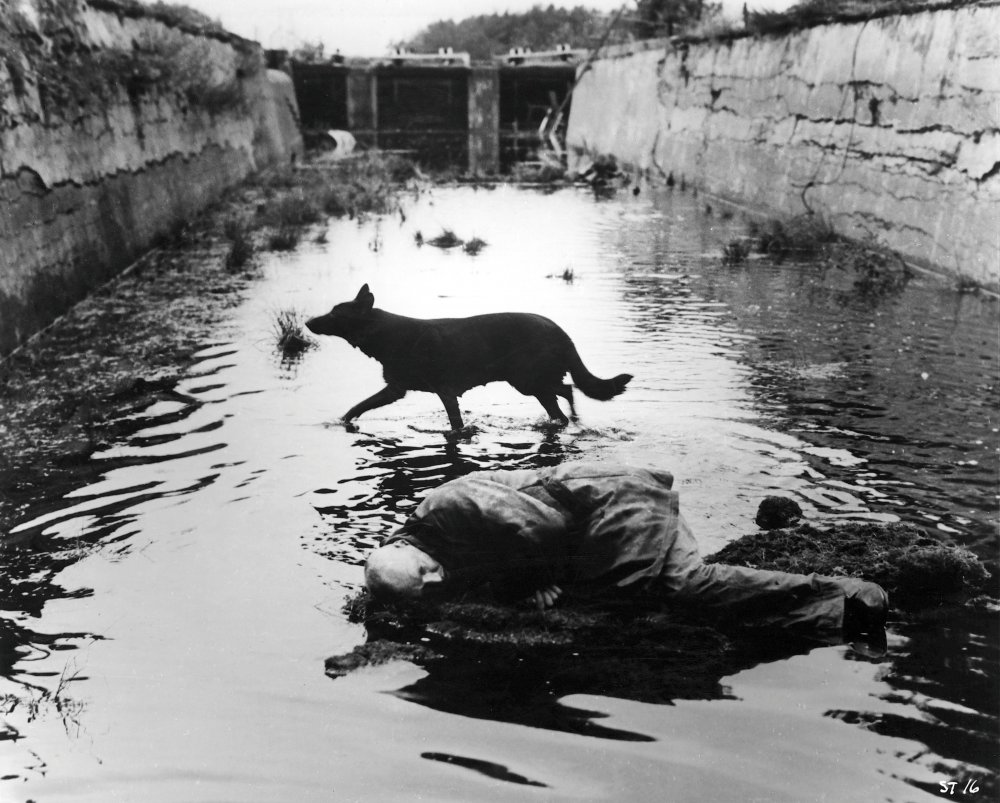 Forty years ago Andrei Tarkovsky completed the final film he would make in the Soviet Union: his seminal science-fiction drama Stalker. A loose adaptation of the Strugatsky brothers’ Roadside Picnic, Stalker’s synopsis is remarkably simple: a guide — known as a Stalker — takes a writer and a professor into a forbidden zone in search of a room that’ll make their deepest wishes come true. The starkness of this plot has resulted in countless interpretations of the film’s elusive meaning, from the director’s usual preoccupation with the sacredness of the family unit to prophesying the collapse of the USSR. One intriguing interpretation is that it is a film about the crossing of borders, be it the physical barrier these men must overcome to enter the Zone, or the Soviet systems that constrained Tarkovsky throughout his career.

Tarkovsky shot Stalker in and around the Estonian capital of Tallinn, a city with a long history of invasion and occupation. Now regarded as one of Europe’s most progressive cities, Tallinn arguably remains a place with a fractured identity, a fragmentation visible in its architecture: an eclectic mix of medieval and contemporary buildings surrounded by the brutal housing blocks of its Soviet past. Estonia wasn’t Tarkovsky’s first choice for the Zone. He initially intended to film around an old Chinese mine in the Tian Shan foothills near Isfara in Tajikistan, but an earthquake months before the film went into production rendered the location unusable.

Forty years on and it’s hard to imagine the Zone being anything other than a damp, verdant landscape. This aesthetic has gone on to influence an entire sub-genre of dystopian sci-fi films, from straight-up pastiches such as Aleksei Balabanov’s Me Too (2012) to modern thrillers like Alex Garland’s Annihilation (2018) and John Hillcoat’s The Road (2009). Some have even hailed the film’s desolate vistas as foretelling the Chernobyl nuclear power plant meltdown of 1986, a theme later developed in the computer game S.T.A.L.K.E.R., which overlays key elements of Tarkovsky’s film with a post-apocalyptic Ukrainian backdrop.

Stalker is often referred to as Tarkovsky’s most troubled production. He spent a whole year shooting the majority of the outdoor scenes, only to discover on his return to Moscow that the film stock had been improperly developed and the footage was unusable. Then, upon returning to Tallinn to re-shoot the lost scenes, a freak summer snowfall delayed filming even further. However, perhaps more importantly, various members of the crew later claimed that it was the film’s unsafe shooting locations that led directly to the director’s early death.

Following in the Stalker’s footsteps, it’s impossible not to feel the weight of Tarkovsky’s legacy and the wider implications that Soviet censorship had on both individual and national identity. Searching for each of these locations requires crossing countless geographical and spiritual boundaries, with each new location encouraging dialogues about how the reverberations of the past can be felt in the architecture that surrounds us. Aware of the irony of embarking on a pilgrimage into the unknown in search of these elusive locations, I enlisted the help of the press team at the Tallinn Black Nights Film Festival, who provided me with a guide and a copy of Andres Lõo’s Stalking Stalker. Here is what I found: 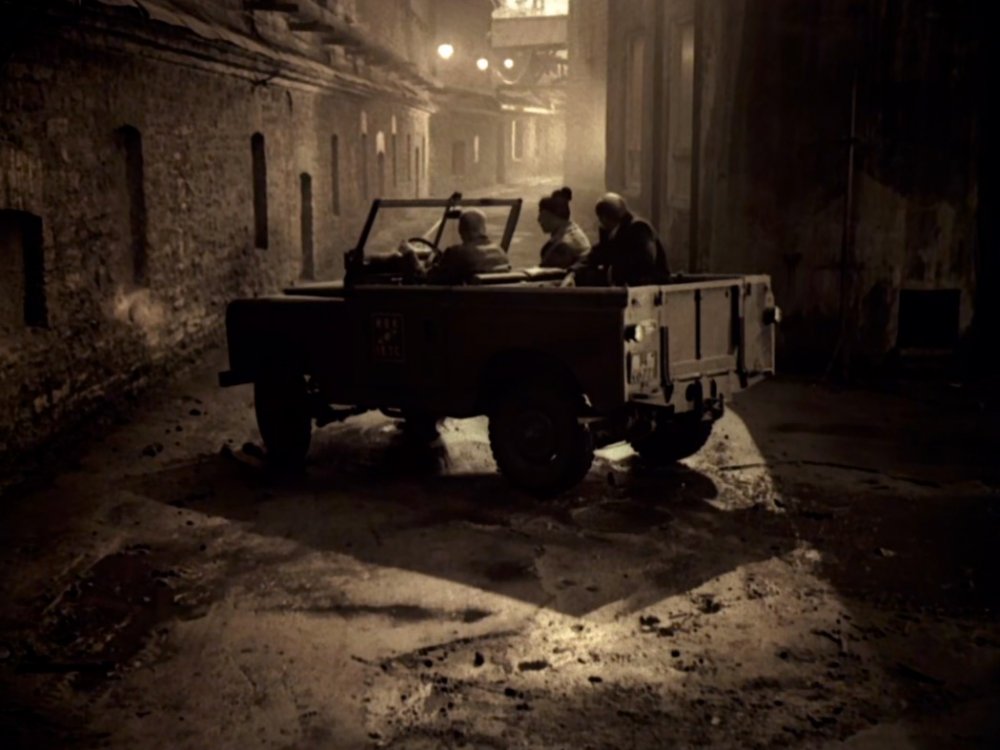 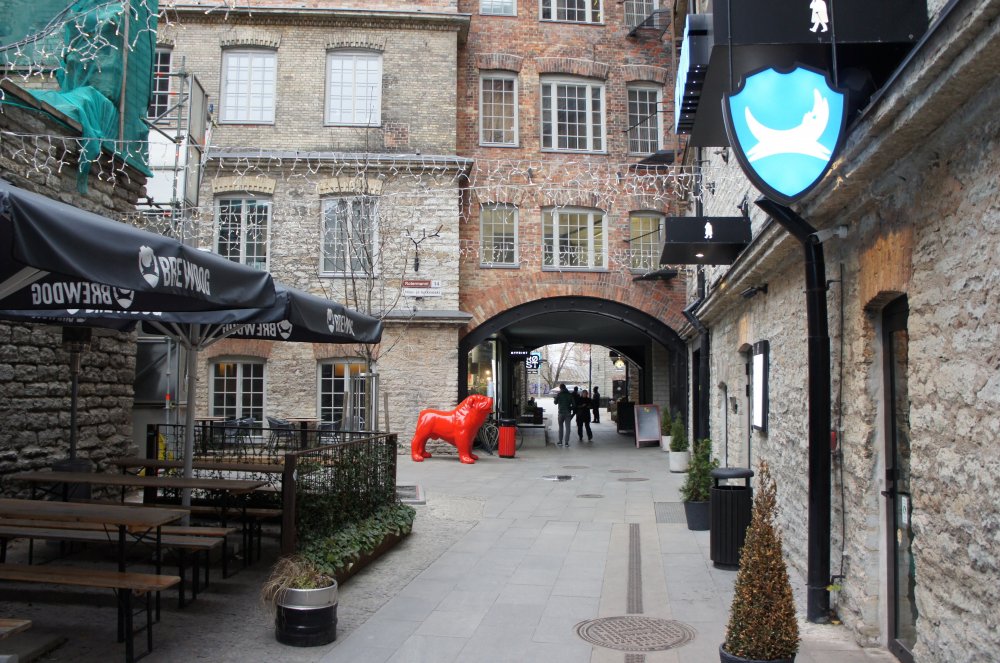 The majority of the Tallinn Black Nights Film Festival takes place in the Coca-Cola Plaza, a neon-lit monument to Estonia’s full scale adoption of free market capitalism. Behind this imposing multiplex lies the Rotermann Quarter. The area once housed a distillery and Tallinn’s largest mill, but is now filled with high-end fashion shops, cafes and even a BrewDog bar. The busiest of these streets is Stalkeri käik (The Stalker’s Path), named to reflect the area’s role in Tarkovsky’s film. It’s here, whilst driving towards the entrance of the Zone, that Stalker, Writer and Professor jump out of their jeep to hide after hearing the sound of one of the guard’s revving motorbikes. When Tarkovsky shot here the area was abandoned, and it stayed like that for over 30 years. Most developers would have torn these old factories down, but the area now combines old and new architectural practices, creating a futuristic landscape more in line with the dystopian city of Arkady and Boris Strugatsky’s novel than Tarkovsky’s post-apocalyptic wasteland. 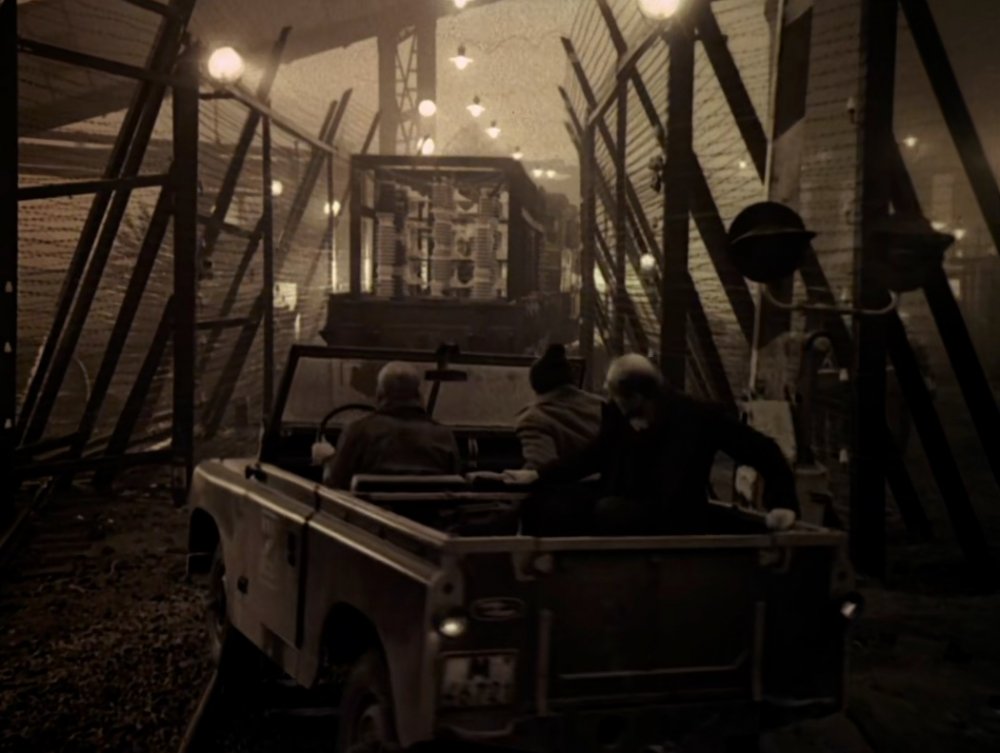 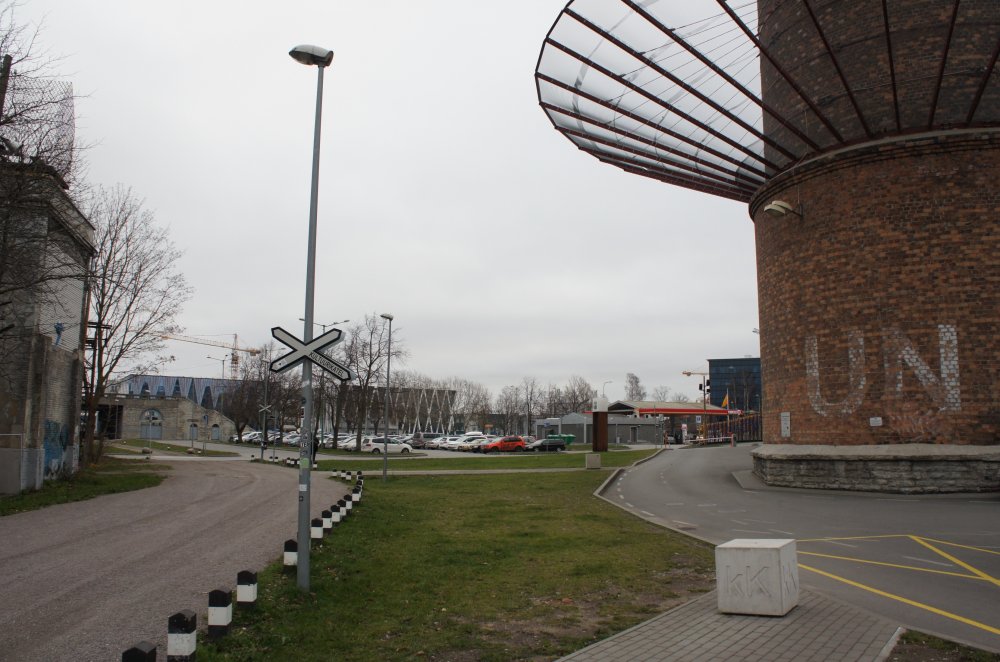 North of the Rotermann Quarter, straddling the border between the city’s medieval centre and its industrial port, lies Kultuurikatel. This imposing building used to be Tallinn’s Central Power Station, before closing in 1979. The building is now the city’s main culture hub and was even the venue for the first ever Stalker Festival, a multi-discipline event that combined electronic music, moving image installations and performance art to allow each guest to enter their own “perception zone”. The former power plant was chosen to host the festival due to its role as the threshold to the Zone. Bizarrely for a sci-fi film, Stalker contains virtually no elements that indicate the presence of alien life, with the only real suggestion that anything supernatural may have occurred being the security which surrounds the entrance to the Zone. It’s here, as a large freight train hovers into view, that Stalker, Writer and the Professor attempt to break into The Zone. As the train makes its way towards the barrier they slide their jeep into view and follow in its wake. While shooting the film, Tarkovsky had the UN’s acronym painted on the power plant’s chimney. Today the tracks have all been removed, but the UN remains. 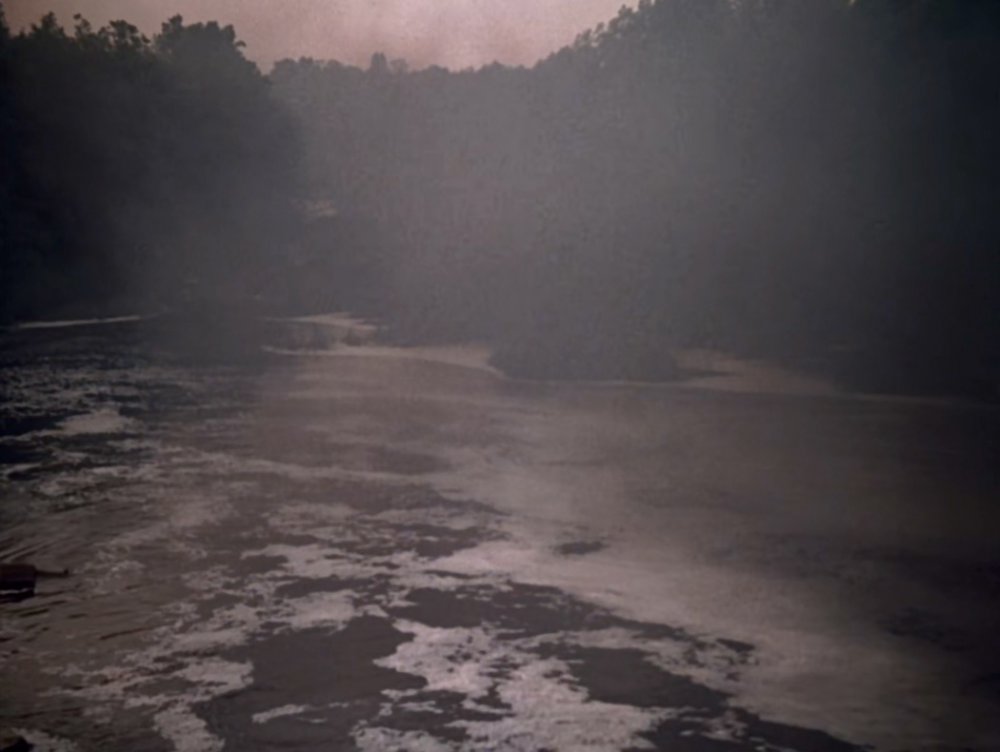 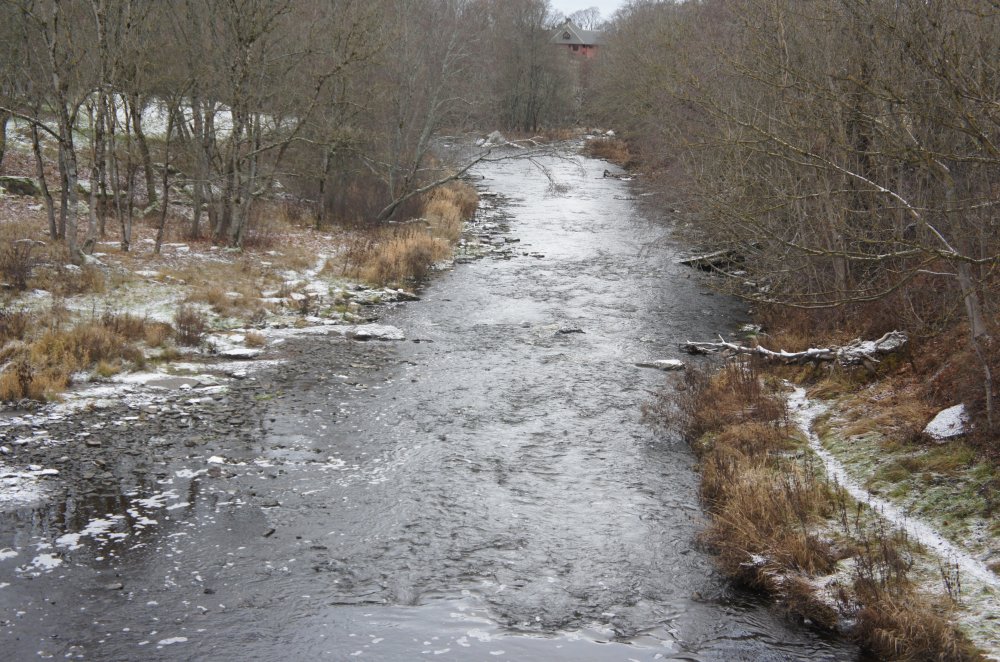 After this decidedly un-Tarkovskian action sequence the film switches into a more ruminative gear. What follows is perhaps one of the most hypnotic sequences in cinema history. Throughout the film Tarkovsky uses colour to differentiate between the different worlds, with the scenes in Stalker’s home city shot in dismal sepia and those in the Zone in color. There’s no jump cut or fade between the two. Instead a hypnotic tracking shot sees the film suddenly switch from sepia to colour.

Tarkovsky’s great obsession was time – he even called his book on filmmaking Sculpting in Time — and his films are famous for extremely long takes like this. But this tracking shot, accompanied by Eduard Artemiev’s atmospheric soundtrack, blurs the senses and, even after countless rewatches, it’s difficult to pinpoint the exact moment this transition occurs. Travelling by car from Tallinn to Jägala-Joa, where much of the Zone was shot, a similar illusion occurs, with the Soviet-era apartment blocks of outer Tallinn suddenly disappearing behind a wall of Scots pines and Norwegian spruces. The majesty of the Zone is subjective. At one point in the film Stalker refers to it as “The quietest place in the world”, whereas the Professor is less enthused: “Smells like a bog”. In reality, it’s neither, with the sound of the nearby highway somewhat diluting the area’s natural beauty. However, there’s certainly something eerie about the Jägala river, which many of the crew linked with Tarkovsky’s death. He died of lung cancer in December 1986 - the same illness that had already killed the film’s leading man, Anatoli Solonitsyn, and would later also claim his wife and directing assistant Larissa Tarkovskaya. The film’s sound designer, Vladimir Sharun, believed all three developed cancer by shooting downstream from a toxic chemical plant further up the river. 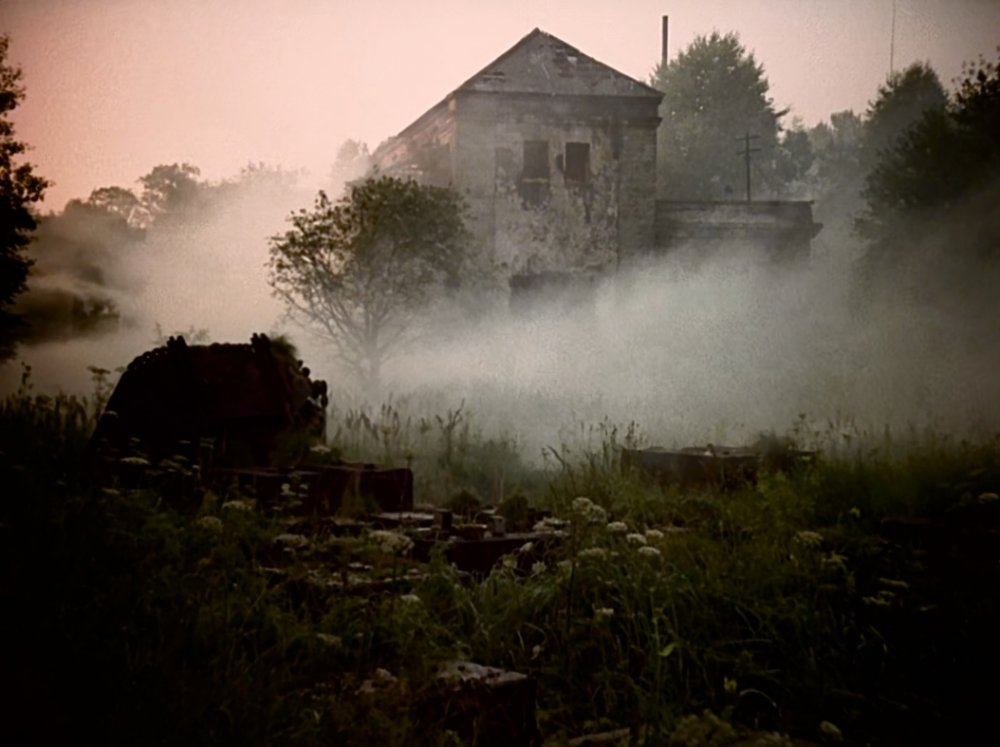 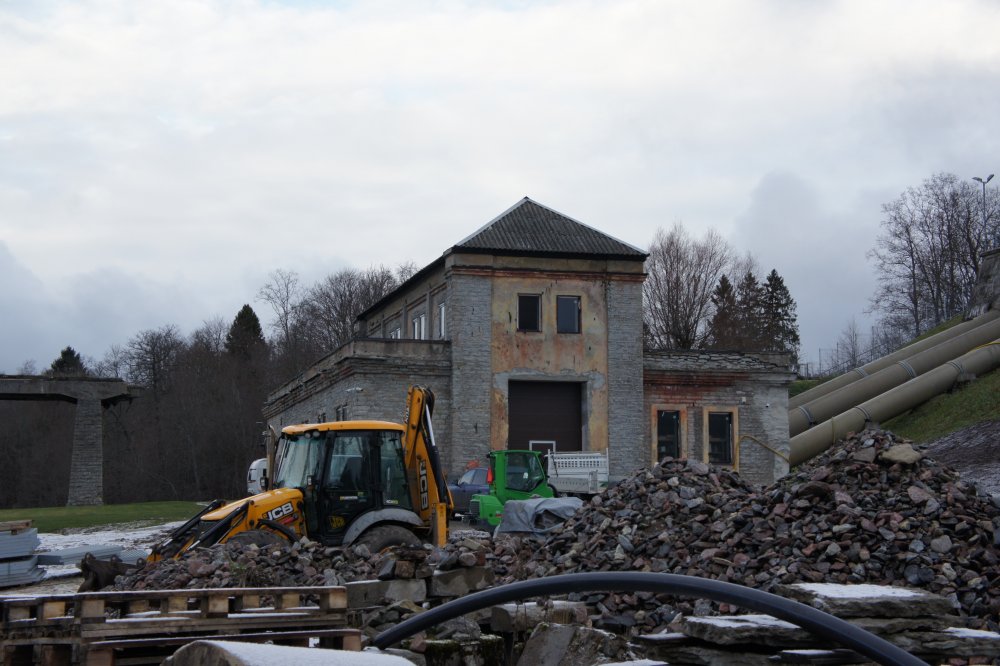 In the Strugatsky brothers’ novel, the Zone is identified as overtly alien, littered with technological artefacts. Tarkovsky’s film only shows human relics, the debris of the visitors already consumed and reclaimed by the natural landscape. The first building the men encounter is one of the two abandoned hydroelectric power plants used during the shoot. In 1979 the building was just a shell, due to it being partially blown up during the Second World War by the retreating Red Army. Since then, the building has undergone extensive renovations, but its large doorway and flat-roofed wings mean it remains instantly recognisable. It’s here that Writer, now growing impatient with Stalker’s philosophising, decides to flaunt the laws of the Zone and walk straight towards the Room. He strides confidently towards the building, but as the camera zooms in on the back of his head the audience can sense he’s experiencing a moment of trepidation. The idea of nature as a representation of the divine is central to all of Tarkovsky’s films, and as the wind bristles through the trees, as it does when Writer’s unconscious fear makes itself felt, there’s something irrefutably spiritual, perhaps even religious, about standing in front of this building. 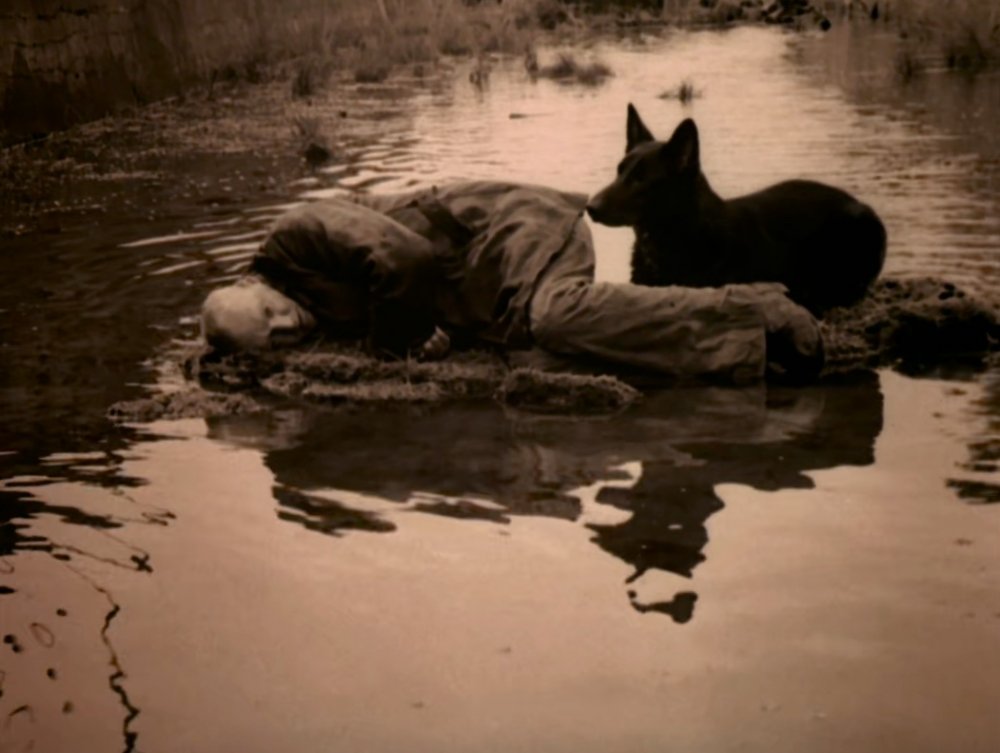 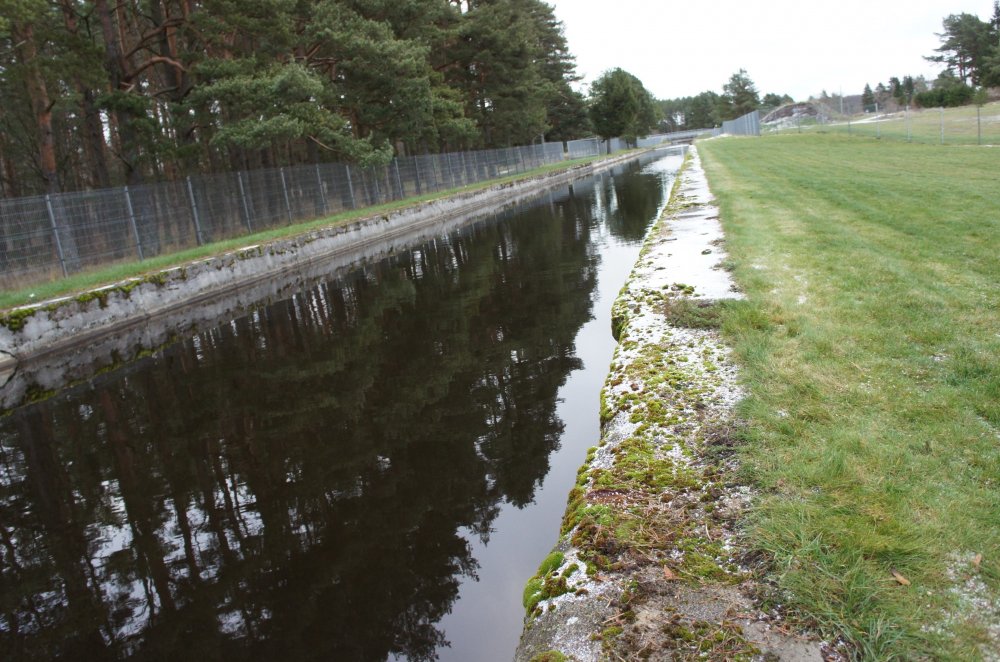 This hydroelectric plant was relatively easy to track down. However, searching for shooting locations in the Estonian wilderness is an almost impossible task. When Tarkovsky filmed here, everything was verdant and alive. Now, towards the end of November, the area is covered in the first snow of winter. It certainly doesn’t help that one of the film’s most memorable locations is now submerged in water. After temporarily losing their bearings, the three men fall into a pharmaceutical slumber, with the film slipping temporarily back into brown monochrome. Is this because they’re dreaming of home? Or does it symbolize how their hopes of making it to the Room are slowly slipping away? It’s here that Stalker first encounters the Zone’s black dog, who comes paddling along the murky river. Sadly the only wildlife to be found here are the unlucky creatures who have fallen into this canal. 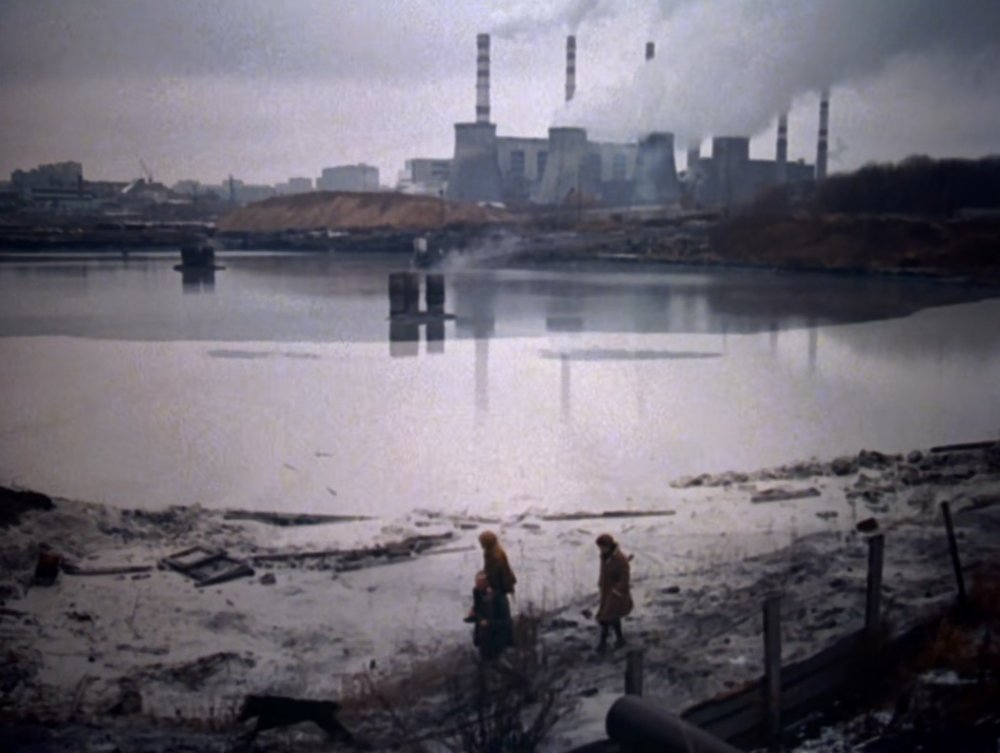 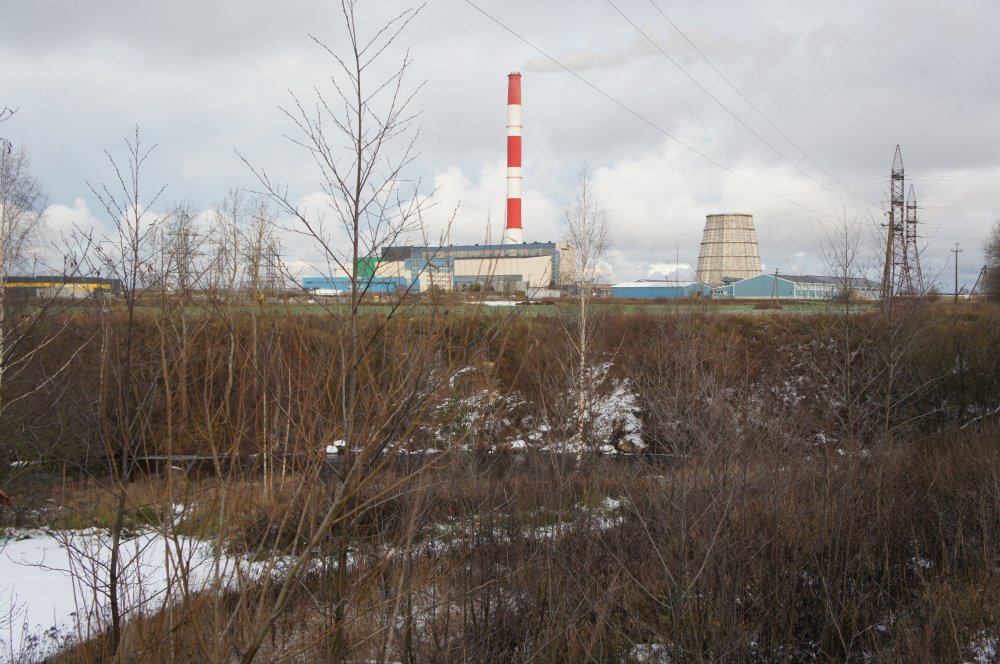 All journeys, regardless of their spiritual importance, must come to an end. Yet, despite the potential for an explosive finale, the three men leave the Zone without much fanfare, finding themselves back in the dirty, dilapidated bar where they first met. Stalker’s wife turns up with their daughter Monkey, and after a half-hearted attempt to rehome the Zone’s black dog with Writer or Professor, she reluctantly leaves with her husband and their newly acquired pet. As they walk home, Stalker carries Monkey on his shoulders and in the background a power plant affords the scene a desolate beauty.

Today, viewed from the Tallinn-Narva highway bridge, the Iru power plant is somewhat less imposing, having lost five of its chimneys. But, stood on the banks of the Pirita River, where the outskirts of the city meet the beginnings of the Zone, it’s hard not to feel like you’re returning with more questions than answers. But perhaps that’s the real magic of the Zone, to leave us hungry for knowledge? In the film, Stalker comes home empty handed, but as he engages in a conversation with his wife, the camera moves towards the couple’s daughter. She sits motionless at the kitchen table as three glasses begin moving by themselves. Is she using psychic powers? Or is there something else at work? Either way, it appears that the miracle Stalker was searching for was waiting for him at home all along.