Described as ‘the unholy marriage of Ingmar Bergman and David Lynch’, two films by New York indie director Josephine Decker are coming over for a tour of the UK. With Decker herself on stage at Q&As across the country, it’s an innovative release strategy tailor-made to get new audiences excited about a bold young filmmaker. 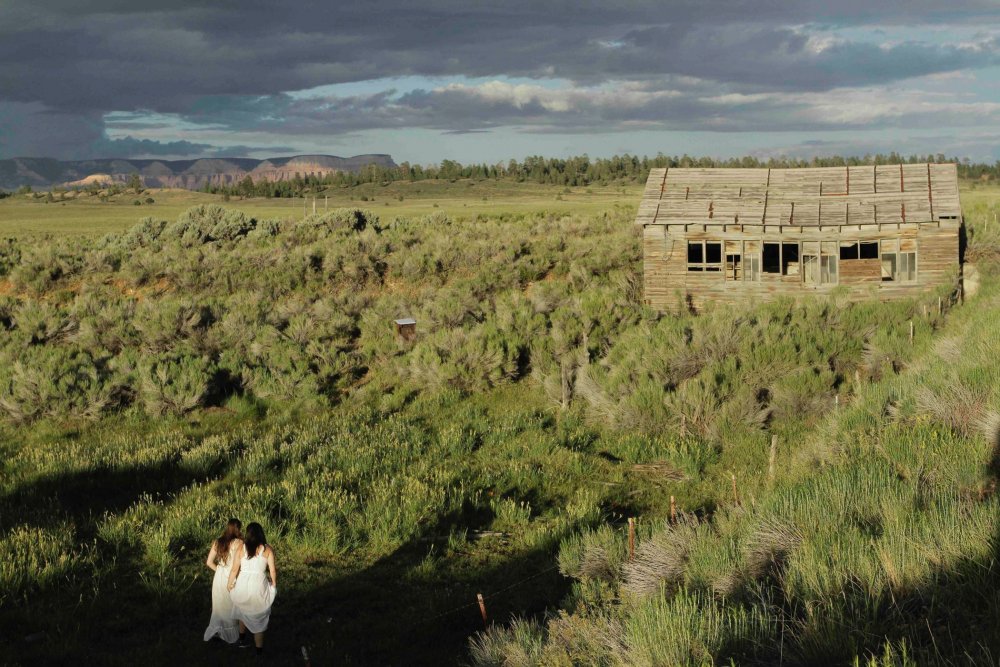 Two Films by Josephine Decker begins its tour at BFI Southbank on 1 August 2015.

“The idea that programmers would become risk-averse is a terrifying prospect for film culture,” Jemma Desai, Independent Cinema Office

In an overstuffed theatrical market, what exactly is the best way for a small film to stand out? With up to 23 films released theatrically in a single week, it seems unrealistic to expect independent films – and, in particular, first features with unknown casts – to compete with big budget franchises and star vehicles supported by hefty marketing spends. Yet, recent times have seen a surge in a DIY approach to distribution, with smaller organisations exploring alternative ways of bringing independent films to audiences.

The Independent Cinema Office (ICO) are one such example, bringing New York-based performance artist and filmmaker Josephine Decker and her two feature films, Butter on the Latch (2013) and Thou Wast Mild and Lovely (2014), to UK cinemas. The ICO are taking the double bill (or Double Decker, if you will) “on tour” across the UK in an “audience development experiment” that eschews a traditional release strategy in favour of working with local outlets and starting conversations. This, ICO film programmer Jemma Desai hopes, will “dethrone lazy criticism”, and encourage audiences to think outside of the reductive metrics of star ratings decided by (usually white, male, middle-class) newspaper critics. 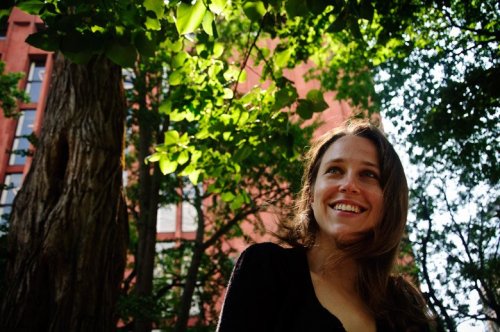 Funded by the BFI, the ICO devises centralised film programmes and industry training for cinemas across the country, aiming to promote diversity in exhibition content, audience and location. Yet, according to Desai, diversity can be difficult to enact.

“A lot of venues are alienated by Diversity with a big D,” says Desai, who hopes that this tour will encourage cinemas to step out of their comfort zones.

Decker herself is used to stepping outside of her comfort zone. She describes the US release as “very performance-based”, describing “tea parties and ballerinas and musical surprises” and – her favourite – an experiment in which six filmmakers took sexual fantasies submitted anonymously by the live audience and ‘interpreted’ them for film. She recalls Celia Rowlson-Hall’s film with fondness, describing “one woman’s desire to dance closely with Robert Redford” as translated into “a room full of televisions playing every film Redford had ever been in, with the woman slowly crawling across all of them”. 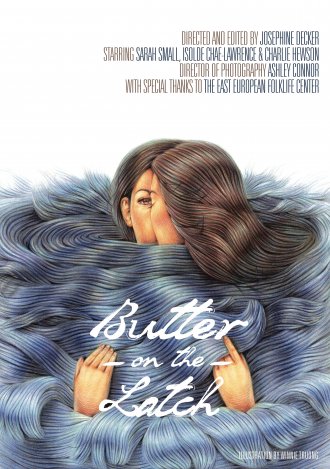 “The idea that programmers would become risk-averse is a terrifying prospect for film culture,” says Desai. Indeed, taking Decker’s films on tour is a risk: historically, American indies don’t sell unless they are star driven. Decker’s films, described by IndieWire as “the unholy marriage of Ingmar Bergman and David Lynch”, contain no known actors (with the exception of mumblecore director Joe Swanberg’s appearance in Thou Wast Mild and Lovely).

With this double-header, the ICO wanted to create “a festival-like situation”, which would allow them to focus on one value-added screening at a time. There’s something to be said for the added-value screening – introductions, Q&As, panel discussions and programme notes add context, providing helpful entry points into films that unacquainted viewers might find difficult or obscure. Having confidence in your audience is key, Desai says, though not without one caveat: it’s important to be open to the fact that the perceived target audience isn’t the only set of people who will respond to it.

“As a programmer, you need to think about who you’re already speaking to, and who you want to speak to,” curator Gaylene Gould once told Desai. In other words, it’s fine to focus your efforts on an existing captive audience, but that audience can always be grown. Desai saw Decker’s films at the Berlin International Film Festival in 2013. Seeing something special and surprising in Decker’s craft, she brought the films to the BFI London Film Festival. The ICO decided to distribute Butter on the Latch and Thou Wast Mild and Lovely, but Desai says they didn’t want to do the traditional release cycle. “We didn’t want to just do an old-fashioned tour – we’re trying to speak to new audiences,” by changing both their programming and their approach. 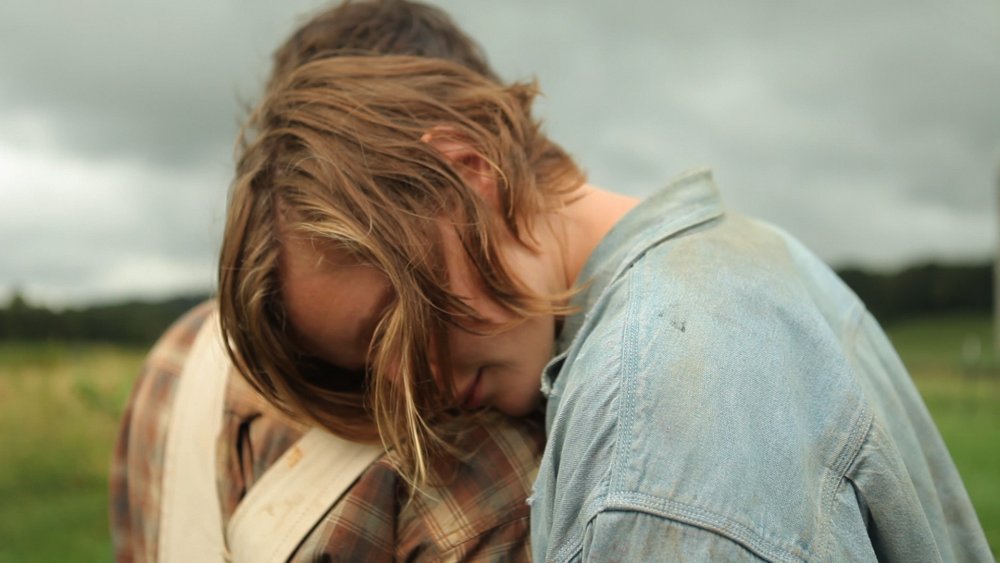 Decker’s films are not easily categorised, shifting between the disparate genres of mumblecore, horror, erotic thriller and art film. Yet Decker is a young white woman on New York’s indie scene and the conversational tone of Butter on the Latch has drawn inevitable comparisons with the work of Lena Dunham (another young white urbanite woman). It is taken for granted that Decker’s audience is made up of people like herself, something that Desai is keen to disprove. Her strategy is to accompany the tour’s London screenings with themed post-screening discussions that “dismantle panellism” and challenge assumptions about who deserves to speak on stage.

Decker is looking forward to this “deeply encounter-oriented” tour. “I basically would love to just have adventures with the audiences in the UK, speak honestly with them, hear their film fantasies and share mine – and play together,” she says.

Watch the trailer for the ‘Two Films by Josephine Decker’ tour

The BFI leg of the tour will include a panel discussion about female friendship following Butter on the Latch featuring Grace Ladoja (director of music videos for artists including Skepta and FKA Twigs), black feminist activist Chardine Taylor-Stone and Decker herself, chaired by Desai. Thou Wast Mild and Lovely will be followed by a panel with Decker, Appropriate Behaviour director Desiree Akhavan and Honeytrap producer Catrin Cooper, chaired by Selina Robertson of feminist collective Club Des Femmes.

By bringing together an unexpected assortment of speakers and taking particular care to highlight the voices of women of colour in a context that has nothing to do with race, Desai’s hope is that the ICO can facilitate cultural exchange, shorten the distance between the films and the audience, and disrupt the idea of the cultural gatekeeper.

The tour will begin at BFI Southbank, travelling to Glasgow, Belfast, Manchester, Sheffield, Bristol and Brighton before landing back in London for ‘Dreaming of Decker’, a “symposium of artists’ films, discussion and reveries curated as a final reflection on the ICO Two Films by Josephine Decker tour”.