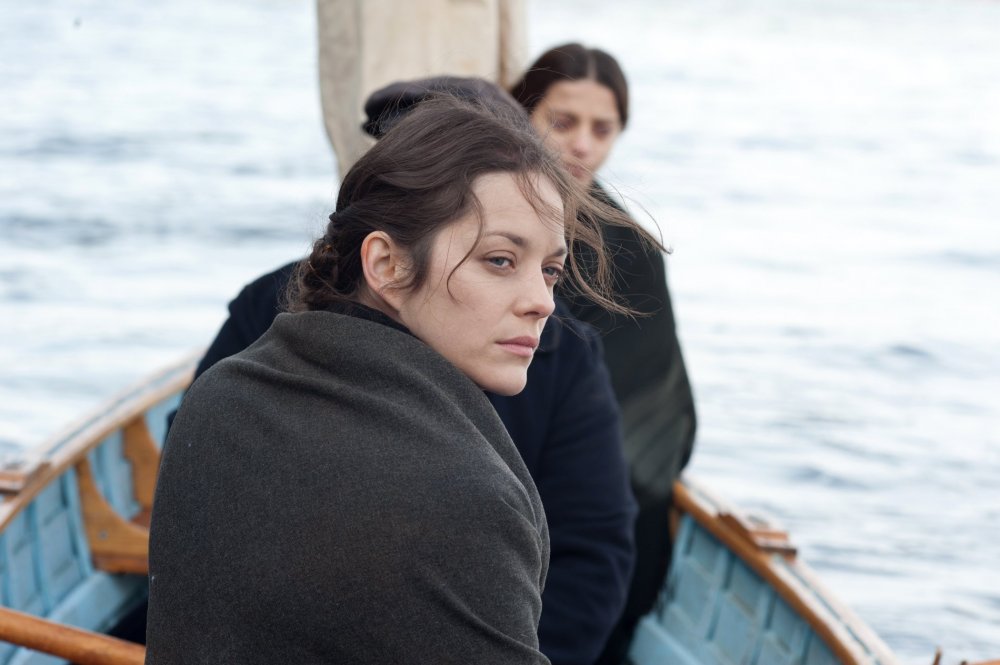 Until going up the jungle in The Lost City of Z (2016) and now into deep space with Ad Astra, the films of American director James Gray – from Little Odessa (1994) to Two Lovers (2008) – all told stories of New York, with many focusing on immigrant families. His 2013 ode to classical melodrama, The Immigrant, was the culmination of that interest.

Set in 1921, it sees Polish immigrant Ewa (Marion Cotillard) tricked into a life of Manhattan burlesque and prostitution as she tries to fund the release of her ill sister, who has been confined to Ellis Island. She also finds herself caught in a toxic love triangle between Bruno (Joaquin Phoenix), the charmer pimp who got her there, and his chivalrous magician cousin, Emil (Jeremy Renner).

Featuring contenders for Cotillard and Renner’s career-best performances, reliably magnetic work from Phoenix, and cinematography from Darius Khondji that simultaneously evokes 19th-century painting, silent cinema and the 70s highpoints of Godfather cinematographer Gordon Willis, The Immigrant is a beautiful and devastating slow-burn drama. Its closing act, particularly the lingering final shot, must count among the finest American filmmaking of this decade.

So, why was the film never released in the UK?

As a starting point, you may be able to blame critics. Although there were some very positive notices when the film premiered at Cannes, the film was arguably the most divisive entry in 2013’s competition, with a lot of ire coming from British press in particular. Among the pans were those of The Telegraph, Time Out London and The Guardian, with Sight & Sound’s Nick James also among the skeptics.

In a 2017 interview with The Telegraph’s Tim Robey, Gray said: “Let’s be honest here. That’s the reason it didn’t come out. It was called the worst film of the festival, an abomination, all that stuff, by the British critical establishment. So, when Harvey Weinstein, who had bought the film for the US and UK, saw those reviews, he knew he would lose money, and that was the end of that. The film got shelved, it was a tremendous sadness to me.”

Having been at odds with Weinstein over The Yards (2000), Gray had no intention of working with him again, but the deal made by The Immigrant’s funding bodies without his say at least retained his final cut control. Post-Cannes, Gray was apparently pushed to change the ending, which he refused to do. When the film opened in the US one year later, the critical response was generally more positive, including an “American masterpiece” label, though the scale of the release was ultimately small for such a star-studded production.

The Immigrant’s fate is intertwined with that of another film from 2013: Bong Joon-ho’s Snowpiercer, for which The Weinstein Company acquired American distribution. Although Bong’s sci-fi had been a commercial and critical hit in France and his native South Korea, Harvey Weinstein reportedly insisted on a much shorter cut of the film intended for a wide release stateside. Bong declined and word of the disagreement got out into the press.

Unlike with Gray, Weinstein didn’t have an established mixed reception to Bong’s cut overseas to point towards. So, Snowpiercer was released in an uncut form in the US in June 2014, but now only receiving a limited run in arthouse cinemas, its release mostly focused on VOD. Bong has since suggested that, “maybe that was some kind of punishment, but I didn’t care.” Following word-of-mouth success, the theatrical run there was eventually expanded to more than 350 cinemas. The Immigrant, released the month before Snowpiercer, played on 150 screens at its peak. 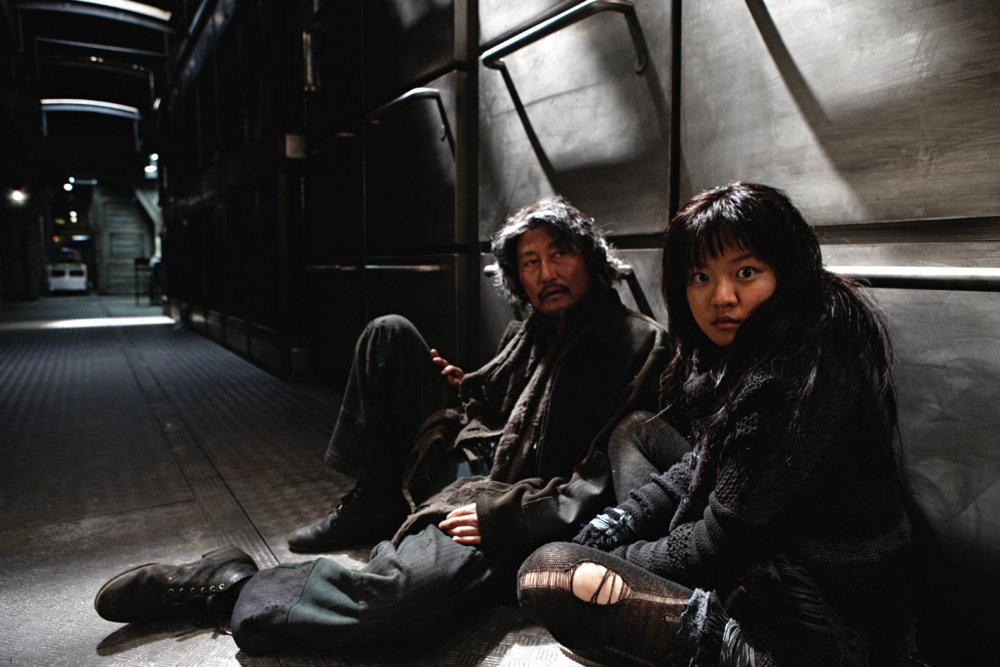 Although Deadline reported that the Weinsteins’ acquisition of Snowpiercer for English-language territories included the UK, their company usually released internationally through bigger studios. Hearsay from various UK distributors suggests that the Weinsteins’ asking price for a distribution deal here was extortionate in proportion to the film’s commercial prospects in Britain.

With Snowpiercer and The Immigrant both finally reaching British streaming services like BFI Player at the same time this year, following The Weinstein Company’s 2018 bankruptcy, we must assume the asking price proved a similar stumbling block for Gray’s film. In light of its three big name actors, the lack of any British release – even straight to disc – seemed especially strange. 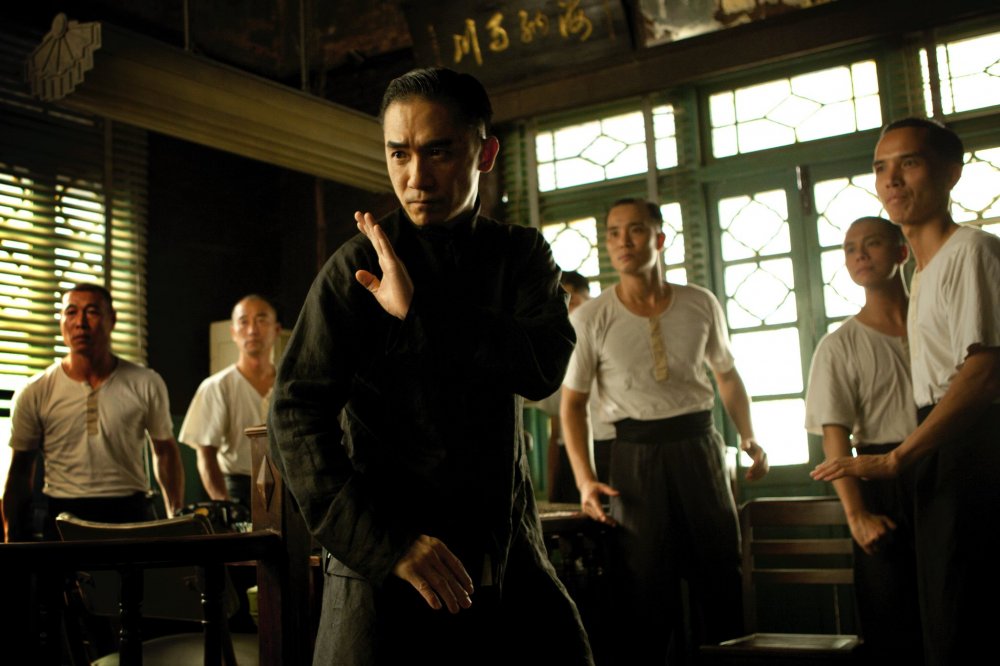 A lucky few British audiences at least got to see Snowpiercer on the big screen at the Edinburgh International Film Festival in 2014, but The Immigrant never played there, nor at London Film Festival, Glasgow or any other British festival. What did play at London in 2013, however, was Wong Kar-wai’s The Grandmaster. Weinstein introduced it as the festival’s surprise film with a speech discussing why the cut viewers were about to see, which was released wide in America that summer, had been re-edited with 20 minutes excised.

While The Immigrant remained in limbo, that same cut of The Grandmaster was released in British cinemas – albeit a full 14 months later. And these two fates may suggest the difference between a filmmaker playing ball with the pressuring tactics of the now disgraced mogul and the likes of Gray, who stood firm against ‘Harvey Scissorhands’.

At least now, The Immigrant has finally found a home here.