Which Flipside film caused David Lynch to freak out? And what was the first ever British soundtrack album?

Find out the answers in our trivia-tastic celebration of the 40th release in our cult film Blu-ray and DVD label. 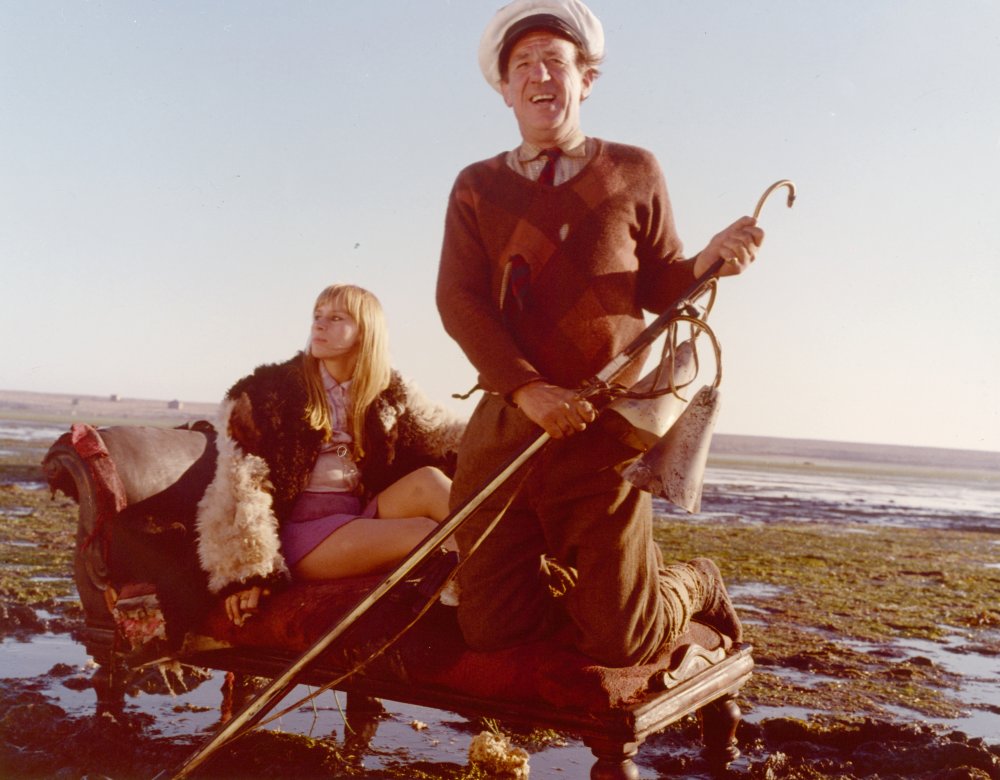 The original trailer for Richard Lester’s thought-provoking, splendidly strange post-apocalyptic terror-comedy list its stars “in order of height”. Incidentally, another fascinating feature of the forthcoming attractions reel is that the name of the man who co-wrote the original play from which the film was derived is spelled wrong on screen. Take a bow, Spike Mulligan!

A handful of years after he recorded his narration for this eye-watering expose of sordid goings-on in the Big Black Smoke, Canadian DJ and TV presenter David Gell was comfortably returned to the embrace of the light entertainment establishment – as smooth-voiced radio commentator for the Eurovision Song Contest in not-so-swinging 1970. 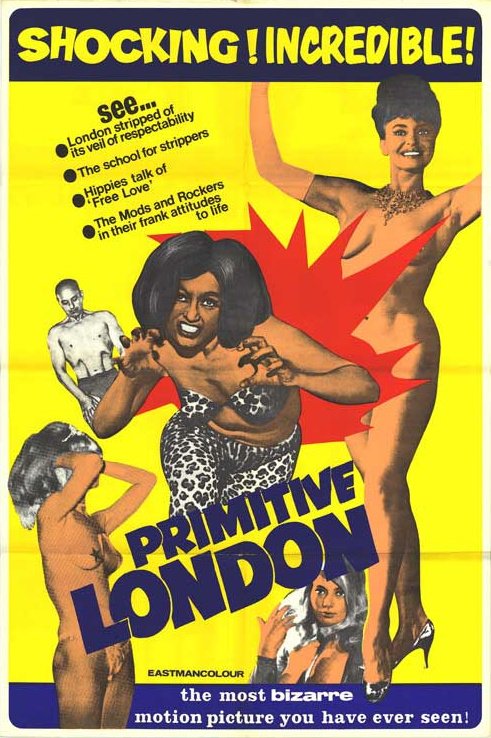 After shooting a thoroughly disturbing documentary sequence in a cheery chicken slaughterhouse for inclusion in this salacious excursion towards lurid Londinium’s seedy underbelly, ace director of photography Stanley Long burnt all the clothes he’d worn on the shoot and swore off poultry… for a year!

Herostratus director Don Levy does not often receive his full due in the history of experimental film, but he deserves far greater acknowledgement. He presented the astonishing triple-screen 35mm piece, Sources of Power, for the 1967 Montreal Expo. It was scored by ace electronics pioneer Tristram Cary. 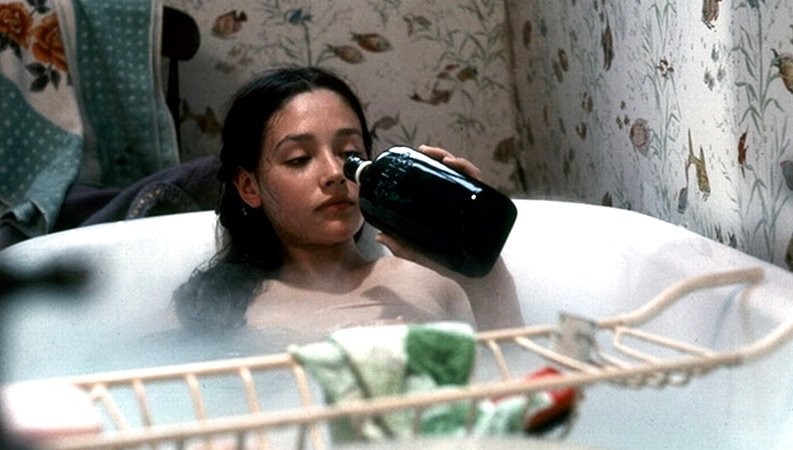 Like many Flipside titles, All the Right Noises has had various phases of languishing unloved (distributors Twentieth Century Fox delayed its release for two years). Yet it was produced by Si Litvinoff, who more typically oversaw big, high-profile projects, such as Walkabout (1971) and A Clockwork Orange (1971). 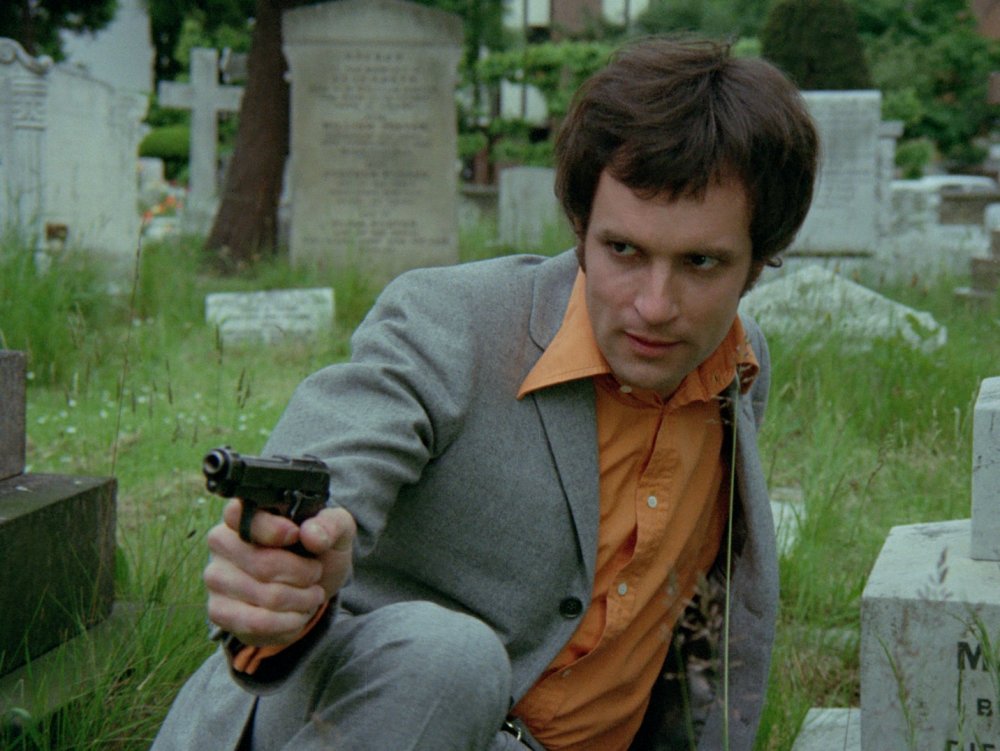 Though he remains best known for violent thrillers – like this corker or his censor-upsetting ‘Terror’ films – Peter Walker also dabbled in other genres, including comedy, directing the film based on the Tiffany Jones newspaper strip in 1973. He remains a staunch aficionado of the work of Laurel and Hardy.

Privilege star Paul Jones had an illustrious musical career, including his stint as the first lead singer of Manfred Mann. He later cut an astounding solo-version of the Sex Pistols’ ‘Pretty Vacant’ in 1978, with full orchestral accompaniment. No future?

Years before this daring drama about the dangers of sexually transmitted diseases, Gerry O’Hara was the assistant director on Laurence Olivier’s Richard III (1955). His assistance was vital, as Olivier spent much of the time in front of the cameras rather than behind them. 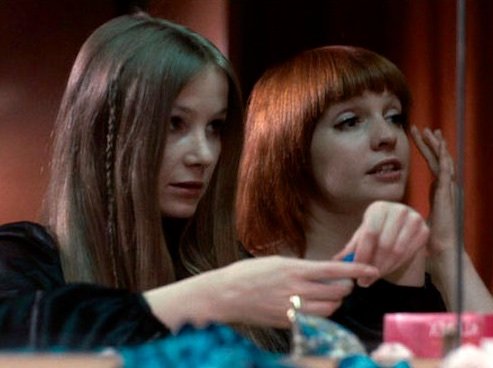 Here was a very Flipsidey director who could do a good job in any genre you might care to mention. A short while before this cautionary tale of groupies and the rock‘n’roll business, Lindsay Shonteff shot the creepiest ventriloquist-doll-themed horror flick since 1945’s Dead of Night: the ghastly gottle’o’geer that is Devil Doll (1964).

The very same year that gaunt-visaged Klaus Kinski stopped off in England to play amorous wild-boy Nikko alongside would-be model Angela (Anneke Wills) in Gerry O’Hara’s steamy ‘swinging London’ sexual-discovery drama, he also scooted over to Italy to appear in that outstanding western For a Few Dollars More as the villainous hunchback Wild. There was no stopping Klaus – as Werner Herzog, his best ‘fiend’, later discovered. 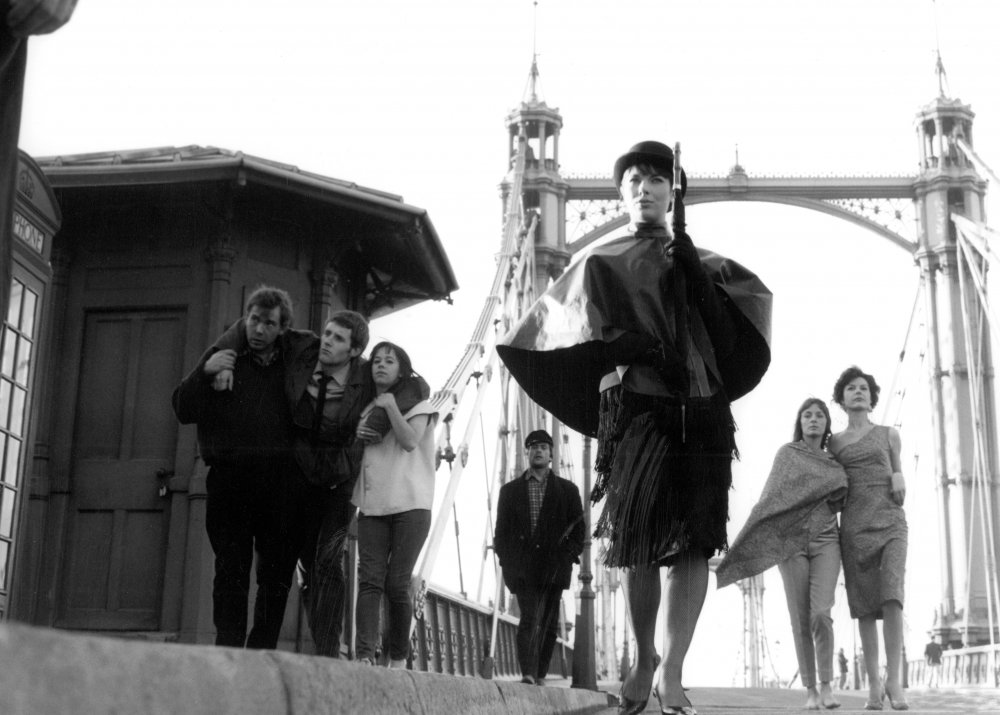 By the time Oliver Reed was starring in Hamilton’s censor-frightening beatnik drama, he’d taken to carrying a stack of signed photographs of himself around at all times, to hand out to female fans. Ollie just loved the attention. “When you get your clothes torn off your back by fans,” he told the press, “then you know you’ve arrived.” 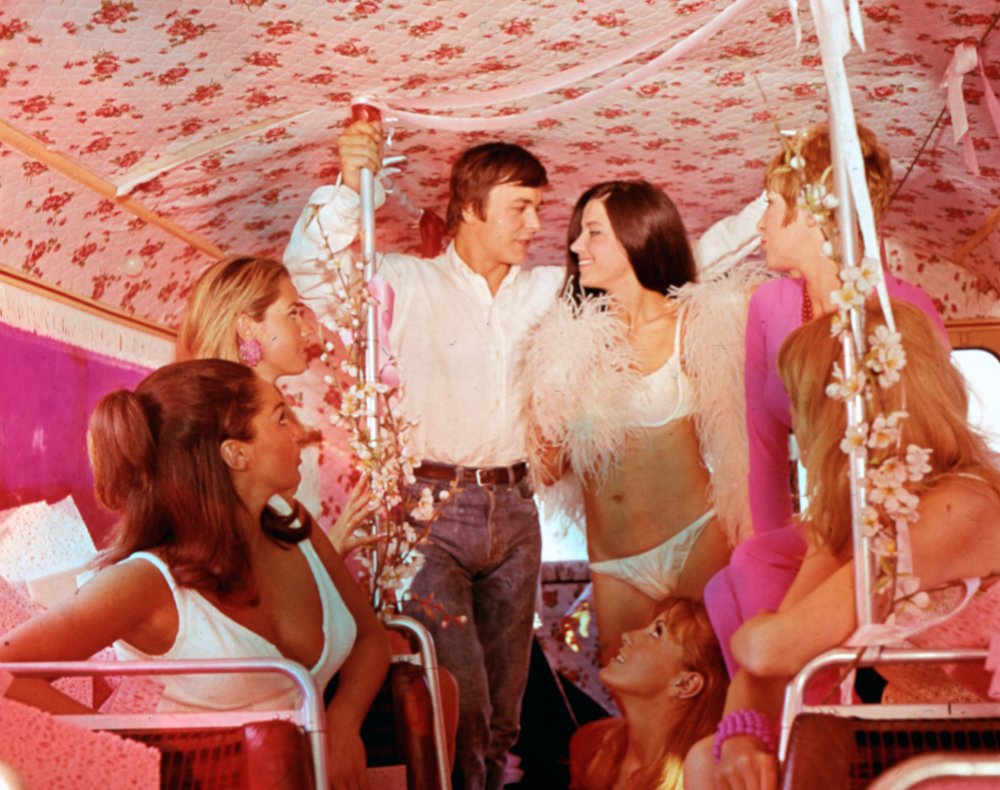 Thanks to his outstanding amorous antics in Here We Go Round the Mulberry Bush, Barry Evans was the swoonsome film heart-throb star of 1968. So much so that Pathe Pictorial shot a light news item for cinemas in which he and a leading disc jockey of the day were captured on camera opening up greeting cards, in a delightfully twee tit-bit entitled A Valentine for Tony Blackburn and Barry Evans. Keep calm, now, ladies!

The director of this cult youth film, Barney Platts-Mills, formed Maya Films in 1966 with – among others – James Scott, an old school friend and the maker of several arts films, released by the BFI in 2017.

Private Road star Bruce Robinson would famously write and direct the cult classic Withnail & I (1987), before less famously spending more than a decade building his case as he researched London’s most infamous serial killer for his non-fiction volume They All Love Jack: Busting the Ripper (2015). 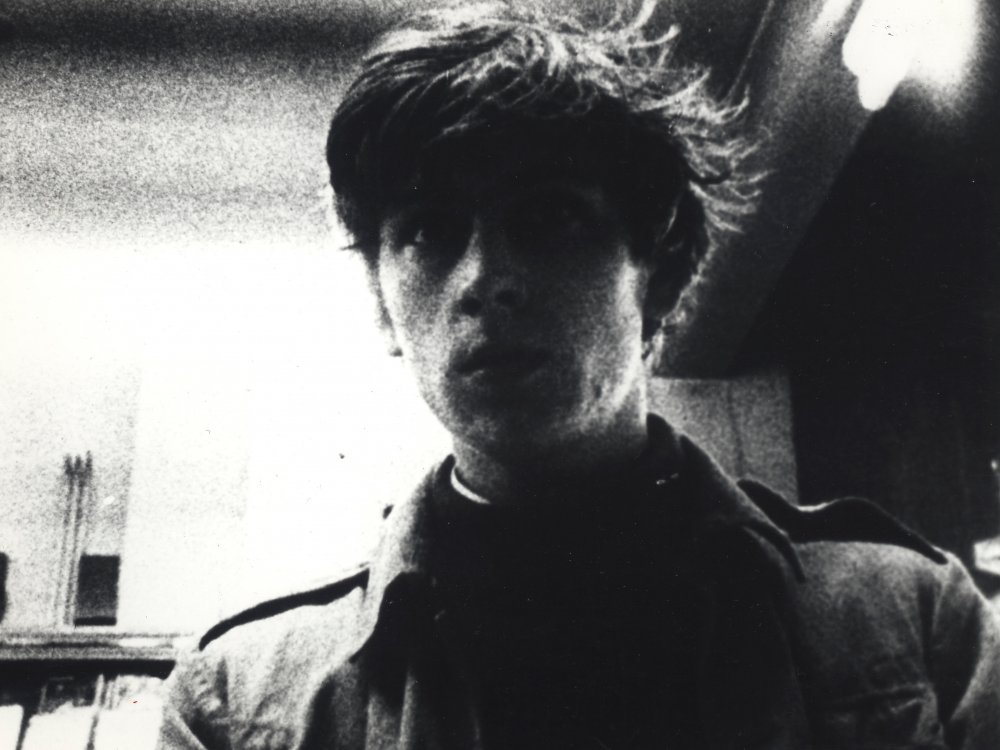 Patrick Murray – Mickey Pearce from Only Fools and Horses – appears briefly as a lonely adolescent in The Moon over the Alley but the film’s even-greater claim to fame is that Galt MacDermot, the songwriter behind groovy hippy musical Hair, wrote the tunes. Let the sunshine in!

Mike Sarne’s terrific tale of a young woman on a journey of artistic and sexual discovery should have been shown in competition at Cannes in 1968. However, civil unrest on the streets of Paris meant that the festival was cancelled. But all was not lost: marvellous Mike would garner both acclaim and a healthy helping of notoriety with his fan-favourite transgender comedy Myra Breckinridge in 1970. 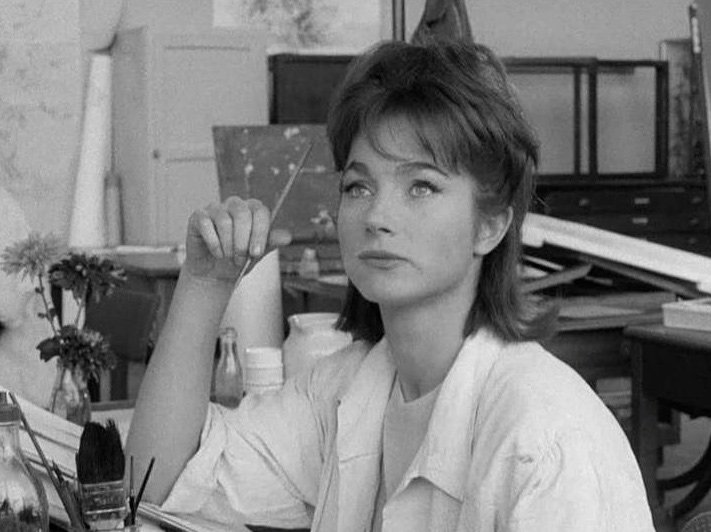 Glimpsed in a minor role here as a personnel manager in this brief tale of a nearly-affair, Nigel Davenport would go on to portray an ant-obsessed scientist in Saul Bass’s brilliant Phase IV (1974). Lunch Hour writer John Mortimer would go on to create the immortal Rumpole of the Bailey. Any questions, Mr Rumpole? Just a few, my Lord. 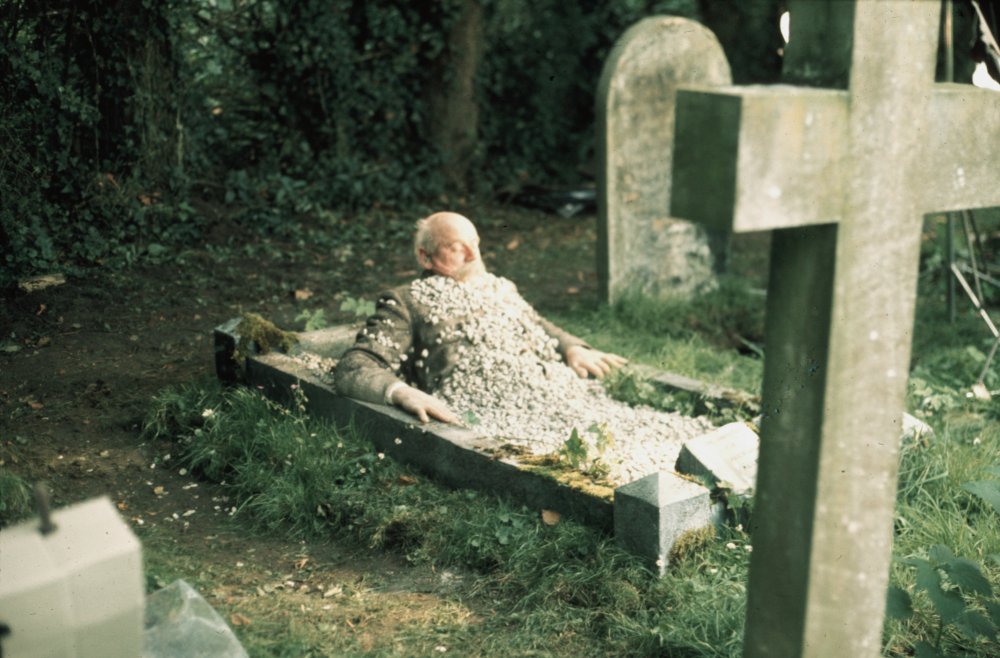 David Gladwell, director of this beautiful, stunning, eerie film was an editor for the BBC. He oversaw the shaping of the defining arts programme Ways of Seeing, written by and starring John Berger.

Though it garnered mixed reviews when it was released, Deep End has gathered numerous fans in the ensuing decades – including celebrities like director David Lynch who, despite his reluctance to watch colour films, “freaked out” over the movie. 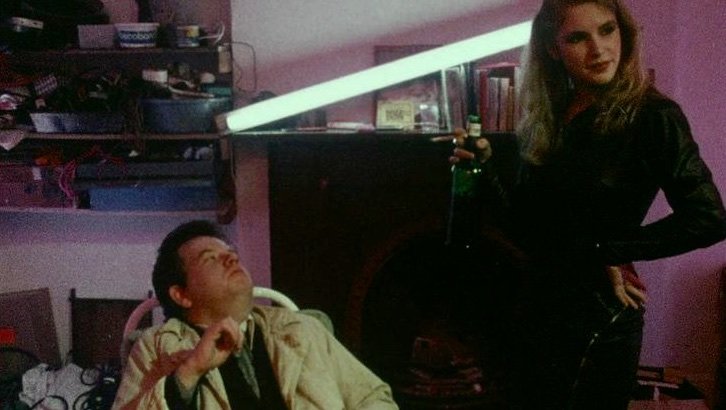 This modestly budgeted film only cost £11,000 but it was money well spent. Director Chris Monger went to Hollywood and leading actor Ian McNeice went on to play many other roles as a result, including Winston Churchill in 2010 Doctor Who episode ‘Victory of the Daleks’. Reverse the polarity of the neutron flow!

Britain’s first narrative sex film was a low-budget production by the then-unknown director Norman J. Warren, yet it broke box-office records and ran at London’s Cameo-Royal cinema for over 23 weeks. 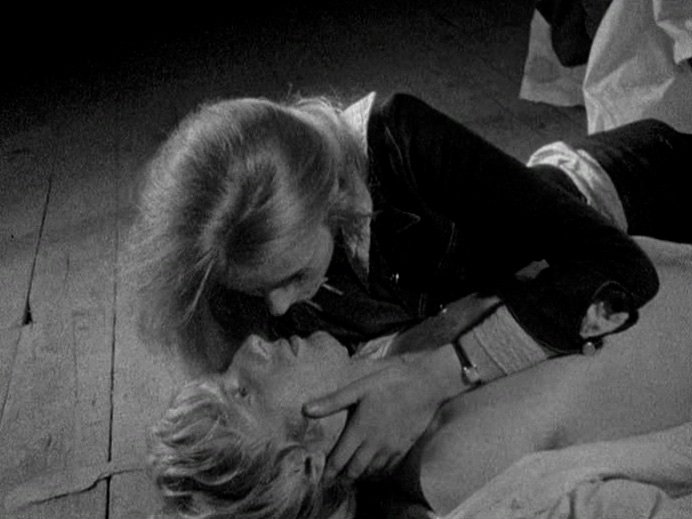 Andy Milligan worked hand-to-mouth to make his films and the soundtrack was recorded directly onto the film strip as he shot the footage, courtesy of the Auricon, a special newsreel camera that also favoured by Andy Warhol.

Exceptional experimental artist, writer, poet and filmmaker B.S. Johnson began his career as an accounting clerk, and also worked for an oil company, meanwhile teaching himself Latin at night school, before moving on to a distinguished creative career, which became increasingly more avant-garde as it progressed. His 1969 novel The Unfortunates came with the pages loose in a box, so that it could be read in any order.

Amid a far-ranging and eclectic filmmaking career that included this stunning prisoner-of-war drama, John Krish shot less-contentious but still powerful films for children too, including Children’s Film Foundation classics like The Salvage Gang (1958) and Friend or Foe (1981).

Saxon Logan’s sharply satirical, multi-faceted and semi-horrific view of Britain in the 1980s is graced with a splendidly off-beat performance by renowned Scottish director Bill Douglas as an edgy socialist scholar. 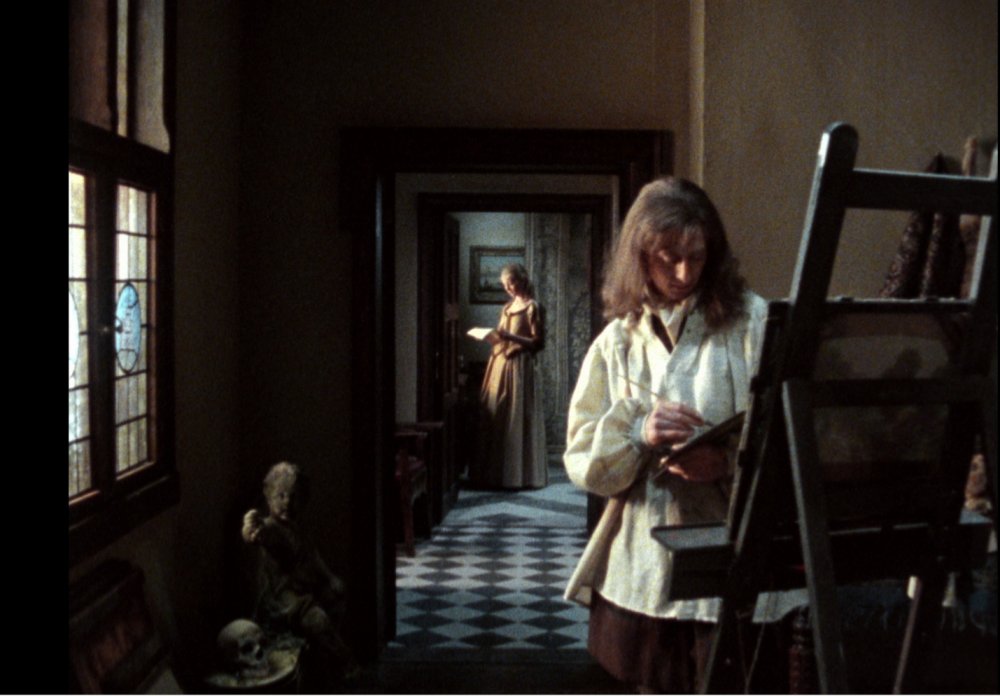 The singularly eerie Schalcken the Painter was made for television but it looked so special and cinematic, shot on film by what appears to be candlelight by cinematographer John Hooper, that it became Flipside no. 028.

That Sinking Feeling was the first ever indigenously funded Scottish feature film, made for only £5,000 raised from donations made by Glasgow bookmakers, distillers and brewers. The film was a big hit at the Edinburgh Film Festival and Bill Forsyth and many of the same cast and crew went on to make Gregory’s Girl (1980) and Comfort and Joy (1984). For many years the film only existed with a notoriously awful Americanised audio dub, which was removed for the BFI Flipside re-release in 2014.

The original Beat Girl soundtrack LP by John Barry featuring rockin’ Adam Faith – now rarer than the tip-tappin’ teeth of the coolest coffee bar hot-chickeroo – was a milestone in movie music. According to the back sleeve: “This is the first time that the musical score of a British film has been made available on a long playing record. Its content ranges from wild, rocking numbers (both vocal and instrumental) to fascinating, atmospheric music.” Dig it, cats!

Long considered a ‘lost’ film, Symptoms came to light after the BFI sent a worldwide call-out for missing British titles. The negative was discovered at a UK facilities house and was digitally cleaned up for release by the BFI Flipside technical team.

The very same year that this unrivalled undead-biker classic starring much missed motorbike-master Nicky Henson came out, supporting player Bill Pertwee – briefly seen here as a surly publican – was playing a far bigger regular part as irascible Warden Hodges in series six of Dad’s Army. That sixth series began with classic episode ‘The Deadly Attachment’, in which the Walmington-on-Sea platoon, led by Captain Mainwaring, guard a U-Boat captain and his crew. All together now: “Don’t tell him, Pike!”

Long Shot continually blurs the line between fiction and reality. While Charlie Gormley is playing a fictionalised version of himself in a fictional film, the people and events around him are for real. When he meets with his friend Billy, he’s editing the documentary The Legend of Los Tayos (1979), which was a real documentary made by Bill Forsyth and Charles Gormley. The film Charlie pitches to potential backers is an idea that involves the then new Scottish oil boom, an idea that would eventually turn into Local Hero (1983).

It was originally intended that Karel Reisz would contribute a section to this provocative, peculiar and potent portmanteau piece. But as his film grew into the feature-length Morgan: A Suitable Case for Treatment (1966), Peter Brook came aboard instead, with his Ride of the Valkyrie intended to stand alongside Tony Richardson’s Red and Blue and Lindsay Anderson’s The White Bus. The full-length feature remained unreleased, though, until BFI Flipside rescued it in 2018.

The young male lead of Stranger in the House, Ian Ogilvy, wore the impressively brown teddy-bear coat he’d been bought for the production for some years, just because veteran star James Mason had said that he liked it. By the time he was appearing in Return of the Saint in 1978-79, Ian had shrugged off both his rebellious teen image and his teddy-bear coat, and was tipped as the next James Bond, to take over from Roger Moore. But it was never to be. Boo!

Though he rarely mentioned his debut feature as a director after he’d shot it, Peter Sellers remained fond of this impressive but critically undervalued comedy-drama centring on a French school teacher corrupted by big business. His continued devotion is evidenced by the fact that – long after the distributors of the film had forgotten its very existence – he still held on to his own 16mm print, its cans neatly labelled with Dymo tape, to be screened every now and again for family and friends. 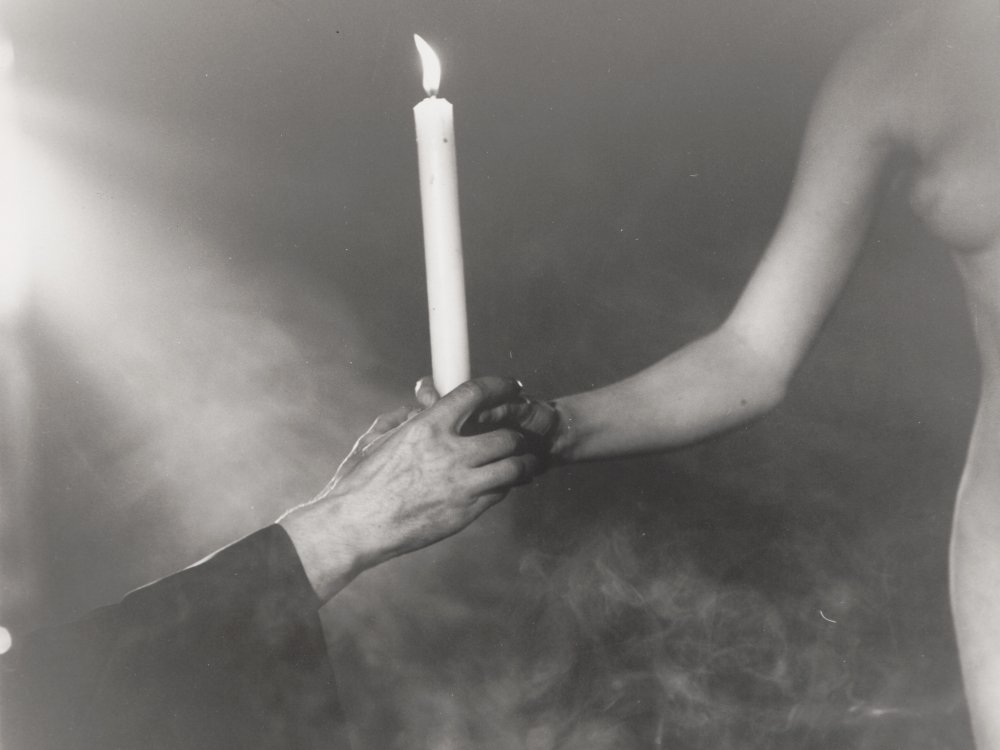 Neither of the directors of these unusual occult documentaries were one-trick ponies. For example, before he shot Secret Rites, director Derek Ford co-wrote episodes of BBC police drama Z Cars with his brother Donald. Shortly after he shot Legend of the Witches, director Malcolm Leigh co-wrote a book with photographer John Adams, entitled Naked Yoga.

Ian Whittaker – who plays daft young thug Alfie in this controversial juvenile delinquency shocker – swapped screen acting for a distinguished career in art direction, garnering Academy Award nominations for Alien (1979), The Remains of the Day (1993) and Anna and the King (1999) and winning for Howards End (1992).