BFI curator and animation fan Jez Stewart shares his personal reading list of 30 recommended books on the art and craft of animation. 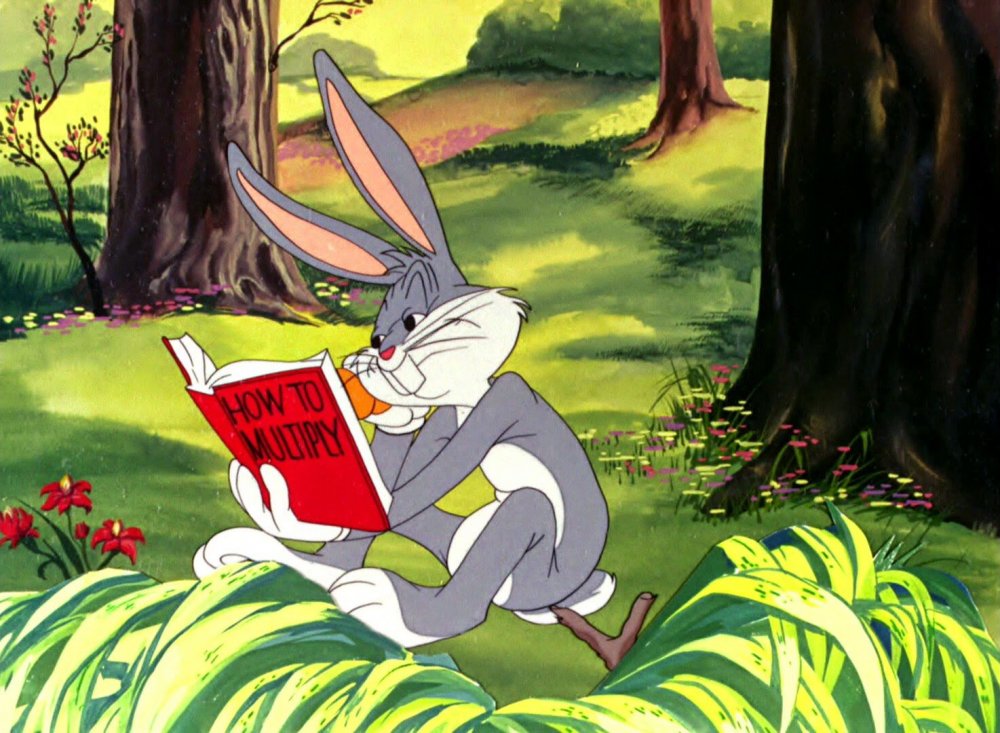 Animation 2018 continues at BFI Southbank throughout the year

When I was asked to select 30 books about animation for display in the BFI Reuben Library, it was fairly natural for my eyes to wander to my own book shelves. My addiction to the printed page hasn’t gotten so bad that I have had to introduce the Dewey Decimal system in my own home (although there’s an idea…). But I will admit that my collection of animation books are buddied up – nestled side-by-side together over a few shelves.

Choosing titles for the library was a delightful excuse to catch up with some old friends, bump spines with some well-thumbed work colleagues, and sink into nostalgic treacle over some forgotten first loves. Not that I can compete with the heaving stacks of the BFI’s collection, filled with books I have coveted, frequently consulted and occasionally considered selling a kidney for.

Like most people I watched copious cartoons as a kid, and it was the Warner Brothers’ Looney Toons and Merrie Melodies that really separated themselves from the flow. Recognising certain traits from the enigmatic names in the credits – Chuck, Tex, Friz – sparked the interested in finding out more. Leonard Maltin’s Of Mice and Magic (McGraw-Hill, 1980) didn’t make my list, but it was important discovery for me in the impoverished film section of my local small town library. And it lead to an investigation of its near neighbours, most notably John Halas’s Masters of Animation (BBC Books, 1987). 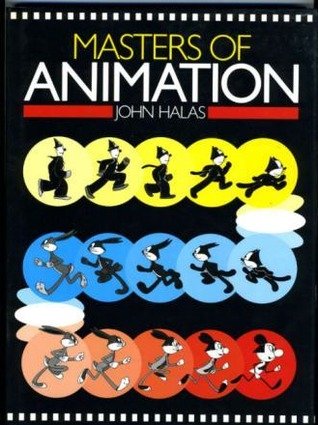 I had no idea who John Halas was at the time, or the importance he would have in my later career, but the book was an overdue wake-up call that animation was in fact made all around the world. The full-colour quality illustrations and even more exotic names – Jiri Trnka, Yuri Norstein – were an important entry into the world beyond the comfortable and familiar, at an age when that was exactly what I was looking for. And the fact that they were put on the same platform as names I recognised, such as Bob Godfrey and Chuck Jones, was a comforting hand to hold that I would not have admitted needing at that time.

In a pre-internet age, the films themselves felt far out of reach, and my widening interest in cinema as a whole distracted me from learning more for a time. I have never studied animation, but re-engaging with my interest there were a couple of key books that helped widen my understanding and appreciation. A Reader in Animation Studies (John Libbey, 1997), edited by Jayne Pilling, was very useful, although some of the essays felt a little too much like homework.

The more authored Art in Motion: Animation Aesthetics (John Libbey, 1998; revised 2007) by Maureen Furniss never did. Though she has continued to write and publish books, it’s this volume that will always have a continuing importance for me. It was thoughtful, and well researched, but most importantly it felt really engaged with the films and the filmmakers, even though it was written from the perspective of an outside scholar rather than a practitioner. 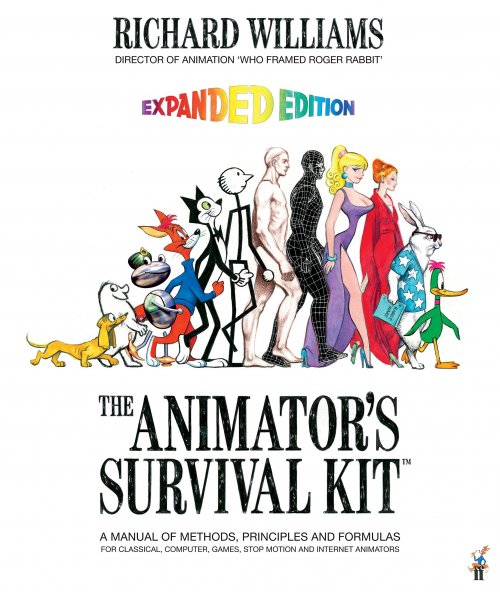 My own lack of practical or artistic skills hasn’t stopped me from venturing into the world of ‘how to’ books. Richard Williams’ The Animator’s Survival Kit (Faber and Faber, 2001) is probably the closest thing to a bible for animators. Williams has worked in the UK since the 1950s – most famously as the animation director on Who Framed Roger Rabbit (1988). He helped refine his skills by inviting supposedly retired legends like Grim Natwick and Art Babbitt over to his Soho Square studio to pass on the lessons of the golden age of Hollywood animation. The book – re-released in an expanded edition in 2012 – is an amalgamation of years of learning, practice and teaching from a true master.

But for approachability I would like to put in a plug for The Do-It-Yourself Film Animation Book (BBC Publications, 1974) by Bob Godfrey and Anna Jackson, which accompanied a BBC adult learning series. Alongside chapters by Bob, Stan “Henry’s Cat” Hayward and Richard Williams, there is a section on table-top and cut-out animation by Monty Python legend Terry Gilliam. His advice may not always be the most practical, but it is certainly honest and approachable:

“Animation is strictly for masochists. The Marquis de Sade in his freakier moments couldn’t have thought up anything more painstakingly soul-destroying than animation”

The only national animation industry to really rival the US is Japan, and the exponential growth in popularity of anime in the west has led to a number of good books (and some stinkers). Compiling writings by Hayao Miyazaki, Starting Point: 1979-1996 (translated and published by VIZ Media, 2009) offers extraordinary insight into an extraordinary man. It traces the flowering of his thinking and creativity as it progresses rather than seen in retrospect. The BFI Film Classics study of Spirited Away (BFI Palgrave, 2008) by Andrew Osmond does an excellent job at unpacking the many layers of context and complexity in one of my favourite films, without spoiling subsequent viewing experiences. 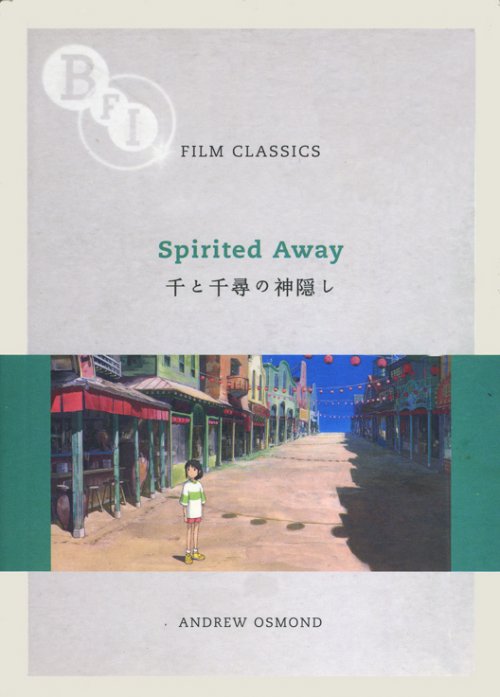 Chris Robinson’s Japanese Animation: Time out of Mind (John Libbey Publishing 2010) offers a refreshing alternative to the wealth of anime tomes and a provocative approach to critical writing on a subject. His stream-of-consciousness encounter with some of Japan’s greater and lesser known artists, both dead and alive, is a beguiling and moving vicarious journey, which teaches plenty too.

The area that really brings my spare kidney closer to eBay is the glossy hardback ‘art of’ books, which can often seem weightier than the coffee table they’re intended for. Animated Sketchbooks (Thames & Hudson, 2013), loving curated by Laura Heit, is a marvel. David O’Reilly’s to-do lists, Michaela Pavlátová’s dirty diary pages and Jonathan Hodgson’s observational sketchbook drawings are a privileged insight into the minds of many of the best contemporary independent animators.

There are many books that unfairly missed my list. Roger Horrocks’ Len Lye: A Biography (Auckland University Press, 2002) and Denis Gifford’s flawed but still personally essential British Animated Films, 1895-1985: A Filmography (McFarland & Co Inc, 1988) immediately spring to mind. And for my oversights and ignorance – well, I am happy to have more to discover.

But put a cartoon cannon to my head and ask me to pick just one book I would go for John Canemaker’s Felix: The Twisted Tale of the World’s Most Famous Cat (Pantheon 1991). John’s experience as an animator, and consummate skill as a researcher and writer, impeccably bring out the story of Otto Messmer, the forgotten artist behind the first real cartoon star. In fact, if you’ll excuse me, I think I might just dip my nose in again…

Look out for our library talk, New Writings – Fantasy/Animation: Connections Between Media, Mediums and Genre on 10 September at 18.30 with Christopher Holliday and Alex Sergeant. Details will appear here in due course.