12 to try at the 12th London Short Film Festival

Where to start with the smörgåsbord of shorts offered by the 2015 London Short Film Festival? Here are a dozen small plates to get you started.

Watch the trailer for the 12th London Short Film Festival

Familiar programming strands return once again this year, with strong films screening in Leftfield & Luscious, Funny Sh*t, God’s Lonely Men and the marathon-length Night of the Living Docs. And there are loads of special events and premieres of new collaborative projects between filmmakers, musicians and artists: Jersey’s looped-based rockers, Semu Cà, give a live accompaniment to the 1922 Swedish horror-doc, Haxan: Witchcraft through the Ages; there’s the unveiling of animator Carla Mackinnon and industrial pop-artist Gazelle Twin’s new work; and photographer Roger Ballen discusses his collaboration with Saskia Vredeveld and Die Antwoord on the YouTube hit ‘I Fink U Freeky’, a video that has notched up some 58m views.

In years past we previewed nine short films from the 9th LSFF, 10 films from the 10th and 11 from the 11th. So guess what? Here’s 12 UK shorts to seek out in this year’s fantastic programme.

Julie is working a long shift as the sole barmaid in a run down Scottish bar when Jenna, her volatile old pal, pays an unexpected visit. Bored of her thankless work but painfully aware of her friend’s failings, Julie is forced to decide between her old and new life. A drama about the transitional moment in a young woman’s life, Wyld avoids cliché through strong and honest performances led by actor Julie Speers who won a Scottish BAFTA best newcomer award for this, her breakthrough role.

A man sets off across a deserted landscape in search of Léthé, one of the Greek mythological rivers of Hades. He encounters a young woman on the roadside who helps him in his pursuit of oblivion. Screening in Celluloid Traces, a programme celebrating the texture and tone of 16mm and Super-8, Léthé is also part-homage to the 60s French New Wave, with elliptical dialogue familiar from Last Year at Marienbad and a colour scheme reminiscent of mid-60s Jean-Luc Godard. The film won best short at Edinburgh last year and is nominated for the LSFF’s British Council best short award.

Scottish filmmaker Ruth Paxton returns to the LSFF with her latest short, a mesmerising film about our desire and need to connect with others. Shot with rich monochrome images around Glasgow, Pulse was commissioned by the Royal Philharmonic Society and features a luscious score by Dobrinka Tabakova. A favourite at last year’s Encounters and Glasgow Short film festivals, the film is up for two LSFF awards, including best director.

The Secret World of Foley

Peter Burgis and Sue Harding are award-winning foley artists who create sound effects – from footsteps to the sounds of torrential weather – that are added to films in postproduction. They have worked on countless British film and TV programmes for the past 15 years, breathing aural life into everything from Bond and Harry Potter to Call the Midwife. The Secret World of Foley peers into their normally offscreen world, allowing us to see how the couple go about their innovative and often surprising business. It’s dialogue free, of course. 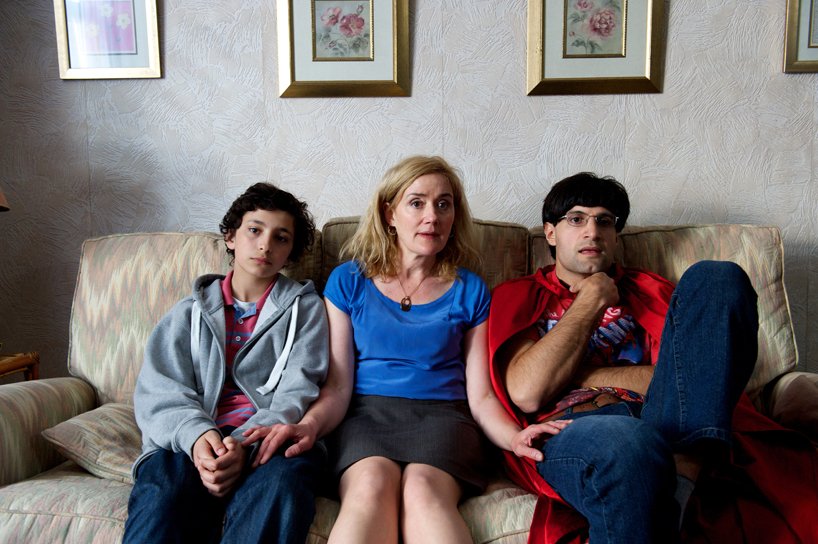 Kayvan Novak plays Mohammed, a Spiderman-obsessed 30-year-old with learning difficulties. When his single-mum (Sophie Thompson) has to go for a job interview, she leaves Mohammed in the reluctant care of his irritated younger brother, Adam (Jayden Revrie). Adam hatches a plan to use his brother to impress his teenage peers, but he underestimates Mohammed’s pride and sense of civic responsibility. Another funny and engaging action-comedy from Screen International ‘Star of Tomorrow’ Mustapha Kseibati, who makes the kind of heartfelt genre filmmaking that British cinema is always crying out for.

Matt Hopkins takes a wry look at the way the UK appears to visiting outsiders, following a coach of Chinese tourists travelling the country from London to Scotland. Succinct and observational, Visions of Albion expertly captures the popular idiosyncrasies of our British cultural heritage and how alien most of it must seem to visitors.

Zebra Face – Sneezy on the Mic 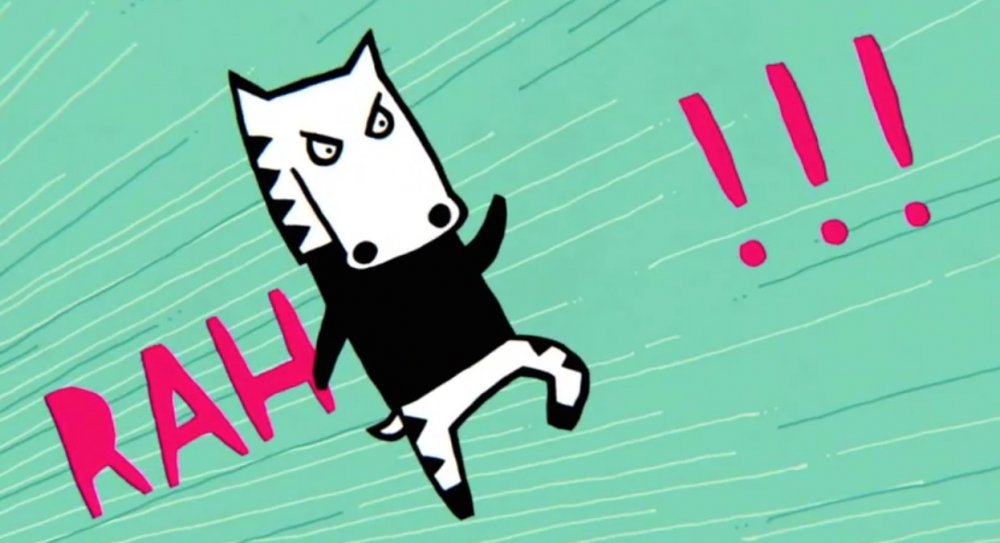 Mbwana and Juma are two tourist guides who dream of putting their run down fishing village on the map. When they accidentally photograph a giant fish leaping out of the sea, the boys become famous and their small town transforms into a wealthy hot spot. But good things rarely last, and Mbwana comes to realise that the town has a jinxing ‘Jonah’ – is it him or the fish? Boasting terrific Zanzibar locations, stunning visual effects and a typically compelling performance by Daniel Kaluuya, Jonah is a gripping allegory about commercialisation and the developing world.

Watch the trailer for The Hedgehog (2013)

A boy obsessed with Sonic the hedgehog discovers a figure that resembles his hero’s arch-rival Dr Eggman. He follows the familiar-looking stranger back to his house and risks exploring inside. An offbeat homage to Sega’s platform game, The Hedgehog explores the loneliness and confusion of pre-adolescence. Filmed by directing duo Chris Lee and Paul Storrie, the film is also nominated for the British Council best short award.

Watch the trailer for Bradford-Halifax-London (2013)

A hassled family boards the train to London while in the throes of a heated argument. Grumpy dad is seriously pissed off, heavily pregnant mum feels rotten and their mortified daughter is embarrassed, yet again. Shot in a single continuous take on the 10.22 from Bradford, Frances Lee’s tense but funny short is terrifically well observed with great interplay between the actors and a pleasingly honest payoff – if only all arguments could be settled so easily.

A poetic love letter to bustling Mumbai by director David Baksh, The Bombay Highway Code is a short but sweet inclusion in the festival’s ‘Windows on the World’ strand, a programme  of films exploring life beyond the UK and reflecting the LSFF’s recent broadening to include more international shorts. Immediate and immersive, like the city it celebrates, the film is driven by Baksh’s poem and suitably uplifting music by the celebrated James Fortune. 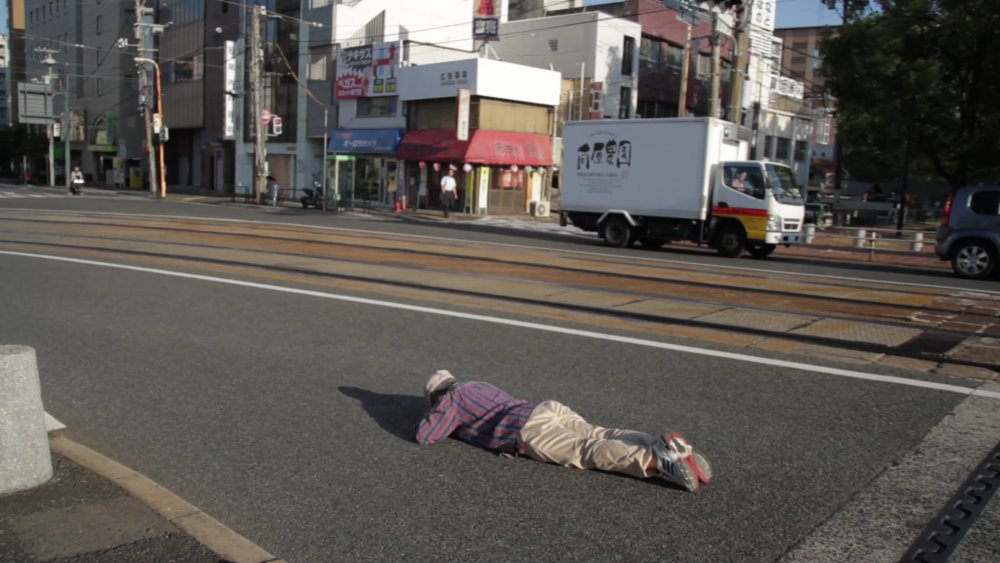 Part of the festival’s ‘Longer docs’ strand, An All-encompassing Light interviews 80-year-old Lee, a survivor of Hiroshima, who remembers where he was when the bomb dropped and how it changed his view of life from then on. Chloe White uses simple techniques – talking head and archive footage – to tell Lee’s story. Refined, considered and moving, just like its remarkable interviewee.