Where energy is boundless, try growing up and rocking out with these films at the 15th Glasgow Film Festival. 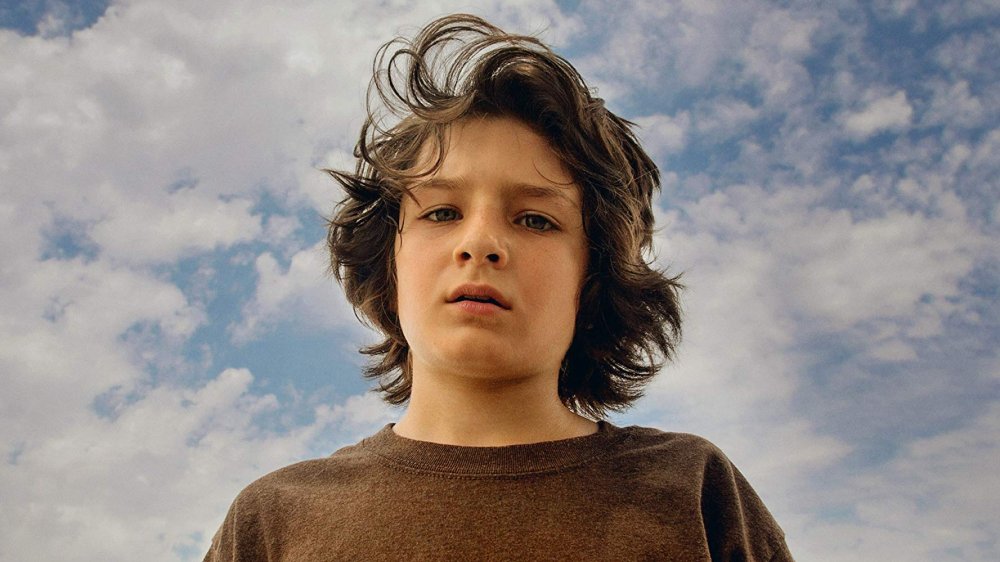 Celebrating its 15th instalment, the Glasgow Film Festival runs this year between 20 February and 3 March, opening with the UK premiere of Jonah Hill’s directing debut, Mid90s. It later closes with another UK first: the premiere of Beats, an adaptation of Kieran Hurley’s award-winning play set in the Scottish rave scene of, well, the mid-90s.

Rest assured, the full festival programme isn’t solely aimed at Generation X and older millennials, though some 90s favourites are among those receiving pop-up screening treatment at creative venues; a 20th anniversary showing of The Blair Witch Project at a secret location sounds terrifying.

With more than 330 individual screenings, talks and events in between the opening and closing galas, choosing what to go to can be tricky. Here are 10 highlights from the stacked programme. 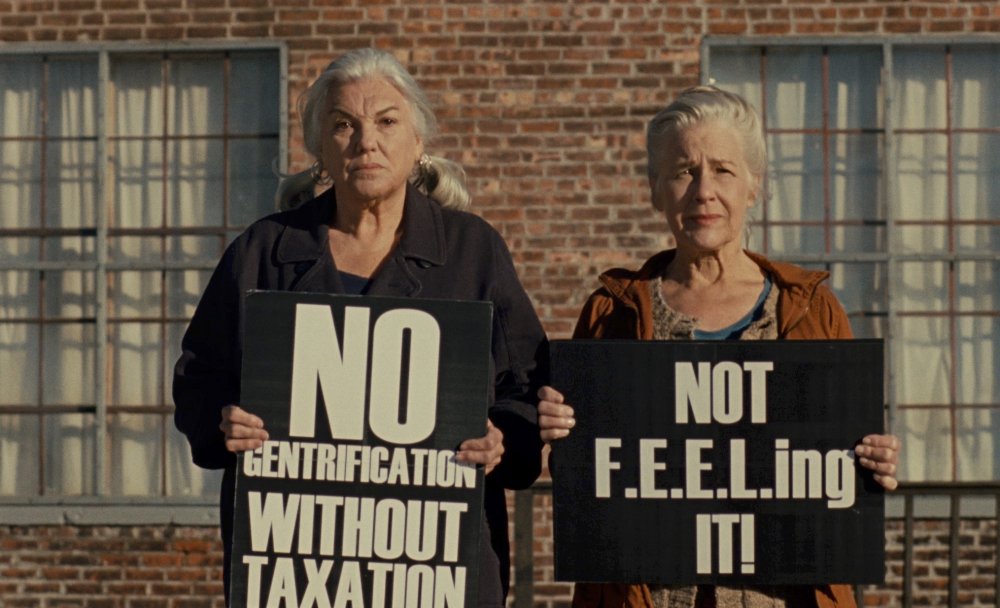 A slight cheat here, as this is a pair of films that, going by glowing reviews from their US release, can be enjoyed separately or on their own. That said, since both parts of writer-director Patrick Wang’s humanistic, comic epic screen the same afternoon at GFF, with only a 40-minute break between them, it seems fair to recommend them as one piece. Peppered with character actor favourites such as Tyne Daly, Janeane Garofalo and James Marsters, the reportedly Altman-esque films chart the efforts to transform a small town’s disused bread factory into a thriving arts centre. 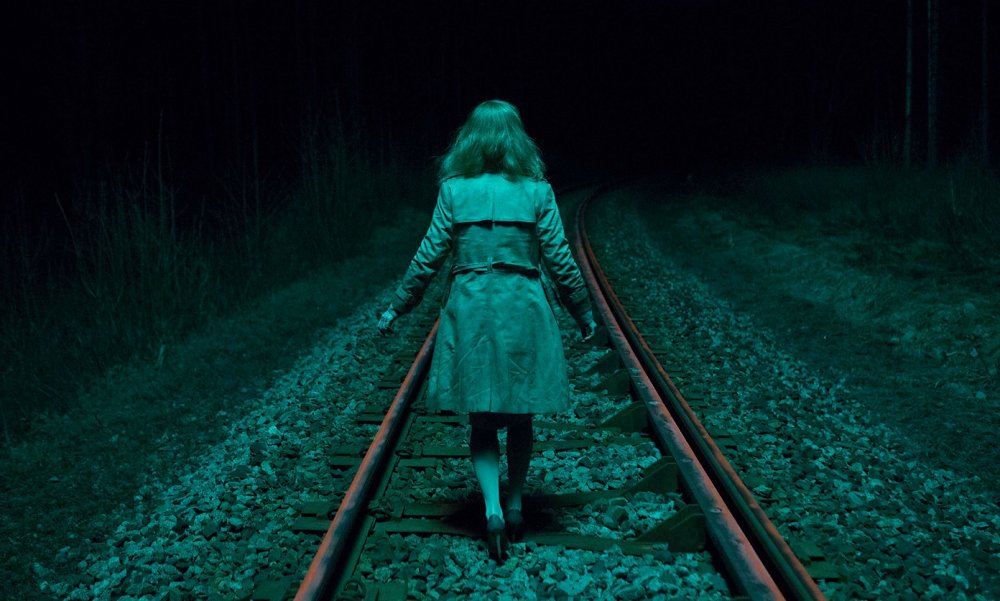 Polish director Agnieszka Smoczynska’s debut feature The Lure (2015), a horror musical about carnivorous mermaids adopted into cabaret, was a distinctive calling card, distributed on Blu-ray by The Criterion Collection. Her follow-up, Fugue, sounds a lot more straightforward conceptually, but its story of an amnesiac forced to resume life with her estranged family is likely to have a similarly distinct atmosphere. 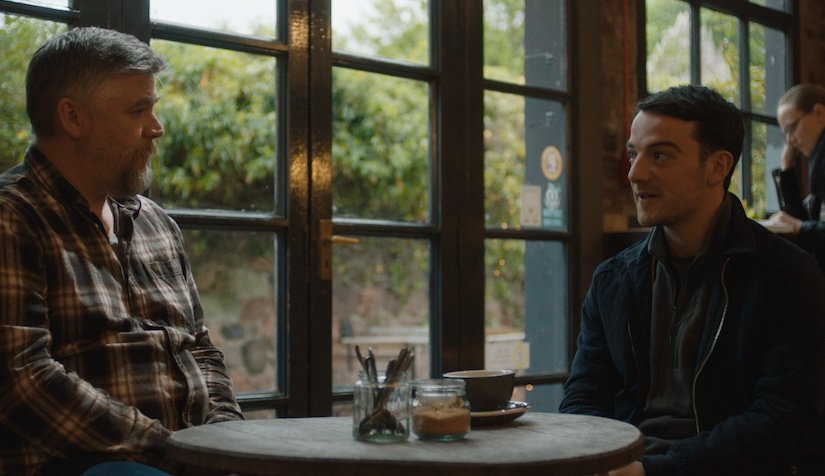 This year’s festival hosts the world premiere of seven new features, many of which were made in Scotland. Marilyn Edmond’s Connect, at first glance, shares some connective tissue with Karen Gillan’s The Party’s Just Beginning (a world premiere at GFF 2018), in that both confront the particularly high suicide rate among young people in Scotland. Shot in North Berwick, the drama is led by Kevin Guthrie and Stephen McCole. 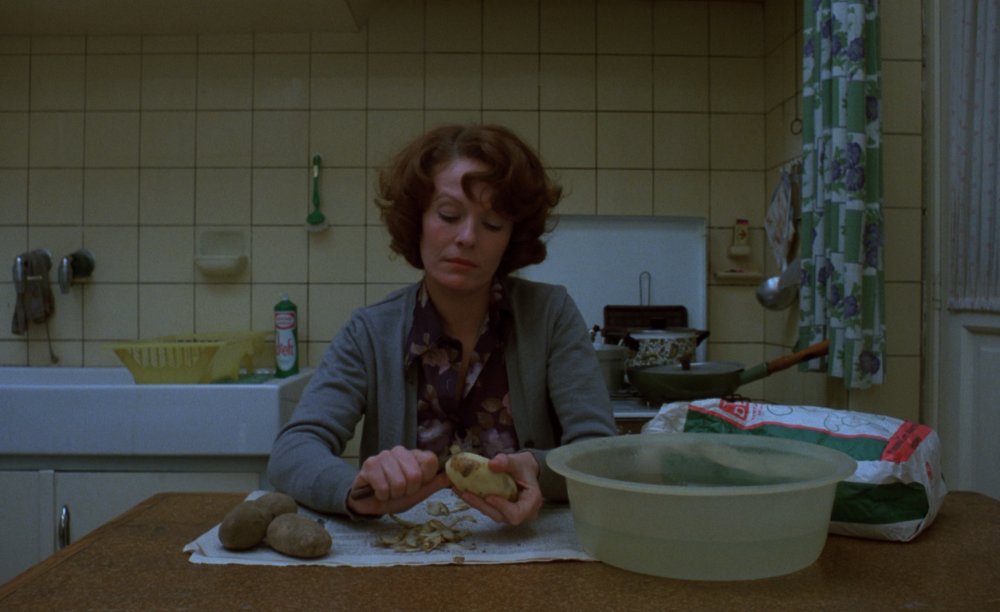 GFF’s annual nation focus hones its sights on Belgium, spotlighting contemporary films – including Lukas Dhont’s controversial Girl – and one of Belgian cinema’s greatest talents in the late Chantal Akerman. A rare showing of her landmark feminist epic Jeanne Dielman is one of the most enticing prospects among the festival’s rich retrospective highlights. 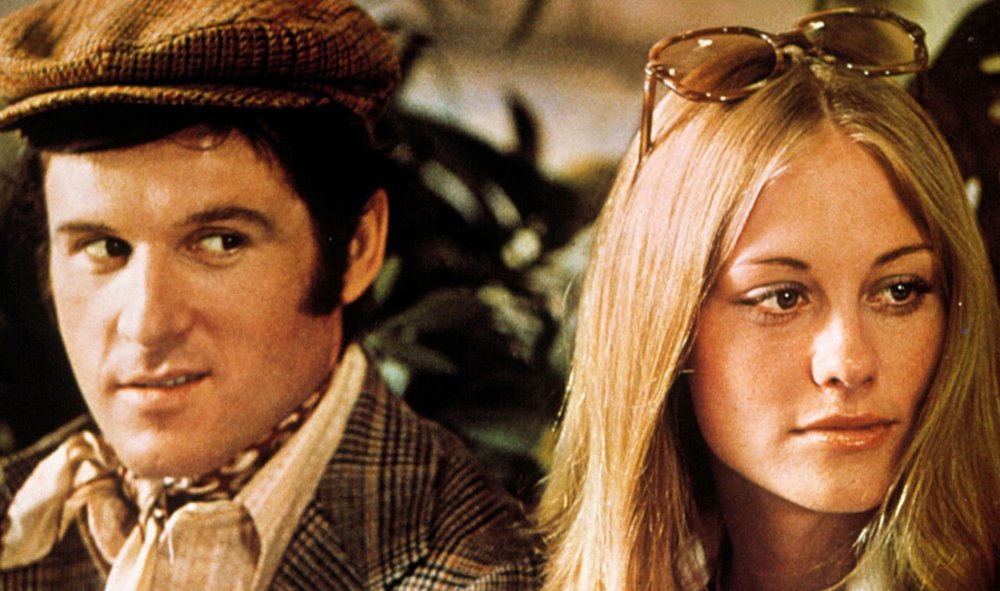 Speaking of retrospectives, there are daily free lunchtime screenings of some of the best American films of 1969, Midnight Cowboy and Medium Cool among them. Meanwhile, a shorter retrospective draws special attention to comic talent Elaine May, whose directing career was unfairly cut short after box office flop Ishtar (1987). Following The Badlands Collective’s season in London last year, GFF presents a rare chance to see all four of May’s features on the big screen, which also include A New Leaf (1971), Mikey and Nicky (1976), and The Heartbreak Kid (1972), the last of which was inadvisedly remade with Ben Stiller in 2007. 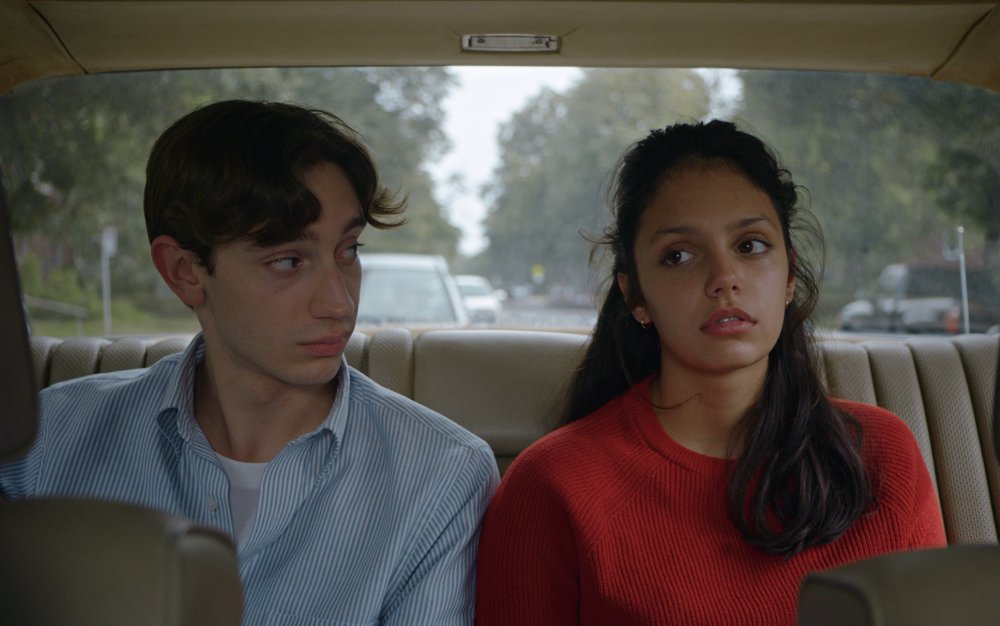 A highlight among the premieres of last year’s Locarno Festival, Québécois writer-director Philippe Lesage’s Genesis is a moving and complex reflection on early love, conformity and the trials of youth. But it proves a narratively trickier proposition than your average coming-of-age tale. For much of its runtime, it follows, with often unsparing candour, two teenage siblings’ struggles with their sexuality and patriarchal rape culture, before shifting gears to track much younger characters and a crush at a summer camp. Lesage’s previous film, The Demons (2015), was slept on by distributors, but his autobiographical portraits of adolescence deserve wider recognition. 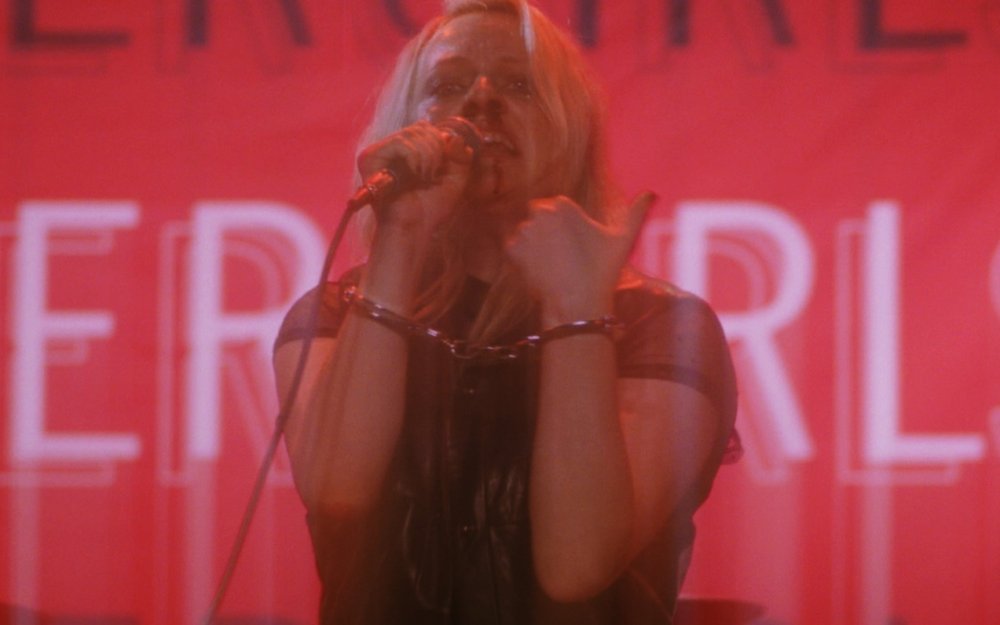 Elisabeth Moss has earned raves for her performance in Alex Ross Perry’s punk rock music drama, in which she plays what’s suggested to be a fictional analogue of Courtney Love. This marks her third collaboration with the writer-director after Queen of Earth and Listen Up Philip, and will likely make for an interesting companion piece with Brady Corbet’s Vox Lux, also in the line-up, which offers a deranged portrait of a pop star played (as an adult) by Natalie Portman. 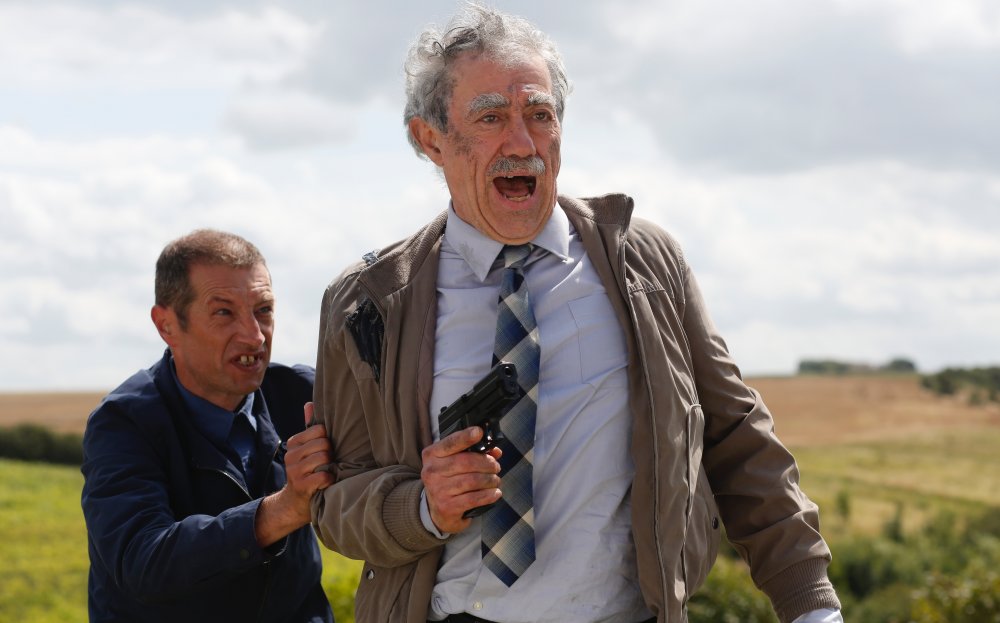 On the TV front, GFF offers a chance to see all four episodes of Bruno Dumont’s sequel series to P’tit Quinquin in one sitting and on the big screen. Quinquin is now a moody teenager going by the name Coincoin and is drawn towards a right-wing nationalist group. Meanwhile, eccentric detective Van Der Weyden is drawn into a mystery that seemingly involves extra-terrestrial attacks. 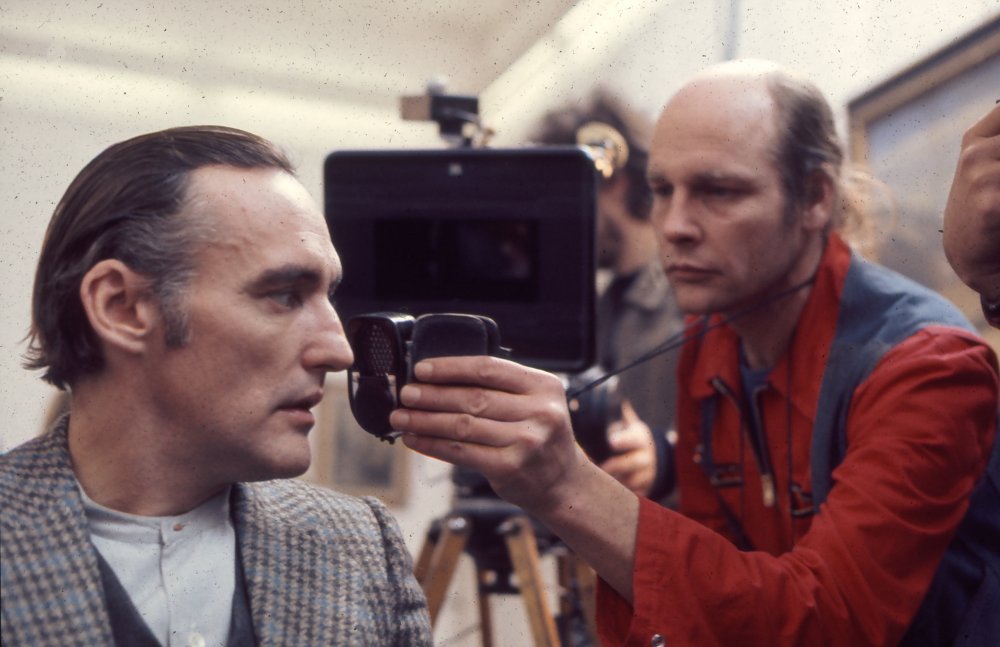 Director of photography Robby Müller, who died last July, inspired filmmakers for generations with his cinematography for the likes of Wim Wenders (Paris, Texas), Jim Jarmusch (Down by Law), Alex Cox (Repo Man) and Lars von Trier (Breaking the Waves). This documentary premiered at Venice not long after his passing. Director (and cinematographer) Claire Pijman had extensive access to his personal archives for her essay film, while Wenders and Jarmusch are among those paying on-screen tribute. 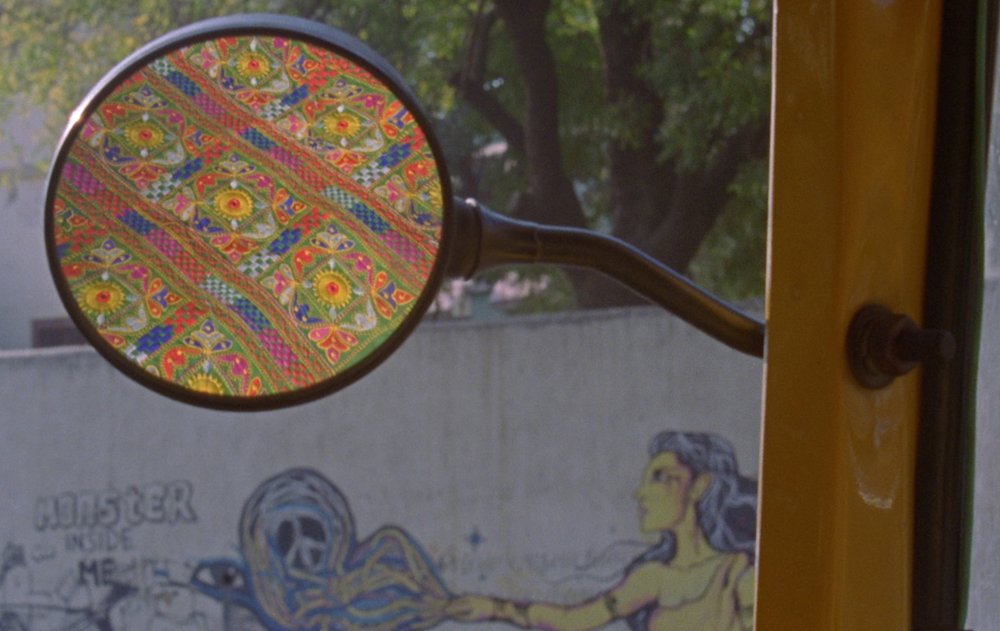 GFF’s experimental Crossing the Line strand is a regular source of memorable experiences for the more adventurous festival-goer. One title that can be vouched for in advance is The Grand Bizarre, American filmmaker Jodie Mack’s first feature after a string of acclaimed shorts. Filmed in more than a dozen countries with the use of stop-motion and time-lapse 16mm photography, it’s a travelogue taking viewers through India, Mexico, Turkey and more, to the tunes of a rhythmic mixtape. It focuses on textiles for a rumination on global industrialisation and what ties the world together. It’s fascinating and quite danceable; the only downside to the screening is that it’s not playing in a club.