What to watch at Britain’s biggest rural film festival. 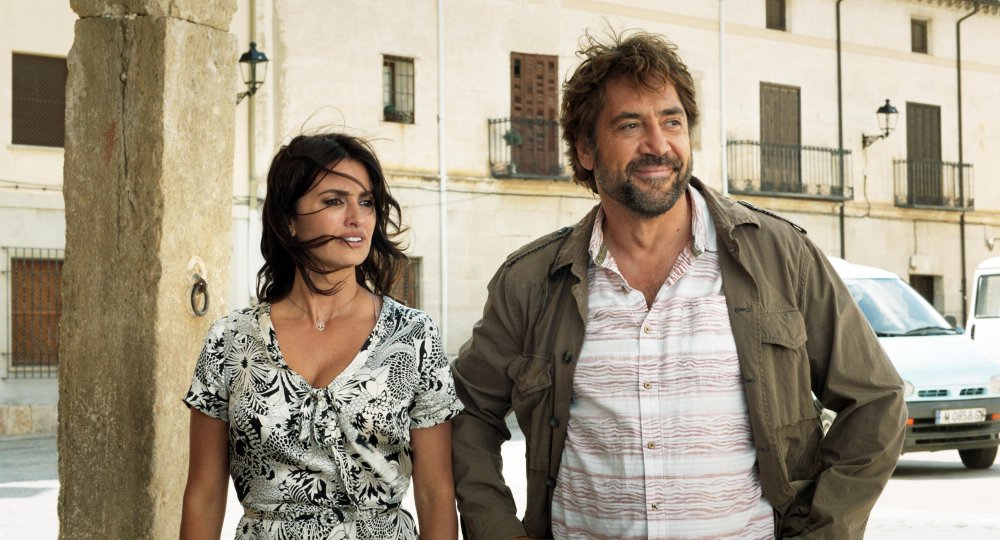 Now in its 17th edition, the Borderlines Film Festival is an annual celebration of the best of world cinema that spreads out across 25 different venues throughout Herefordshire, Shropshire, Malvern and the Marches.

Kicking off on 1 March with Asghar Farhadi’s new film, Everybody Knows, the festival offers up 17 days of previews (including 29 features yet to be released in the UK), mini retrospectives, guest appearances and a smattering of archive screenings, including silent films with live musical accompaniment. This year, the programmers are proudly trumpeting that 30% of their offerings meet the F-Rating standard – that is, nearly a third of all films are either written or directed by women.

Anyone who saw the hallucinatory Amazonian odyssey Embrace of the Serpent a few years back will be keen to see how producer-director team Cristina Gallego and Ciro Guerra follow it up. Birds of Passage is that film, a decade-spanning crime saga set amid the Wayúu tribe of northern Columbia that shows the malign criminal influence that slowly takes its toll on a traditional, tribal community. It’s as much of a treat for the senses as Embrace was, but this time in eye-popping colour.

Best not to read too much about this one advance. It’s fine to know that it’s based on a story by Let the Right One In author John Ajvide Lindqvist. It’s fine to know that it centres on a Swedish customs official with an uncanny (and very useful) ability to sniff out guilt and shame. Other than that, the mysteries of this very strange, very funny fantasy from director Ali Abbasi are best unravelled as you watch it.

Slow-burning, they might have called it. Lee Chang-dong’s grippingly enigmatic thriller casts a strange spell while you’re watching it, but its mysteries continue to play out in your mind for weeks after. Based on a short story by Haruki Murakami, it’s an amateur detective tale of sorts about a lovelorn guy who first loses his new girlfriend to a flashier rival then loses her altogether when she appears to disappear without trace. Teasing and ambiguous, Burning is our era’s Blowup.

Borderlines is celebrating the visionary British director Nicolas Roeg, who died last year, with screenings of four of his best. The least well known of these is Eureka, his gold-prospector parable from 1982, starring Gene Hackman, which was a major inspiration for Paul Thomas Anderson when making There Will Be Blood (2007). Roeg’s editor Tony Lawson will be there to introduce the screening.

Hereford-born director James Gardner will be at Borderlines in person to present his first feature, Jellyfish, which is currently on release around the UK. It’s the story of a volatile teenage girl attempting to transcend her hardscrabble life via her talent for stand-up comedy. Actors Liv Hill and Sinéad Matthews jointly won the Michael Powell award for best performance in a British film at last year’s Edinburgh Film Festival.

Oddly Maggie Gyllenhaal’s performance in this gripping psychodrama got no Oscar traction at all this year, but she’s at her very best. As her preschool teacher becomes fixated on facilitating the extraordinary gifts of a young boy in her care, Gyllenhaal’s ambiguous, subtly modulated turn entirely engages our sympathies – even beyond the point that’s comfortable.

The Lost Honour of Katharina Blum 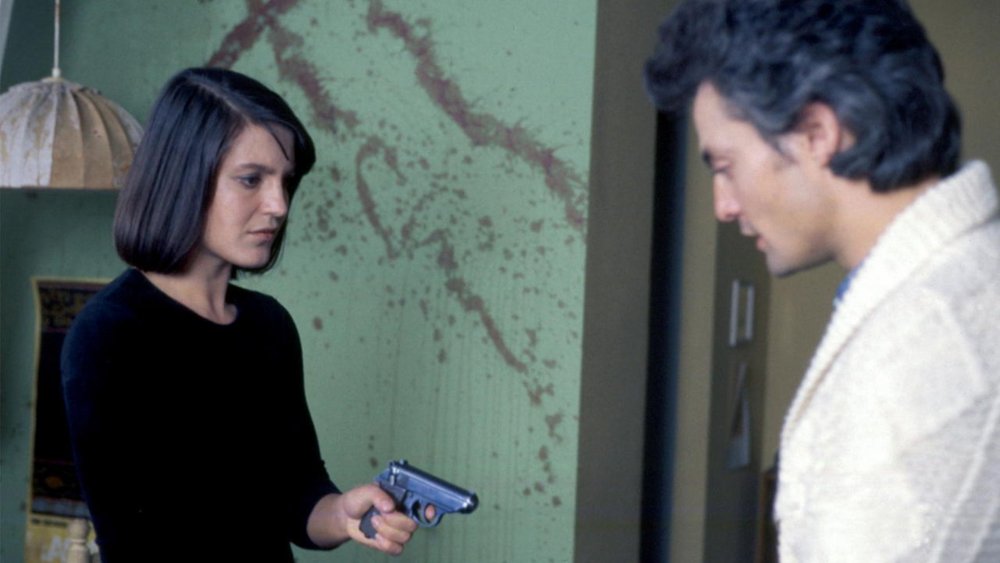 The festival is also giving some much needed attention to Margarethe von Trotta, a fellow traveller of Werner Herzog and Rainer Werner Fassbinder in the 1970s New German Cinema. The Lost Honour of Katharina Blum is perhaps her most widely seen film, an acid satire on the media centring on a young housekeeper who falls for a suspected terrorist on the run.

This is a chance to catch up with last year’s winner of the Palme d’Or, a masterful and moving drama from the prolific modern Japanese master Hirokazu Koreeda. Shoplifters is about a makeshift family of petty thieves surviving off the scraps of modern society in Tokyo. It’s the perfect introduction to one of the great living filmmakers. 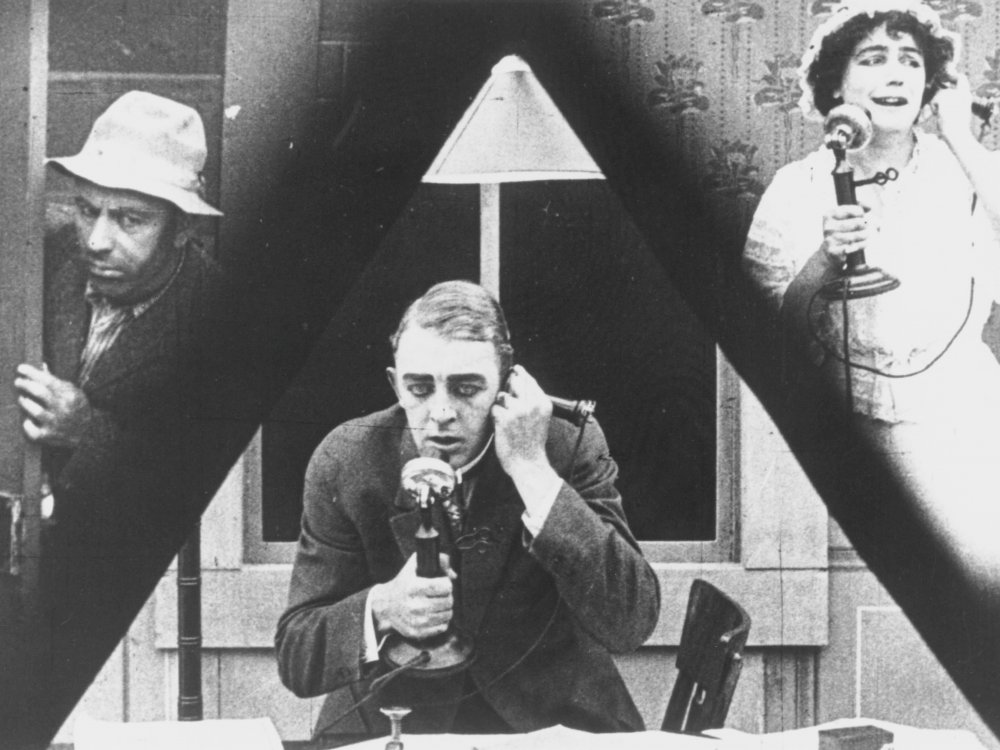 Crazily prolific and ahead of her time, silent pioneer Lois Weber was a female writer-director in Hollywood at a time when women just weren’t supposed to do things like that. Borderlines is showing two of her most famous films back to back with live piano accompaniment: her 1921 feature The Blot and the 10-minute 1913 film Suspense, which kinda invented the home invasion thriller.

Jessie Buckley gives a star-making turn as the young Glaswegian with dreams of making it big as a country music singer in this roof-raising new drama from War Book director Tom Harper. More than just Billy Elliot with cowboy boots and steel-string guitars, Wild Rose is consistently better than you expect it to be, with Julie Walters offering fine support as Rose-Lynn’s long-suffering mum.