An exciting range of 24 production and development awards is set to invigorate young people’s television. 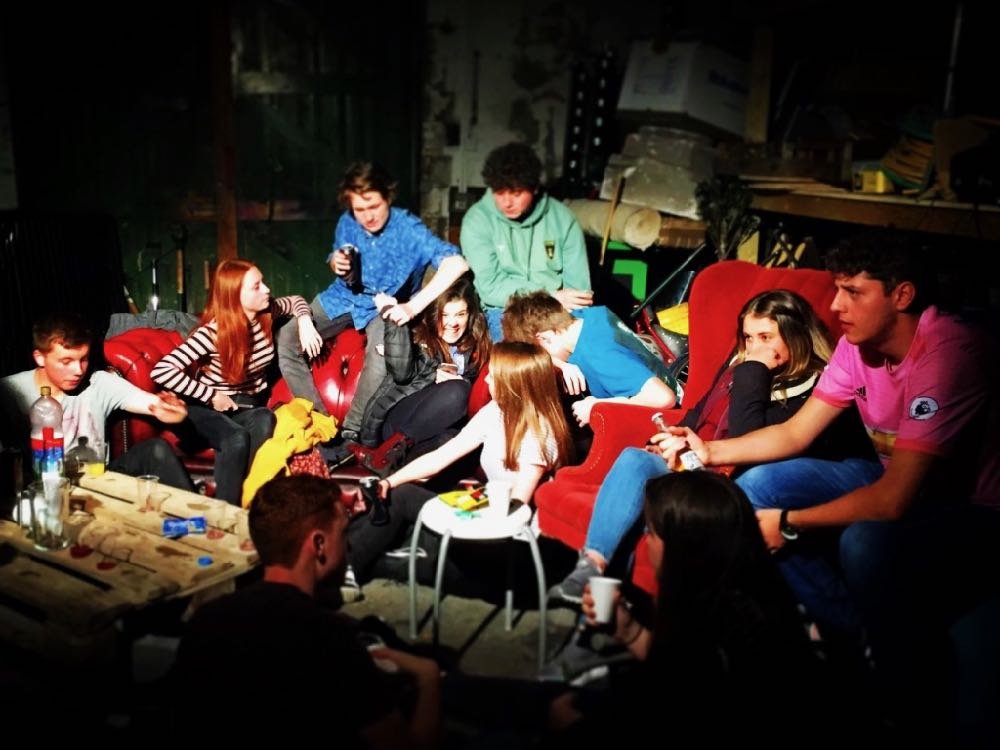 The Young Audiences Content Fund (YACF) announces its first slate of production and development awards, indicating the significant positive impact it is having on the sector. In just six months, the Fund – managed by the BFI and made possible with up to £57m Government funding – is co-funding a mix of nine series and specials, across six broadcasters: C5, ITV, BBC ALBA, S4C, TG4 and Sky.

This exciting initial slate embraces all techniques, genres and audiences, from factual entertainment for pre-schoolers to gripping drama for teens. It’s also contributing to the Fund’s 5% target for indigenous language content.

In addition, 15 Development Awards for a number of ambitious projects signals this is just a taste of things to come from UK talent working in this space. The YACF was devised to reinvigorate the sector and is set to be a game changer in the creation of high-quality new original programming for children and young people on free-to-access, Ofcom regulated services.

Culture Secretary Nicky Morgan said: “I am delighted with the positive impact of the Young Audiences Content Fund in its first six months. We need to continue to produce home-grown and original content that inspires our younger generation and is representative of the world they live in.

“It’s fantastic to see the Fund is helping really creative and inspiring projects happen and I encourage broadcasters to continue in their positive engagement with it.”

Jackie Edwards, Head of the Young Audiences Content Fund, said: “We have been thrilled by the quality of the applications, but it is the commitment and level of partnership from the Broadcasters that is helping ensure the positive impact of the Fund. By them seizing the opportunities the Fund offers, and opening up their schedules and their budgets, we are bringing brilliant new content to children and young people. I am truly excited by what we can achieve together, and having awarded almost £3.8m in the first months of the Fund, I am confident we can do so much more!”

Addressing a historic lack of investment in content creation for this age group, the Fund is backing projects that entertain, inform and reflect young audiences’ experiences of growing up across the UK today, driving plurality in the sector by stimulating public service broadcasters to invest into this content for young audiences.

Since the Fund launched in April 2019, it has been embraced by the UK production community, with over 120 applications and counting. Enthusiasm from producers and broadcasters alike has led to greenlighting these initial nine shows, and signals a very positive start to the three-year pilot.

The slate is successfully responding to the areas of concern outlined by Ofcom’s Children’s Content Review, with the majority of awards going to programmes specifically made for older children, content to help young people understand the world around them and a chance to see their UK children’s lives, in all its diversity, reflected on screen.

Mimi’s World (Adastra Development), for 0-4’s is a mixed media pre-school soap, with a sprinkling of magic, celebrating everyday feelings.

Meet the Experts (Boom Cymru TV Cyf) is a factual, live action series for 0-7 year-olds; in the show, children are celebrated, empowered and praised for their expertise in a particular subject, interest or hobby.

Louise Bucknole, VP Programming, VIMN Kids, UK and Ireland commented “We’re absolutely thrilled that Mimi’s World and Meet The Experts are our first Milkshake! commissions to have the support of the fund. They meet our Milkshake! brand values of being curious and celebratory of pre-schoolers’ lives, and enable us to feature more live-action and kids on-screen. The content will be entertaining, educational and reflective of the experiences of children growing up in the UK today.

“The YACF is an important initiative, enabling us to produce a broader range of high quality British content accessible for free in a trusted, brand safe environment.”

ITV’s first project to be funded by the YACF is the return of How! (Terrific Television (How) Ltd), the ultimate children’s information show for 6-12 year-olds. Encouraged by the Fund, CITV’s commissioned budget was upped by 10% this year, and they have seen an overwhelming response to this July’s commissioning briefing, receiving 154 individual submissions from 80 producers.

The Fund’s positive influence was evidenced in that almost half of submissions came from outside London, and 50% came from producers not best known for creating children’s television. CITV’s ambition is to green-light three additional projects from the brief in 2020, and will soon announce both a new game show and a comedy arts and crafts show. A live action comedy or drama will follow once the commission round is completed.

Paul Mortimer, Head of Digital Channels & Acquisitions ITV, comments: “The introduction of the Young Audiences Content Fund and ITV’s increased investment in CITV has given us the opportunity to realise more of our creative ambitions in live action programming dedicated to our audience of UK kids and we have green-lit several non-scripted commissions. Possibly more significant, however, is our ability to get back into UK-originated scripted programming, something only possible with the assistance of the YACF.”

Rùn / Secret from Sorbier Productions is a quirky comedy drama about listening and learning, in which a mischievous deaf boy’s world is transformed thanks to a four-legged friend who becomes the “ears” he never had.

Lachlan, Balach aig a’ Mhullach / Boy at the Top also from Sorbier Productions is a breath-taking documentary charting a boy’s attempt to climb the equivalent of Everest – mountain by mountain!

Iseabail Mactaggart, Director of Strategy and Partnerships at MG ALBA, which operates BBC ALBA in partnership with the BBC: “We’re delighted that BBC ALBA and Gaelic-speaking children have been able to benefit from the Young Audiences Content Fund. The specific funding for non-English UK languages like Gaelic and Welsh is hugely supportive and it’s inspiring that one of our suppliers has been so successful during the early stages of the Fund. Sorbier TV has been creating award-winning children’s programming for a number of years and access to UK and international funds are what brings these projects to fruition. Gaelic medium education is growing in Scotland and having live-action children’s programming like this is vital for those children, their families and the education system.”

Person/A (Cwmni Da Cyf), is an innovative scripted drama for 12-14 year-olds, developed and produced by a team that includes young people. Covering themes ranging from mental health through to emotional intelligence and abuse, the special opens with the disappearance of social butterfly Moli, whose friends begin to investigate just who she really is, when they realise just how little they know her, and how much she knows about them.

In Y Gyfrinach /The Secret (Boom Cymru TV Cyf), this daring, edgy, drama for 14-18 year-olds, tackles geographic isolation. The special follows five school friends on the cusp of adult life, who go on a wild, never to be forgotten weekend, to an event arranged by influencer Gweni.

Sioned Wyn Roberts, S4C Content Commissioner said: “Commissioning original live action content in Welsh has been a priority for S4C over the years. But the YACF boost means that we can offer our audience ambitious scripted content that will hold its own against big global brands. Thanks to the Fund, broadcasters are collaborating on projects and working together in a way that did not happen before with new talent being encouraged and supported. We are extremely grateful to the YACF.”

SOL (Paper Owl Films Ltd) is a co-commission from BBC ALBA, S4C and TG4 and will be produced in three different languages: Welsh, Irish Gaelic and Scottish Gaelic. Telling the story of young Sol’s imaginary quest to save the world, following the death of his gran, this innovative and touching animation will help 8-11 year-olds understand the nature of grief.

The YACF has also funded FYI Specials (Fresh Start Media Ltd), public service broadcasting that will be available on Sky News and, after a holdback, on demand on Sky Kids. Developed for 8-11 year-olds, these documentary specials will tackle knife crime, diversity, climate change and mental health. In addition Fresh Start will create a set of I Don’t Get It explainers, looking at the big issues kids care about along with seven short films, Kidversations which look at children’s lives across the world. Driven by topics that are relevant to kids, the shows will be available to over 10,000 classrooms via First News and will air on Sky News – an Ofcom regulated and free to access channel – and available online. Following a short holdback, all content will be available on Sky Kids to view on demand.

Lucy Murphy, Head of Kids Content, SKY, comments: “Kids care passionately about what’s going on in the world and we’re delighted that the funding from the BFI YACF will allow us to produce relevant and timely programming addressing issues such as knife crime and mental health. It’s also vital that children themselves have a voice which is why young people will be presenting the documentaries in a way that gets sensitive information across in a really direct way.”

Karl Warner, Controller of E4 said: “Channel 4 and E4 have always been a home for young audiences looking for innovative and alternative ideas. We’ve been working on a range of new projects, scripted and non-scripted, and feel really excited about their potential, which will be supercharged by this Fund.”

To find out more about the Young Audiences Content Fund, please visit: www.bfi.org.uk/yacf