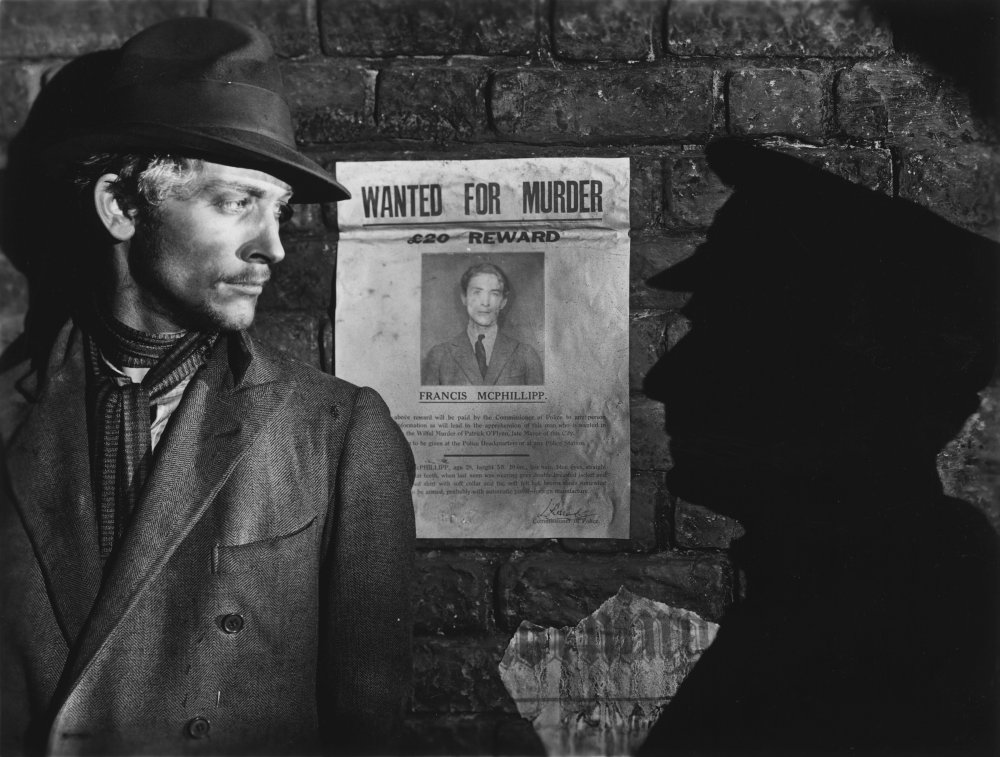 The 60th BFI London Film Festival in partnership with American Express® is proud to announce this year’s Archive Gala – the World Premiere of a new BFI National Archive restoration of Arthur Robison’s The Informer (1929). This rare silent adaptation of Liam O’Flaherty’s famous novel is set among Dublin revolutionaries in the early days of the newly independent Irish Free State, formed in 1922. The Archive Gala will take place at BFI Southbank on Friday 14 October, 6.30pm in NFT1 and features a specially commissioned live score by Irish composer Garth Knox with a six piece ensemble.

The new restoration by the BFI will offer a chance to see this powerful and important film in its silent form with newly reinstated atmospheric, lavender tinting. BFI National Archive curator, Bryony Dixon has described it as “one of the finest films produced in a British studio in the 1920s” – 100 Silent Films (2011).

“The BFI National Archive is delighted to have restored another major British feature film from the silent period and to be premiering it at the BFI London Film Festival. The quality of the restoration is extraordinary, despite some huge challenges that we had to overcome. The noirish cinematography looks spectacular once again, especially the lustrous quality of the inky, velvety shadows achieved by the restoration team.”

“The Archive Gala has become one of the Festival’s most anticipated presentations for film lovers, matching vibrant film restoration work with newly commissioned scores. Our commitment to profiling the history of British cinema, and the vital preservation and restoration work of our BFI colleagues, feels more essential than ever in our 60th year when we also shine a light on the BFI London Film Festival’s heritage.”

The adaptation and Liam O’Flaherty

This is the earliest adaptation of O’Flaherty’s novel The Informer. It has been adapted a total of four times, most famously by O’Flaherty’s cousin, John Ford in 1935.

Liam O’Flaherty was born in the Aran Islands off Galway and was still in his 20s when he wrote the novel in 1925. He was involved briefly in the post-Treaty troubles in 1922 and so was in a position to write with some authority about this complex period in Ireland’s recent past.

The action begins when a group of revolutionaries from an unnamed group are meeting undercover in a working-class district unknowingly observed by the police. During the ensuing raid the chief of police is shot and killed by Francis, a trigger-happy member of the group, who is forced to flee in order to preserve the group’s secrecy. When he returns to say goodbye to his mother he goes to see his former lover and co-revolutionary, Kate. When he discovers that she appears to have taken up with another of their comrades, the scene is set for betrayal and tragedy as events gather pace over during the following day and night. 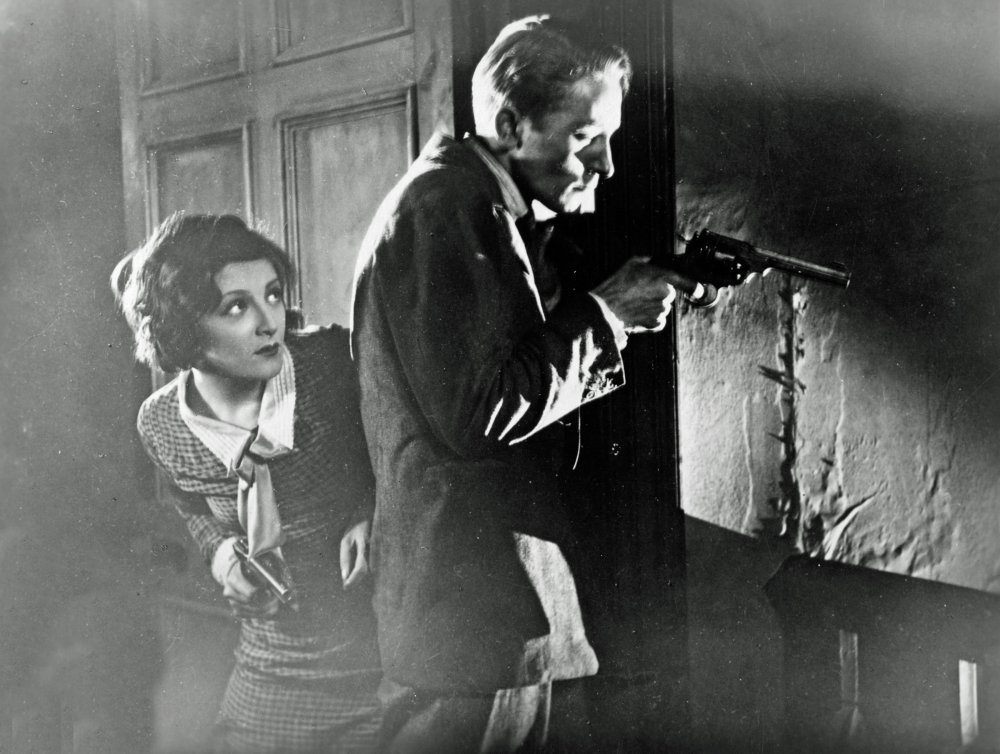 O’Flaherty claimed in his autobiography that he wrote The Informer “based on the technique of the cinema,” as “a kind of high-brow detective story”. Robison’s style in the film reflects this, anticipating the expressionistic aesthetics of film noir. Less ostentatiously arty than some of his contemporaries, Robison’s claustrophobic design has one foot in the 1930s. The oppressive, boxed-in feel is reinforced by the studio photography, with nearly all shots framed in mid-shot or close-up.

The dense narrative develops in a short time heightening the intensity of emotional effect. Our sympathies are challenged to deal with the complexity of personal versus political loyalties, where no-one is entirely innocent and the implications of seemingly minor or impulsive decisions create inescapable moral dilemmas for all the protagonists.

Although made at Elstree Studios by British International Pictures, The Informer was a supremely international production, boasting an acclaimed German/American director, Arthur Robison; English actor Carl Harbord plays the tragic Francis, while Swedish actor Lars Hanson is his love rival Gypo Nolan. The object of their affections is the luminously beautiful Hungarian star, Lya de Putti. The Informer was entirely photographed in the studio, although the design and photography – by J. Elder Wills and Germans Werner Brandes and Theodor Sparkuhl respectively – is good enough make you believe you are in 1920s Dublin.

The new BFI commissioned score is by Irish composer and violist Garth Knox. Garth is at the forefront of the new music scene in many fields, drawing on his vast experience as viola player of the Arditti Quartet and the Ensemble InterContemporain. Composing for a six piece ensemble including accordion, flute, Irish pipes and viola d’amore, he brings a wealth of cutting edge composition techniques, whilst also opening up the music of the past with his interest in medieval, baroque and traditional Celtic music.

The restoration and DVD release

Like Hitchcock’s Blackmail (1929), The Informer was shot in both silent and sound versions. Building on our previous work in restoring the sound version, the restoration team disentangled the two versions from existing film copies in order to establish the silent edit. This detailed analysis applied not only to the differing camera takes but also the text of intertitles. All the copies in the archive collection were thoroughly examined and the restoration work has drawn on them all – crucially, the existence of an original nitrate release print established the film’s delicate tint colour. Restoration work began in 2014 and has taken many thousands of hours of work to recreate a masterpiece. The restoration was generously supported by Matt Spick.

The newly restored version of The Informer will be released on DVD and Blu-ray by BFI DVD in February 2017.