A treaty negotiated for the UK by the BFI, with support from the DCMS and UK Trade & Investment in Beijing, will allow qualifying British/Chinese co-productions to access national benefits including sources of finance and an easier passage to audiences. 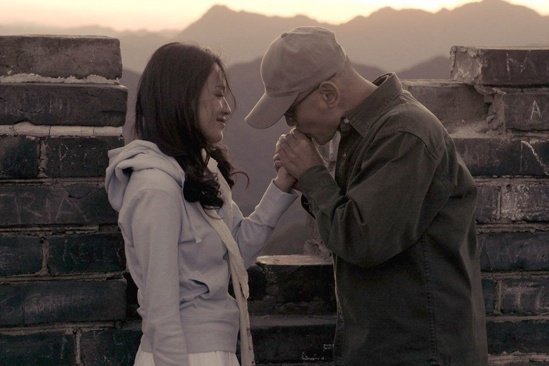 If You Are the One (2008), directed by Feng Xiaogang, recently the subject of a BFI retrospective

A landmark film co-production treaty between the UK and China was signed today by Culture Minister Ed Vaizey and Vice Minister Tong Gang of the State Administration of Radio, Film & Television (SARFT). Mr Vaizey is currently in China as part of a UK Government delegation to push forward new areas of cultural collaboration and champion the tremendous success of the UK’s creative industries.

The treaty, which was negotiated for the UK by the British Film Institute (BFI) with support from the DCMS and UK Trade & Investment in Beijing, will allow qualifying co-productions to access national benefits including sources of finance and an easier passage to audiences. In the UK this includes the Film Tax Relief and the BFI Film Fund, which is the UK’s largest public film fund. In addition, eligible co-productions will not be subject to China’s quota on foreign films, which only permits a limited number of non-domestic titles to be shown in Chinese cinemas each year.

China’s film entertainment sector (including cinema, Video on Demand and DVD) was estimated to be worth US$3.26bn in 2012. Films made as China/UK co-productions will be able to access the second highest box office audience in the world, worth US$2.7 billion and forecast to grow to US$5.5 billion by 2017.

The treaty will strengthen ties between our countries’ film industries, encouraging the sharing of knowledge and ideas as well as driving economic growth through film production.  It will also enhance our respective cultural understanding and awareness through the making of films that reflect, enhance and convey the diversity of culture and heritage in both countries.

“The co-production treaty with China, which has the largest growing film industry in the world, is hugely significant for UK film as it will open the door for our filmmakers to collaborate and contribute to each other’s success. An appreciation of each other’s filmmaking culture is the foundation for commercial success and it is fantastic that through the treaty and the landmark events that we have set up here in China and which will continue in the UK throughout 2014, that we are starting to build an even closer collaborative relationship between our two industries to enable them to flourish.”