The new BFI restoration of this silent love story of the 17th-century princess who inspired the construction of the Taj Mahal will premiere as part of our extensive India on Film celebrations. 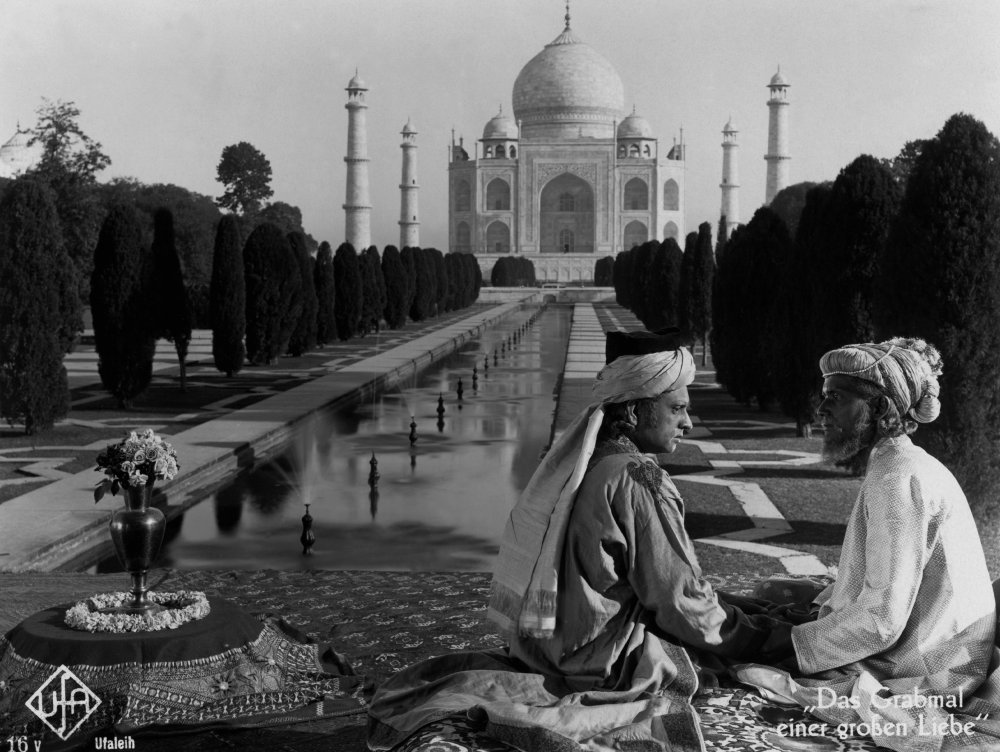 Throughout 2017, we celebrate the diversity of Indian filmmaking and films about India in cinemas and online.

The restoration of the silent Indian/British/German co-production, Shiraz (1928), was announced by the BFI National Archive today as part of the launch for the UK India Year of Culture, a celebration of the long-standing relationship between the UK and India, which will see cultural events, exhibitions and activities taking place in both countries throughout 2017.

The film will premiere as the Archive Gala at the 61st BFI London Film Festival in partnership with American Express®, on 14 October at the Barbican. Shiraz tells the love story of the 17th-century princess who inspired the construction of the Taj Mahal. Planning is now underway for the film, which has rarely been seen in India since 1928, to be screened in India once again with the Taj Mahal forming a backdrop to the event.

Both screenings will be accompanied by a live performance of a specially commissioned score by the Indian composer and sitar player Anoushka Shankar. Subsequently Shiraz will screen at festivals and cinemas across India as a powerful symbol of the partnership between India and the UK.

From April-December 2017, the BFI will present an extensive Indian film programme, including the UK premiere of Baahubali: The Conclusion on 27 April. Co-curated by BFI head curator Robin Baker and writer and programmer Meenakshi Shedde, the India on Film programme will kick off in April at BFI Southbank with Bollywood 2.0, a focus on ‘New Bollywood’ films, which have pushed the boundaries of conventional Bollywood filmmaking by combining song and dance numbers with more realistic stories that tackle issues such as caste, crime, homosexuality and feminism. The BFI will be working with the British Council and a range of festival and venue partners in India to showcase the works of British filmmakers.

In August the BFI National Archive will make an unparalleled collection of 300 newly digitised films that were shot in India during the early 20th century, including the oldest surviving footage of India on film from 1899 – travelogues, documentaries and home movies – available to audiences in the UK and across India for the first time, as part of India on Film. The collection Around India with A Movie Camera will be available both as a feature-length highlights programme for cinema and community centre screenings, and available to view for free on the BFI Player.