BFI announces Stephen King on Screen, including screenings, events and films chosen by the author

The season will include films based on the horror master’s work, personal picks from the author and a preview of Andrés Muschietti’s remake of It. 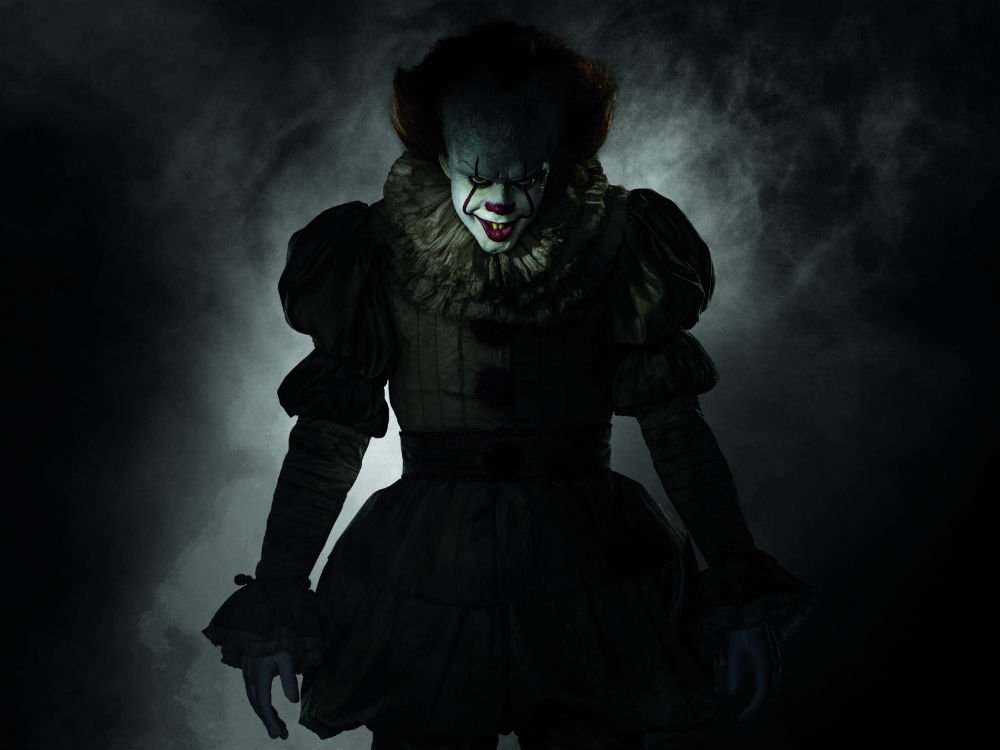 The BFI today announces Stephen King on Screen, a season of film and television dedicated to living legend Stephen King, one of the most frequently adapted and versatile writers in history, and as formidable a cinematic force as a literary one.

As 2017 sees an exciting new crop of adaptations including It (Andres Muschietti, 2017) — which will preview in the season — and The Dark Tower (Nikolaj Arcel, 2017), as well as King’s 70th birthday on 21 September and the release of a new novel Sleeping Beauties (co-written with son Owen) on September 26, there’s no better time to celebrate and re-evaluate his invaluable contribution to the moving image.

Taking place at BFI Southbank from Friday 1 September — Tuesday 3 October, the season will include screenings of classic adaptations such as Stand by Me (Rob Reiner, 1986) and The Shawshank Redemption (Frank Darabont, 1994), talks and discussions, selected screenings of films including Carrie (Brian De Palma, 1976) and The Shining (Stanley Kubrick, 1980) on the huge screen at the BFI IMAX, and a special Birthday Weekender (21-23 September) including a Stephen King Film Quiz and a Stephen King Summit. 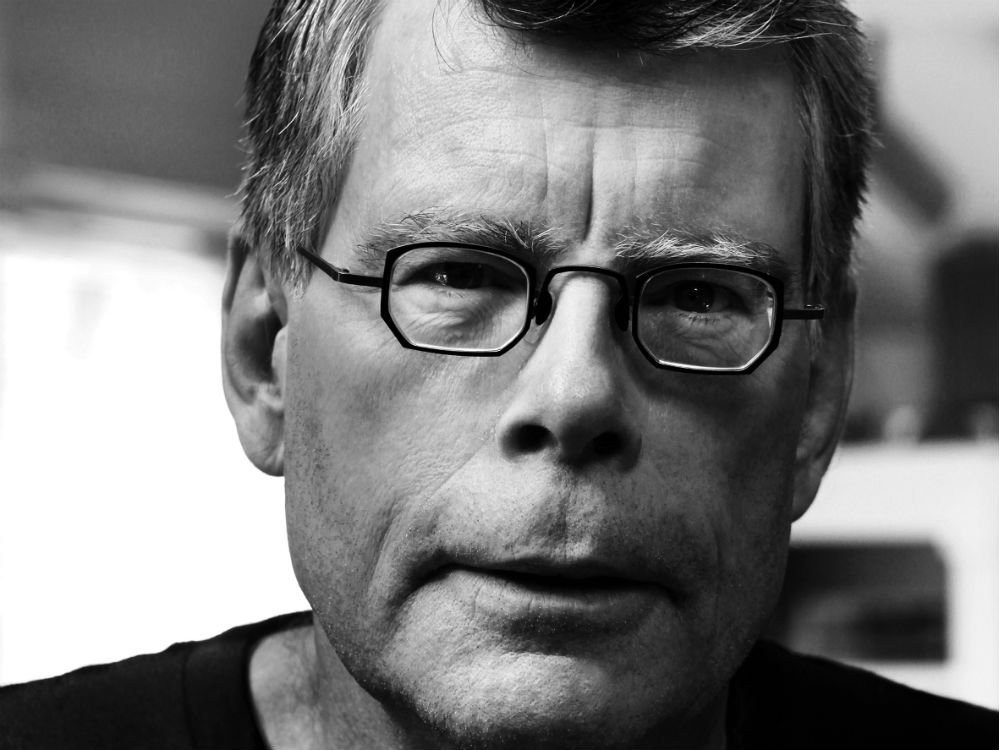 Alongside the season Stephen King has chosen a selection of his favourite films to screen exclusively at BFI Southbank. These include The Hitcher (Robert Harmon, 1986), of which King says “what sets this apart…is the amazing performance of Rutger Hauer”; Night of the Demon (Jacques Tourneur, 1957)  – “although it’s old school… the horror here is pretty understated, until the very end”; The Changeling (Peter Medak, 1980) – “there are no monsters bursting from chests; just a child’s ball bouncing down a flight of stairs was enough to scare the daylights out of me”; Village of the Damned (Wolf Rilla, 1960) – “on the subject of British horror…you can’t do much better than Village of the Damned”; and The Stepfather (Joseph Ruben, 1987) – “There’s that classic moment when he goes blank and says, “Saaay, who am I this time?” before bludgeoning his wife with a telephone”. 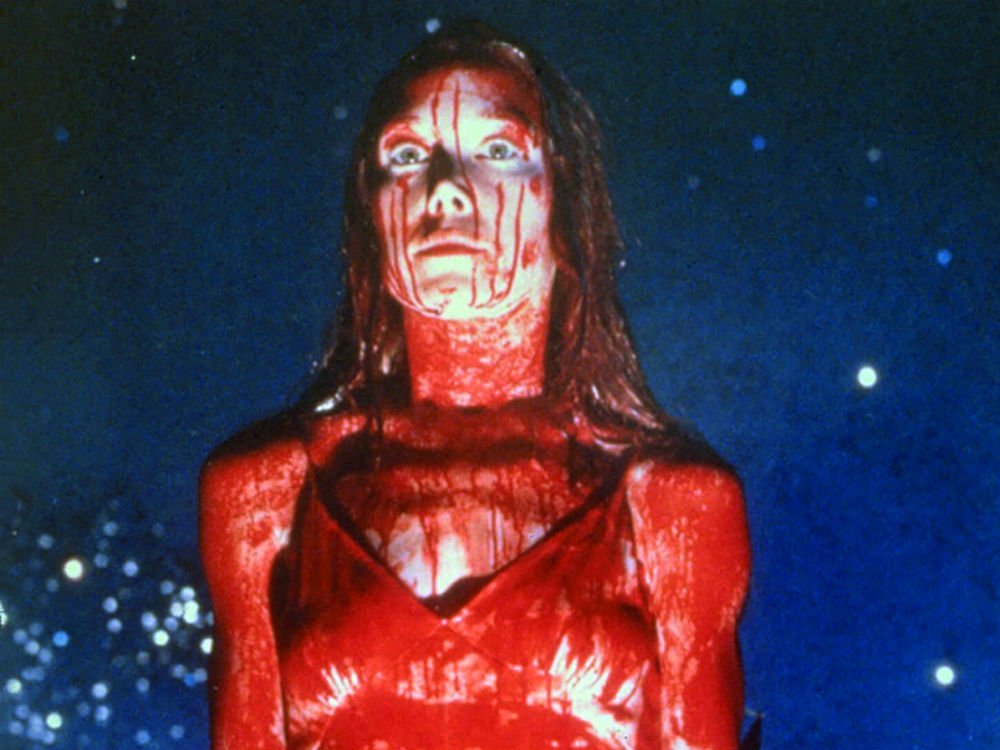 The first King novel to receive the big-screen treatment, the seminal Carrie (Brian De Palma, 1976), established both the young author and emerging director De Palma as significant Hollywood players. De Palma’s trademark baroque visuals lend an almost operatic extravagance to King’s tragic tale of a telekinetic teen who gets revenge on her taunting classmates. King returned to this theme – a child with special powers – in Firestarter (Mark L Lester, 1984), a tale of a young girl (played by a nine-year-old Drew Barrymore), who has pyrokinetic abilities; while in Children of the Corn (Fritz Kiersch, 1984), a couple driving across the Midwest stumble upon an isolated town populated only by children. Finding themselves trapped, the doomed pair soon understand the horrific fate met by the absent adults. One of Stephen King’s most terrifying creations gets a modern update in Andrés Muschietti’s new adaptation of It (2017), which previews on Monday 4 September ahead of its UK-wide release on Friday 8 September. When the sleepy town of Derry, Maine, becomes plagued with unsolved child disappearances, a group of misfit kids must face their real-life demons as well as the child-killing clown Pennywise, to take down the inhuman force that’s wreaking havoc on their town. 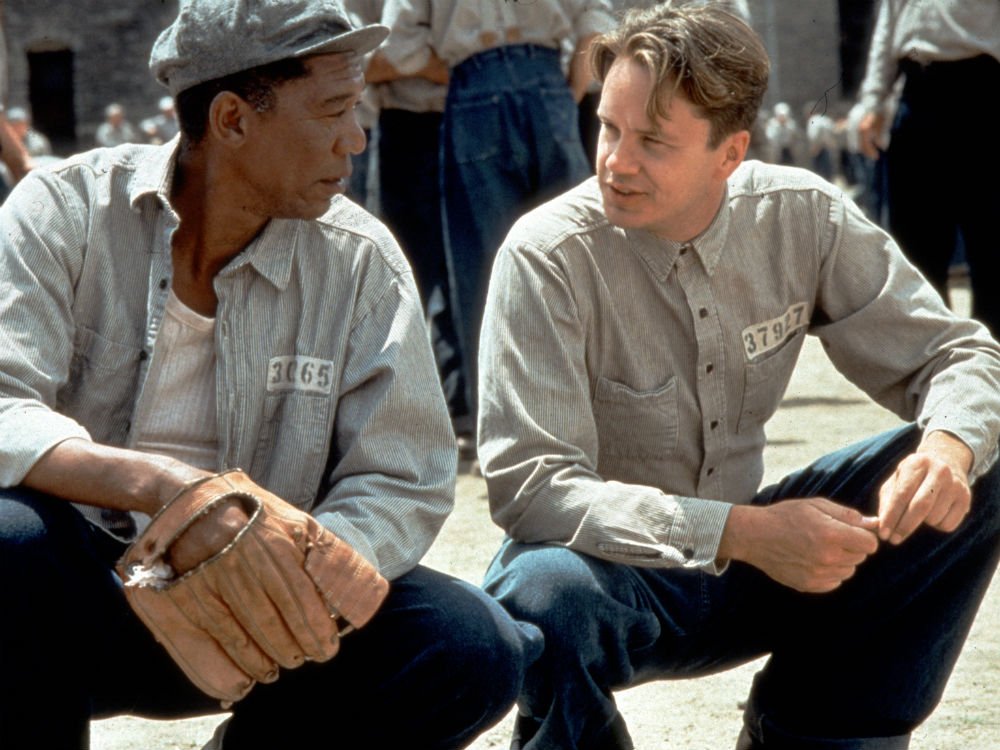 Morgan Freeman and Tim Robbins in The Shawshank Redemption

Masterful prison drama The Shawshank Redemption (Frank Darabont, 1994) is a film that needs little introduction; a permanent fixture on most ‘greatest films’ lists, but something of a box-office failure on its original release, it is a fitting testament to the enduring impact of King’s non-horror output. Darabont’s second King adaptation The Green Mile (1999) saw him once again venture behind bars to tell the story of a gentle giant on death row in possession of an extraordinary gift. For his third and final King adaptation to date, Darabont opted for a good old-fashioned monster movie. The Mist (2007) is a deft blend of heady Lovecraftian horrors and biting social commentary, in which an inexplicable fog brings forth an army of deadly creatures, leaving a disparate gang seeking refuge in a grocery store. To open our Stephen King Weekender, on King’s 70th birthday on Thursday 21 September, we’re thrilled to offer a rare screening of the film in Darabont’s preferred black and white version, as was his original intention. The Stephen King Weekender, which will be in partnership with Hodder & Stoughton, will run from Thursday 21 September – Saturday 23 September, and as well as the special black and white screening of The Mist, it will include a dedicated #KingForADay fan space, a devilishly entertaining Stephen King Film Quiz and a day-long Stephen King Summit with richly illustrated presentations, lively discussions and debate, and a chance to engage with King’s work both on screen and in print.

The small screen proved the perfect vessel for Salem’s Lot (Tobe Hooper, 1979), King’s story of a sleepy Maine town infiltrated by vampires; a heavily edited two-hour cut was released theatrically in Europe, but the full-length version which will be screened in the season most effectively captures the spirit of the original text. The Shining (Stanley Kubrick, 1980) was publically denounced by King, who likened Kubrick’s take on his bestseller to a ‘big, beautiful Cadillac with no engine inside’; this tale of a writer’s breakdown in the vast expanse of a haunted hotel is nonetheless widely regarded as a masterpiece. Taking many liberties with the source novel — perhaps explaining the author’s displeasure — the result is most certainly Stanley Kubrick’s The Shining, and not King’s. If you thought The Overlook Hotel in The Shining is the scariest guesthouse in horror movie history, why not check into The Dolphin from 1408 (Mikael Håfström, 2007). Set almost entirely in one room, this taut psychological chiller follows a writer who is known for his books debunking reports of paranormal activity. Ignoring the warnings he’s given, he agrees to spend a night in the reportedly haunted suite 1408 – a decision he may come to regret. 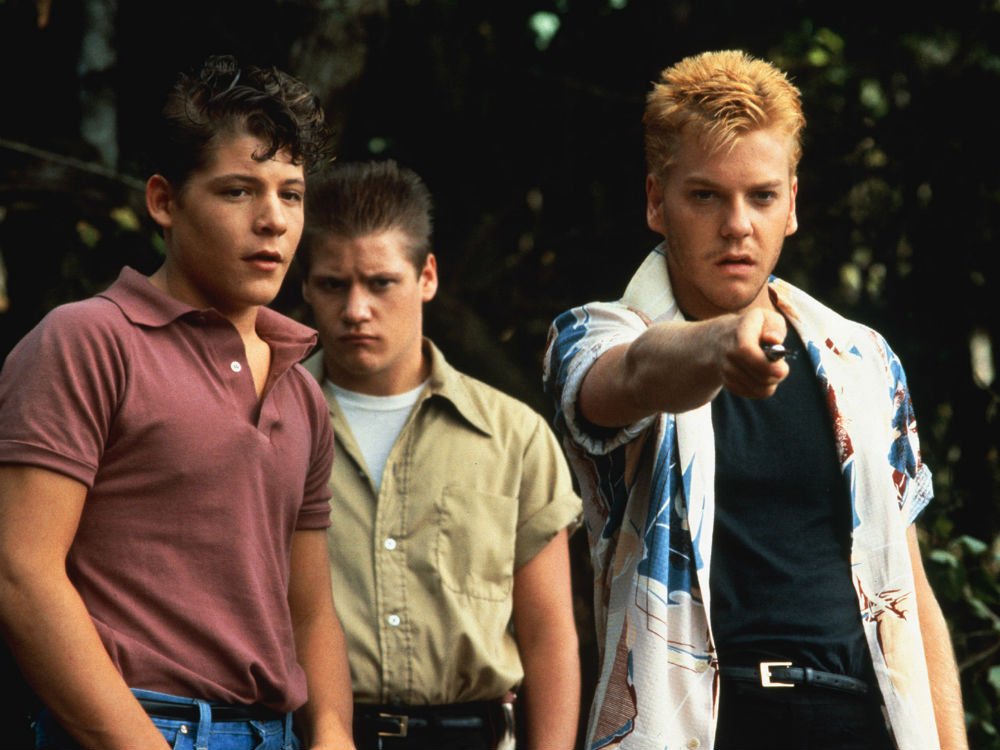 Stand By Me (Rob Reiner, 1986) was the first non-horror King adaptation, and the wistful coming-of-age movie came as a surprise to many expecting another tale of terror. Adapted from ‘The Body’ in the collection Different Seasons, this much-loved account of four young boys on a journey to locate the dead body of a missing local still displays many recognisable King tropes – the small-town setting, a writer protagonist, and a fascination with mortality, to name a few. Reiner’s second King adaptation saw him plunge headlong into much darker territory with Misery (1990). Expertly blending agonising tension with jet-black humour, it remains one of the most successful cinematic distillations of King’s writing, and features an Oscar-winning turn from Kathy Bates. Bates also stars in Dolores Claiborne (Taylor Hackford, 1995), as a housekeeper accused of murdering her employer, in a role which Bates claims to be the best of all her performances. Often overlooked in the vast pantheons of King adaptations, Hackford’s richly rendered psychological melodrama is a fascinating and rewarding piece of work with compelling feminist credentials. 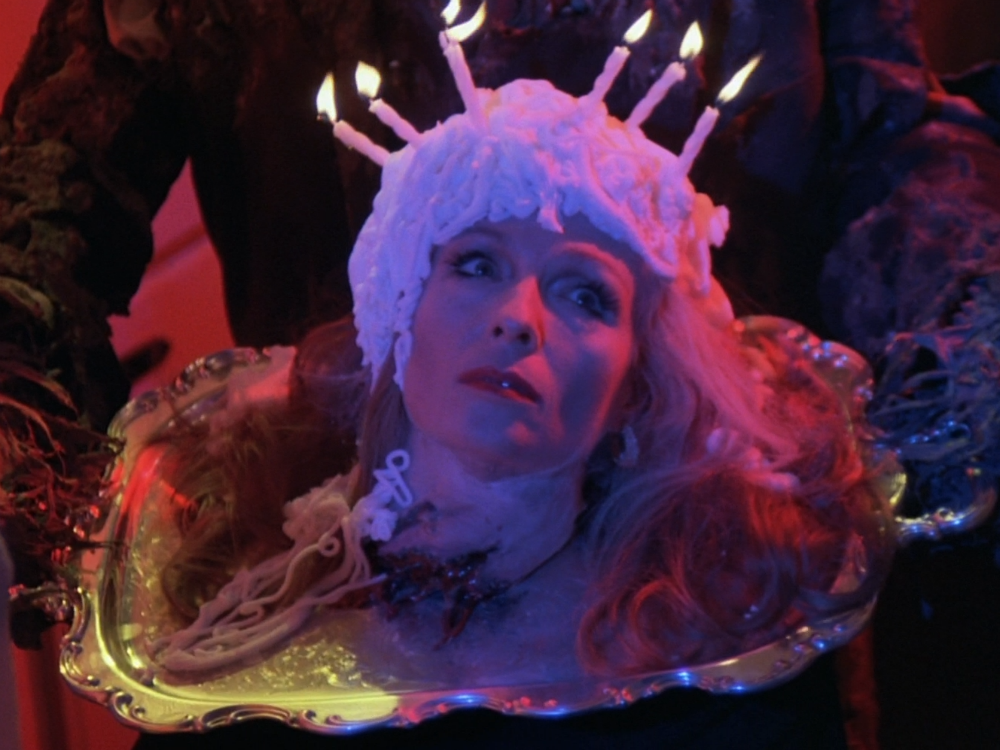 United by their shared love of vintage horror comics, King joined forces with George A Romero on Creepshow (1982), a nostalgic love letter to their favourite genre. Comprising five deliciously dark morality tales, this ghoulish explosion of colour and creativity is arguably the definitive horror anthology.  Following his unsuccessful attempts to bring both The Stand and Pet Sematary to the screen, Romero once again turned to King with The Dark Half (1993), about a writer pursued by the pseudonym he had recently laid to rest.  Despite a significant streamlining of the narrative, David Cronenberg’s adaptation of The Dead Zone (1983) remains an incredibly effective one. Croneberg’s first literary adaptation marked a surprising shift to the mainstream for the director, although his chilly, brooding aesthetic is still palpable. It’s boy-meets-car in John Carpenter’s darkly unconventional love story Christine (1983); when affable nerd Arnie buys a 1958 Plymouth Fury he gains a new found confidence, but it soon becomes clear his mystery machine is really the one in control. 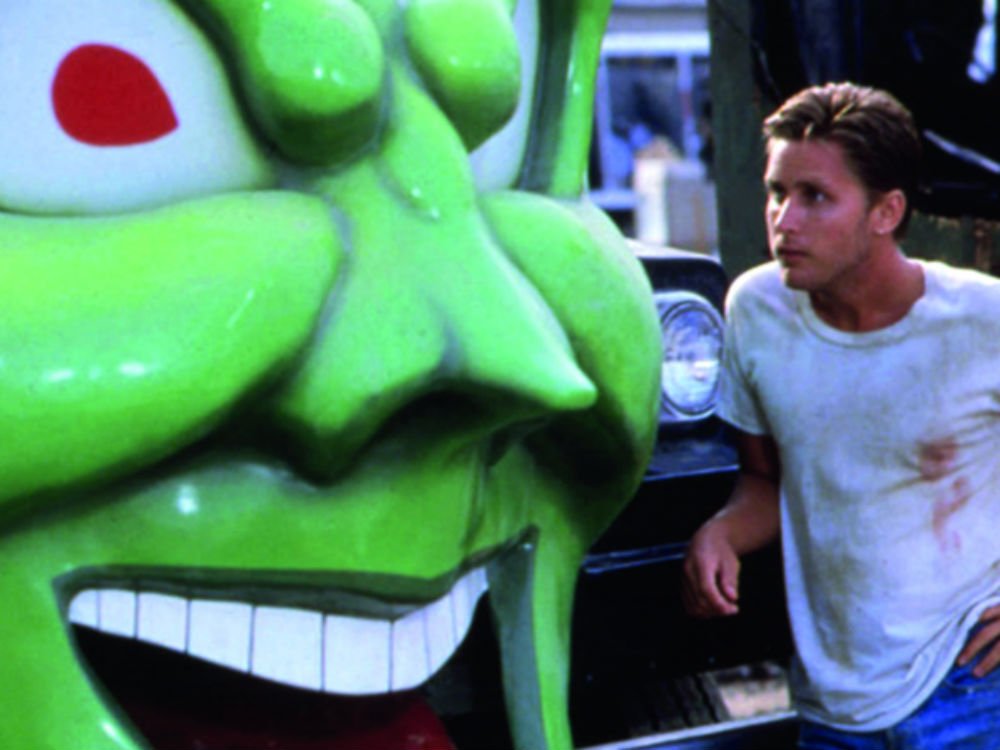 Stephen King’s only stint in the director’s chair was deemed an unqualified disaster by many, not least the man himself, who flippantly described it as a ‘moron movie.’ Looking back now, Maximum Overdrive (1986), about an army of homicidal lorries, is a lot of fun. Wickedly amusing, unapologetically campy, and with a killer AC/DC soundtrack, this is a true cult classic. The only feature based on an original King screenplay, Sleepwalkers (Mick Garris, 1992) is a loopy tale of a shapeshifting mother and son looking to feed on the life-force of young virgins. King initially feared his tale of a doctor turning to the supernatural in the wake of a devastating family tragedy was too upsetting to be published – Pet Sematary indeed stands as one of King’s bleakest novels, and in turn, one of the most unsettling film adaptations, which was brought to the big screen in 1989 by director Mary Lambert. Rounding out the season is Stephen King’s The Night Flier (Mark Pavia, 1997), quite possibly the best King adaptation you’ve never seen. This little-known gem bypassed many horror fans when it debuted direct to DVD in the late 1990s, but far more than a run-of-the-mill genre cheapie, this curious yarn about a frequent-flying vampire who prowls for victims in deserted airports is a smart and insidious treat ripe for revaluation.

Running alongside STEPHEN KING ON SCREEN will be a side-bar of films which the author loves, and has chosen specially to screen at BFI Southbank.

King on The Changeling (Peter Medak, 1980): “For supernatural horror, I like Peter Medak’s film The Changeling, starring George C. Scott in perhaps his last great screen role. There are no monsters bursting from chests; just a child’s ball bouncing down a flight of stairs was enough to scare the daylights out of me.”

King on Village of the Damned (Wolf Rilla, 1960): “On the subject of British horror (wrapped in an sci-fi bow), you can’t do much better than Village of the Damned, directed by Wolf Rilla and – like Night of the Demon – shot  in beautiful black and white. It’s an adaptation of The Midwich Cuckoos, by John Wyndham, and George Sanders does a stellar job as the schoolmaster tasked with teaching some very strange pupils.

King on The Hitcher (Robert Harmon, 1986): “The Hitcher is a terrifying road movie stripped back to basics. What sets this apart, other than some spectacular stunts, is the amazing performance of Rutger Hauer as the mysterious and homicidal John Ryder. “Where did you come from?” asks the terrified kid Ryder is chasing. “Disneyland,” Ryder whispers back.”

King on The Stepfather (Joseph Ruben, 1987): “While we’re talking about terrifying men who come from nowhere, there’s The Stepfather, with Terry O’Quinn as the murderous (but charming) psycho looking for a family to love him. There’s that classic moment when he goes blank and says, “Saaay, who am I this time?” before bludgeoning his wife with a telephone.”