The Festival additions include Screen Talks with Michael B. Jordan and Céline Sciamma, and five new films: Waves, Just Mercy, The Friend, Harriet and Wasp Network. 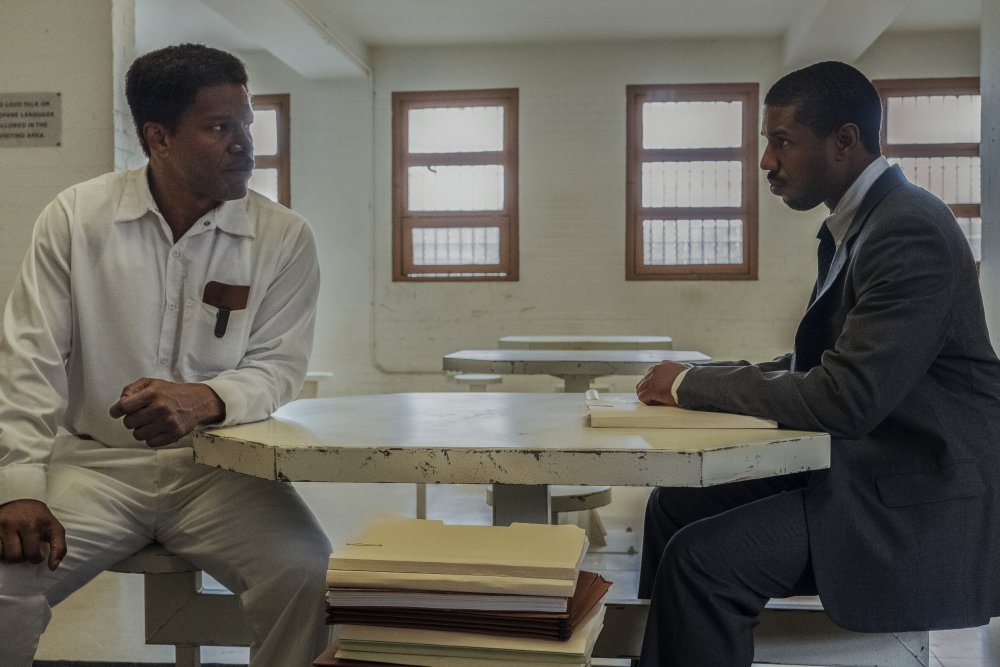 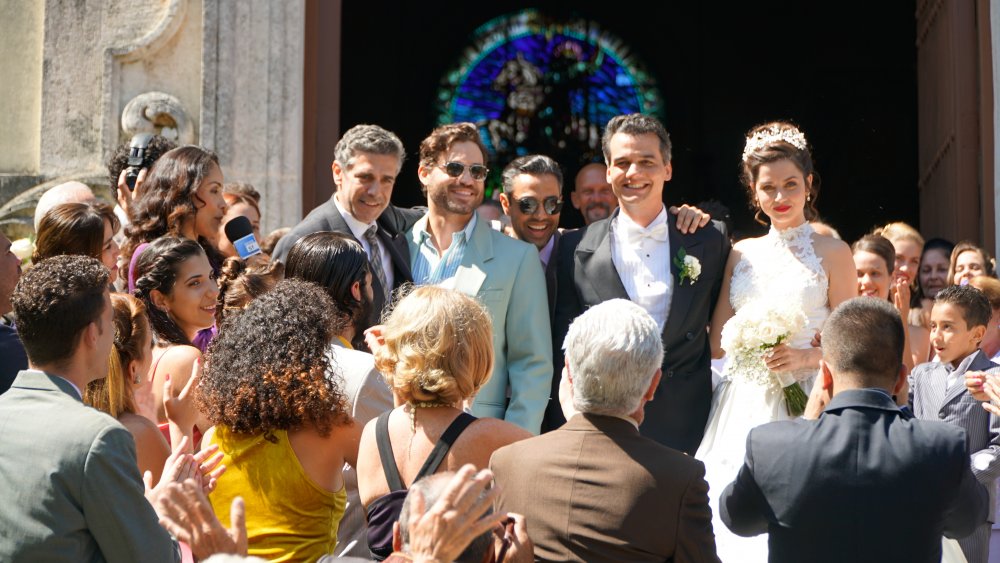 Olivier Assayas takes us deep into the world of Cuban spies in Florida, in this 1990s-set espionage drama with a sting in its tail.

One morning on a routine flight, Cuban pilot René does not return to base, instead flying to Miami for a new life. Another pilot Juan Pablo swims to Guantanamo Bay and is rewarded at the U.S. military base with a McDonald’s meal. As the men start to thrive in the anti-Castro expat community, they are soon running into political activism, FBI interference and the temptations of Florida life. Based on a true story, and featuring superb turns from Penélope Cruz as René’s principled wife Olga and Ana de Armas as the embodiment of the American dream, director Olivier Assayas has crafted a smart, evocative and meticulously textured spy procedural, which builds to a fascinating meditation on loyalty, ideology and the human cost of espionage. 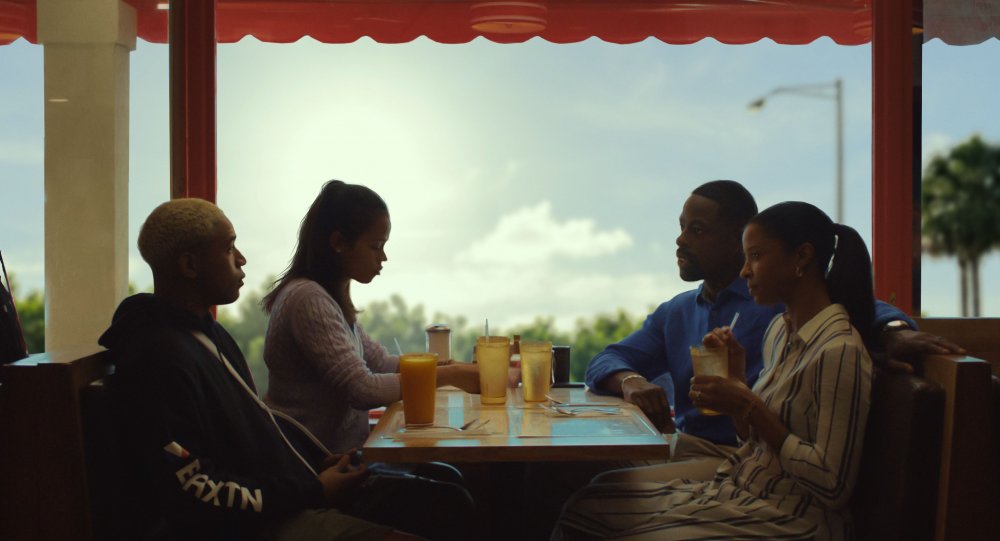 Following Krisha and It Comes at Night, Trey Edward Shultz continues to impress with one of the year’s most dazzling cinematic achievements, a study of a family’s dramatic unravelling and redemption.

Popular high-school athlete Tyler (an astonishing Kelvin Harrison Jr. who also shines in Luce) lives a seemingly privileged life. An all-star wrestler with a loving girlfriend and a supportive, affluent family, he spends his days training, and his nights partying. But beneath the fragile veneer of perfection, cracks are beginning to show. Under constant scrutiny from his overbearing father, ignoring the reality of a potentially serious shoulder injury and reeling from an unexpected development in his romantic relationship, Tyler’s world looks set to implode. As the pressures around him steadily mount, a series of events are put in motion which threaten not only Tyler’s happiness, but also the lives of the people he loves the most. To give too much away would risk spoiling the unforeseen complexities of this devastating family drama, which consistently surprises and astounds with its bold narrative ambition and bravura visual language. Once again, Shultz continues to prove himself one of contemporary cinema’s most distinctive filmmaking talents, crafting an intricate tale which is at once bracingly experimental yet always emotionally accessible.

Michael B. Jordan and Jamie Foxx excel in this powerful and impassioned death row drama based on real events.

Fresh from Harvard Law School, fledgling attorney Bryan Stevenson (Creed star, Jordan) defies the wishes of his parents, who are concerned about the notoriously racist South, when he ventures to Alabama to open a law practice to support death row inmates routinely denied proper legal counsel. Meeting with a variety of prisoners, Stevenson soon encounters Walter “Johnny D” McMillan (Foxx), a black man accused of the brutal murder of a white teenage girl, an allegation he vehemently denies, with numerous factors clearly supporting innocence. Despite Johnny D’s scepticism that he will be afforded due diligence by a corrupt system, Stevenson hires local advocate Eva Ansley (Brie Larson), and mounts an urgent case for a retrial, uncovering a chain of injustices and crucial oversights as they search for the truth. Adapted from Bryan Stevenson’s own bestselling memoir, director Destin Daniel Cretton’s methodical and interrogative approach paints a searing (and often infuriating) portrait of the fight for justice in the face of structural racism, which feels all-too timely nearly three decades after the case in question. Driven by powerhouse performances from Jordan and Foxx, who are ably supported by a stellar cast including Larson, Rafe Spall and O’Shea Jackson Jr, this is cinema at its most inspiring and essential. 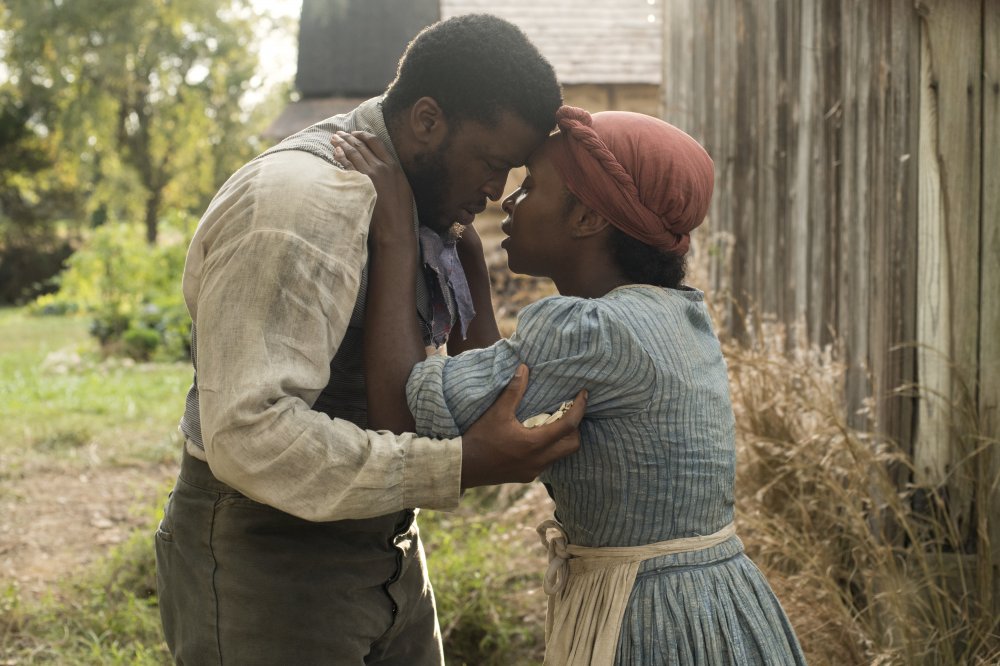 Born into slavery, Harriet Tubman nonetheless escaped the South of the US and travelled alone over 100 miles on foot to the first free state, Philadelphia. But finding it impossible to enjoy her freedom while others were enslaved, she returned as a fugitive over 13 times to dangerous Confederate states, helping more than 70 people escape in the years before the Civil War. In a performance that seems to glow from within, Erivo embodies the scale of defiant, clear-minded will that helped Tubman achieve the seemingly impossible, and she’s ably abetted by an impressive ensemble including Janelle Monáe, Joe Alwyn and Clarke Peters. And who better to bring this story to the screen than Eve’s Bayou director Kasi Lemmons (whose own achievement of being one of the few female directors of colour in Hollywood for decades is also a defiant act of heroism).  A timely and stirring reminder than sometimes the most powerful thing in the world is one individual with a will. 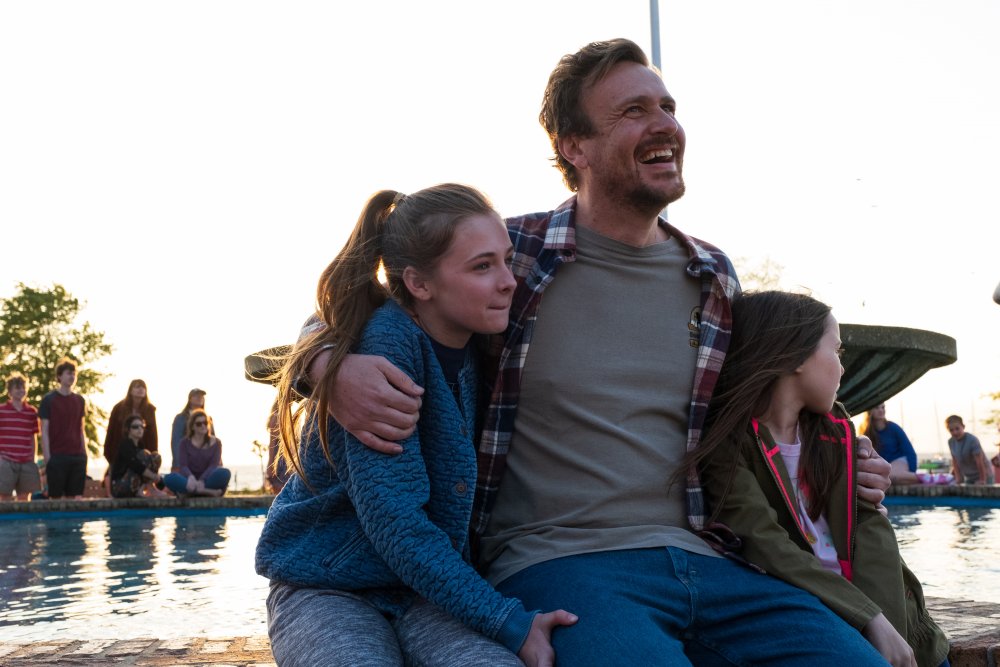 Jason Segal, Dakota Johnson and Casey Affleck star in this intensely moving and beautifully mounted drama detailing how a friend saved a family after a young mother’s diagnosis with cancer.

The tagline of Matt Teague’s autobiographical article from a 2015 issue of Esquire devastatingly reads: ‘His wife was just thirty-four. They had two little girls. The cancer was everywhere, and the parts of dying that nobody talks about were about to start. His best friend came to help out for a couple weeks. And he never left’. A sensitive adaptation of that piece, Gabriela Cowperthwaite’s (Blackfish) The Friend is a deeply affecting study of love, with Affleck and Johnson as the Teagues and Jason Segal their closest friend Dane, the man who saved Matt’s life as his wife’s condition worsened. While Johnson is always a charismatic screen presence, this is essentially a portrait of male friendship, powered by two commanding performances. Segal (The Muppets, How I Met Your Mother) in particular brings warmth and charm to a soulful Dane. While viewers should expect tears from a film that tackles the notion of dying ‘well’ – if there is such a thing – this is also a drama about living, even when that seems unfathomable, through the love and support of friends.

One of the leading French screenwriters and film directors Céline Sciamma joins us to talk about her career and the making of her fourth feature film, Portrait of a Lady on Fire. Sciamma is fascinated by female identity and sexual fluidity during adolescence. Her 2007 debut Water Lilies depicted teenage sexuality burgeoning among synchronised swimmers; it screened in the section Un Certain Regard at the Cannes Film Festival that year and was nominated for three César Awards, including Best Debut. Tomboy (2011) was about a 10-year-old transgender child; it premiered at the 61st Berlin International Film Festival and was shown in French schools as part of an educational programme. Her 2014 film Girlhood was selected to be screened as part of the Directors’ Fortnight section of the 2014 Cannes Film Festival. The film was also played at the 2014 Toronto International Film Festival and the 2015 Sundance Film Festival. Sciamma considered the film, along with Water Lilies and Tomboy, a coming-of-age trilogy. In between directing her own films, Sciamma continues to work as a screenwriter for other directors. She was sought after by André Téchiné to co-write the screenplay for his 2016 film Being 17. In 2017 Sciamma won the Cesar Award for Best Writing for her adaptation of Gilles Paris’ 2002 novel “Autobiographie d’une Courgette”. Portrait of a Lady on Fire premiered in Competition at the 2019 Cannes Film Festival, where it won the Queer Palm and the award for Best Screenplay.

With a career trajectory that parallels frequent creative collaborator Ryan Coogler, Michael B. Jordan’s rise has been meteoric. From a stunning, acclaimed performance in Coogler’s Sundance-winning Fruitvale Station in 2013, he went on to global megastar status with an intense, soulful turn as titular pugilist Adonis Creed in the Creed series of films and as Erik Killmonger in Black Panther. Pre-Fruitvale, Jordan impressed in television with roles in acclaimed shows The Wire when he was still in his teens and, just a few years later, Friday Night Lights. Moving into producing, he started his own company Outlier Society, which has a first look deal with Warner Brothers. A powerful advocate for inclusion in the industry, Outlier was one of the first in 2018 to publicly adopt the Inclusion Rider — a contractual stipulation which requires the hiring of a diverse cast and crew on projects. Just Mercy, directed by Destin Daniel Cretton, is one of the first projects the company have produced with the Rider in place. The film stars Jordan in a lead role which garnered rave reviews on its recent World Premiere at Toronto International Film Festival.

Celebrated screenwriter, playwright, novelist and filmmaker William Nicholson joins the LFF to discuss his career journey from working for the BBC as a director of documentary films to making of HOPE GAP, his second feature film as writer and director. Having directed numerous television documentaries from the mid-1970s to mid-1980s, Nicholson went on to write the plays Shadowlands and Lifestory, both of which won the BAFTA Best Television Drama award, as well as award-winners Sweet As You Are and The March. In 1988 he received the Royal Television Society’s Writer’s Award. His first stage play, an adaptation of Shadowlands, was Evening Standard Best Play of 1990, and went on to a Tony Award-winning run-on Broadway. In 1993 he was nominated for an Oscar for the screenplay of the film version, which was directed by Richard Attenborough and starred Anthony Hopkins and Debra Winger. His second Oscar nomination came for his co-writing work on the Russell Crow blockbuster Gladiator in 2001. Since then, his screenwriting credits include: Elizabeth: The Golden Age, Les Misérables, Mandela: Long Walk to Freedom, Breathe and Everest. In between working as a screenwriter and novelist, Nicholson wrote and directed his first feature film Firelight (1997). Hope Gap premiered at Toronto International Film Festival this year.

Atom Egoyan is one of the most celebrated contemporary filmmakers. His body of work, which includes opera, theatre, music, and art installations, delves into issues of memory, displacement, and the impact of technology and media on modern life. Egoyan joins us to discuss his distinguished career and the making of Guest of Honour, his latest exploration of unresolved personal trauma and its unintended consequences. Egoyan started his career as a short film director at the age of 17 and made five short films between 1977 and 1982. He debuted as a feature film director in 1984 with his film Next of Kin. His commercial breakthrough came with the film Exotica (1994). He received the Grand Prix in Brussels, the FIPRESCI Jury Prize at the Cannes Film Festival, and Best Motion Picture at the Canadian Screen Awards. However, it was Egoyan’s first attempt at adapted material that resulted in his best-known work, The Sweet Hereafter (1997), which earned him three prizes at the 50th Cannes Film Festival: the Grand Prix, the FIPRESCI Jury Prize, and the Prize of the Ecumenical Jury. The film also earned Egoyan Academy Award nominations for Best Director and Best Adapted Screenplay. In 2009, Egoyan directed the erotic thriller Chloe, starring Julianne Moore, Liam Neeson, and Amanda Seyfried in the title role; the film became one of the higher-grossing specialty films of the year. Egoyan is a Companion of the Order of Canada and a Chevalier of the Ordre des Arts et des Lettres de la France.

16-25 year olds will have access to £5 tickets advance sale for Harriet and the Screen Talk with Michael B. Jordan