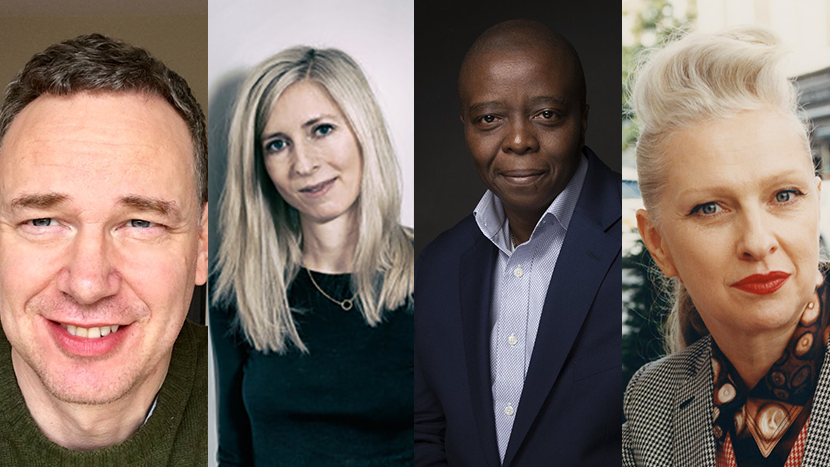 The 63rd BFI London Film Festival in partnership with American Express has announced its jury line-up for this year’s Festival Awards.

The Official Competition jury is led by acclaimed Colette (LFF 2018) and Still Alice director Wash Westmoreland, whose latest film Earthquake Bird screens in this year’s Festival; the First Feature Competition (Sutherland Award) jury will be headed up by Austrian director Jessica Hausner, whose latest film Little Joe also features in this year’s Festival; the Oscar-nominated director of Strong Island, Yance Ford, will lead the jury choosing the winner of the Grierson Award for Best Documentary; and the list is rounded off by award-winning British film producer Jacqui Davies, who will preside over the Short Film Competition jury.

Last year’s awards were a sell-out success when audiences were placed at the heart of the celebrations, with the winning film from each competitive section presented to the public as a surprise screening.

2019 will once again see each winner receive their award on stage from Festival Director Tricia Tuttle and their respective Jury President in front of a public audience, at special screenings of each film on Saturday 12 October at Vue Leicester Square.

BFI London Film Festival Director Tricia Tuttle said: “The BFI London Film Festival competitive section nominees reflect the truly extraordinary filmmaking that’s happening around the globe, from directors delivering ingenious and original cinematic visions and with something compelling, urgent and significant to say about the world we live in.

“We’re really grateful to our jurors – all hugely successful in their own right – for giving their time. While I expect them to delight in the quality of filmmaking, I do not envy them having to pick a winner from these selections. Filmmakers are making their job very difficult this year, perhaps more than ever.”

The Award categories of the BFI London Film Festival aim to celebrate inspiring, inventive and distinctive filmmaking from Britain and across the globe.

This year’s line-up features filmmakers selected from 22 different countries, with female filmmakers making up over 60% of all filmmakers in all competitions.

For the first time, the winner of each competitive section, including the Official Competition, will also be awarded a commemorative 35 mm print of their winning film, provided by Festival sponsor CPC London.

Wash Westmoreland, Official Competition Jury President said: “In a world of endless reboots and franchises, the BFI London Film Festival is more important than ever, screening original uncompromising movies that showcase brilliant new voices in filmmaking. It’s a great honor to serve as President of the Jury for the Official Competition. I look forward to a week of rigorous watching, heated debate, and dazzling cinema.”

Westmoreland is joined by: Jane Crowther, editor of leading UK film magazine Total Film; I, Daniel Blake and Happy New Year, Colin Burstead actor Hayley Squires; last year’s Official Competition-winning director for her film Joy, Sudabeh Mortezai; Game of Thrones actor Lena Headey, whose directorial debut short The Trap features in this year’s programme; and Mohamed Hefzy, an award-winning Egyptian screenwriter and producer with over 30 features to his name including Mohamed Diab’s Clash, which screened in Un Certain Regard at Cannes and in LFF Competition in 2016. Hefzy is also Director of the Cairo Film Festival.

The Best Film Award recognises inspiring, inventive and distinctive filmmaking. The 10 films in Official Competition are:

Jessica Hausner, First Feature Competition President said: “It is a very exciting and demanding task to award first feature films. I am very much hoping to discover original filmmaking and daring view-points among the films that are competing for the Sutherland Award – and I am sure to find them!

“It is a great honour to be jury president of the First Feature Competition and I am looking forward to sharing this experience with my co-jurors.”

Alongside Hausner on the jury will be: director, writer and producer Shola Amoo, who made his LFF debut in 2016 with A Moving Image, and whose second feature The Last Tree is out this year; Theresa Ikoko, a British playwright who scooped the National Theatre’s Alfred Fagon Award for debut play Girls, and who co-wrote the screenplay for Sarah Gavron’s Rocks, premiering at this year’s Festival; and Hong Khaou, a BIFA-nominated Director whose second feature Monsoon is appearing in this year’s Festival lineup and whose film Lilting opened BFI Flare: London LGBTQ+ Film Festival in 2014. Khaou is one of three filmmakers nominated for this year’s IWC Schaffhausen Filmmaker Bursary Award, created in association with the BFI to support exceptional new and emerging UK filmmakers.

The Sutherland Award for the First Feature Competition has been recognising original and imaginative debut feature directing talent since 1958. This year’s nominated directors are:

Yance Ford, Documentary Competition President comments: “It is an honour for me to preside over the Documentary Competition Jury. The BFI London Film Festival has consistently presented an incredible slate of documentary films from around the world and this year is no exception. The range of films in the Documentary Feature category is remarkable; the creative ambition, and subjects are remarkable and I look forward to viewing each and every frame. We hold the tradition of the Grierson Award in the highest regard. Our obligation to this legacy is as full consideration of each film, which we gladly accept!”

Joining Ford on the jury this year is: Cíntia Gil, formerly co-director of Portugal’s most important and steadily expanding documentary film Festival, DocLisboa, and soon to be taking her new post as head of Sheffield Doc/Fest; and Julia Nottingham, who ran the feature documentary slate at Pulse Films before setting up her own production company, Dorothy St Pictures. Nottingham’s production credits include Skate Kitchen and Kingdom of Us, which won the Grierson Award for Best Documentary at the 2017 BFI London Film Festival.

Jacqui Davies, Short Film Competition President comments: “I am truly delighted to be President of the Short Film Competition Jury at LFF this year. The selection looks very rich, with films across forms and genres from seasoned veterans and newcomers, which will make our job as a jury both challenging and exciting. Short film is a form that can explore ideas and stories in a different way to features, so I look forward to seeing original and distinctive films, to the debate and discussion and overall to being surprised!”

Davies will be joined by: Amrou Al-Kadhi a British-Iraqi writer, director, and drag performer who was named Screen International Star of Tomorrow in 2018, and selected for the 2017 BFI Flare LGBTQ+ Filmmakers’ Mentorship scheme, in partnership with BAFTA; filmmaker, film editor and screenwriter Mark Jenkin, whose short film The Road to Zennor was awarded the Best Experimental Film prize at the London Short Film Festival in 2017, and whose latest feature film, Bait, premiered at the 2019 Berlin Film Festival and is currently released in UK cinemas by BFI Distribution; actor Alex Lawther, known most recently for portraying James in the Channel 4 series The End of the F***ing World, and for his role in the episode “Shut Up and Dance” of acclaimed Netflix series Black Mirror; and Marli Siu, an actress and writer known for 2017’s Anna and the Apocalypse and recent releases Run and Our Ladies, both of which are premiering at this year’s Festival.

The Short Film Award recognises short form works that speak with a unique cinematic voice, demonstrating a confident handling of theme and content. The nominated films this year are: