Presenting his new work to mark the centenary of the First World War, the internationally renowned director Peter Jackson (The Hobbit, The Lord of the Rings) combines his personal fascination with the period and his Academy Award-winning directorial skills to bring the First World War to life in a way never seen before. 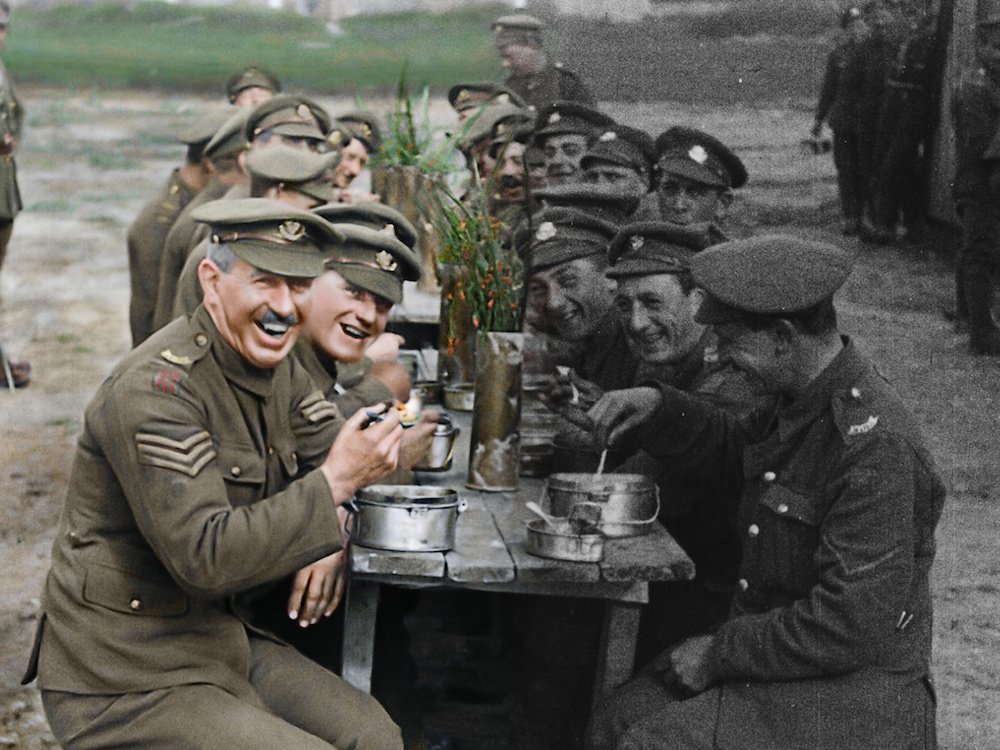 Trafalgar Releasing and BFI LFF are also pleased to confirm that the film will be simultaneously screened, in 2D and 3D to cinemas and special venues across the UK. Attended by the director Peter Jackson, the simulcast will include a special post screening Q&A with Jackson, hosted by film critic Mark Kermode.

Co-commissioned by 14-18 NOW, the UK’s arts programme for the First World War centenary, and Imperial War Museums, They Shall Not Grow Old has been created exclusively with original footage from Imperial War Museums’ film archive and audio from BBC archives.

Presenting his new work to mark the centenary of the First World War, the internationally renowned director Peter Jackson (The Hobbit, The Lord of the Rings) combined his personal fascination with the period and his Academy Award winning directorial skills to bring the First World War to life in a way never seen before. They Shall Not Grow Old uses the voices of the veterans combined with original archival footage to bring to life the reality of war on the front line for a whole new generation. Footage has been colourised, converted to 3D and transformed with modern production techniques to present never before seen detail.

“A hundred years after the First World War, we know much about the horrific impact of this conflict on its soldiers, especially the brutal scale of the casualties which decimated a generation, but Peter’s film offers new understanding of the human experience of life at the front. Using original audio and moving image archive he allows the soldiers to tell their own stories. The work his team have done on the materials, adding colour and converting to 3D, is painstaking and beautiful. It makes these people from 100 years ago seem so alive and gives an uncanny sense the footage was shot recently. It’s an honour to host the world premiere at the BFI London Film Festival.”

Peter Jackson, director of They Shall Not Grow Old, comments:

“I wanted to reach through the fog of time and pull these men into the modern world, so they can regain their humanity once more – rather than be seen only as Charlie Chaplin-type figures in the vintage archive film. By using our computing power to erase the technical limitations of 100 year cinema, we can see and hear the Great War as they experienced it.”

Tickets for this event at BFI Southbank, London and at participating venues screening the simulcast of the world premiere are available as follows:

Audiences and film fans across the country will also be able to submit questions to Peter Jackson in advance by twitter for the live Q&A, taking place after the screening.

They Shall Not Grow Old is directed by Peter Jackson, produced by Peter Jackson and Clare Olssen and edited by Jabez Olssen. Co-commissioned by 14-18 NOW and Imperial War Museums in association with the BBC. Produced by WingNut Films and Executive Produced by House Productions. Special thanks to Matthew & Sian Westerman with additional support from The Taylor Family Foundation, The Moondance Foundation, Welsh Government, Scottish Government, British Council, Tim Bunting, Jacqueline & Richard Worswick and one anonymous donor.