The Sisters Brothers, Sorry to Bother You and Dragged Across Concrete are all added to the line-up, as well as talks with Maggie Gyllenhaal, Clint Mansell and Boots Riley. 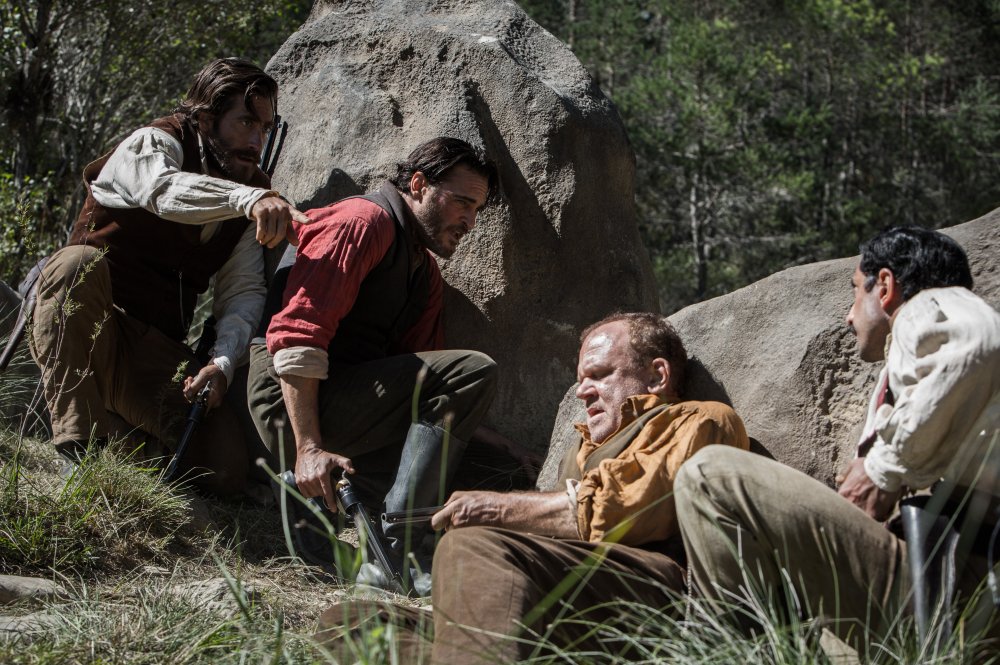 The 62nd BFI London Film Festival in partnership with American Express® today announced the addition of three new films and three new talks to the 2018 programme line-up. Films include Jacques Audiard’s Venice Silver Lion Winner The Sisters Brothers (Audiard is a two-time previous winner of BFI LFF’s Official Competition), Boots Riley’s satirical hit Sorry to Bother You and S. Craig Zahler returns to the LFF for the third time with Dragged Across Concrete.

Charlie (Joaquin Phoenix) and Eli (John C Reilly) are the Sisters brothers, assassins sent by the fearsome Commodore to kill chemist and prospector Hermann Warm (Riz Ahmed), but first to extract by any means his formula for a liquid that illuminates gold. Setting out ahead of the brothers to locate Warm, tracker John Morris (Jake Gyllenhaal) ruminates on the dizzying pace of change.

Featuring a quartet of note-perfect performances, The Sisters Brothers sees each of the men also searching his own soul: Eli longs for some of life’s simpler pleasures; Charlie doesn’t see much point in struggling against a destiny bequeathed by his pitilessly violent past; Morris and Warm aspire to a life free of incessant greed and brutality. Adapting from a novel by Patrick DeWitt, Audiard and co-writer Thomas Bidegain deliver a piquantly humorous examination of the nature of violence, fraternity and male friendship. Exquisitely crafted throughout, Alexandre Desplat’s score is a particular delight.

Sorry to Bother You 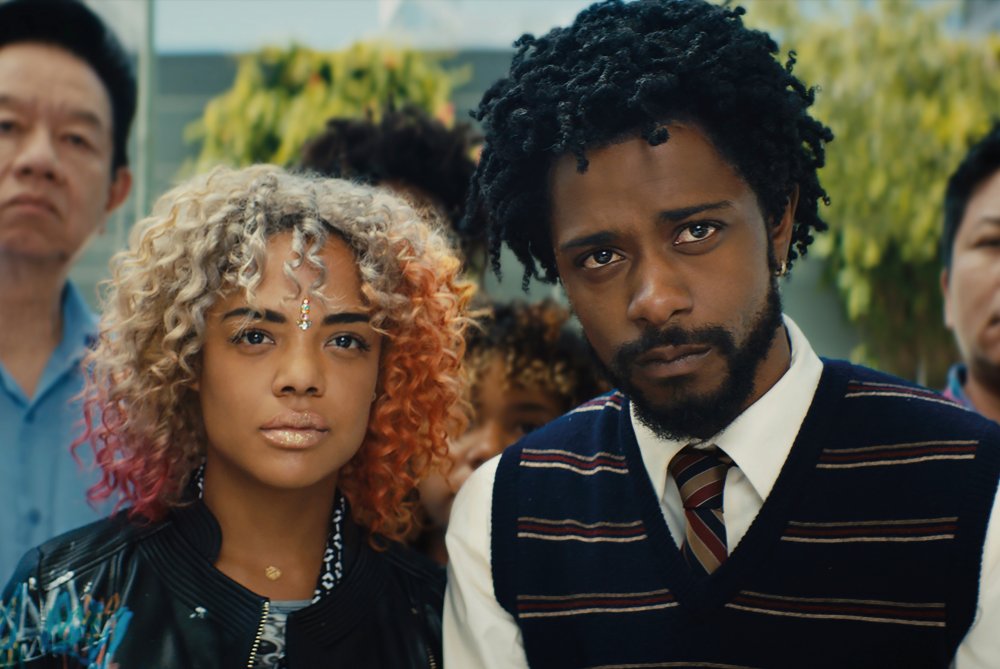 Sorry to Bother You joins the Laugh Strand, receiving its UK premiere at the LFF. A mild-mannered call centre operator whizzes up the corporate ladder after he discovers a unique ability to adopt a “white voice” in writer-director Boots Riley’s breathlessly inventive satire.

With Cassius Green’s (Lakeith Stanfield) newly discovered talent, it’s not long before he rises through the ranks of his company, moving closer to the inner circle of coke-snorting entrepreneur Steve Lift (Armie Hammer). But as Cassius soon discovers, Steve has some disturbing ambitions for him and the cost of success could be more than just alienation from both his colleagues and activist girlfriend Detroit (Tessa Thompson).

Bursting with ideas, visual panache and caustic wit, Riley acerbically lampoons office life and offers savage commentary on the young African-American experience. Joining a triumphant new wave of radical black cinema, Sorry to Bother You establishes Riley as a filmmaking force to be reckoned with. 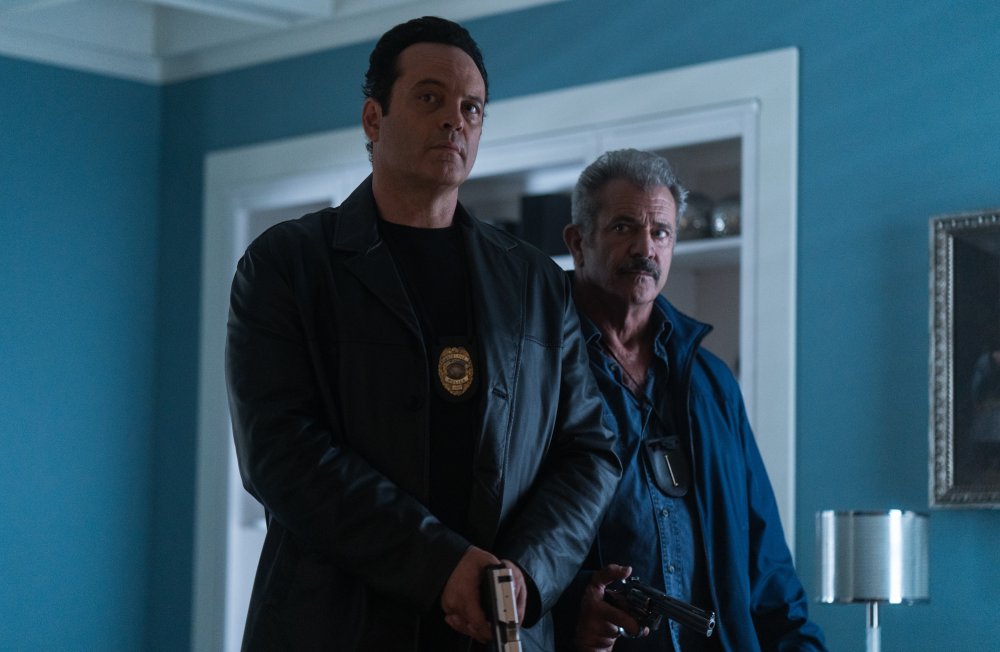 Dragged Across Concrete is as brutal and uncompromising as the title would suggest. The third feature from S. Craig Zahler (Bone Tomahawk, Brawl in Cell Block 99) is another instant classic.

When disillusioned old-time cop Brett Ridgeman (Mel Gibson) and his cocky younger partner Anthony Lurasetti (Vince Vaughn) are caught on camera forcefully strong-arming a suspect, their renegade approach to law enforcement gets them both suspended. With their egos bruised, and their finances depleted, the pair impulsively resort to a criminal plan which sees them cross paths with Henry Jones, a recently released ex-con desperate to rescue his family from poverty, by any means available.

Punctuated by moments of distressingly savage violence (and a dose of wickedly black humour), Zahler’s latest masterwork is an impeccably styled, daringly unconventional genre exercise, likely to enthral and appal in equal measures. Brace yourselves, crime thrillers are rarely boiled quite so hard. 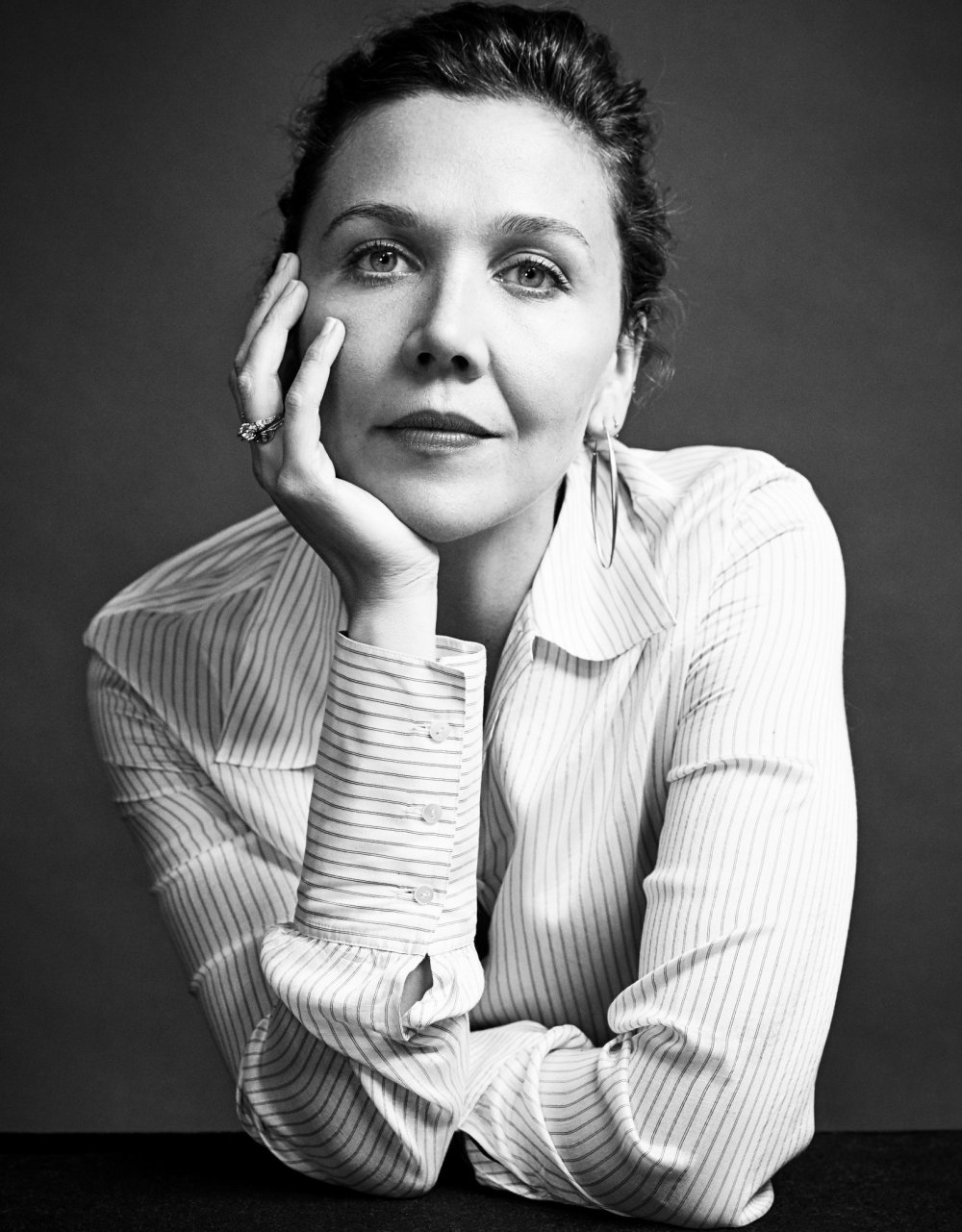 Maggie Gyllenhaal discusses a dazzling career playing smart, complex female characters, most recently captivating as a teacher who becomes obsessed with a young gifted student in The Kindergarten Teacher.

Gyllenhaal gained international attention with her supporting performance in the 2001 cult classic Donnie Darko. She was launched to indie film stardom by her unforgettable lead performance in the following year’s Secretary, for which she received her first Golden Globe nomination. The rising star followed this up with supporting turns in 40 Days and 40 Nights, and in two Charlie Kaufman films: Adaptation and Confessions of a Dangerous Mind.

Gyllenhaal received huge acclaim for playing a recovering heroin addict in Sherrybaby and in 2009 earned her first Oscar nomination, for Best Supporting Actress in Crazy Heart. She won her first Golden Globe Award and an Emmy nomination in 2015 for the TV mini-series The Honourable Woman, while this year has brought another Golden Globe nomination for her acting work on HBO’s acclaimed drama The Deuce. Gyllenhaal also serves as producer for both the TV series and The Kindergarten Teacher. 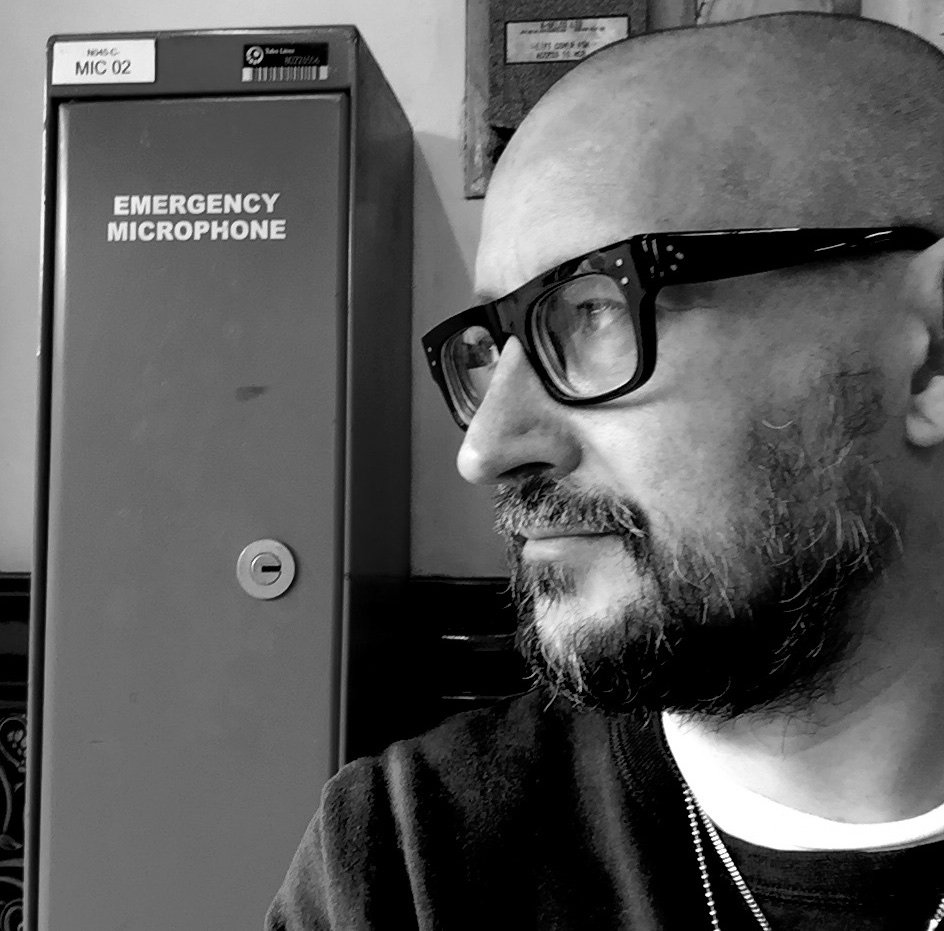 After notching up 11 Top 40 UK hits as the frontman of UK alt-rock grebo band Pop Will Eat Itself, Mansell headed to New York where a chance introduction to independent auteur Darren Aronofsky led to his film score debut, for 1998’s cult classic Pi. This director-composer union has gone from strength to strength, the pair having worked together on Requiem for a Dream, The Fountain, The Wrestler, the Grammy-nominated Black Swan and Noah.

At LFF with both Out of Blue and Happy New Year, Colin Burstead, Mansell joins us to discuss his innovative approach to making music for film, the collaborative and creative process of writing a score, and the power and importance of a film’s soundtrack. 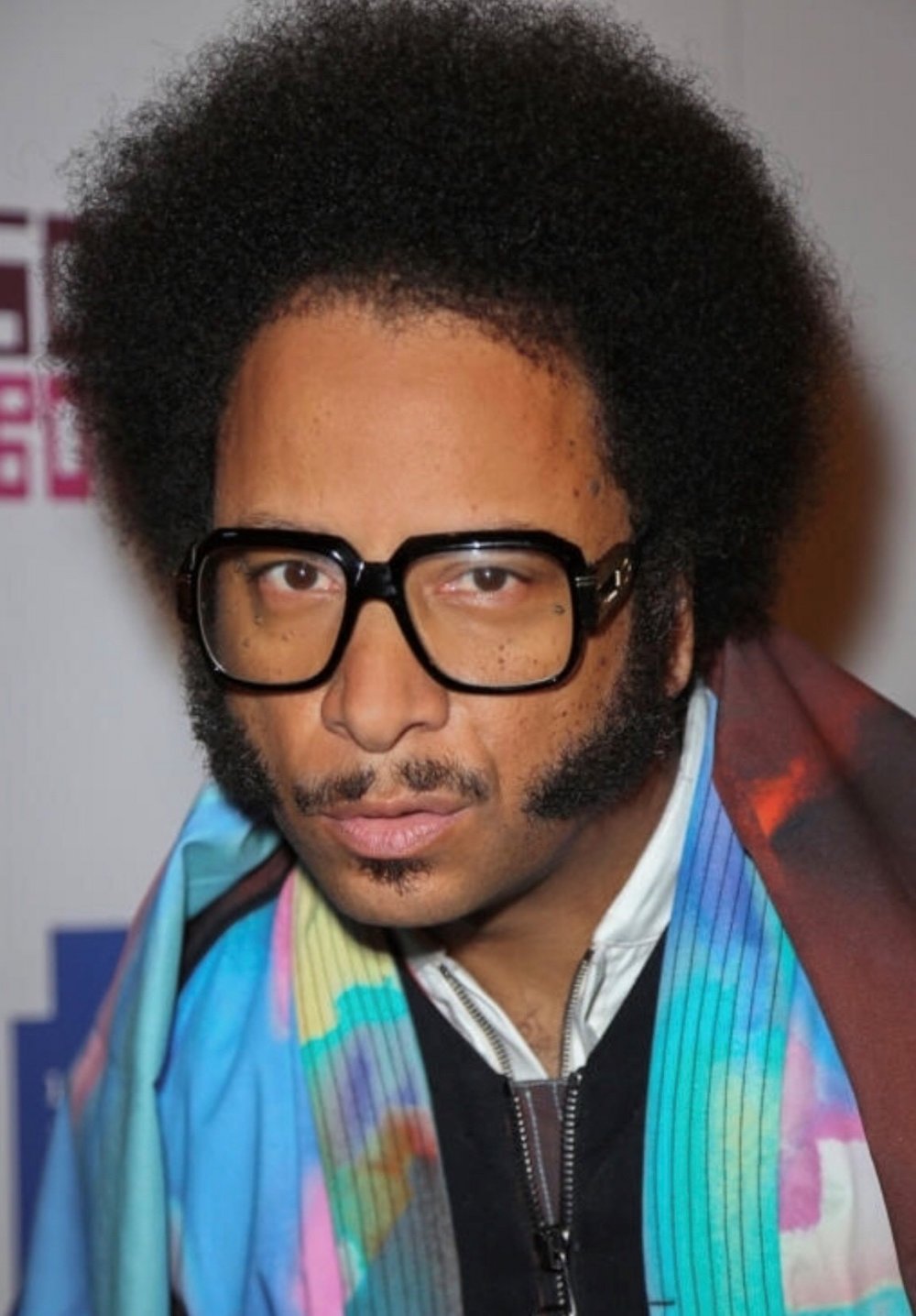 Until recently, best known as the lead vocalist of political hip hop groups The Coup and Street Sweeper Social Club, Boots Riley is fervently dedicated to the struggle for political change through culture.

His interest in politics began at a young age, inspiring him to join the Progressive Labor Party and the International Committee Against Racism as a young teenager, and latterly the Occupy Oakland movement and activist group The Young Comrades.

But he’s also recently turned to filmmaking with explosive success. His directorial debut Sorry to Bother You, is a biting, brilliantly funny critique of capitalism, greed and institutional racism, with its huge commercial success in the US suggesting he’s tapped into the pulse of a politically engaged generation. Riley joins us to share thoughts on the role of art in politics and discuss a career that shows how popular art and political engagement can co-exist.