Designed to support the future careers of exceptional new British film talent, the IWC Schaffhausen Filmmaker Bursary Award in association with the BFI is the most significant bursary of its kind in the UK film industry.

The BFI and IWC Schaffhausen today reveal the three filmmakers shortlisted for the IWC Schaffhausen Filmmaker Bursary Award in association with the BFI. At £50,000, it is the most significant bursary of its kind in the UK film industry, expressly designed to support the future careers of exceptional new British film talent.

Acclaimed directors, Paul Greengrass (Bourne, United 93, Captain Phillips) and Edgar Wright (Shaun of the Dead, Scott Pilgrim vs. the World, Baby Driver) will join Amanda Nevill, CEO of the BFI and Christoph Grainger-Herr, CEO of IWC Schaffhausen, to select the winner, which will be announced at The IWC Gala Dinner in honour of the BFI, on Tuesday 9 October – the eve of the BFI London Film Festival’s Opening Night.

Now in its third year, the Bursary is presented in recognition of outstanding British talent at the beginning of their careers and is designed to support a writer and/or director by providing them with the financial stability and time needed to develop their creativity. The Bursary affords them the freedom to focus on future projects without the pressure of deadlines or the distraction of taking paid work – a precious and extremely rare opportunity for a filmmaker. Previous recipient include writer-directors Hope Dickson Leach (The Levelling) and Daniel Kokotajlo (Apostasy).

To be eligible for the Bursary Award a writer, director or writer-director must be UK-based and have their first or second film in Official Selection at the BFI London Film Festival in Partnership with American Express®. Once again, the high calibre of shortlisted applicants is testament to the strength of British independent filmmaking and this year also highlights the intersection of film with other creative disciplines, with the three finalists each demonstrating a unique range of experience and presenting original work with a distinctive tone.

The final three in contention for the IWC Schaffhausen Filmmaker Bursary Award in Association with the BFI are: 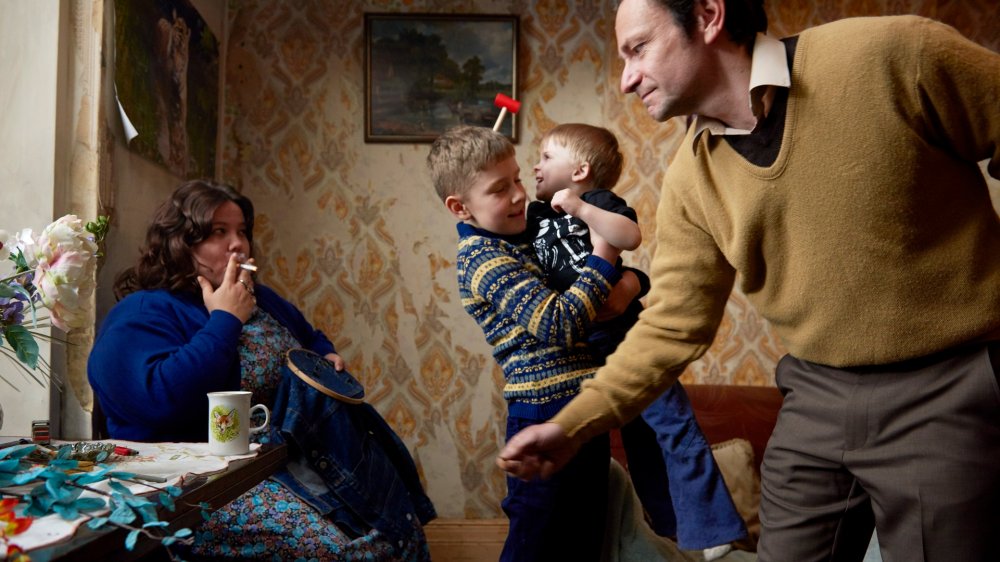 About Richard: In 1997 he was the first recipient of the Deutsche Borse Photography Prize and the following year BBC2 broadcast his film Fishtank, (47mins) produced by Artangel and filmmaker Adam Curtis. He exhibited at the Venice Biennale 2001 and was nominated for the Turner Prize the same year. His work is held in many collections including San Francisco Museum of Modern Art, The Metropolitan Museum, New York, V & A and Tate Galleries, London. Ray & Liz, his first feature film, is based on Richard’s memories, focusing on his parents Ray and Liz, their relationship, and its impact on Richard and his younger brother Jason.

“I’m extremely grateful to have been nominated for the IWC Filmmaker Bursary Award. Making Ray & Liz involved juggling so many things over six years – no matter how driven you are, you still need time and space to develop ideas. This Bursary would clear my mind of financial pressures and time constraints. I could completely focus on new subject matter and creating original stories, and find the best ways to visualise them on screen.” 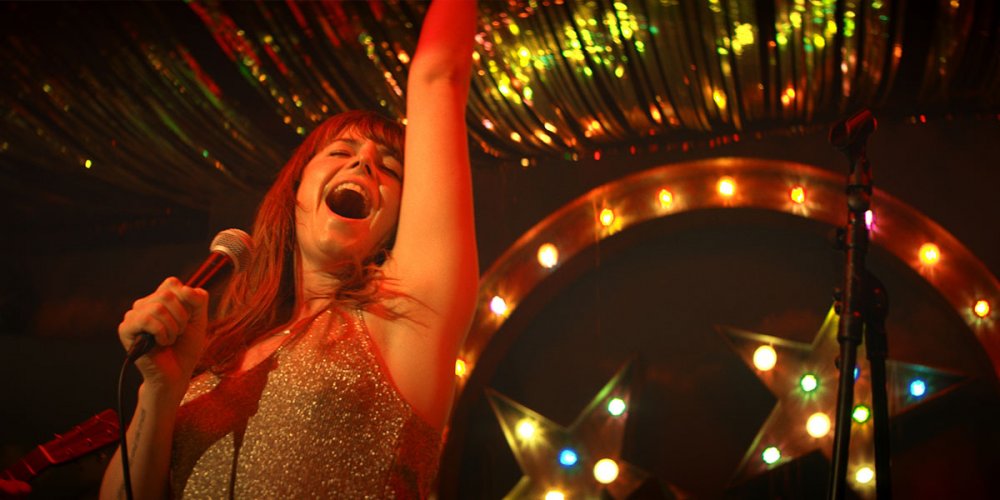 About Nicole: Nicole Taylor is a screenwriter for film and television. Most recently she wrote the drama series, Three Girls for BBC1, which won five BAFTAs including Mini-series and Writer: Drama. Prior to that, she wrote The C Word, starring Sheridan Smith for BBC1, which was also BAFTA-nominated, and has contributed episodes for series ranging from Ashes to Ashes to The Hour. Wild Rose – about a young woman from Glasgow who wants to get the hell out of there and make it to Nashville as a country singer – is Nicole’s first film. She also co-wrote the soundtrack with Jessie Buckley, who plays Rose-Lynn.

“This is the most generous award imaginable. To be supported via this bursary would enable me to keep on writing what I want to write while supporting a young family. I am so honoured to be shortlisted.”

Writer-director of Only You — LFF First Feature Competition (world premiere) 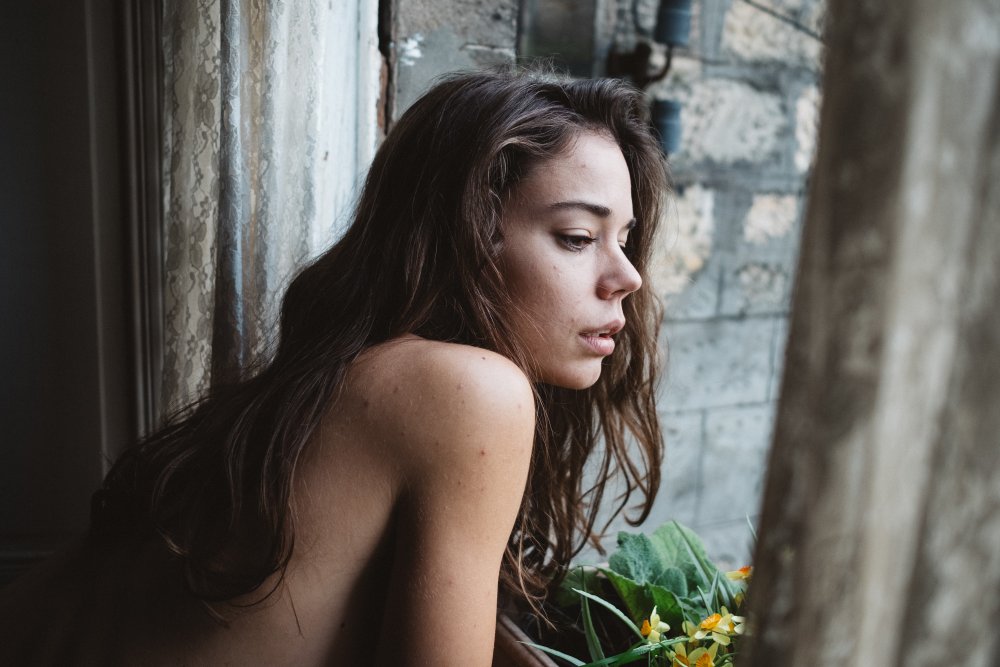 About Harry: Harry originally trained as an actress before becoming a writer-director. She was brought up in Leeds. Her first short film Nits was BAFTA-nominated and premiered in official selection at Director’s Fortnight in Cannes. Her subsequent short film, Trip, premiered in Official Selection at the Berlin International Film Festival. She has had scripts selected for Premier Plans D’Angers, Cannes Residence and Binger Film Lab. She has written and directed for television including ‘Coming Up’ for Channel 4. Only You, telling the story of a couple whose passionate love affair comes under pressure when life doesn’t go to plan, is Harry’s first feature.

“Making films has multifarious hurdles; you need an enormous amount of self-determination just to keep going. Being a filmmaker while supporting yourself and your family is near impossible; a bursary such as this really is a lifeline. And to be encouraged to take the time to delve into yourself and find the stories you have to share is a massive boost; it is genuinely inspiring. I’m very excited to be on the shortlist.”

In a unique partnership that unlocks direct philanthropic support for UK creativity and the future of British film, the Filmmaker Bursary Award was created by Swiss luxury watch manufacturer IWC Schaffhausen and the BFI. IWC Schaffhausen has been a sponsor of the BFI and the Official Time Partner of the BFI London Film Festival since 2014.