With topics ranging from transgender parenting to dating apps, the #FiveFilms4Freedom will be available online and free of charge for audiences across the globe from 16-26 March. 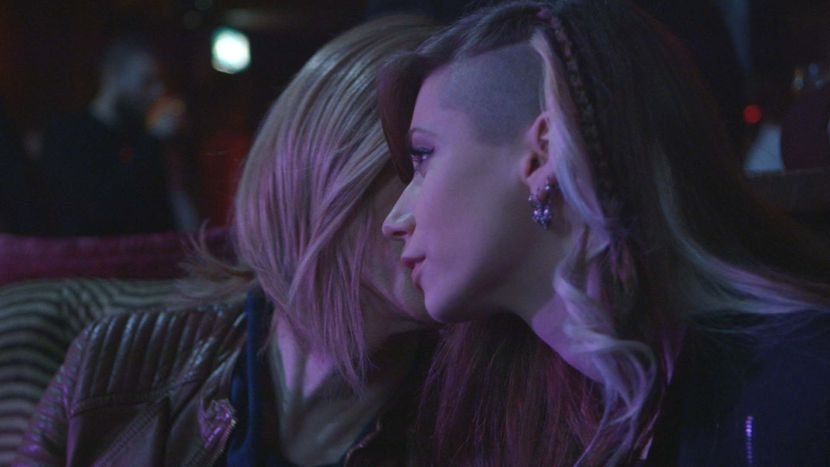 A suburban train station, London’s riverside and the streets of Paris form some of the backdrops to the stories being screened at #FiveFilms4Freedom, the world’s widest-reaching LGBT online short film programme.

The line-up for #FiveFilms4Freedom, run by the British Council (the UK’s international organisation for cultural relations and educational opportunities) and the BFI, this year explores topics ranging from transgender parenting to machismo and sexuality to dating apps.

The five short films will be made available online and free of charge for audiences across the globe from 16-26 March.

The programme has been selected from, and coincides with, BFI Flare: London LGBT Film Festival, and builds to a single campaign day – Tuesday 21 March – when people everywhere are encouraged to watch the films in solidarity with LGBT communities in countries where freedom and equal rights are limited.

On the 21 March, global audiences are encouraged to watch and share the films using the hashtag #FiveFilms4Freedom to recognise that love is a human right.

As the world’s widest reaching digital celebration of LGBT film, the initiative, now in its third year will be promoted through the British Council’s global network of over 100 countries, reaching audiences from the Americas, China and India, to Europe, the Middle East and beyond. This will be a chance for audiences, wherever they are, to enjoy LGBT cinema and to find out more about emerging LGBT filmmakers from around the world. For the first time – and commemorating the fact that 2017 marks 50 years since the decriminalisation of homosexuality in the UK – all five of the selected films are British.

Last year, the campaign reached 140 million people in 179 countries, with the United Arab Emirates, Mexico, Thailand, Saudi Arabia, the Netherlands and Germany being among the countries where the films were watched the most.

The five short films selected for 2017 include both drama and documentaries and tell stories of lesbian, gay, bisexual and transgender experiences. They range from the tentative steps of first love, through an intimate portrait of an extraordinary family, to an exuberant picture of underground cultural expression. They are:

Crush
Director Rosie Westhoff / UK 2016 / 8 mins
An almost wordless story of the flash of first love as a young girl waits for her train in Britain.

Where We Are Now
Director Lucie Rachel UK 2016 / 9 mins
An intimate documentary portrait of the relationship between a transgender parent and her bisexual daughter in Scotland.

Heavy Weight
Director Jonny Ruff / UK 2016 / 13 mins
A boxer finds his world turned upside down by the arrival of a new fighter at the club.

Jamie
Director Christopher Manning / UK 2016 / 9 mins
After chatting to a guy online, shy Jamie makes the bold step to meet up with him in person.

The five films will be available to watch online from 16-26 March on the British Council Arts YouTube channel and BFI Player.

Jake Graf, director of Chance, which was one of the #FiveFilms4Freedom in 2015, said:

“The magic and reach of film had always seemed impressive to me, but never more so than after seeing the effect of Chance’s inclusion in the pioneering #FiveFilms4Freedom project. With heartfelt emails of thanks and support from so far as Afghanistan, Lebanon and Russia, I realised that film’s power and ability to elicit positive change is truly limitless.”

“The #FiveFilms4Freedom initiative provides a great opportunity for directors to get a worldwide audience, and for a new audience to appreciate the stories and lives of the LGBT community. This event is about generating openness, empathy and showing solidarity with people in countries who do not have the same freedoms.”

“BFI Flare: London LGBT Film Festival programmes to entertain but also to open hearts and minds. Film has a unique ability to help people understand each other and we’re excited to harness that through these wonderful films. And in this year, as we reflect on the momentous occasion of the 50th anniversary of the partial decriminalisation of homosexuality in the UK, we wanted to showcase five British short films. That UK filmmakers have the freedom to tell such a rich variety of stories about LGBT experience, is the legacy of the pioneers and advocates who came before.”