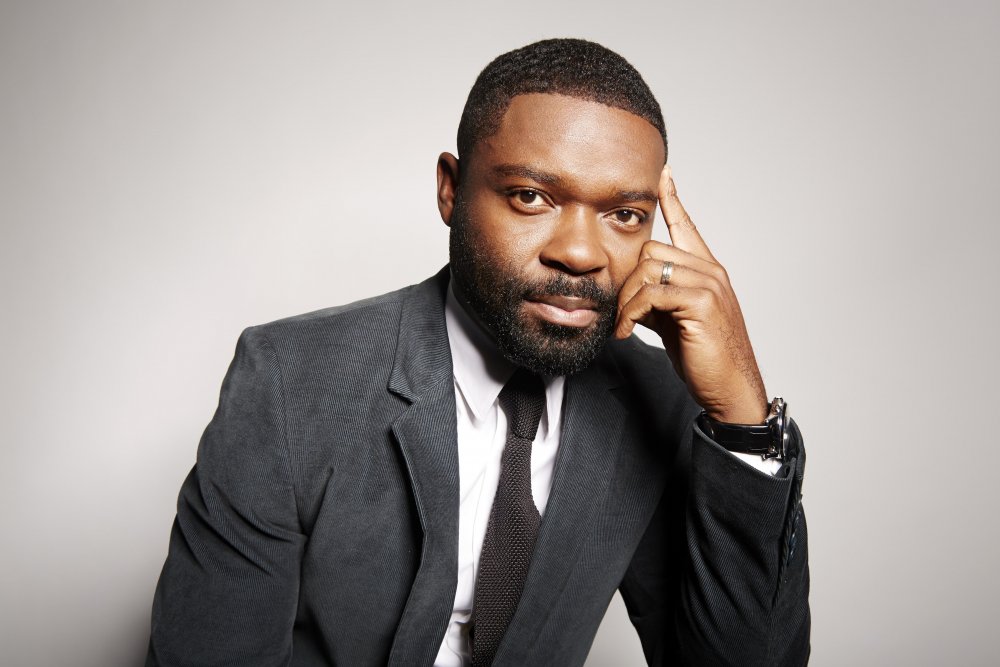 The 60th BFI London Film Festival in partnership with American Express® announces that highly acclaimed British actor and producer David Oyelowo will be the lead speaker at this year’s Festival’s headline industry event, the Black Star Symposium on Thursday, 6 October at BFI Southbank.

Oyelowo will be launching the Black Star Symposium the morning after the Festival opens with the European Premiere of Amma Asante’s eagerly-anticipated A United Kingdom, in which he stars, and he will be joined by British and international actors, filmmakers and thought-leaders to explore why opportunities for black actors to shine on screen in the US and the UK remain limited, and debate what more can be done to effect positive change.

David Oyelowo, who also stars in the Festival’s Virgin Atlantic Gala presentation of Mira Nair’s Queen of Katwe (European Premiere), is a passionate and articulate advocate for changing the framework of opportunities for black talent and for reversing the historical lack of recognition for their achievements.

David Oyelowo said: “I’m really hopeful we’re about to segue from talking about diversity to actually doing it.”

The LFF Black Star Symposium heralds the UK’s biggest celebration of black screen actors and the BFI’s cultural focus for 2016 – BFI Black Star – launching immediately after the Festival and celebrating the achievements of black actors from the earliest years of cinema through to current icons.

The BFI’s Creative Director Heather Stewart will also be unveiling the first phase of new and groundbreaking research at the Symposium about the representation of black actors in British films. The first findings focus on films released in the UK over the past 10 years (2006-2016).

“We are working towards a complete data set from the beginnings of British cinema to today, to understand what has changed both on screen and behind the camera. We want to make the data available – as both a tool and a mirror – for everyone who is in a position to say ‘yes’ to new creativity and new opportunities. It will help shape what funders, policy makers, producers, directors and writers think about when they are making decisions in a world where audiences hope for so much more than they are offered.”

The first panel will focus on the opportunities available to, and the obstacles faced by, black actors in the US and the UK; the types of roles and the kinds of stories being told; the politics vs the reality of ‘colour-blind’ casting; and the differences between the film and TV sectors in the respective territories. The second panel will discuss development and green-lighting barriers, consider how to stimulate change within media agencies, funding bodies and production companies and examine whether more diverse and inclusive creative and management teams lead to a wider variety of productions and more representative stories on-screen.

London-born writer and director Amma Asante, whose film A United Kingdom starring David Oyelowo and Rosamund Pike has its European Premiere as the Festival’s Opening Gala, has championed a vision for making more diverse stories. A United Kingdom is the true story of Seretse Khama, King of Bechuanaland (modern Botswana), and Ruth Williams, the London office worker he married in 1947 in the face of fierce opposition from their families and the British and South African governments. Her first film A Way of Life (LFF 2004) offered a chilling insight into racism whilst five young adolescents struggle to cling to their dreams. Belle told the story of Dido Elizabeth Belle, born in the West Indies and the illegitimate mixed-race daughter of the nephew of William Murray, the First Earl of Mansfield and Lord Chief Justice of England.

Actor, producer and director Noel Clarke is one of the UK’s leading stars of British film and television production spanning the BBC’s blockbuster series Doctor Who to indie films including 4.3.2.1 and Sex & Drugs & Rock & Roll. As a screenwriter Clarke’s ‘hood’ trilogy Kidulthood, Adulthood and Brotherhood (which he also directed and is currently in release in the UK) broke new ground in reflecting British urban youth culture.

Julie Dash is a filmmaker, author and member of the LA Rebellion film movement of African and African-American filmmakers who graduated from AFI (American Film institute’s conservatory) and also UCLA and created a black cinema alternative to Hollywood. Her first feature Daughters of the Dust (1991), a poignant portrait of three generations of Gullah women (descendants of West African slaves) at the turn of the 20th century, was the first feature-length film by an African-American woman released theatrically in the US and the UK (where it was distributed by the BFI). Daughters… is hugely influential to this day and is seen as one of the key inspirations for the film work that accompanied Beyonce’s Lemonade, and in 2004 it was inducted into the National Film Registry.  A new restoration – courtesy of the UCLA Film & Television Archive – is being presented at the LFF in association with Mobo Film.

Barry Jenkins is the writer and director of Moonlight, which focuses on the universal themes of finding oneself and overcoming adversity in black America today. His first film, Medicine for Melancholy (LFF 2008), earned him many fans, including Brad Pitt who is an executive producer on Moonlight. Screening in Official Competition at the LFF, Jenkins’ sophomore film is highly anticipated as the industry looks to the awards season.

David Oyelowo stars in both the Festival’s Opening Night film Amma Asante’s A United Kingdom (European Premiere) and it’s Virgin Atlantic Gala presentation of Mira Nair’s Queen of Katwe (European Premiere). Oyelowo is a classically trained actor who made his mark on the world cinema stage as Martin Luther King Jr. in the Oscar®-nominated drama Selma, directed by Ava DuVernay and produced by Oprah Winfrey and Brad Pitt’s Plan B.  He has also starred in Christopher Nolan’s Interstellar, J.C. Chandor’s A Most Violent Year, Simon Brand’s Default and Lee Daniels’ The Butler.  He has most recently starred in and produced Paramount’s true-life crime thriller Captive and the recently released independent drama, Five Nights In Maine. On stage as Henry V, he was also the first black actor to play an English king for the Royal Shakespeare Company and his television performances include the BAFTA award-winning Spooks, HBO’s Five Days, ABC’s A Raisin in the Sun and Small Island for which he was won the Royal Television Society Award for Best Actor starring opposite Naomie Harris.

Also participating in the Symposium are Karen Blackett OBE (Chairwoman, MediaCom UK) who has been instrumental not only in the success of MediaCom, the largest media agency in the UK, but in championing diversity throughout the advertising and media industry and recently was named as one of the Evening Standards Progress 1000, London’s most influential people of 2015; Ramy El-Bergamy (On-Screen Diversity Executive, Channel 4), who has worked in the independent television across a broad range of programmes and genres including Big Brother and The Voice and is focusing on ensuring the best people are being recruited onscreen for Channel 4 programmes from the widest possible pool across all genres; Ben Roberts, the BFI’s Director of the Film Fund which has supported films including A United Kingdom, Belle and Half of a Yellow Sun; and Heather Stewart, Creative Director of the BFI who auspiced the Black Star programme and the accompanying research project.

The Black Star Symposium will be attended by guests from across the British film industry including producers, directors, writers, commissioners, financiers, distributors and exhibitors as well as international filmmakers attending the LFF.

“I am delighted that David Oyelowo and his esteemed colleagues are joining us for this agenda-setting symposium. We want to amplify the ambitions and the purpose of the Black Star programme at the Festival, not only to celebrate black acting achievements, but to ask the searching questions that underpin this season. Questions about opportunity and aspiration, about the power to decide. Questions that have become increasingly urgent over the course of this year, intensified by the Black Lives Matter movement and by world events, including those closer to home.”

This year’s Black Star Symposium follows 2015’s hugely successful Global Symposium on Gender in Media, in partnership with The Geena Davis Institute and Women in Film and TV, with Geena Davis delivering a keynote speech raising the agenda internationally on the lack of gender balance in front of, and behind the camera, in the film and TV industries and the importance of committing to strategies for positive change.

In 2015 BFI Diversity Standards were introduced across all Film Fund Lottery funding schemes including film development, production, distribution and audience development. Underpinning the BFI Diversity Standards is a new BFI definition of diversity, applicable across all BFI Lottery funded projects: to recognise and acknowledge the quality and value of difference. BFI Diversity Standards are an extension and enhancement of the BFI’s ground-breaking Three Ticks initiative, launched in September 2014, with the pledge that the projects we fund should reflect the society we live in, both in terms of the people employed and the stories they tell.