Personally curated by the award-winning director, Christopher Nolan Presents will offer audiences unique insight into the films that influenced his hotly anticipated take on one of the key moments of the Second World War.

BFI Southbank is delighted to present a season of films that have inspired director Christopher Nolan’s new feature Dunkirk (2017), released in cinemas across the UK on Friday 21 July. Christopher Nolan Presents, which will run from 1-31 July, has been personally curated by the award-winning director and will offer audiences unique insight into the films that influenced his hotly anticipated take on one of the key moments of the Second World War. 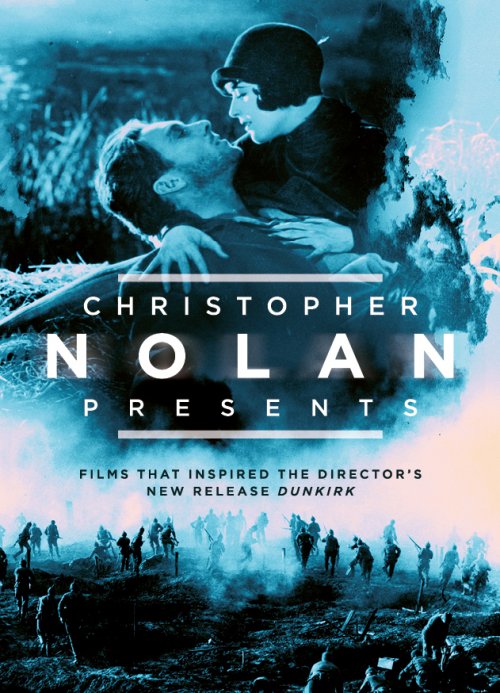 The season will include a special preview screening of Dunkirk on Thursday 13 July, which will be presented in 70mm and include an introduction from the director himself. Nolan is a passionate advocate for the importance of seeing films projected on film, and, as one of the few cinemas in the UK that still shows a vast amount of celluloid film, BFI Southbank will screen all the films in the season on 35mm or 70mm. In 2015 Nolan appeared on stage alongside visual artist Tacita Dean at the BFI London Film Festival to discuss the importance of celluloid as an artistic medium, and he consistently shoots on film despite the industry’s move toward digital.

Here, Nolan sums up his programming choices for this exclusive season:

“You might expect a season of films leading up to a screening of Dunkirk to be a selection of war movies. But I chose to approach Dunkirk more as survival story than war film. One look at James Jones’ essay on ‘Phony War Films’ (in which he takes down several of my old favourites) immediately shows you the perils of taking on real-life combat in a dramatic motion picture. In Jones’ estimation All Quiet on the Western Front (Lewis Milestone, 1930) said it first and best: war dehumanises. Revisiting that masterpiece it is hard to disagree that the intensity and horror have never been bettered. For me, the film demonstrates the power of resisting the convention of finding meaning and logic in individual fate.

“Most of the other films in this series fall into two different but overlapping categories. From established classics of tension like The Wages of Fear (Henri-Georges Clouzot, 1953) and Alien (Ridley Scott, 1979) through to the more recent ticking-clock nail-biters Speed (Jan de Bont, 1994) and Tony Scott’s final film, the relentless Unstoppable (2010), our season explores the mechanics and uses of suspense to modulate an audience’s response to narrative.

“Other titles explore the possibilities of purely visual storytelling, whether literally, in the case of the silent epics – Stroheim’s Greed (1924) and Murnau’s Sunrise (1927) – or in part, like the thrilling windswept beaches and crashing waves of Ryan’s Daughter (David Lean, 1970). The relationship of geographical spectacle to narrative and thematic drive in these works is extraordinary and inspiring. Pure cinema.

“The Battle of Algiers (Gillo Pontecorvo, 1966) is a timeless and affecting verité narrative, which forces empathy with its characters in the least theatrical manner imaginable. We care about the people in the film simply because we feel immersed in their reality and the odds they face. The visual splendour, intertwined narratives and aggressively anachronistic music of Hugh Hudson’s Chariots of Fire (1981) combined to create a masterpiece of British understatement whose popularity rapidly obscured its radical nature.

“Finally, no examination of cinematic suspense and visual storytelling would be complete without Hitchcock, and his technical virtuosity in Foreign Correspondent’s (1940) portrayal of the downing of a plane at sea provided inspiration for much of what we attempted in Dunkirk. All the films are screened on 35mm or 70mm prints. I hope you will enjoy the rare opportunity of seeing these incredible movies in their original analogue glory, as nature intended.”