The 2019 Charity Film Awards celebrated the variety and creative quality of the charitable sector’s short filmmaking, with the night’s main prize going to Child Bereavement UK’s film about loss, grief and rememberance. 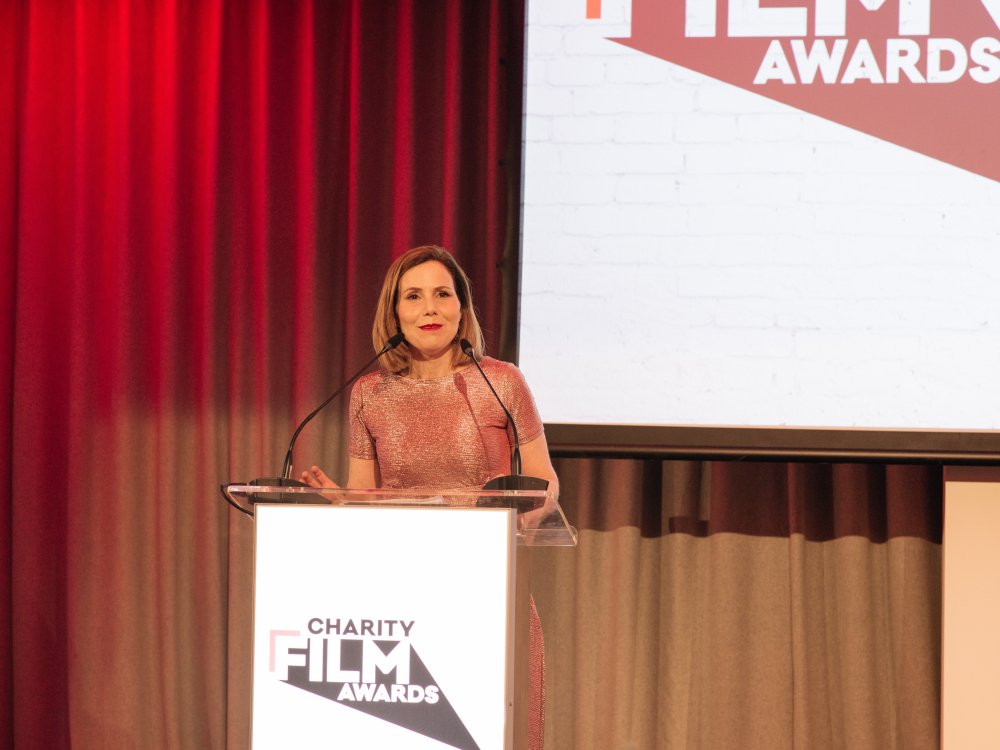 Last Friday, Sally Phillips hosted the UK’s third annual Charity Film Awards. It was an evening of laughs, tears — and much food for thought about the relationship between screen and society.

In many ways, charity film is a microcosm of screen history itself. Charity filmmaking got going early in film history, saw great growth in the sound era, gracing both cinemas and village halls, and then migrated to TV, becoming a familiar genre of telly advertising. And today? It’s booming. Whether measured by volume, by viewing figures or by creative quality, our era’s charity filmmaking arguably dwarfs any other’s — thanks, of course, to digital production and online dissemination. The technologies of our time both enable and necessitate Third Sector engagement with creatively produced, strategically distributed moving image.

Moreover, charity film comes in pretty much every form that film itself does: drama, documentary, animation, even comedy. All four were in evidence on Friday night. According to the Charity Film Awards founder, Simon Burton, the core purpose of the Awards “is to create a storyline that helps charities engage with their audiences to view and support their videos. The awards provide that reason to engage”.

This year, he notes, saw “more use of social media by charities”, “a slight shift to animation” and “the biggest Charity Film Awards yet… 50,000 members of the public voted, with millions of social media interactions.” No fewer than 400 films were entered. A lot, yes, but a small proportion of the number of charity films now being made, which must number in the thousands annually. It’s notable that the prizewinning films were at least as often made to win viewers’ hearts and minds as the contents of their wallets.

Charity Film Awards nominations are categorised not by function or genre but by the overall annual turnover of the nominated charities. Across all the categories, the aesthetics and tone of winning films varied enormously. They extended from the homely, as in Believe: Organ Donation Support’s film aimed at schoolchildren, which won the category for charities turning over £10k to 100k p.a…

… to the stately, as in this piece for social exclusion and mentoring charity The Grasvenor Project, in the £100-500k organisations bracket…

… to the punchy, as per this advertising agency produced signs-and-symptoms primer for Breast Cancer Care, which won the £5m to £50m charities category…

… to the crowd-pleasing: the RSPCA’s Christmas campaign video, which picked up the gong for bodies turning over more than £50 million:

Brevity is often a virtue in charity film, as in all online video, but sometimes a message merits unpacking at greater length. Two separate awards were reserved for longer form pieces, defined as running over five minutes. One went to the David Attenborough-fronted The Living Thames, which is an hour long, and the other to a six-minute NSPCC ChildLine film, originally made as a VR experience (the 2D reversion is below), which takes viewers inside a Childline centre where harrowing calls are received.

Current NGO experiments with 360 video and VR confirm the wider truth about moving image media that, when used well, they are among the greatest of all empathy tools. This was powerfully proved by Friday night’s overall winner. The Best Charity Film of the Year went to the winner of the £500k to £5 million category, Child Bereavement UK.

True, you can hardly go wrong with such emotive subject matter, but this fine film admirably balances deep emotion and elegant restraint, and the input of both celebrities and ordinary members of the public, bonded by the experience of bereavement.

But for my money, the best film of the night was The Mouse, a two-minute animation that won the lowest financial category, recognising charities turning over less than £10,000 per year, in this case Voicing CSA. It’s gratifying proof that the art of charity film ultimately depends not on the commissioning charity’s wealth or eminence but on the quality of the idea that client and creative create to communicate their message. Produced by animation company Slurpy Studios, The Mouse has already led several lives, having first been made to encourage abuse survivors to engage with the Independent Inquiry into Child Sexual Abuse and then going on to be used as a training tool by several police forces and NHS services.

The charity filmmakers of a century ago would be amazed – and delighted surely – by the impact and the sheer variety of the work their descendants are producing right across the voluntary sector. Roll on Year Four.